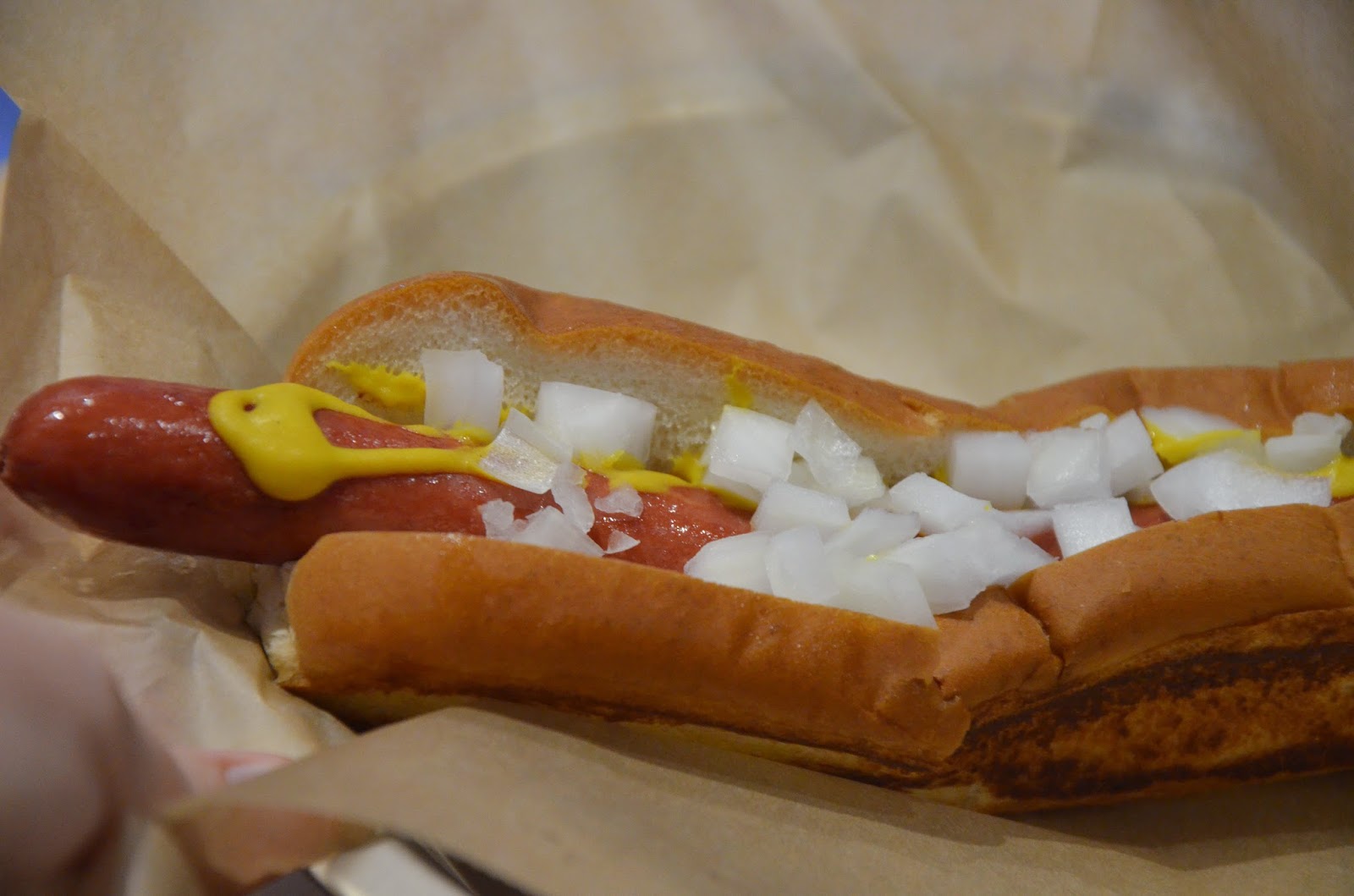 The hot dog. Love it or hate it, it's a huge part of our foodie culture. It's about as American as apple pie.  Of course, in our area, most of the hot dogs offered by eateries, restaurants, stands, carts and hot dog vendors are Chicago-style. You know - where they load on mustard and relish and onions and cucumbers and all that and never, ever add ketchup. And if it comes on a poppy seed bun, that's the icing on the cake.

Well, I tried a hot dog recently that I liked as much as our beloved Chicago-style dogs. It's a New England-style dog. It's a long Vienna beef dog on a special roll. When I attended the opening of the Munster location and listened to some of their marketing people talk about the products, I was surprised to hear that these rolls are flown in from New England because they couldn't find a Midwest producer to make them. Meatheads toasts them on outside, which I love. Then they put two - only two -condiments on them. Mustard and diced onions. That's how they do their dogs. And they are pretty dog gone good! ;)

Today, in honor of National Hot Dog day, you can pick up a New England-style dog at Meatheads for just $1.50. They're also running a contest for best picture or video! My dad and I went to Meatheads when the Munster location first opened. He lives just down the street and had been anxiously awaiting their opening. He tried the burgers and became a fan. Now he is looking forward to trying out the hot dogs. He has had this day on his calendar for a while, so I'll be taking him to introduce him the hot dog, New England-style. :) He even has an idea that he thinks may win him the best photo prize. :) 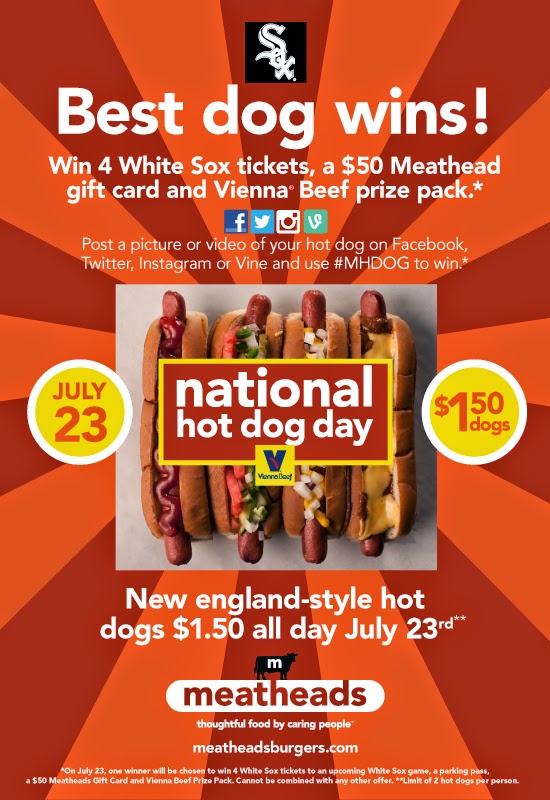