I made a big batch of chicken in the crock pot this past week by simply adding a half jar of salsa and a little water to about 6 boneless, skinless chicken breasts. I pulled it out of the fridge intending to make some chicken soup, but also thinking of some other uses for it. I've only made chicken chili a couple times, so I thought it was a good time to try again. I started with some of the usual chili ingredients that I use when I make it with ground beef and I went from there. 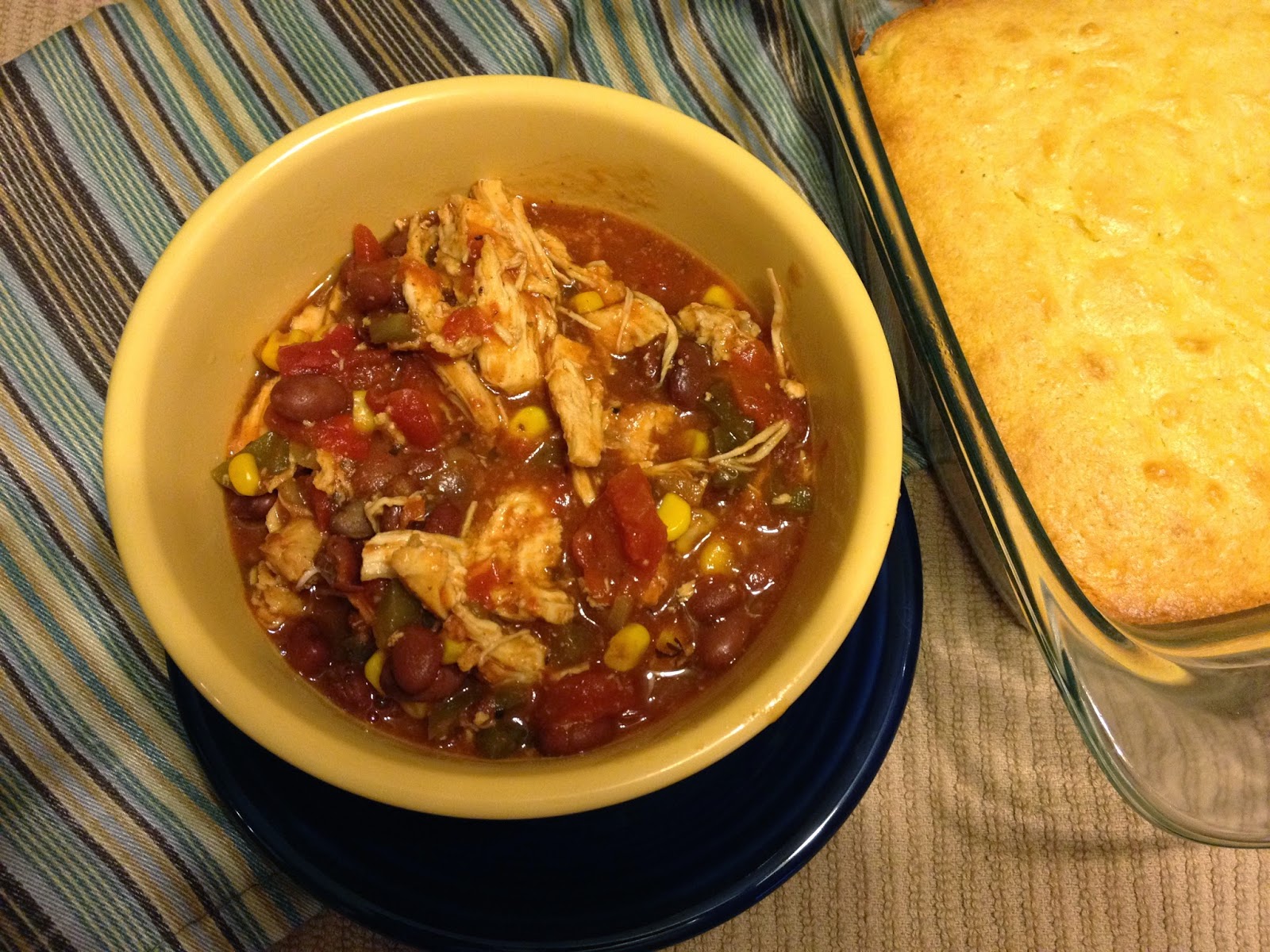 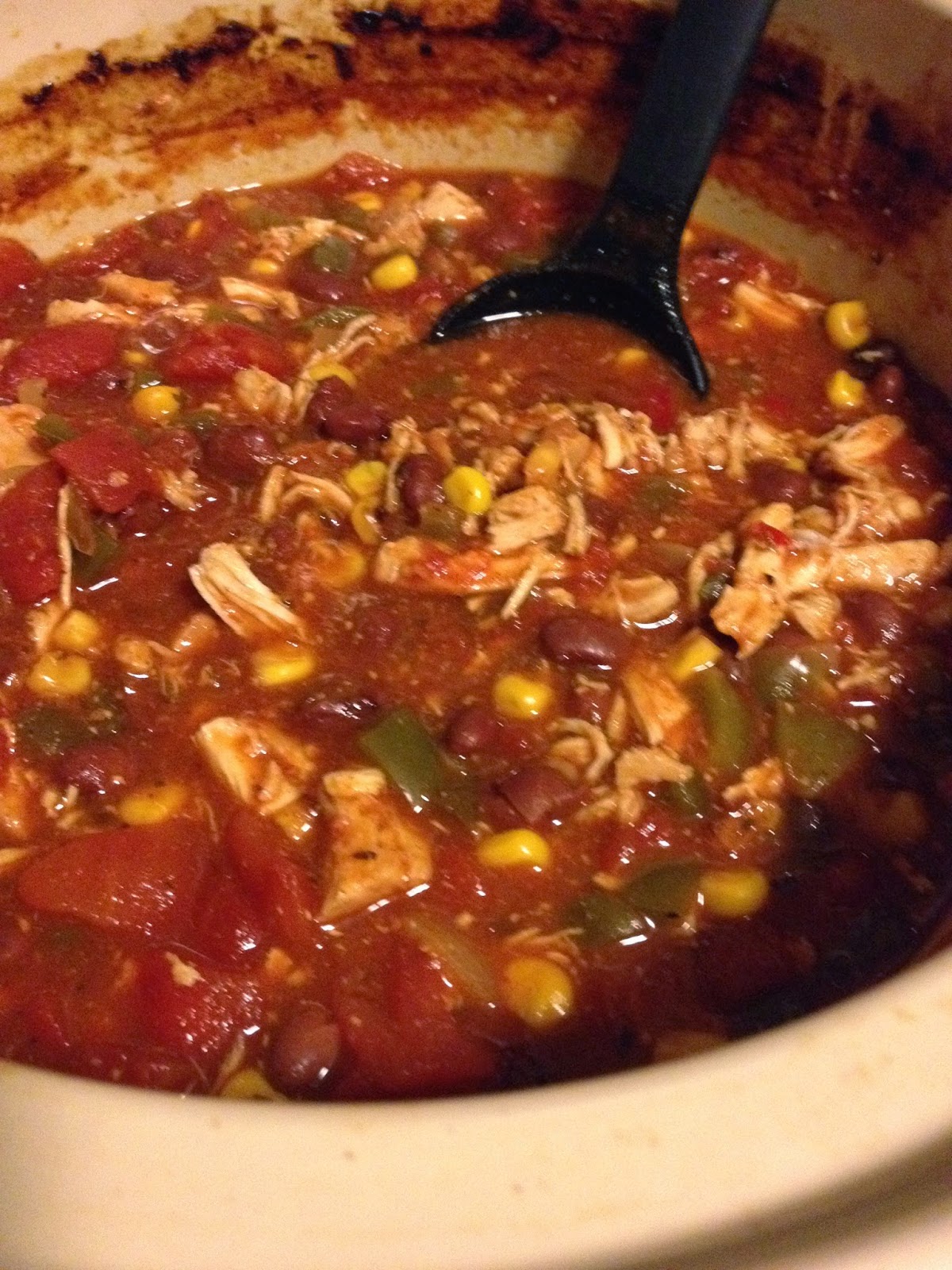 I put it all in the crock pot on high and a couple hours later I remembered that I had a Mexican corn blend in the freezer, which included corn, black beans, onions and peppers. I added about 1 1/2 cups of that vegetable mix and covered it back up. I cooked for about 3 more hours until the peppers were soft, pulled out the chicken and shredded it and returned it to the pot. I gave my 15-year-old the assignment of making cornbread to go with it. It was a nice departure from the usual chili and tasted pretty fantastic. I'm sure it will be even better after a day or two in the fridge. :) 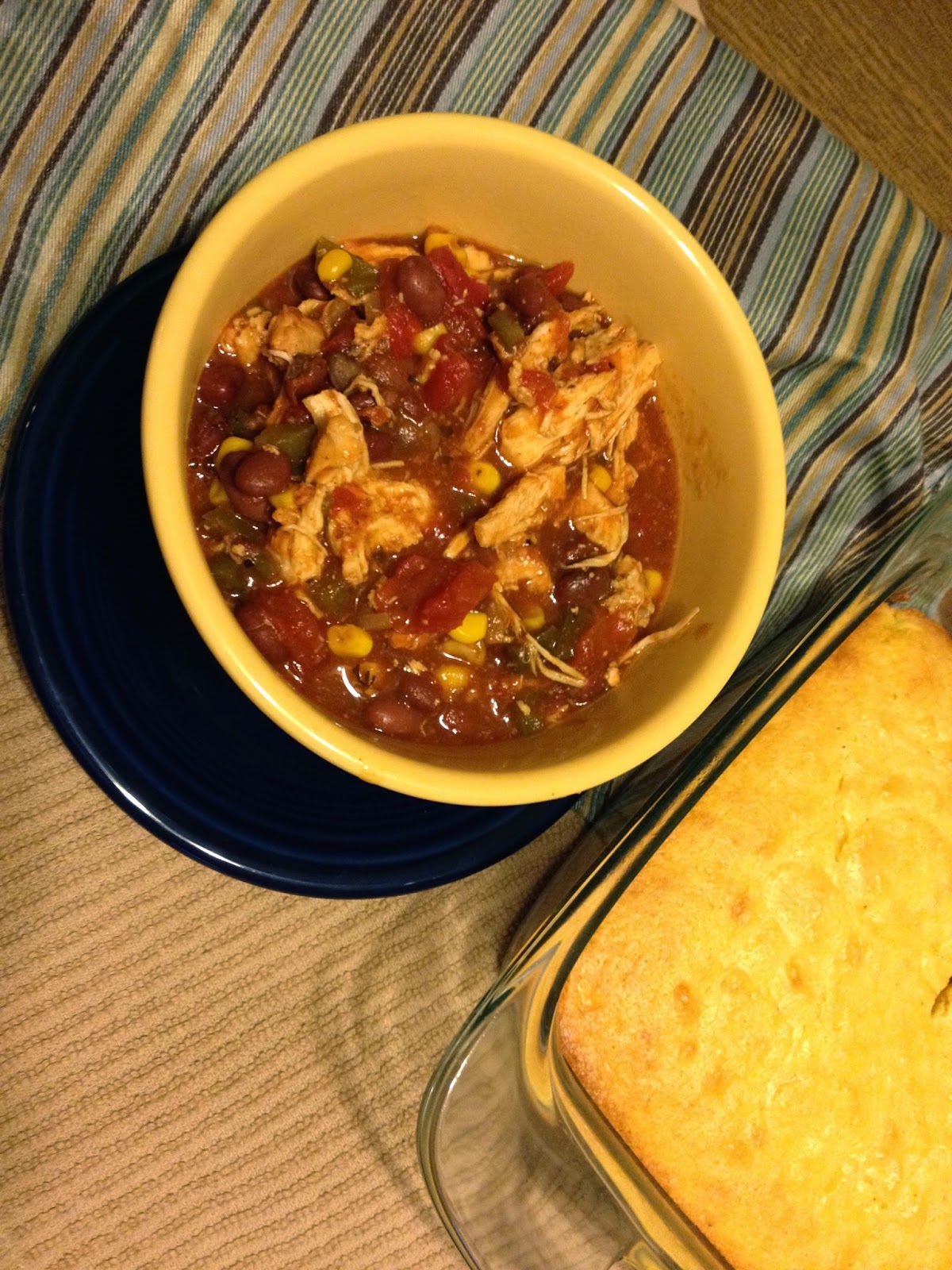 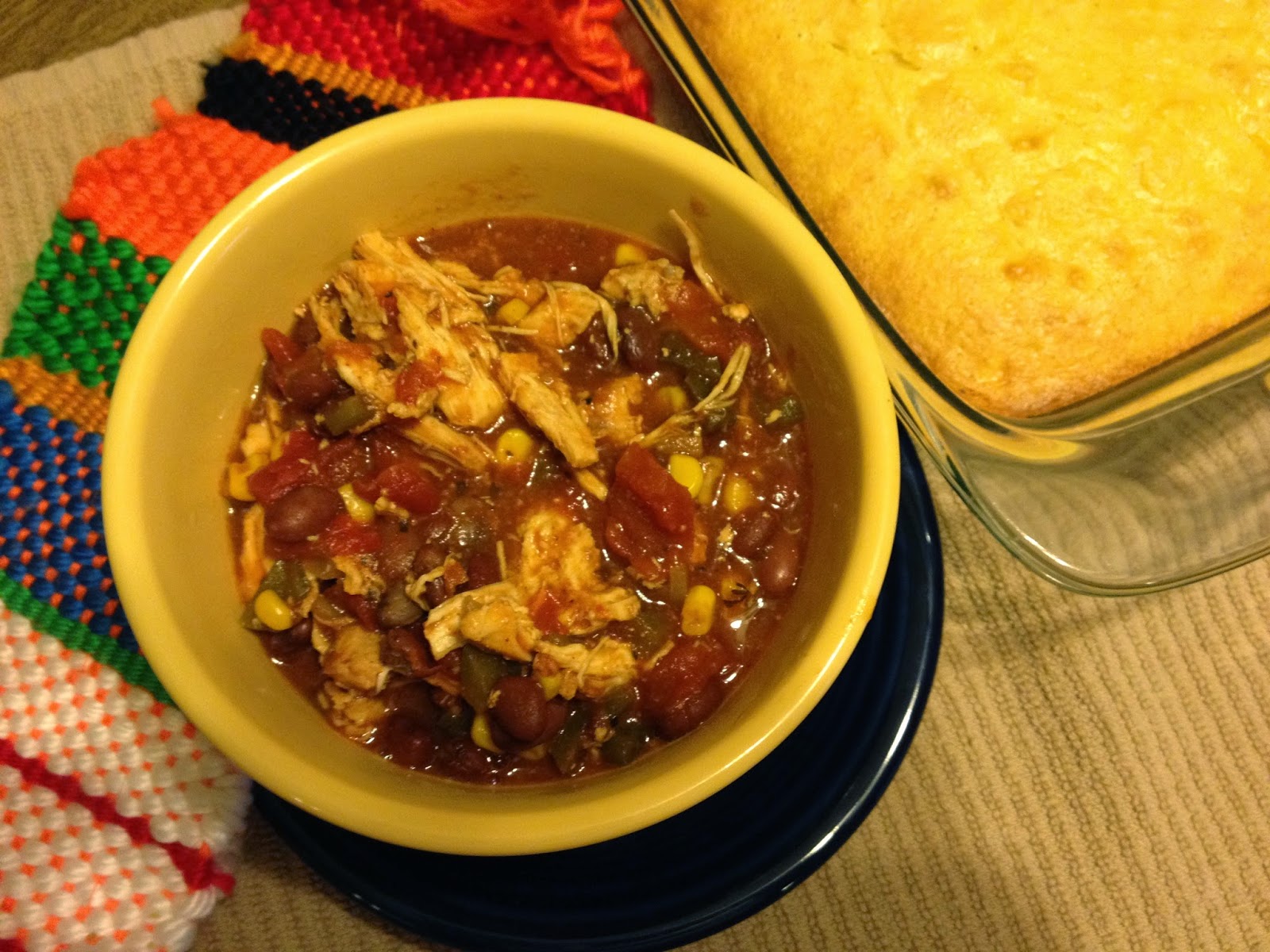