Steak n' Shake is a favorite of my kids. They like the burgers. They like the fries. They like that they get a little cardboard car to assemble while they wait for the food. They especially like the milkshakes. I like that it's nicer than having fast food with wait service and real plates, but they are faster than most sit down restaurant. The prices are also very reasonable and it's typically less expensive than a fast food drive-thru. Kids meals at 2.49? Name a fast food restaurant that can match that.

Anyway, our most recent trip was with hubby and 4 of our 5 sons at the Steak n' Shake in Gurnee as we were leaving a weekend visit at Key Lime Cove.

I scanned the $4 and under meal menu and got a garlic burger that was no doubt unhealthy, but so, so good. The burger was topped with cheese and then a buttery garlic spread went on the bottom of that top bun. Then there was more garlic and butter on top of the bun. I'm a big garlic lover and I really enjoyed this guilty pleasure. Love those skinny little fries, too. 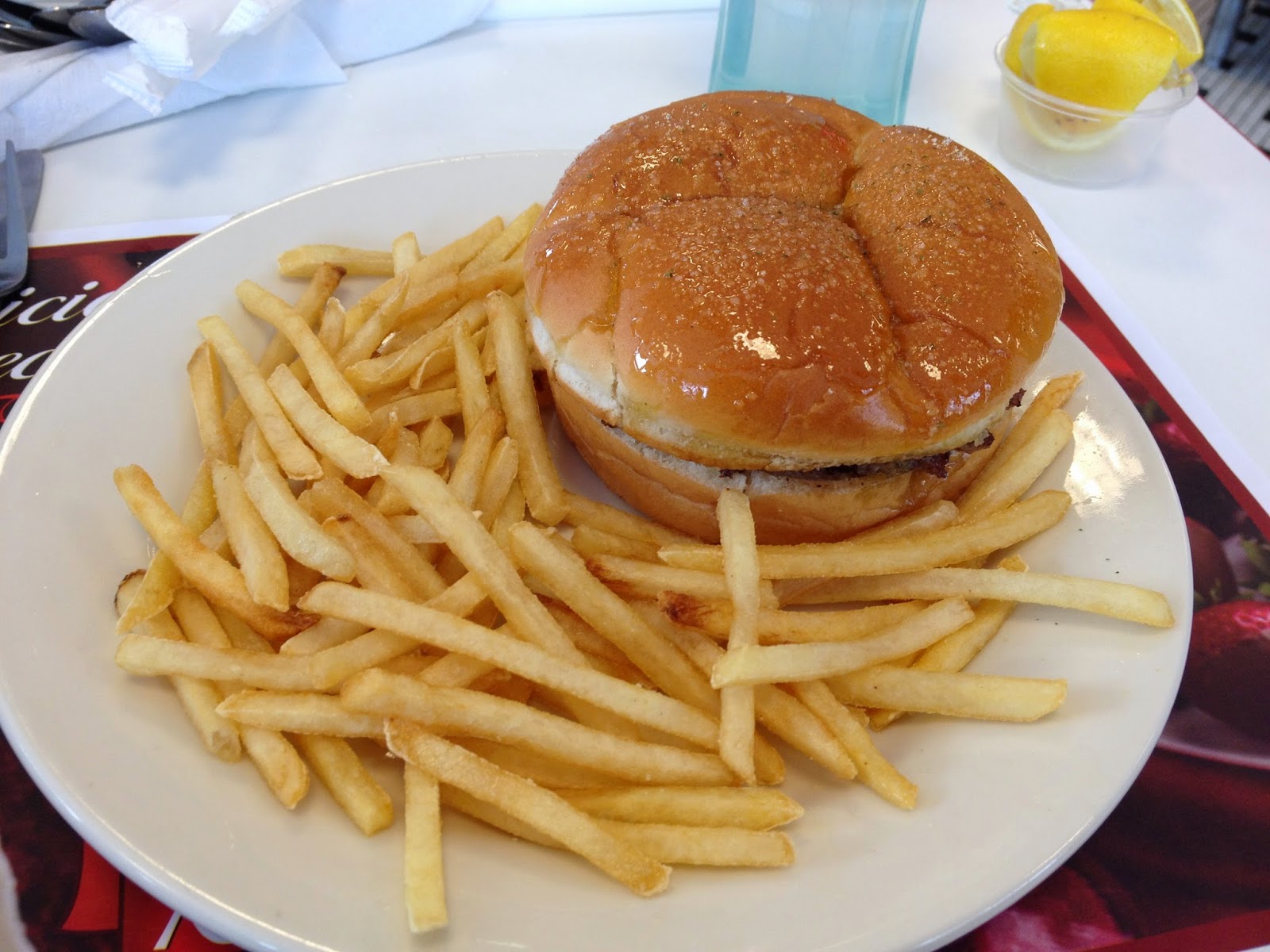 Hubby went with the foot long All-American hot dog, which was split down the middle and grilled and served on a grilled bun with onions and that super bright relish as well and mustard and - unlike a Chicago dog - KETCHUP, too. :) 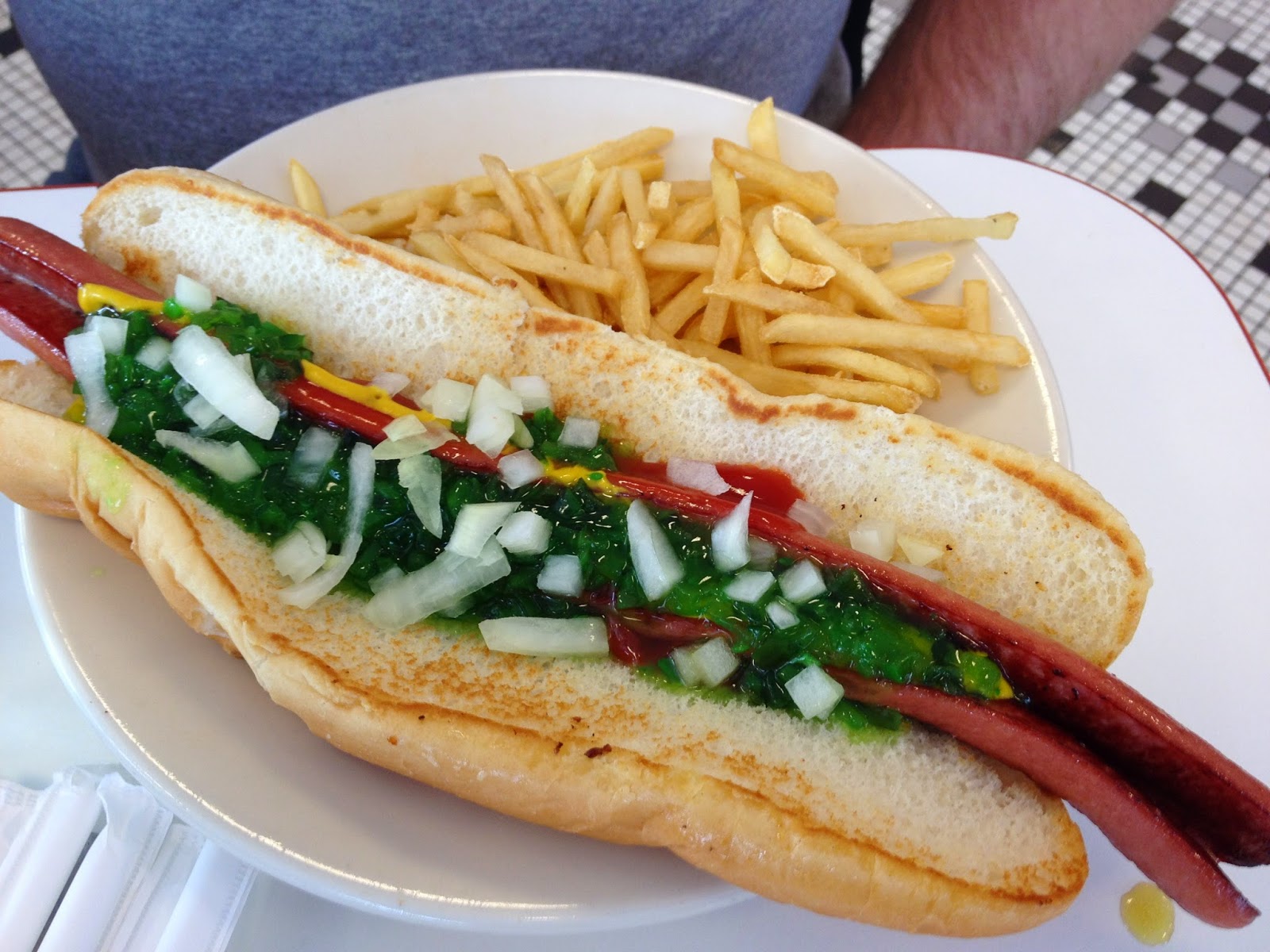 My 15-year-old had a bacon cheeseburger. 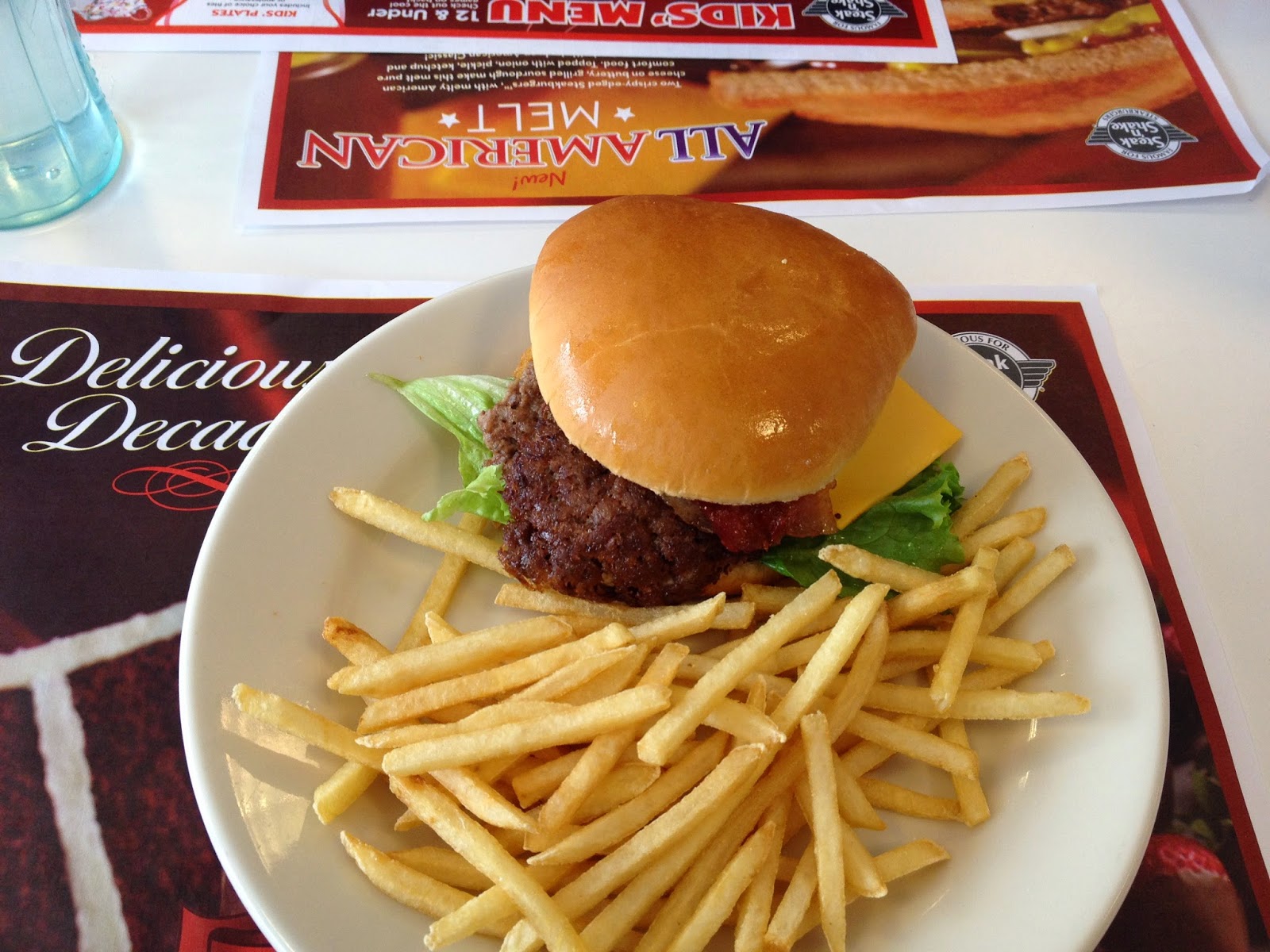 And the two youngest boys got the mini burgers, also referred to as "Shooters." They are pretty cute. I was surprised, though, that they both finished off their entire meal. I bought them each an extra shooter. They were incredibly hungry after an afternoon in the water park at Key Lime Cove. 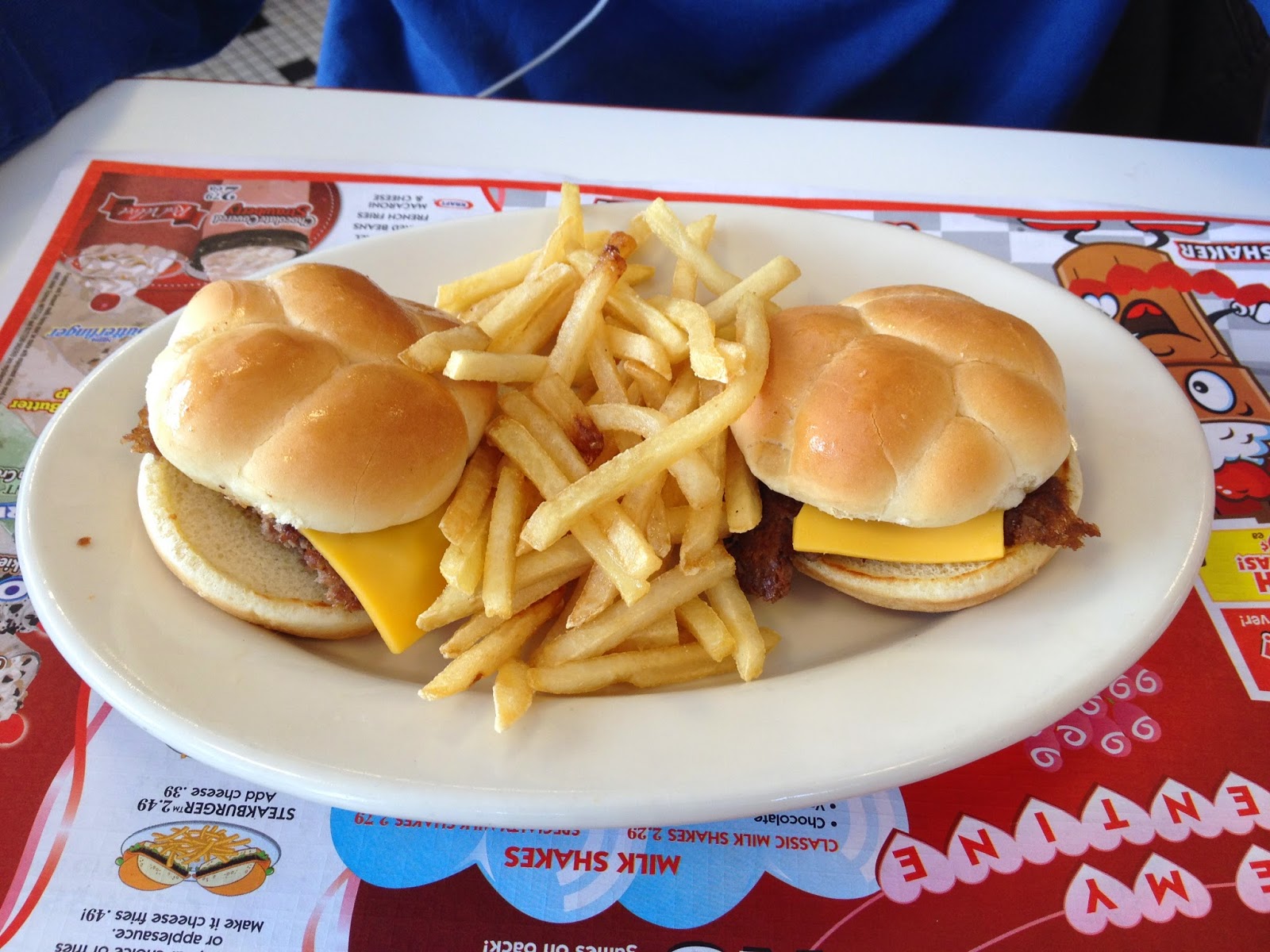 I told my 13-year-old I didn't need to take a picture of his boring old plain single hamburger. So, he stuck some fries in the top and said, "It's no so boring now, is it? Take a picture!" 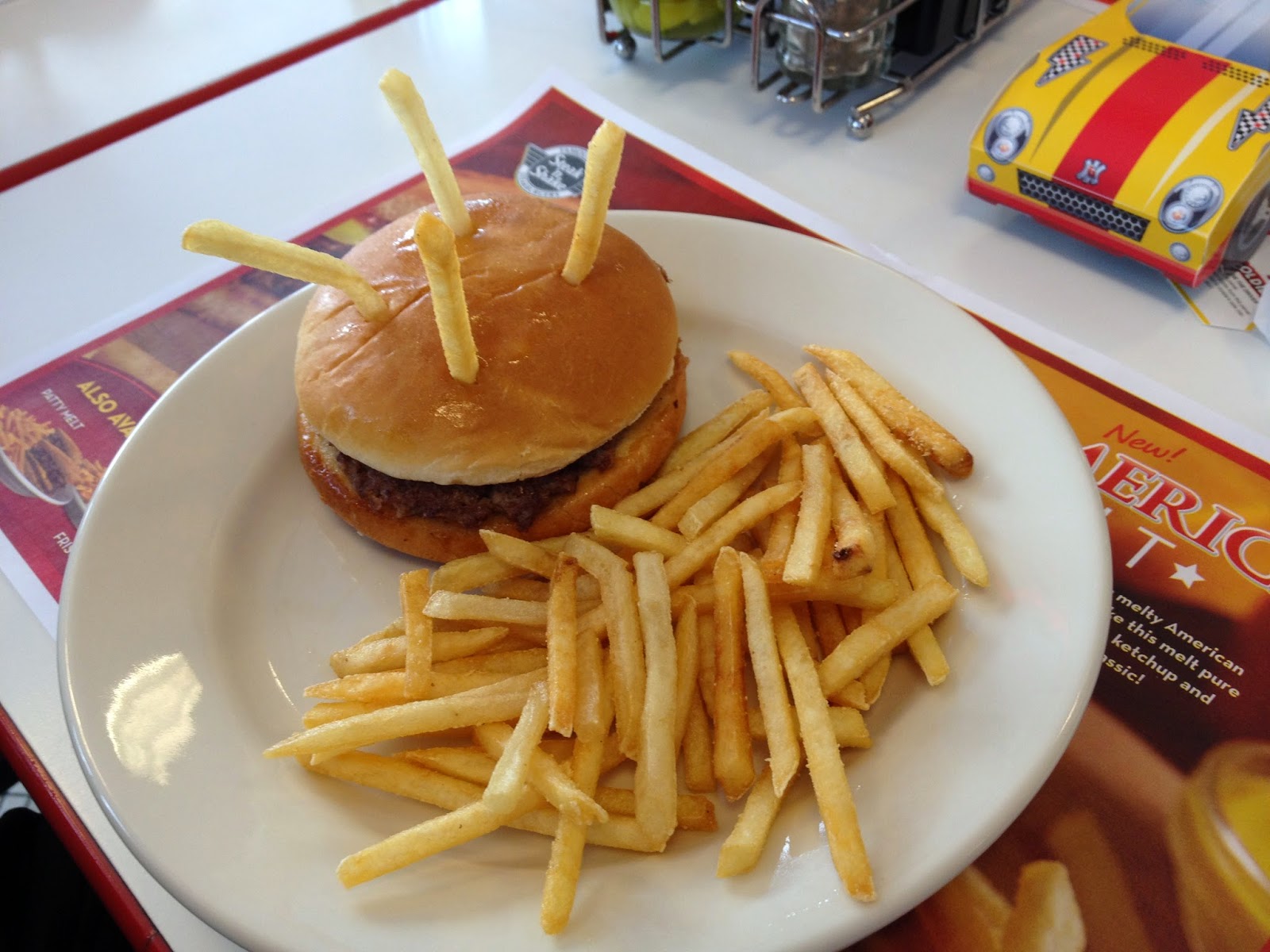 And you can't go to Steak n' Shake and skip the shake! Here's an Oreo shake with a Butterfinger shake in the background. 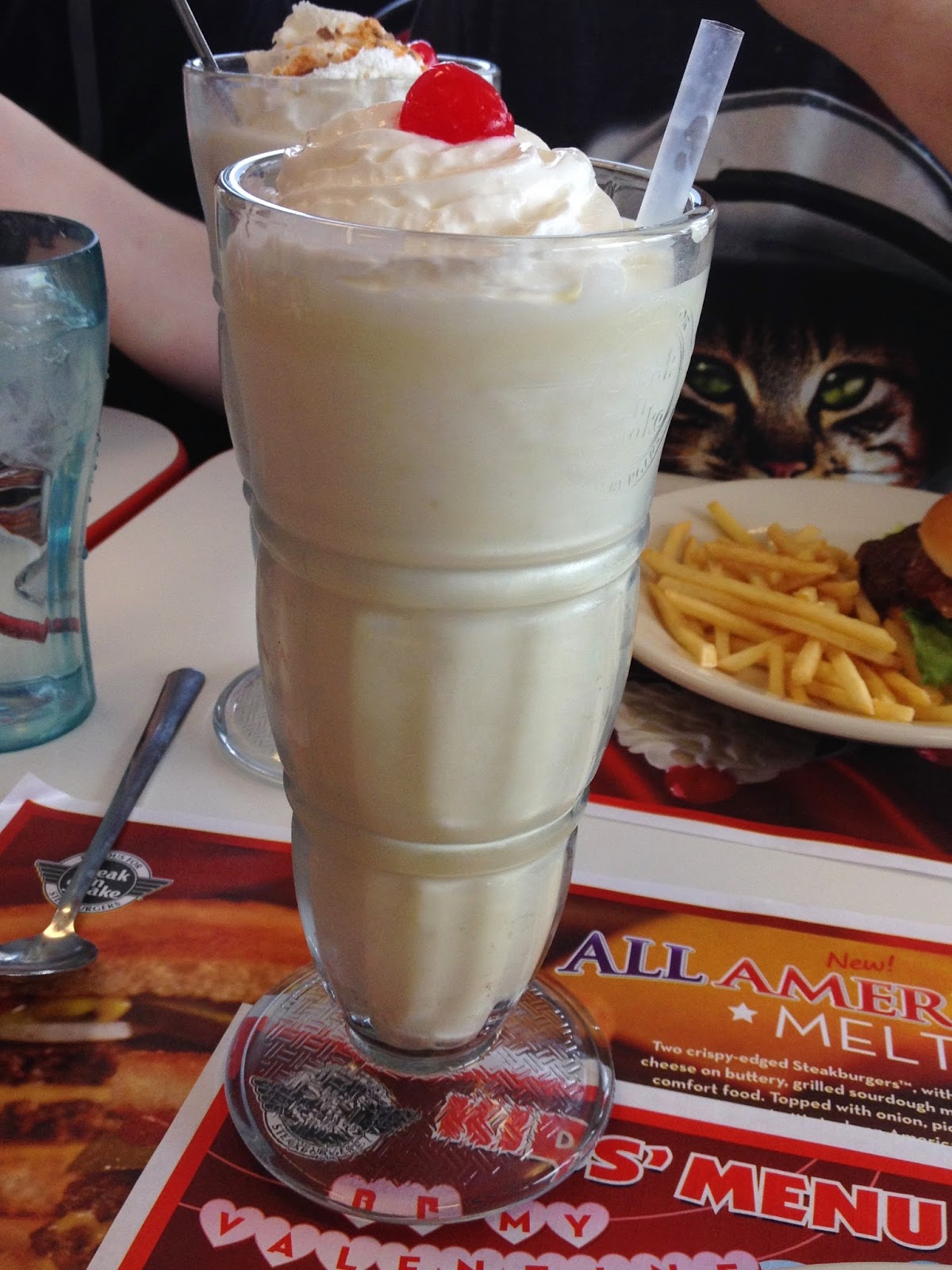 And another Egg Nog Shake shot. 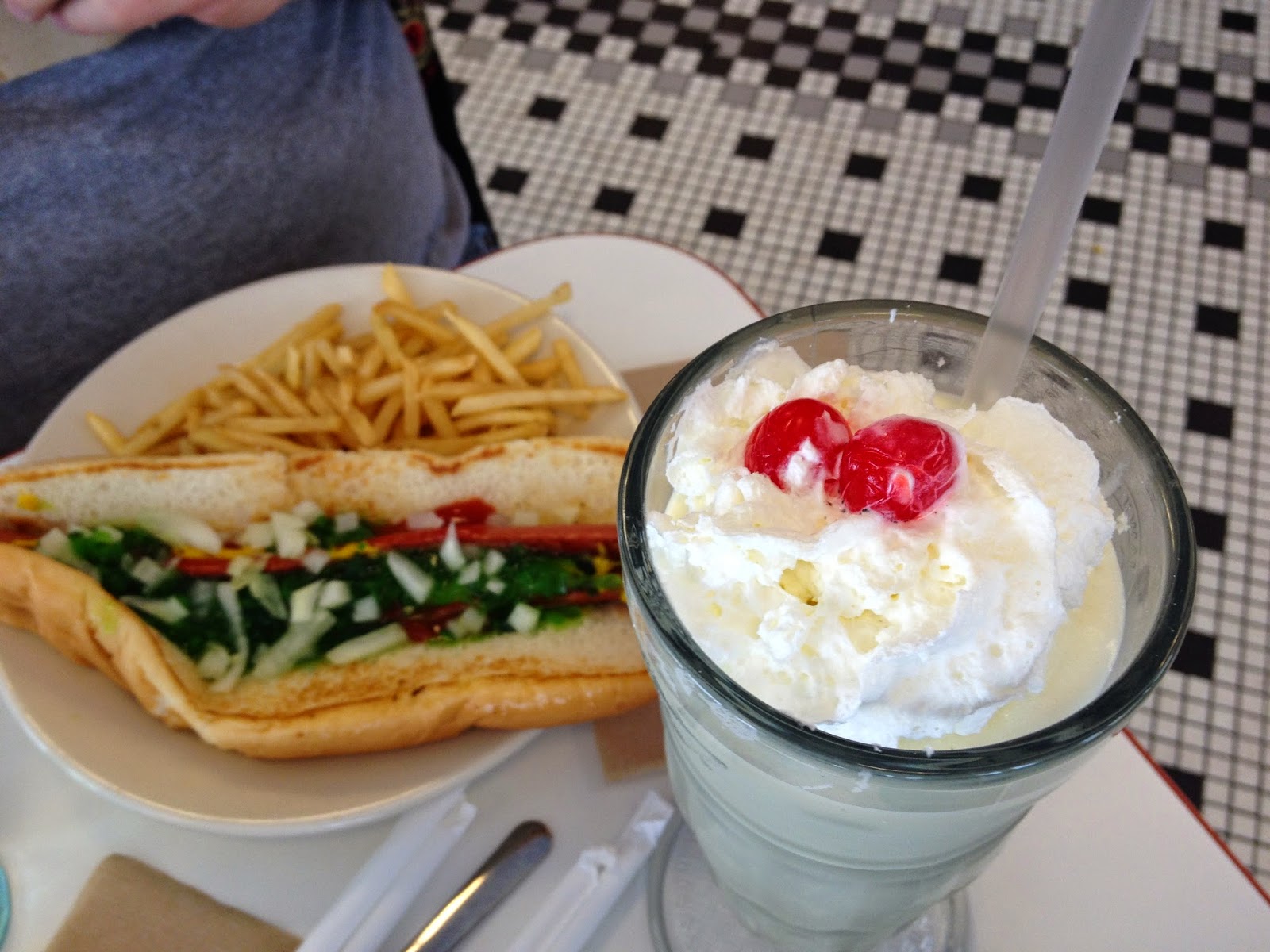 I got a junior size of the Peanut Butter Snickers. :) 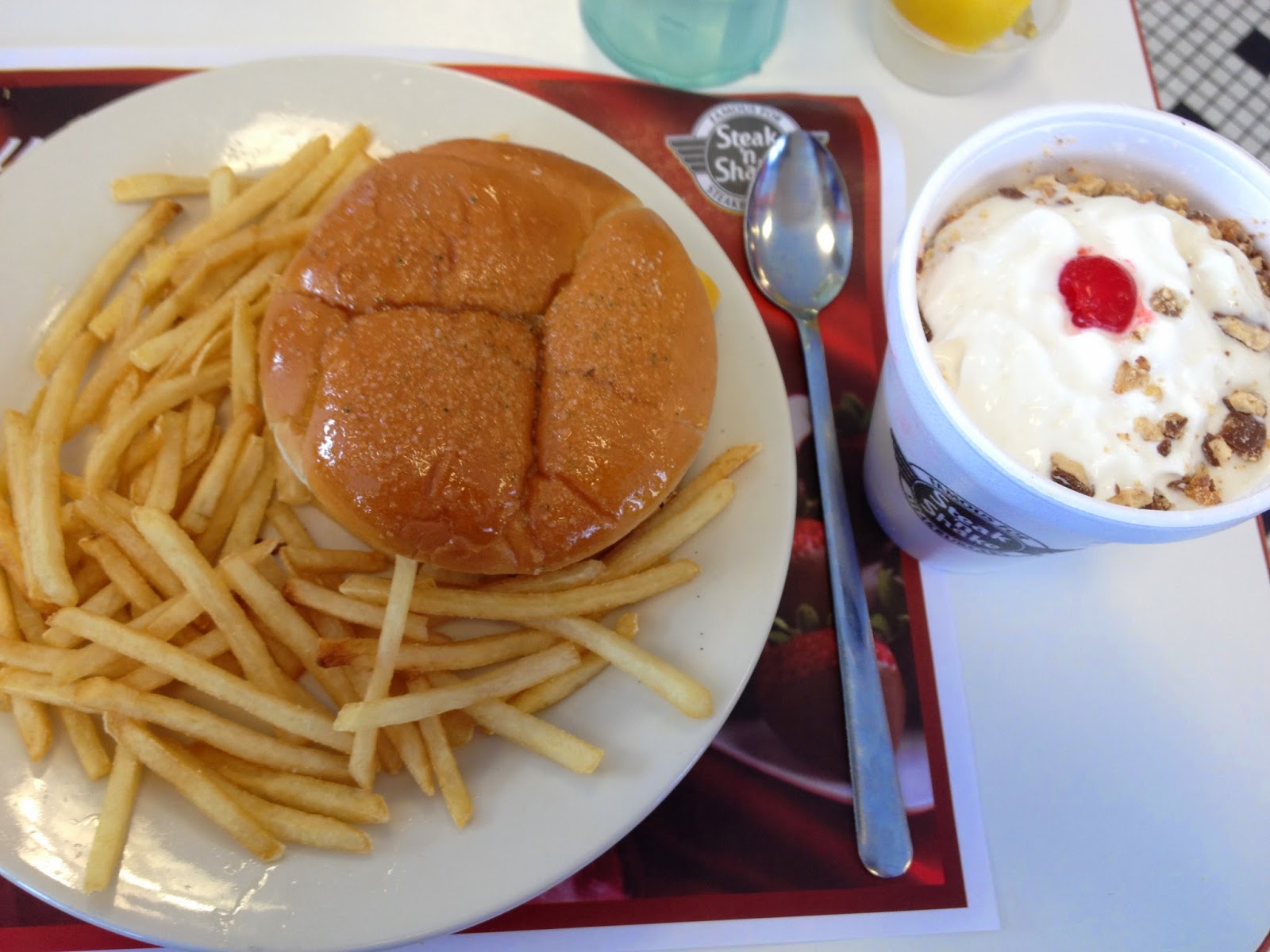 Hopefully there's a Steak n' Shake near you - and if not, be sure to stop and try one out on your next road trip!