In the town I live in - Lansing, Illinois - we have been patiently waiting for a new restaurant to open and it's finally happened. I was lucky enough to have an opportunity to attend their friends & family preview night a few weeks ago.

The first I heard about the restaurant was when one of the owners stopped into the Lansing Historical Society last summer, when it was my night to be there as a volunteer guide, asking if we had any information on someone named Joe "Bohemian Joe" Sorna.

About a century ago, Sorna ran a hotel (which would have included a dining room and tavern) on the north end of town in the neighborhood that was then known as "Bernice." All we had in our files was a copy of this photo of Sorna, his wife, Katie, and his stepson, Charlie Zitek (who would later become the Lansing Police Chief) standing in front of the hotel. As excited as I was about the historical link, the foodie in me was even more excited about the restaurant he said they planned to open. They wanted to name it Bohemian Joe's after their relative, Joe Sorna. 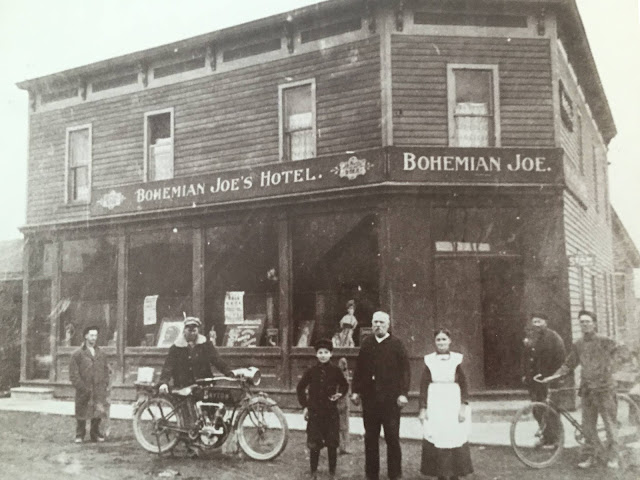 So, fast forward a few months and after a lot of remodeling and planning, Bohemian Joe's opened in the former Popolano's building at 17940 Torrence Ave.

When I was there for the preview night, I had the opportunity to try several of the menu items. I was really impressed by the creative dishes and the cool, new decor. It's so fresh and modern and different than anything else in town. 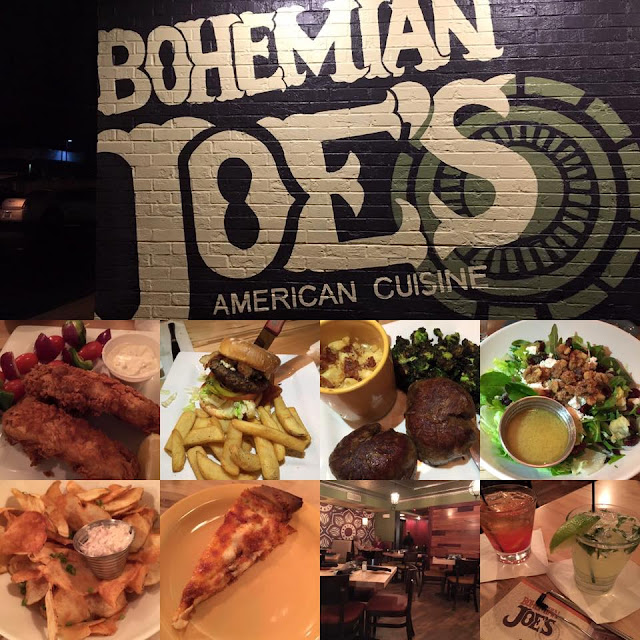 We started out with the house chips and freshly-made French onion dip. Who doesn't love a big bowl of crispy chips? The accompanying dip was delicious. 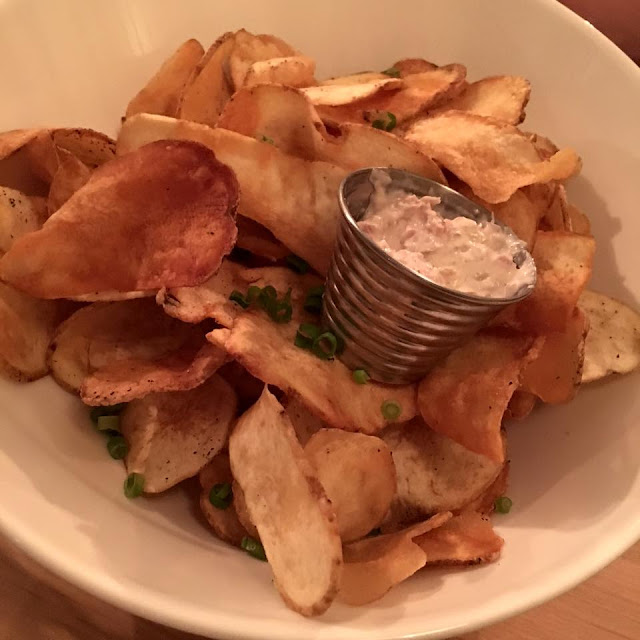 There's an extensive cocktail menu and also a great variety of craft beers. 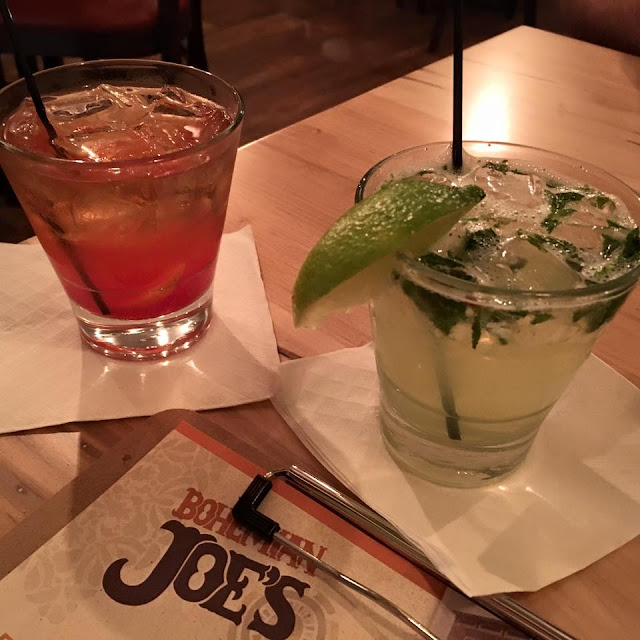 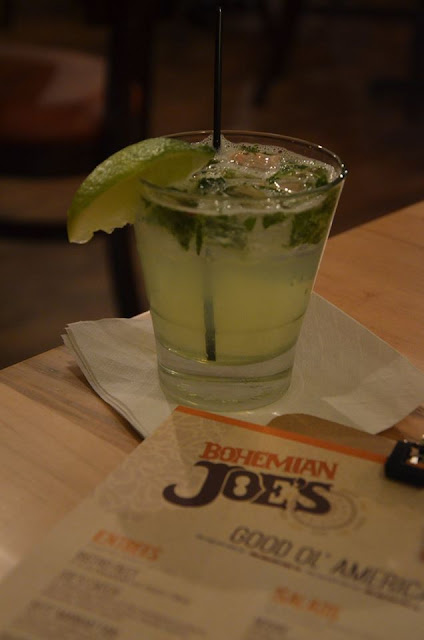 Samples of pizza were brought around to tables and I fell in love with the crispy crust. I can't wait to try out a full pizza on an upcoming visit. 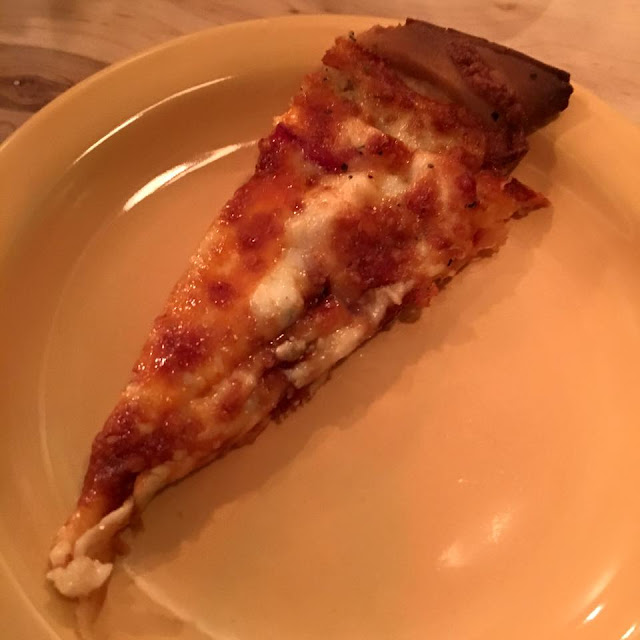 These chicken sliders were fantastic. My son ordered them, but they looked so good, I insisted on trying a bite. 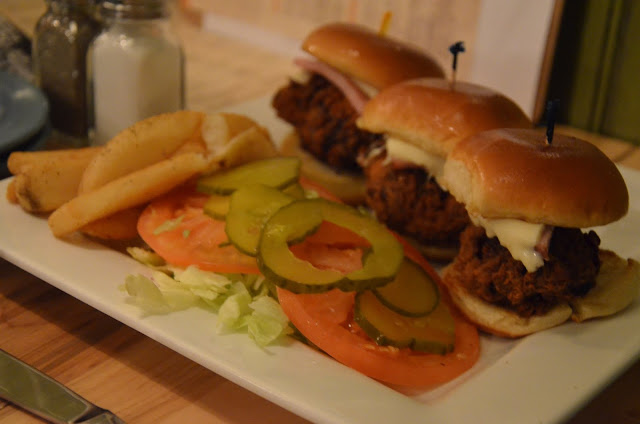 I'm a salad freak and this apple feta salad was beyond amazing. 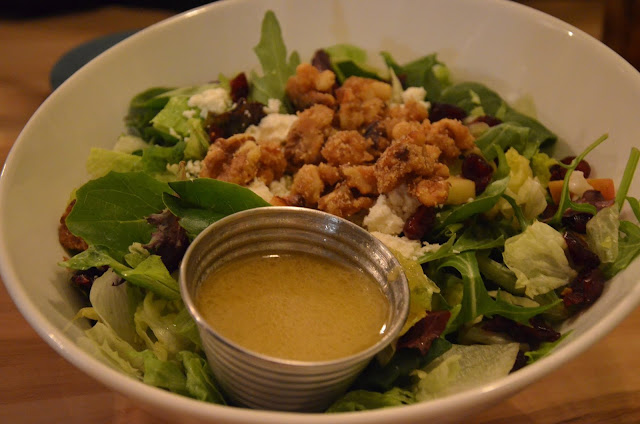 My son ordered the Bleus Burger and I had to sample it, as well. It was so good that the next time I stopped in, I ordered it for lunch. 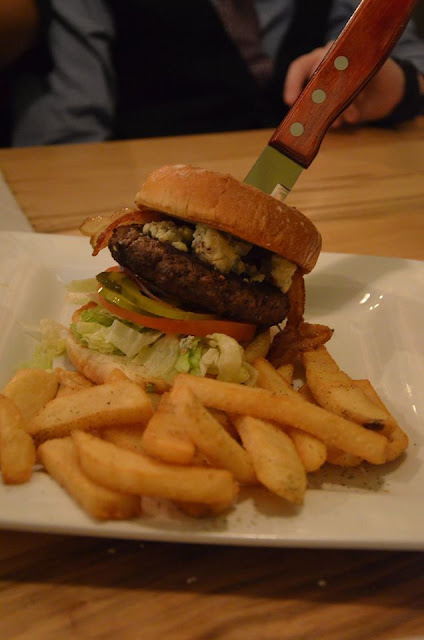 My entree for the evening was the Joe's Catch, a battered pollack that was absolutely perfect. If you're looking for a spot for some good fried fish during lent, it is definitely worth making the trip for this! 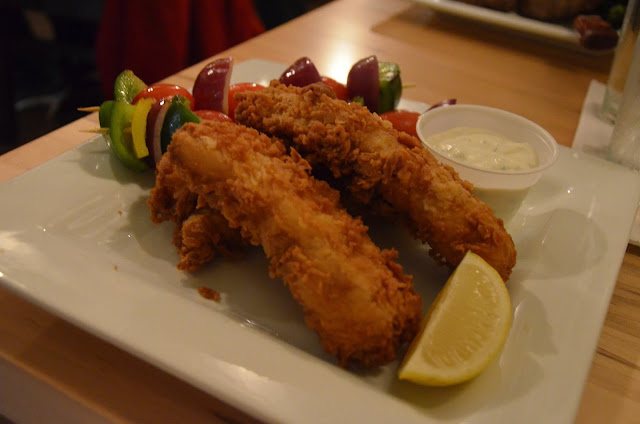 The restaurant is still in the "soft opening" phase and they aren't doing carry-out yet, but they are open Tuesday through Sunday for lunch and dinner. I love the vibe of the place and the new decor and I look forward to trying out more menu items on future visits. Even if you don't frequent the south burbs, this is a spot that will make it worth the drive. It's just a couple blocks south of I-80/94 at the Torrence Avenue exit. With a variety of unique dishes and updated classics along with an extensive drink menu, you're sure to find something you'll like. If you haven't been there, make plans to try it out - and tell them the Chicago Foodie Sisters sent ya! :)