$8 Ramen This Month at Miku Sushi March is National Noodle Month. And while "noodles" may initially have you thinking of pasta dishes, there's another uniquely wonderful dish that shouldn't be forgotten - ramen. This Japanese specialty is a hot trend in the food world these days - combining savory flavors of egg noodles, soft boiled egg, pork, vegetables and spices in a rich, soothing broth.

Miku Sushi's version of ramen is authentic to Japan and light on oils or added salt. There's a mild option (regularly $13) an also a spicy one ($14) but during National Noodle Month, you can try either one for only $8. And while this Lincoln Square spot is known for its sushi, it's ramen is equally as good.

Be sure to get in this week to take advantage of the $8 ramen. My sister-in-law and I visited recently and they did a split for us as we also enjoyed some of the maki, which during March is also on special for half price from 11 a.m. to 6 p.m. daily. Even the half order of ramen was sizable and satisfying.

The restaurant is fairly new and the location previously housed Tank Sushi. It's a nice, serene escape when you duck in off the street - like we did on a day when it was pouring down rain. It's a casual, yet elegant spot where you'll enjoy some of the most delicious Japanese cuisine in the city. I'll share more on the rest of the meal in another post, so stay tuned. :) 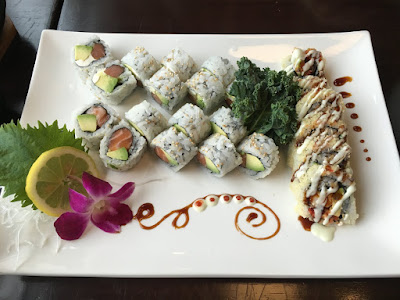 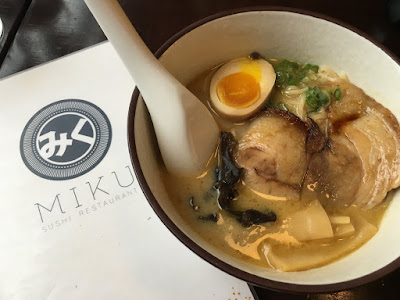 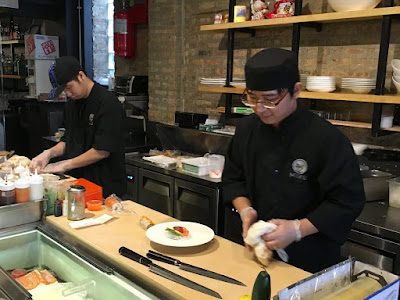 **I did receive a complimentary meal for the purpose of a review.  I was not compensated for this post. All opinions are my own.