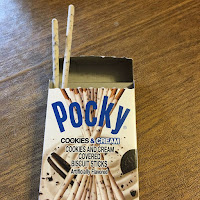 Over the years, my sister has had several foreign exchange students and through them I've been introduced to some pretty good tastes of their homeland. It's through them that I've fallen in love with such delicious items as Royce Chocolates and Tim Tams. But the first treat that I was introduced to that I became smitten with was Pocky Sticks. Yukiko had shared some with us at a family gathering and then at Christmas had a package sent from home with even more of the delicious treats in different flavors that she gave us as gifts. 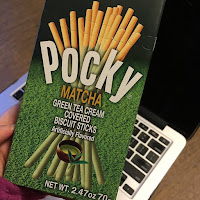 I've since found Pocky at a couple specialty stores and I always get so excited when I find them. I also recently looked at their website and learned that they can be found in the Asian food section or candy aisle at Kroger, Target, Safeway, Ralph's, Walmart, Public and Meijer. In the south suburbs of Chicago, we have Target, Walmart and Meijer, so I'll be sure to do a search on my next stop. 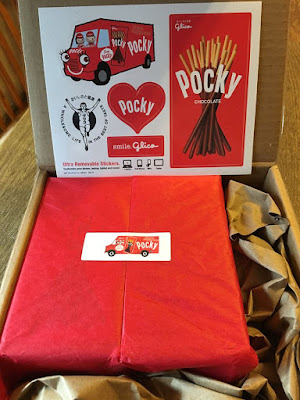 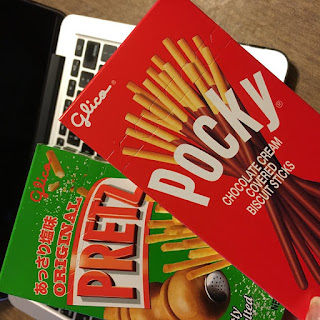 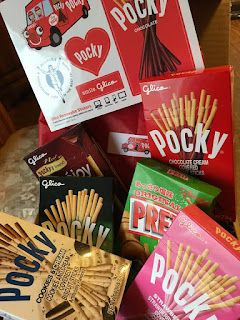 When Pocky contacted me a couple months ago asking me to help promote a contest they were running, I agreed and professed my love for Pocky sticks and they were kind enough to send me some samples of several different flavors. My kids, who are as big of Pocky fans as I am, were uber excited to see the package. Once opened, it was gone within minutes. The cookies and cream were the big winer among the boys. I love the original chocolate and also really enjoyed the green tea version. I also see that there's a new chocolate banana version, so I'll have to be on the lookout for that one, too.

If you haven't tried Pocky, go to Pocky.com for a list of where their available and a full list of flavors.