Ok, if you can believe it, I had never been to a Whole Foods up until last week. For years I've been driving by their distribution center in Munster, Indiana several times a week, yet we didn't have one close by. Until now.

The Schererville location opened earlier this year and I just hadn't made it there yet, but I'd heard many good things about it - especially about the dining area. So, as I made a shopping trip over to the Shops on Main over the weekend to use some soon-to-expire Kohl's Cash with my son, I made a detour to Whole Foods on the way. 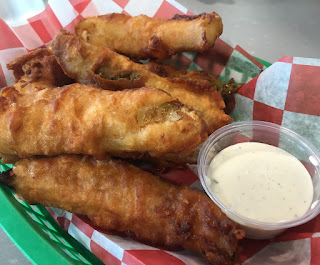 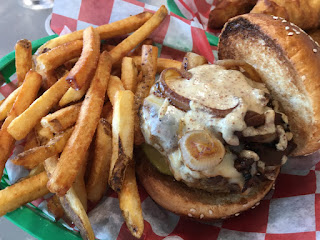 The kids hate when we set out for one store and I turn it into a multi-stop outing, but I also hate to shop when I'm hangry, so I insisted on a food stop first. In driving by I had seen that at the end of the building there was a sign for "Brewhouse 41" and I assumed it was another new eatery that had popped up. I didn't realize that Brewhouse 41 was inside Whole Foods. A friend has told me that they had good burgers at Whole Foods, but I wasn't expecting an actual restaurant. It's inside the store, but separated by windows and doors, so it feels like a completely separate dining room. It's not like it's really a new concept. When I was a kid, we would make family trips out to Kmart or Venture to do shopping and we'd have a bite to eat in the cafeteria. If you go further back (before my time), the Woolworth's dining counter was a popular place for the lunch crowd. It makes you wonder why we got away from it in our grocery stores today. Anyway, so it's not like Whole Foods came up with this revolutionary idea of putting a dining spot inside a store...but they did come up with the idea of putting a mini brew pub inside a store. And that's genius. And way better than a Kmart sub sandwich and a slushie. 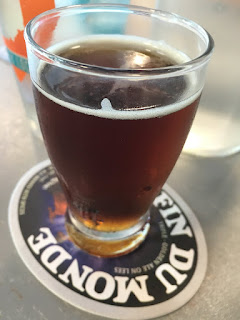 So, my son and I split a burger and an order of fried pickle spears. The menu isn't huge. I think there were three burgers on the menu, but they also have a burger of the month and that's what I tried. And it was spectacular. The "As Gouda As It Gets" Burger was a mix of ground beef and Italian sausage with smoked gouda cheese, carmelized onions, beer mustard and brown sugar apple slices. With it I ordered a 4 ounce glass of Sun King Brewery's Wee Mac Scottish Ale. I love to try new craft beers, but I just can't do full pints - at least not if I have to drive home. :) I love getting a flight where you get the small 4 ounce pours of several beers. So, it was great to have the option of a small portion. And it was just $2. Can't beat that!

As far as the store itself, it was a 90+ degree day, so I didn't want to get anything that would have to be refrigerated and I didn't have time for a big shopping trip. I'll have to return when I have more time. I did spot a few things that looked interesting and yummy - like the gelato and the salad bar. But whether or not I determine I'd like to shop there frequently, I could definitely get used to eating there. 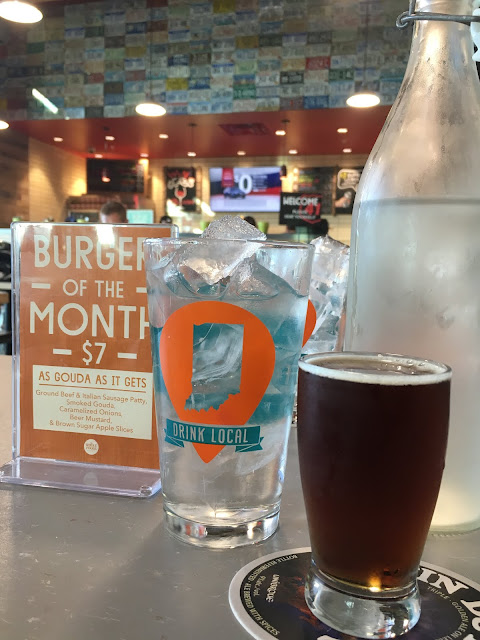 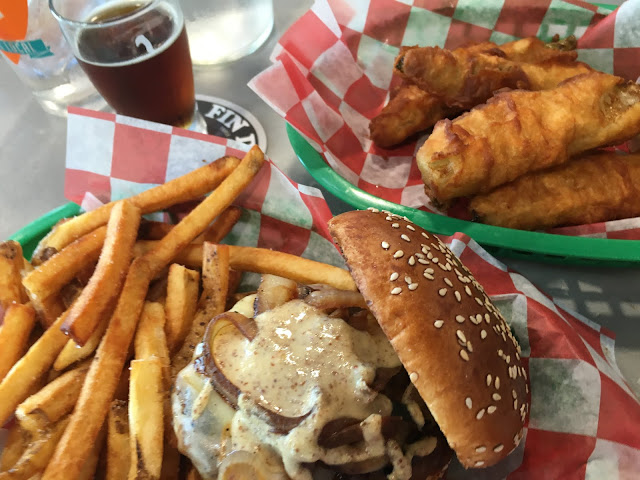