When I was writing an article recently for a local paper on dining spots in Highland, Indiana, I came across one I hadn't heard of. I don't live too far from that community and have visited many of the restaurants there, mostly on Indianapolis Blvd and a few in the older downtown area.

So, when the name "Town Club" was suggested because they've been in the region for decades, I was perplexed. How had I never heard of it? Well, it is located in the southeast corner of town that I really don't drive through very often. I mentioned it to my dad, who is my frequent dining buddy, since he lives in the bordering town. He said he'd never heard of it, either. He asked the address and said he'd look for it next time he took my mom to get her hair done, which is in that area.

After interviewing the owner, Mark Hines, and hearing about a lot of the menu items, I decided I'd have to give it a try. Dad was interested, too, so I told him I'd take him for lunch to celebrate Father's Day. The place dates back to 1947 and has that old school supper club feel with dim lighting and dark decorating - where you could picture Frank Sinatra sitting at the bar with a scotch and a cigar. You've got to love that. 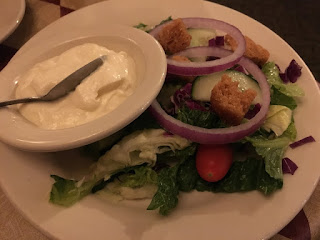 Since Hines had mentioned their "famous donut shrimp" I couldn't pass them up. They were very good with a light breading. He said that Town Club is the only place that makes them that way - and I can say I have never seen it before. 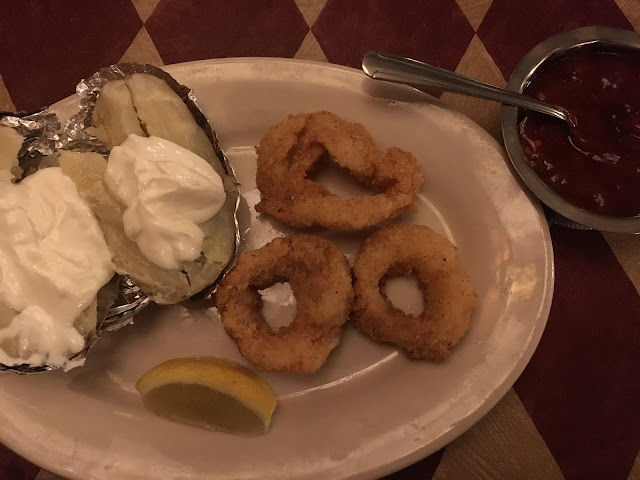 I did wrestle with my decision. There was a ribeye sandwich that sounded pretty good (according to Hines, they have great steaks) and I understand they are also known for their perch, so I considered that, as well. I'm also told they make great tacos that are served on Wednesday nights, a recipe that hasn't changed since the 1950's.


Dad  decided to get the cream of mushroom soup and then he decided to have the 1/4 lb. grilled Johnsonville Brat with french fries.  I look forward to a return to try out some of the other menu items. For more info, visit www.townclubon45th.com 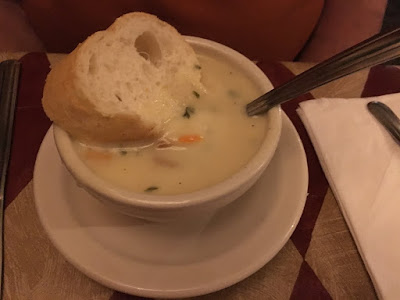 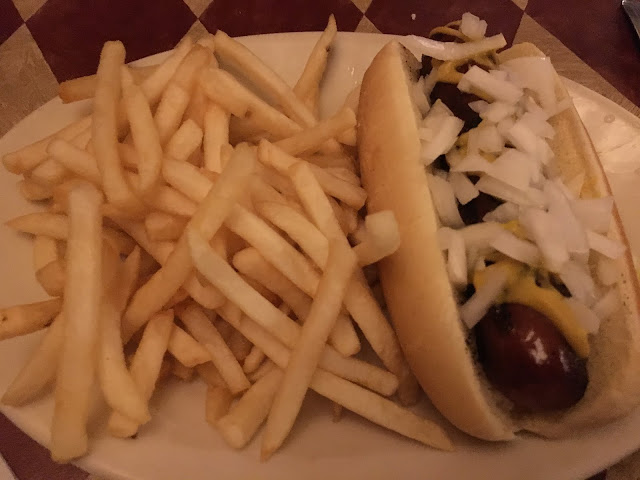 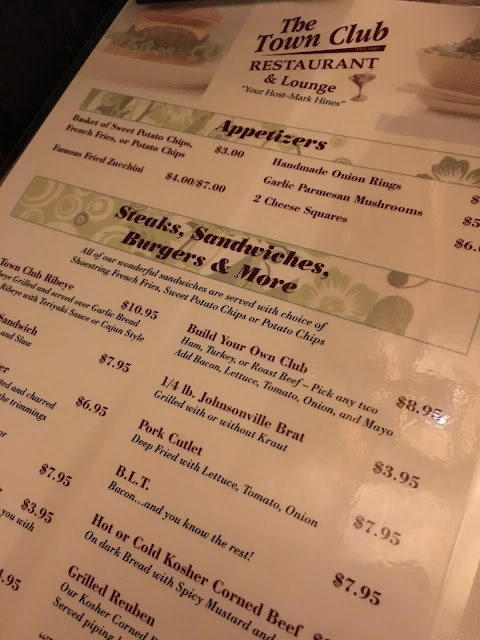