I love finding local products that I can use in the kitchen. I'd seen a few posts showing up in my feed in recent months promoting a new gourmet pasta sauce and I learned it was produced nearby in Munster, IN.

When attending Fetching Market last month, I met Vivi, who owns Sprigati with her husband. It's actually his recipe that is in the jars and I got a little sample while I was there. To me, it was so thick and flavorful that I instantly thought of it making a great pizza sauce. So, this week I pulled a bunch of ingredients out of the fridge and got to preparing some pizzas to make on the grill. Pizza is something I love to make on the grill. It's quick and easy and a great way to use fresh vegetables. I usually use tortillas as my crust. Sometimes I use French rolls or English muffins for the kids. I've even used portobellos as my base topped with pizza sauce, cheese and veggies.

Anyway, I used the large flour tortillas for these and I double them. It makes for a nice crispy crust as it browns slightly on the grill as the cheese melts. I also made some on Turano French bread. I topped each with Sprigatti and then made each one a little different. Only pepperoni for one of the kids, pepperoni and spinach for another. Mushroom and pepperoni for another. For me it was a veggie loaded version with red and orange peppers, onions, spinach and mushrooms. I used some pizza seasoning kits that I had gotten from Urban Accents, as well. The Grecian kit went nicely on my veggie one, which I topped with both mozzarella and feta. Would have been great if I'd had some black olives, too.

So, Sprigati gets a big thumbs up as a pizza sauce. I'll have to get another jar to make a pasta dish. It's also a great dipping sauce. I'm sure it would be fabulous with some fried mushrooms, zucchini or mozzarella sticks. I reserved just a little bit and used it to dip Italian bread into and it was a great little snack. Check out sprigati.com for more info and to find out where you can buy it. 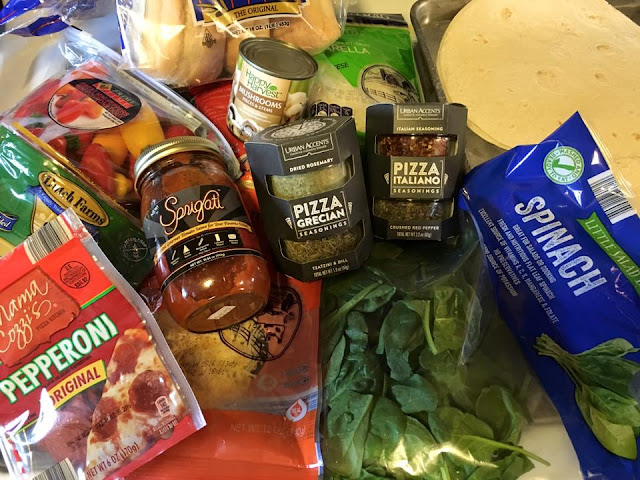 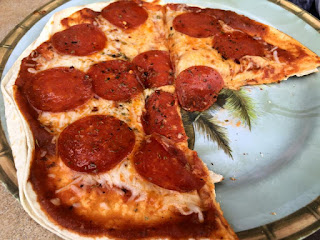 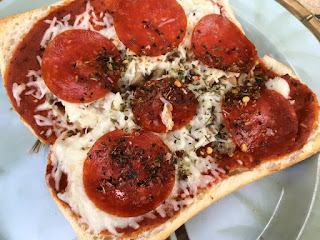 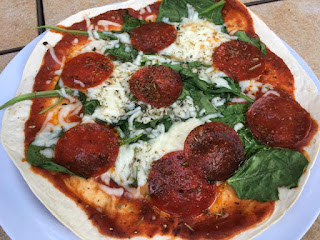 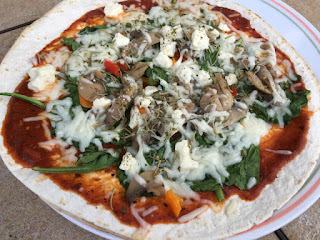 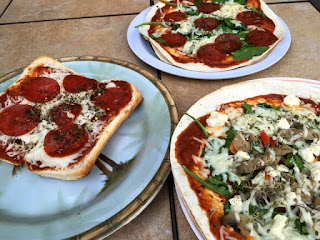