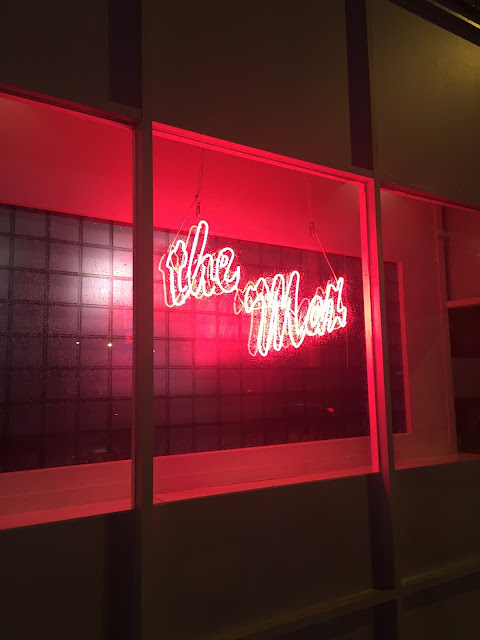 Last night, the Chicago Foodie Sisters, Carrie and Becky, met for dinner at Saved by the Max... a Saved by the Bell-themed pop-up restaurant modeled after the diner from the popular television series that aired from 1989 to 1993. 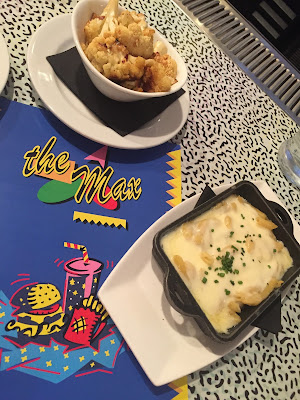 Not only did we have a great nostalgia ride being in the diner, watching episodes of Saved by the Bell, remembering all the fashions of the 80s and 90s, but we also had a fantastic meal! Set up as a typical diner setting, you will be impressed and floored by the great food they dish out, along with enthusiastic and attentive service. We started with sharing two appetizers of their "Mac and Screech" (white cheddar, guyere and parmesan) and cauliflower in a honey and wine reduction sauce with just a hint of red pepper flakes, their "Spano's Seasonal Veggie." Both were so good that I'd have a hard time deciding between them in the future. We tried their "Tori's Fried Chicken"- deliciously crunchy with waffles, along with a "Senior Prom Salad" that was incredible - greens, pork belly, poached egg with a warm mustard viniagrette. We ended our meal with the delicious "Snack Attack" ice cream sundae, including Twinkie ice cream, vanilla wafers, topped with strawberries, strawberry feuilletine and whipped cream.

If you're a big fan of the show, the era for the nostalgia or just enjoy great food, head over to Saved by the Max before they end their pop-up run in Chicago, which has already been extended, but ends in May. They'll be going on a national tour, so it may come to a city near you!

The pop-up is open for dinner Wednesday through Sunday starting at 5 p.m. and reservations are HIGHLY recommended. Make reservations online at SavedByTheMax.com. 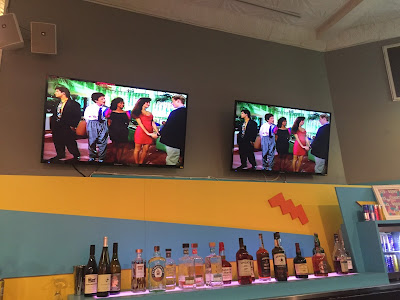 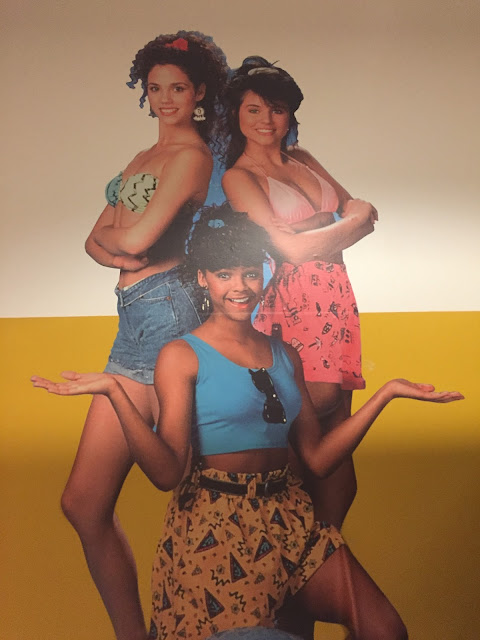 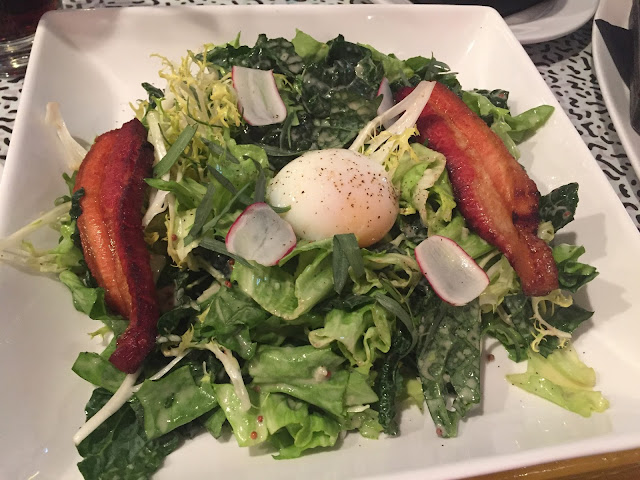 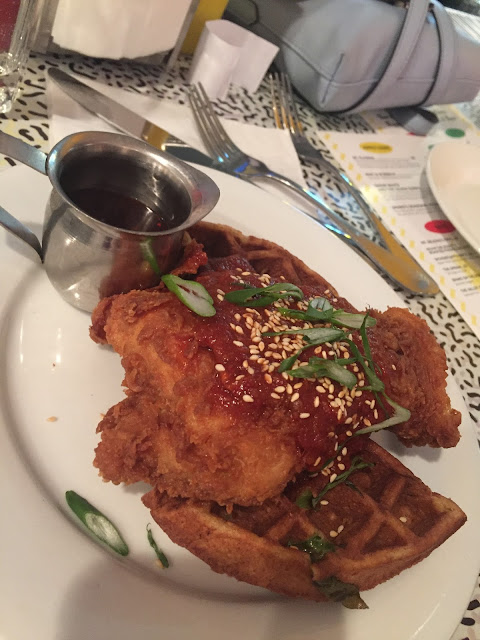 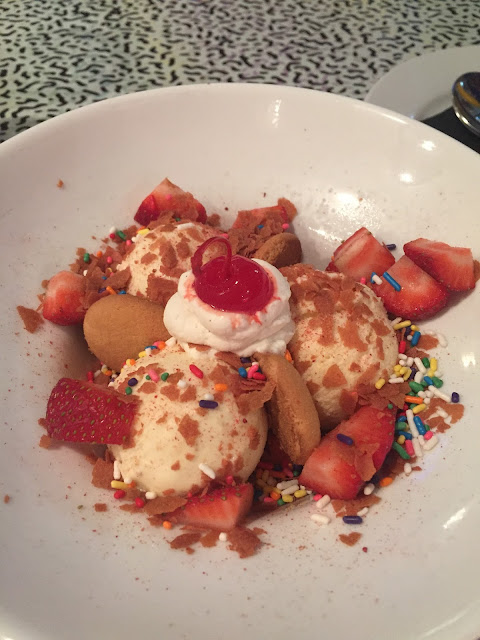