The best stuff from a box

For instance, I start with a blueberry muffin mix, but add fresh blueberries. Or I get a mix for banana bread and then add real bananas to it. I'll use a cake mix and add some mandarin oranges to it, then top it with cool whip mixed with french vanilla pudding mix and crushed pineapple. Using a mix really just means is that the dry ingredients are already mixed together for you. You don't have to measure out the sugar, the flour, the baking soda, etc. It's a time saver.

So, since I'm such a big mix user, I thought I'd share some of my favorite mixes:

Aldi's brownie mix and cake mix - Ever since an Aldi opened in our neighborhood about three years ago, it's the brownie mix I use most often. Sometimes I sprinkle powdered sugar on top when I'm done or throw in a handful of chocolate chips just to make them more rich or top with a layer of cool whip and chocolate sprinkles. 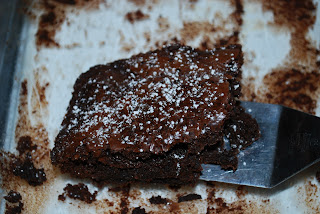 I also use Aldi cake mixes most often. For some reason, they always come out perfectly and in the exact time labeled on the box. With other mixes, they are never done when they should be and I end up playing the game of sticking a fork in them to find out it's not done and repeating it once or twice before it's fully cooked. I thought it was my oven until I tried the Aldi brand and found that the cooking times were accurate. I always keep Aldi's Baker's Corner yellow make mix stocked in my pantry.

Market Day cookie dough - Ok, this isn't a mix at all. This is down right cheating -- no prep involved at all, but really this dough is probably better that I'd make from scratch. I love the Market Day cookie doughs that come already precut it little discs that you just place on a cookie sheet and bake. My kids love all of them -- the M & M ones, chocolate chip, peanut butter (sometimes we'll add Hershey kisses on top,) peanut butter chocolate chip, chocolate chunk, white chocolate macadamia nut, oatmeal raisin and I think last year I got snickerdoodle, which went over well. 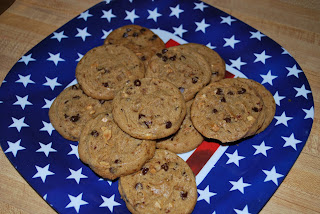 Jiffy cornbread mix - Jiffy is the only brand I use. On their own, they are a bit dry, but I make up for that by loading on the butter. :) However, it's really good if you add a can of creamed corn or some shredded cheese to it. Years ago I got a recipe from a co-worker to make a corn casserole with sour cream, butter, canned corn, canned cream corn and an egg and Jiffy mix. It is awesome!!! My family always requests it for holidays. And one year I had a casserole ready to go. We were carrying things out to the car and it was placed on the coffee table on it's way out. The dog took that small window of opportunity to gobble down the whole thing. Everyone was so disappointed when I showed up without it.

Aldi pumpkin bread - Another great mix from Aldi is the pumpkin bread. It's seasonal so you only find it there for a short time in the fall. It should be there soon and I can't wait. It is PERFECT. So moist and yummy!

Hershey's chocolate chunk brownie mix - Ok, I am not sure if that is the exact name of it. I've picked it up from Sam's Club and haven't been there in a while, but I'd buy it in a jumbo pack with 4 mixes. It had big chunks of chocolate and a packet of Hershey syrup. Sorry, Aldi, these beat you out! :)

Jello no bake cheesecake - Ok, in reality this doesn't compare to homemade cheesecake, but this is such an easy one. My kids love to make it (and eat it) and it's not quite as rich as the real thing. Have it plain -- or I usually top it with a can of cherry pie filling.

Aldi cinnamon swirl cake - Ok, I'm know I'm really touting the Aldi stuff, but this is so good. It does not taste like it's from a mix. You put it in a loaf pan - pouring half the batter in and then adding a little layer of cinnamon mix and then covering with more batter and then more cinnamon mix. After it comes out of the oven, you drizzle frosting on. This never lasts more than a couple hours in my house.

Carnation Lemon Bread Kit - This kit contained a can of carnation milk and a packet of glaze to put on top. Quick and easy and another one that doesn't taste like it was from a kit. 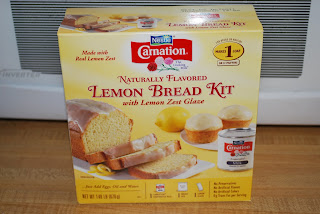