A zucchini by any other name tastes just as good

Ok...had to share this. My kids make horrible faces at the mention of zucchini...or most green vegetables for matter. No way they would voluntarily eat it. So, I made zucchini bread last week. My 8-year-old shredded most of it for me, but I guess he didn't make the connection that it was going to be put into the bread batter. We baked four loaves. I renamed it "spice bread." They asked what kind of spices were in it and replied "cinnamon." It was totally true. I put 3 tablespoons in each of the two batches. They were satisfied with that answer. They tried it. And then they devoured it. All because of the name. Had I called it zucchini bread, they wouldn't have even tried it. 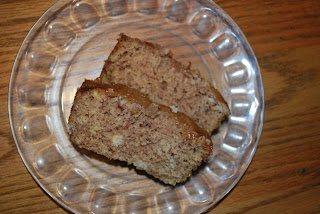