They said "I Do" at the Zoo (and the food was really good, too!) 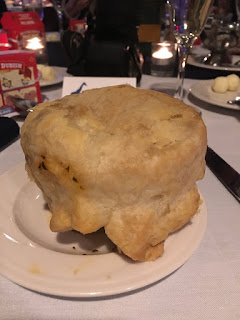 So, the first of all my nephews (there's 11 of them), James, got married recently and I just had to share some pics of the meal. His lovely bride, Courtney, had her heart set on getting married at the zoo and she had been planning it for a LONG time. It was adorable. The photos just came in this week and there are awwww-inspiring shots of them in the penguin habitat, with giraffes as a backdrop, in front of the dolphin tank, with a peacock casually strolling by as they stood in front of the fountain. She was absolutely stunning and he was Prince-Charming-handsome in his military dress blues (he's a Army reservist and recently became a full-time police officer - I'm uber proud of him!)

When we sat down to eat, I was really wowed by the meal. Sometimes with unique/exotic wedding destinations there isn't as much focus on the food as there should be - the atmosphere is kind of the central focus and the meal is a mere formality. Not at Brookfield Zoo. The meal was one that made this foodie a bit giddy inside. 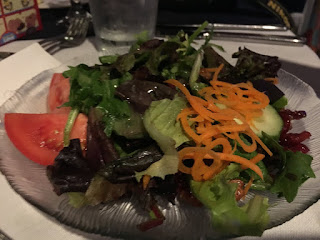 It started with a lovely pastry-covered French onion soup and an upscale salad with a delicious vinaigrette. The entree choices included a filet, stuffed chicken and a vegetarian entree (I believe it was some kind of ravioli, but no one at our table ordered it, so no pics of it.) Our whole family (hubby and I with our five sons) attended the wedding and the boys are all meat eaters. Go figure!

I ordered the filet, which was perfectly seared and cooked to a nice medium with a dab of garlicky sauce on top, served with whipped mashed potatoes and sautéed veggies. And the presentation was beautiful and impressive - isn't that carved zucchini the cutest? It all tasted as good as it looked. (Oh and behind the dinner plate is a cute box of animal crackers that was placed at each setting as a favor to go with the animal/zoo theme ~ a clever, creative touch.) 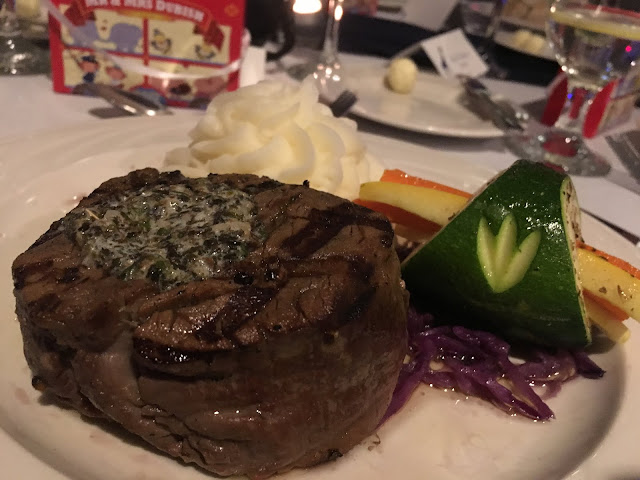 A couple of the boys had the chicken entree, which was also very, very good. Of course, I made them share a bite. The creamy sauce was sooooo good (like where if no one was watching you'd totally lick the plate!) 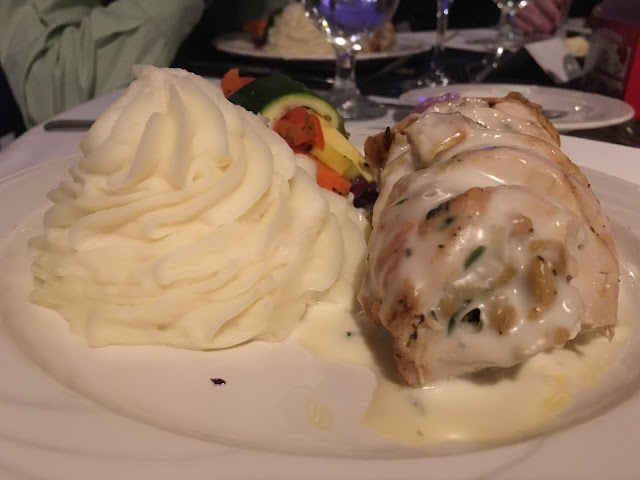 The cake was an amazing work of art adorned with, of course, animal scenes. It was a marble variety and very delicious!

The wedding was beautiful and they were surrounded by so many family members and friends (my husband's aunt even flew in from Germany to be there.) It was a bit drizzly that day and the outdoor ceremony in front of the fountain got underway and then had to be relocated inside where they exchanged vows with dolphins swimming in front of them. They couldn't have been happier. I love watching my nephew around her - he is so totally smitten and it's so lovely to see. I wish them many years of happiness ahead and hope that they always look at each other like they did on that memorable day! 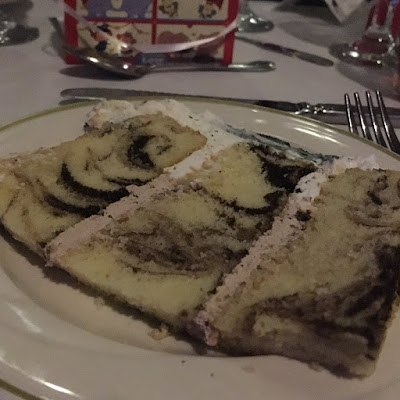 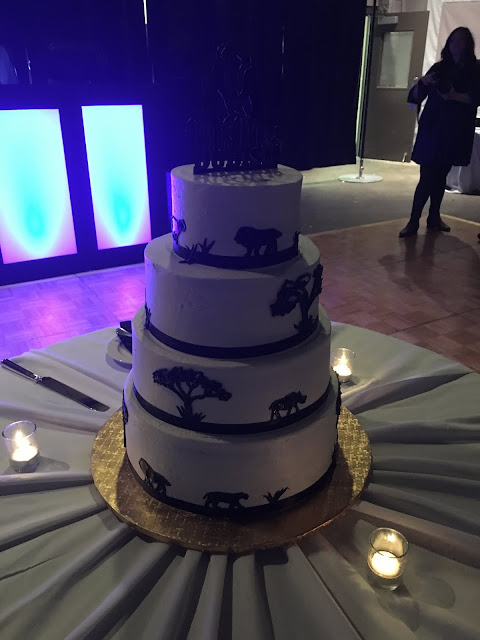