At a recent fundraiser, my friend, Bob, was manning the grill. Burgers and brats and chicken sandwiches were being cooked up. The event was in memory of a local Marine who died while serving in Iraq in 2006. When his birthday arrived in July, a big party was held in his honor and proceeds from raffles and part of the proceeds of the food and beverage purchases at J.J. Kelley's in Lansing went to the LCPL Philip J. Martini Memorial Foundation.

The foundation will be forwarding the funds from the evening to the Indiana Marines Calumet Detachment Marine Corps League.

At the end of the night as the grilling station was getting packed up, Bob asked if we'd like a burger. Didn't take much arm twisting to say yes. And it took even less when he said "Should we make it a double? With cheese?" I agreed and figured I would split it with my husband.

Then Bob asked about grilled onions. These were onions that had been sitting there sautéing on the grill for quite a while and they made that burger! When I asked Bob the secret, he simply said that they had cooked in beer. They were fantastic. And served up with a side of J.J. Kelley's homemade potato chips, it was an awesome end of the night meal. 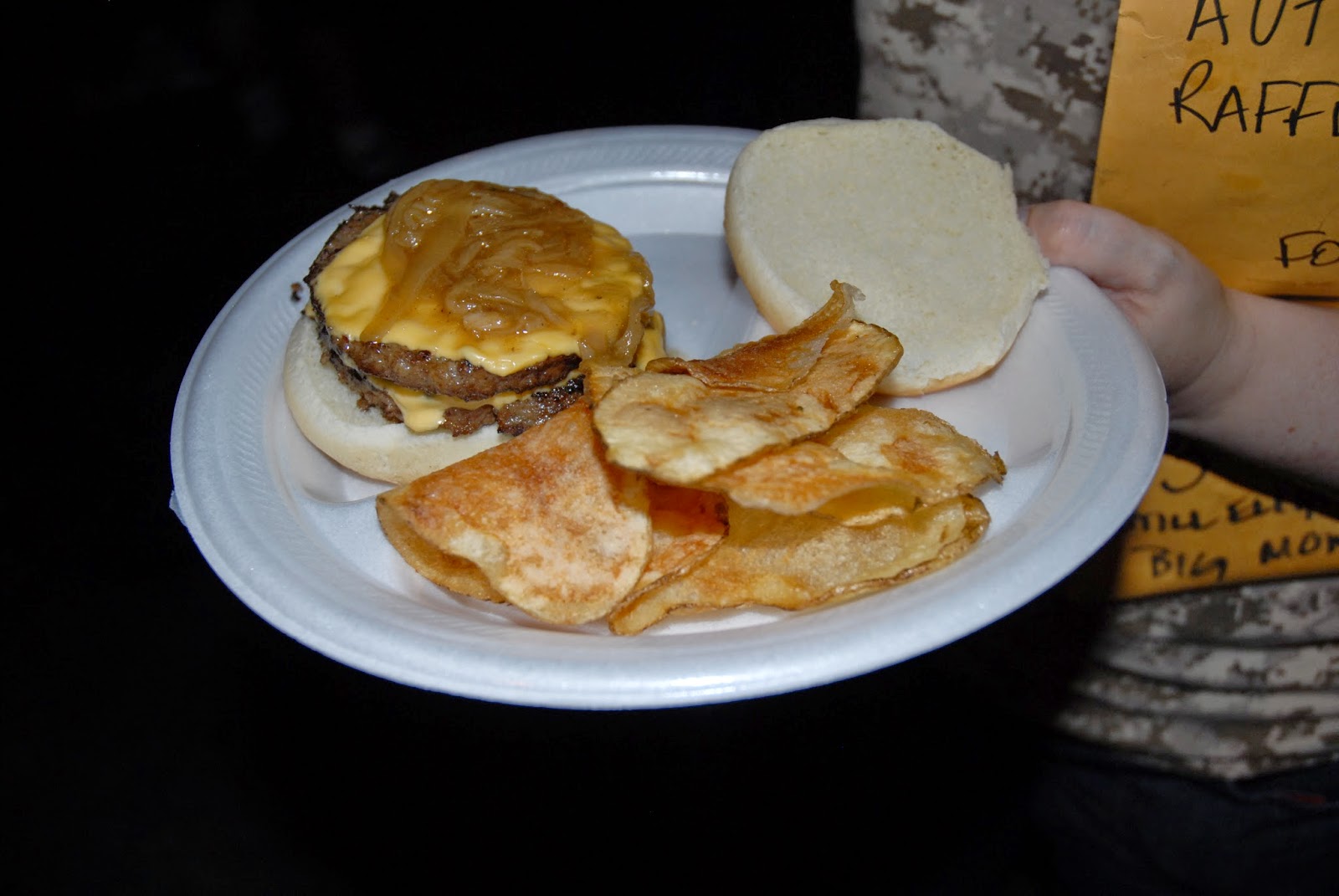