As we were heading to Remington, Indiana for a family camping trip, we sought out a place for lunch. Well, once you get south of Route 30, there's not a lot of options. When we travel down I-65, we often stop for a meal or just ice cream at the cafe at Fair Oaks Farms. They have great sandwiches, which I always wash down with their chocolate milk. They also have some amazing cheeses. Knowing that Fair Oaks Farms was coming up soon, we decided we'd stop there for a sandwich or salad.

As we pulled in, my son mentioned that when he had gone to camp last month in southern Indiana he saw a sign that the new restaurant was open. So, we drove down to the other end of the parking lot to the new Farmhouse Restaurant to check it out. 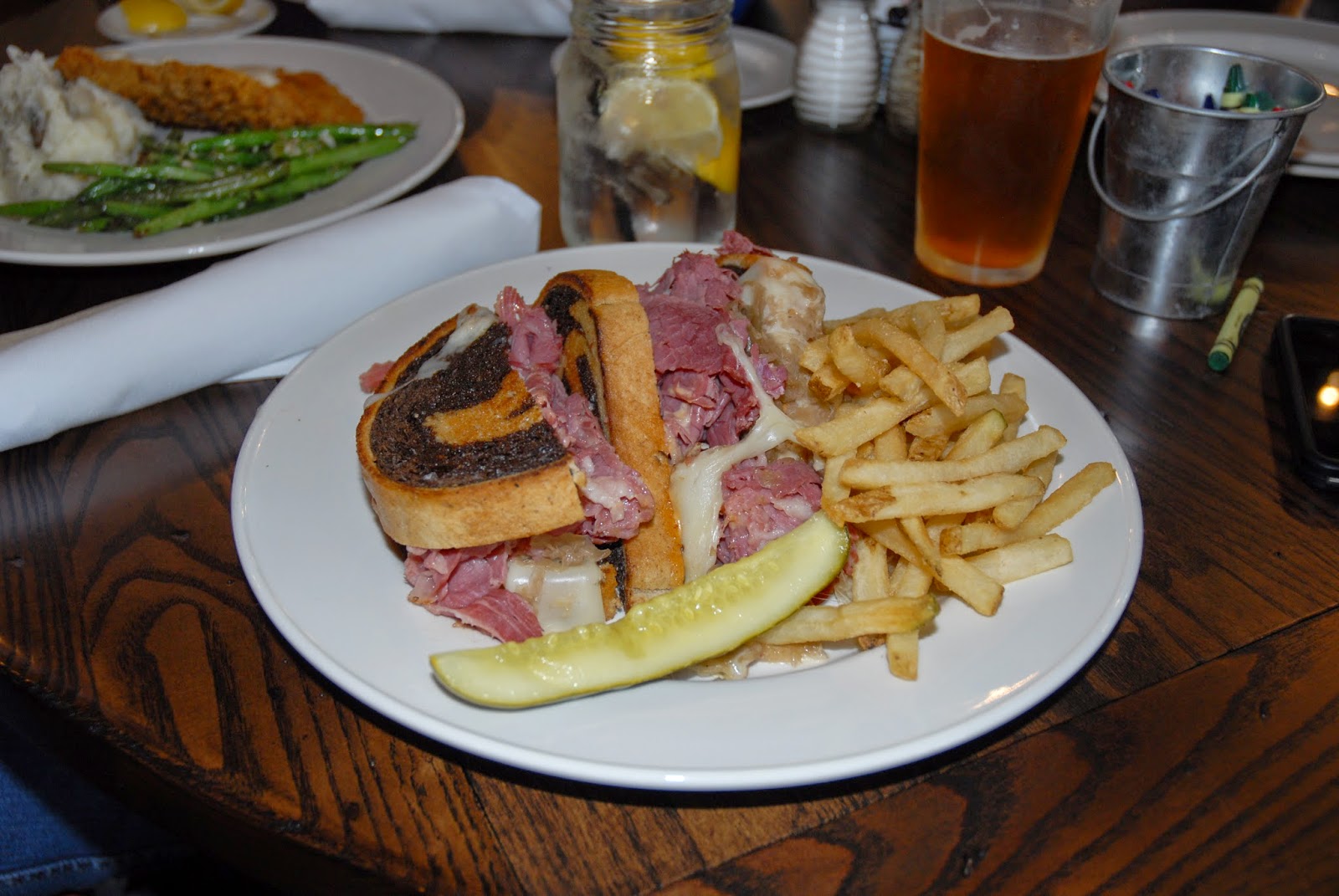 I loved it as soon as I walked in - a wine cellar on the right and an elegant, yet homey country feel. The best of both worlds. It was like being in an upscale urban restaurant that focuses on farm-fresh ingredients, except that when you walk outside you really are on a farm in the middle of the country. 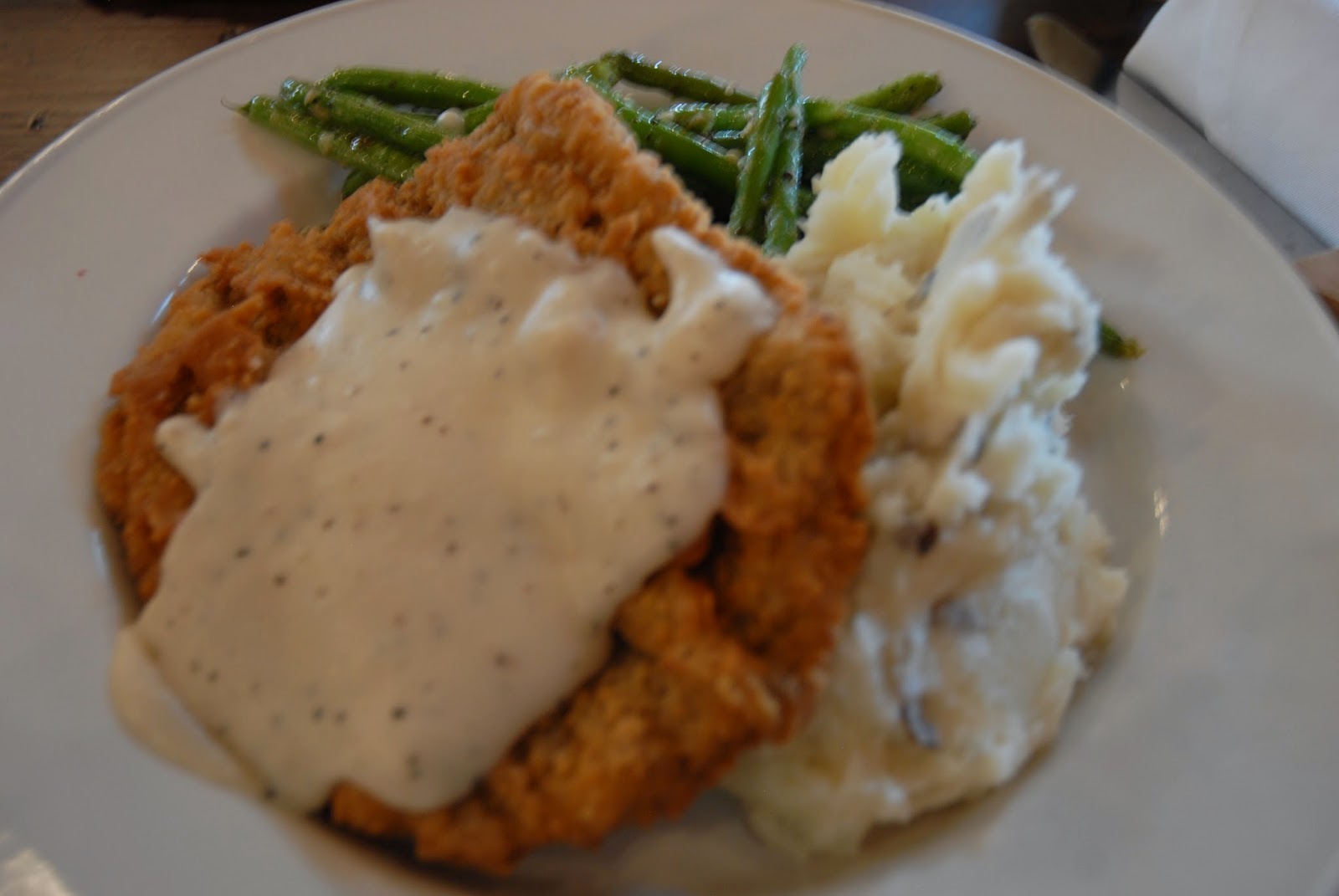 I was very impressed when I scanned the menu. A Cured Meat & Artisan Cheese Board with bread crisp and jam. A farmhouse salad of field greens, cucumber, tomato and goat cheese. Slow cooked country short ribs with garlic potato mash and red wine gravy.

However, I saw my favorite down-home country on-the-road meal - country fried steak - and it had been forever since I'd had it, so I had to order it. I usually ordered it on road trips if we stop at a Cracker Barrel, but this beat out Cracker Barrel by miles. It was served with mashed potatoes - just the way I like them, with chunks of skin included and some wonderfully seasoned crunchy green beans.

One of the boys ordered a hamburger off the kid menu and that burger was almost as big as his head. A very generous portion that he actually split with his brother who didn't want to spoil his appetite for the Fair Oaks Farms ice cream and declined to order a meal. 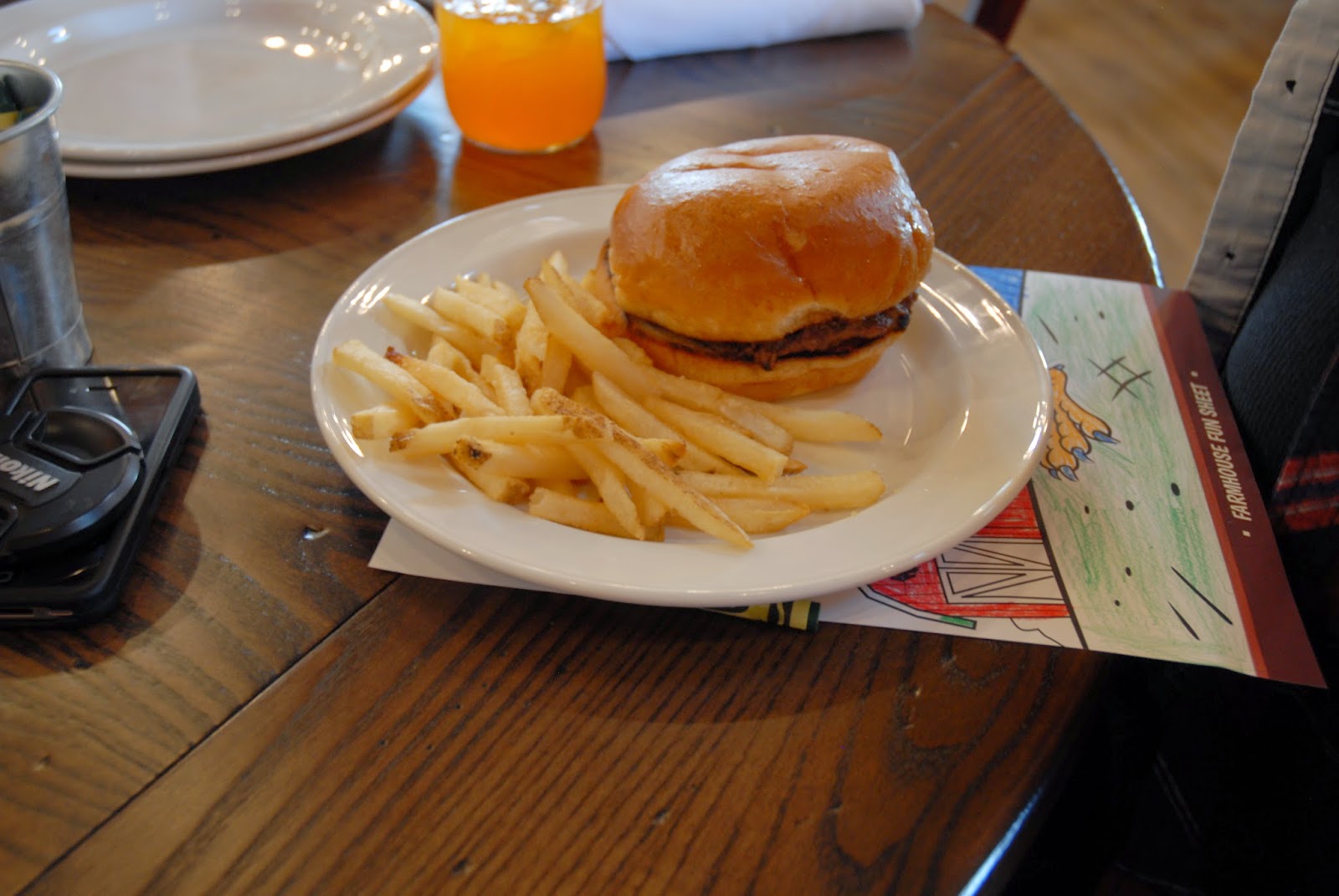 There was an impressive beer, wine and craft cocktail menu that was awesomely unexpected - as I mentioned, we were out in the country. Who knew you would get this kind of selection? Who would think you could sit down in the middle of cornfields and be able to order a Goose Island, Bells or 3 Floyds pint on tap? I love that we now have an option for an upscale meal while traveling on I-65 between Chicago and Indianapolis. While I love the cafe, it's a noisy and bustling place to grab a quick bite whereas the Farmhouse is quiet and laid back and a much more relaxing place to enjoy a meal if you have the time. 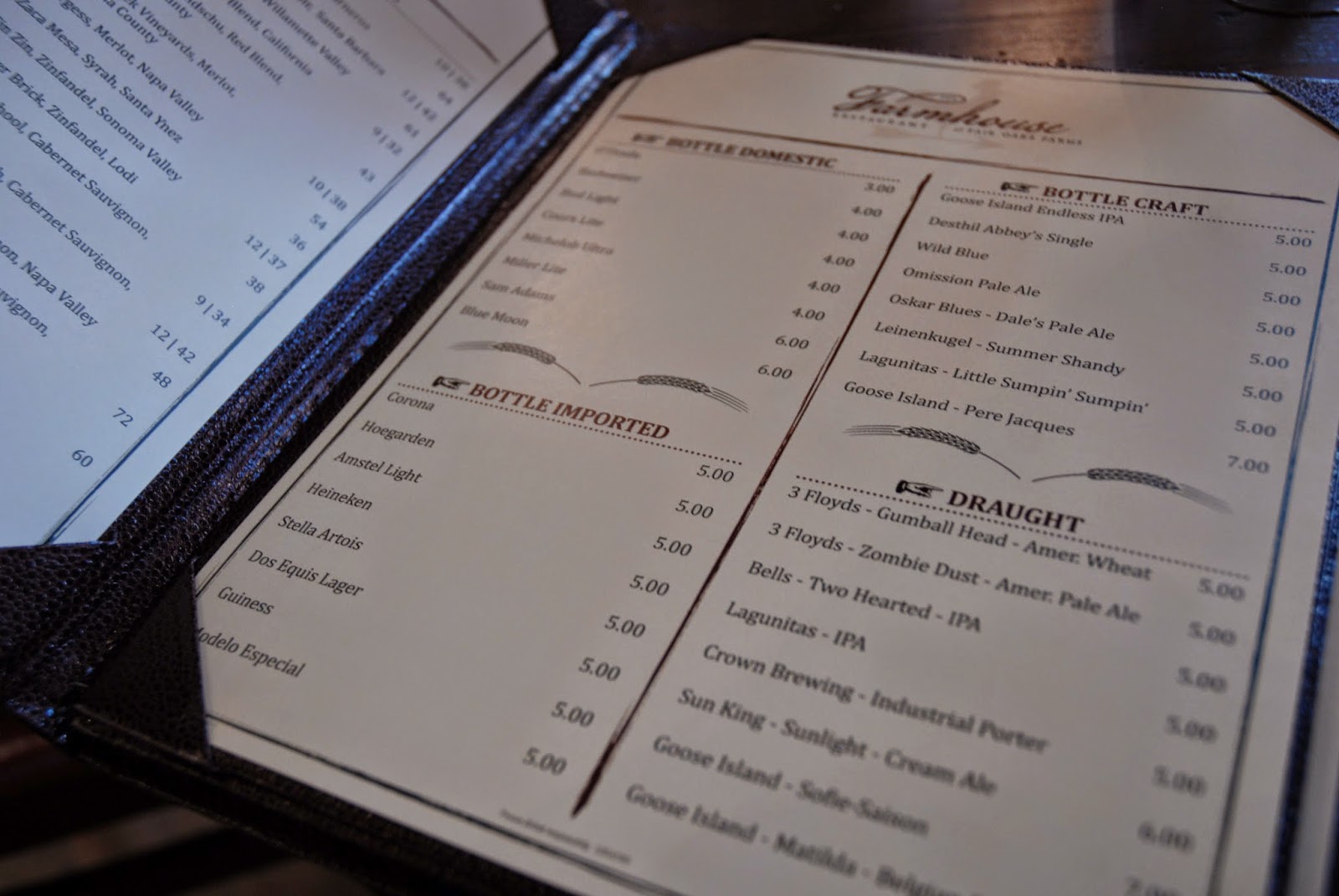 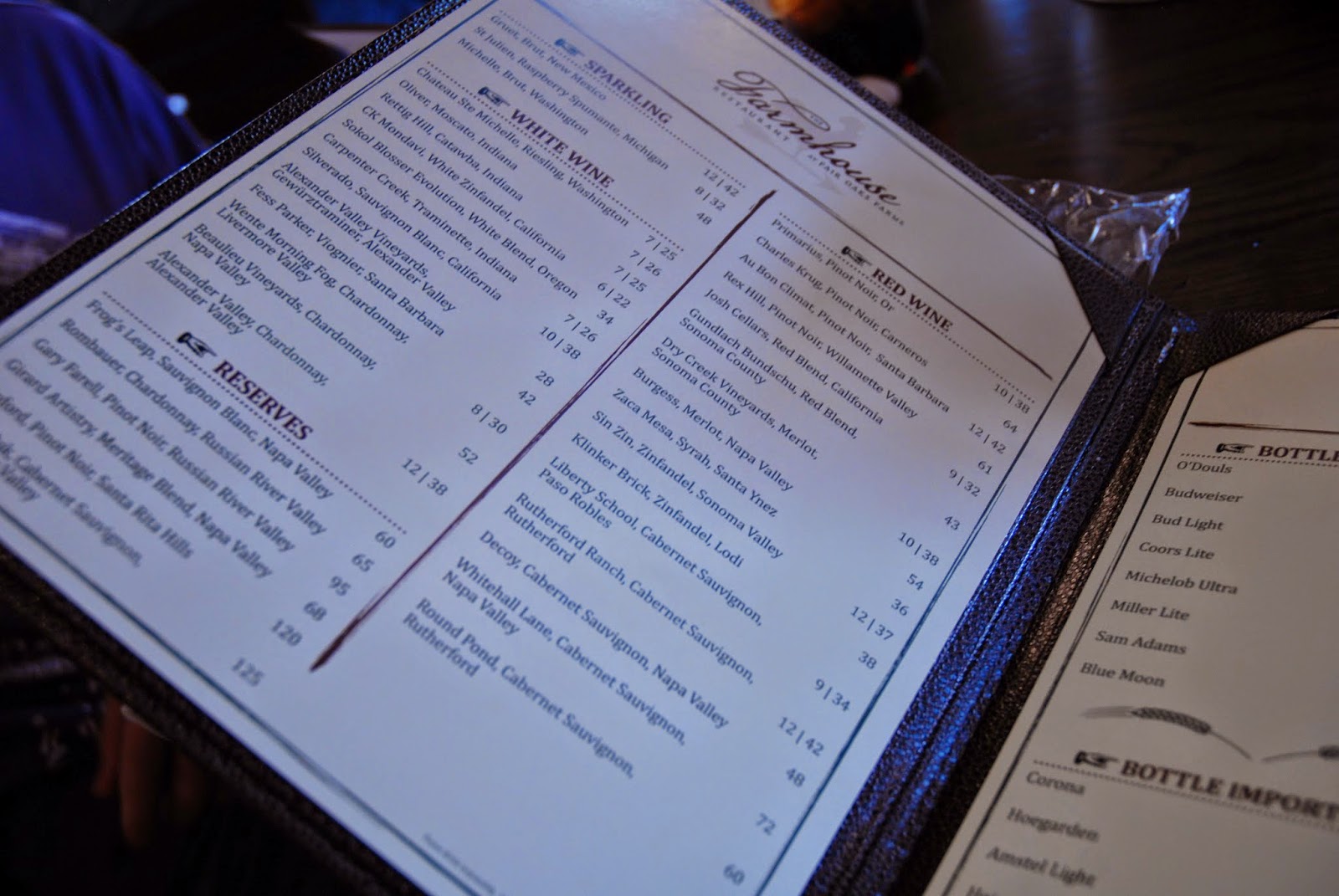 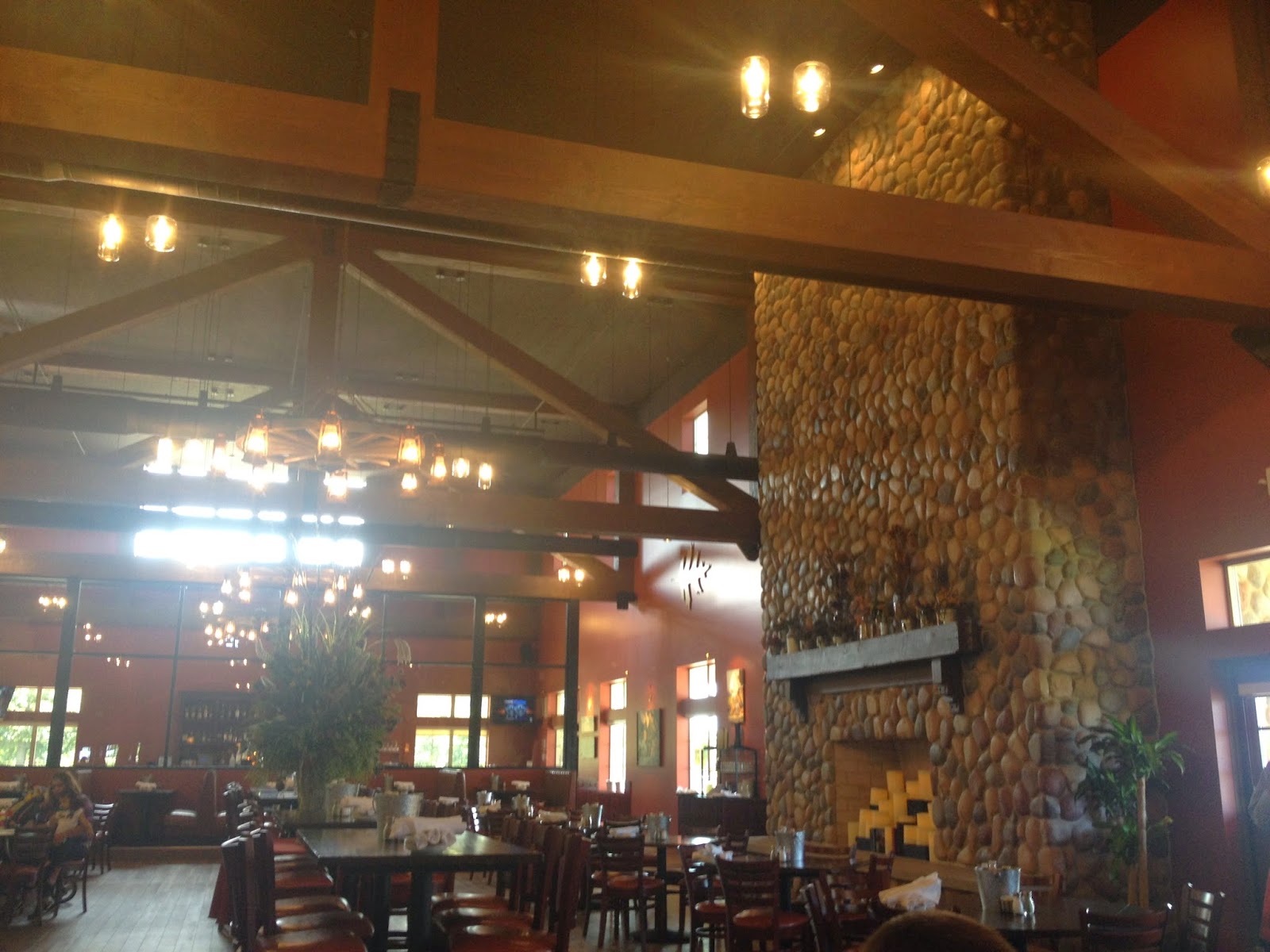 So, to accompany his meal, my husband ordered a 3 Floyds Zombie Dust. Now, my apologies to all the faithful 3 Floyds fanatics (and I know there are many - I've been stuck in traffic around Calumet Avenue on Dark Lord Day), but I just haven't yet acquired a taste for their ultra hoppy brews.

I love the brewery location. I love the menu (OMG - best Scotch eggs ever!) Zombie Dust is the least hoppy variety, but I think I'd select a Bells Oberon with the massive Reuben that my husband had ordered.

I've ordered the Reuben many times at the cafe at Fair Oaks Farms and it is fantastic, but the Farmhouse version takes it to a whole other level. Thicker bread and meat piled super high. Our server told us that they use a half pound of corned beef on each sandwich. He and my 11-year-old (who has the biggest appetite in the family) split it and neither of them could finish their half.

The restaurant definitely fills a void for travelers and foodies who often have had to settle for fast food or gas station grub because there were no other options for a long, long stretch of I-65. You can find a really good meal if you can hold out 'til you hit Indy or you'll find something decent if you venture off the expressway for a few miles to seek one out - but when you are on the road there's often not time to do so. The Farmhouse offers a hearty gourmet meal where you wouldn't expect to find one and it's just a few yards off the expressway exit.

And if you do have extra time when you stop to eat, take in the dairy or pig adventures. It's a cool way to learn more about farming and agriculture and where food comes from. The pig adventure was added last year and the Farmhouse opened July 5. A staff member also mentioned to me that there are plans to add a hotel and water park in the near future, which I'm really excited about.

Oh, and one last thing worth a mention. As I was waiting for our food to arrive, I hopped on Twitter to search out a little more on the restaurant and found a post from a gentleman stating that the Farmhouse had the "Best. Bathroom. Ever." with a photo of comic book covers. So, I had to send my men in to give me a report. And then I had to check out the women's bathroom to see how it compared. It seems the female's restroom isn't quite as cool, but it has some cute country decor with painted plates. I hear the guys have hot wheels on the walls, though. Maybe I've been around males for too long, but I'd say comic books and Hot Wheels cars are cooler than painted plates. But don't worry, I didn't sneak in for a peek.

Next time you're traveling I-65, be sure to make a stop here. It's pretty likely that it will be the best road food you'll ever have. 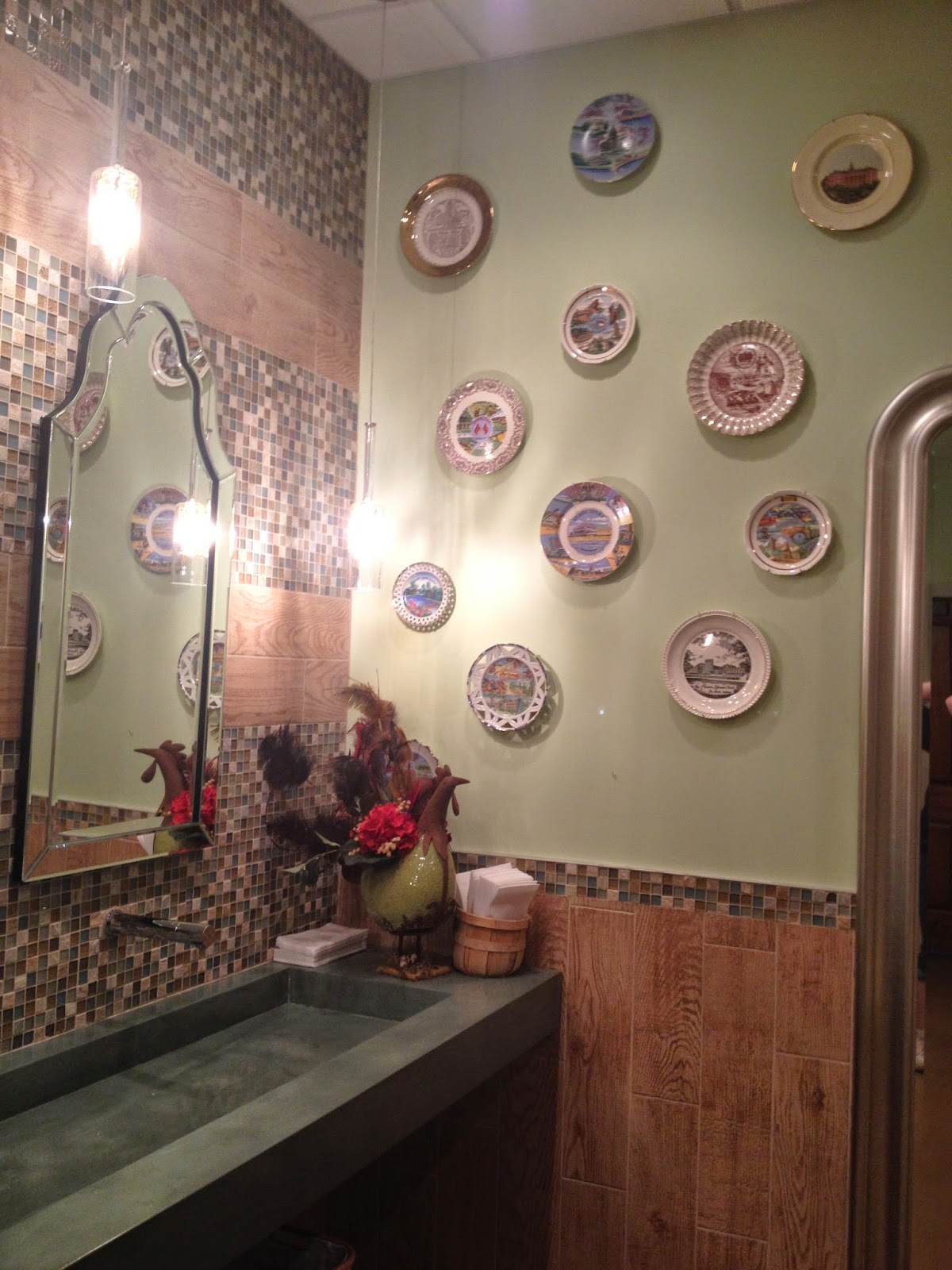 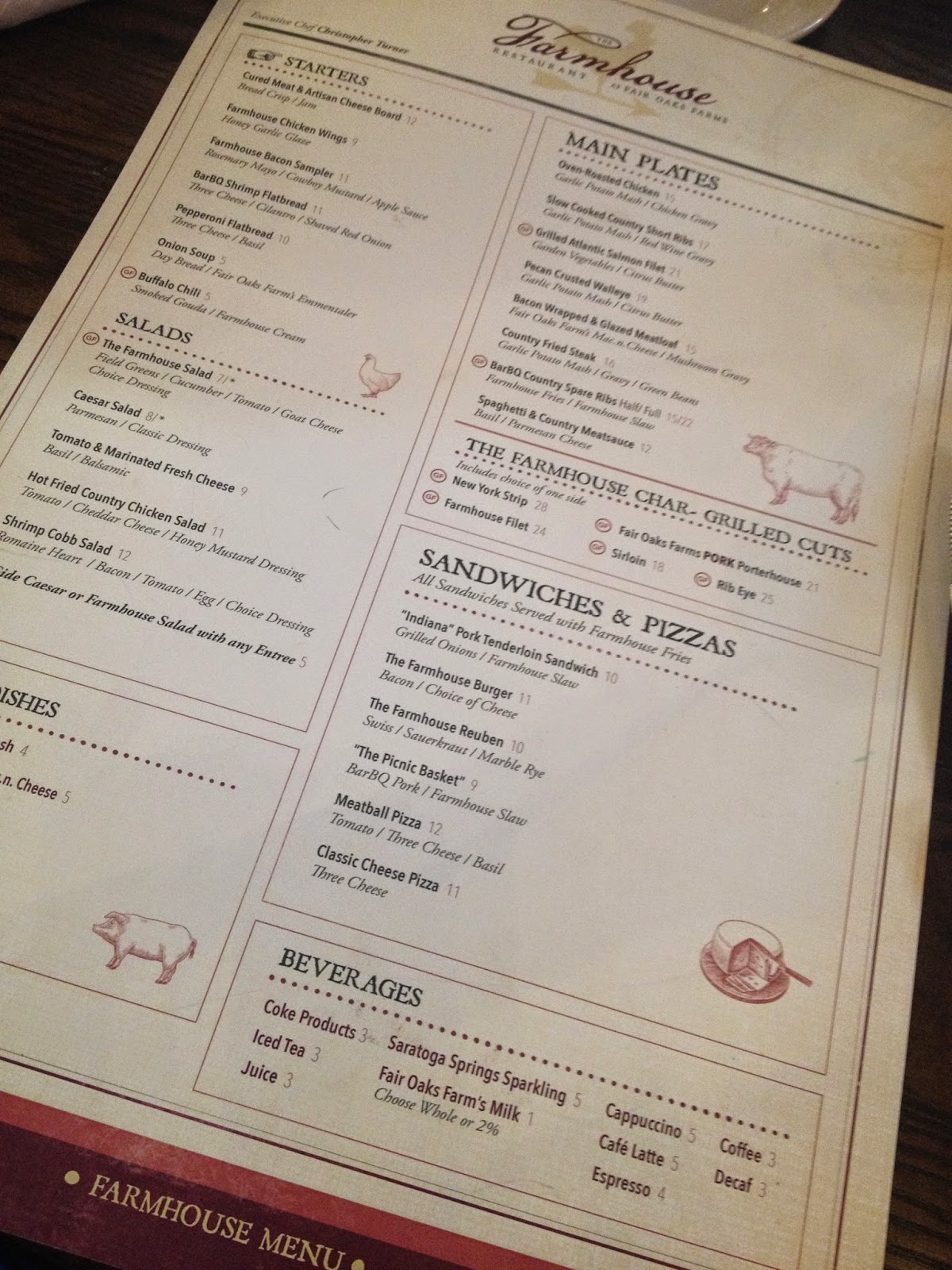 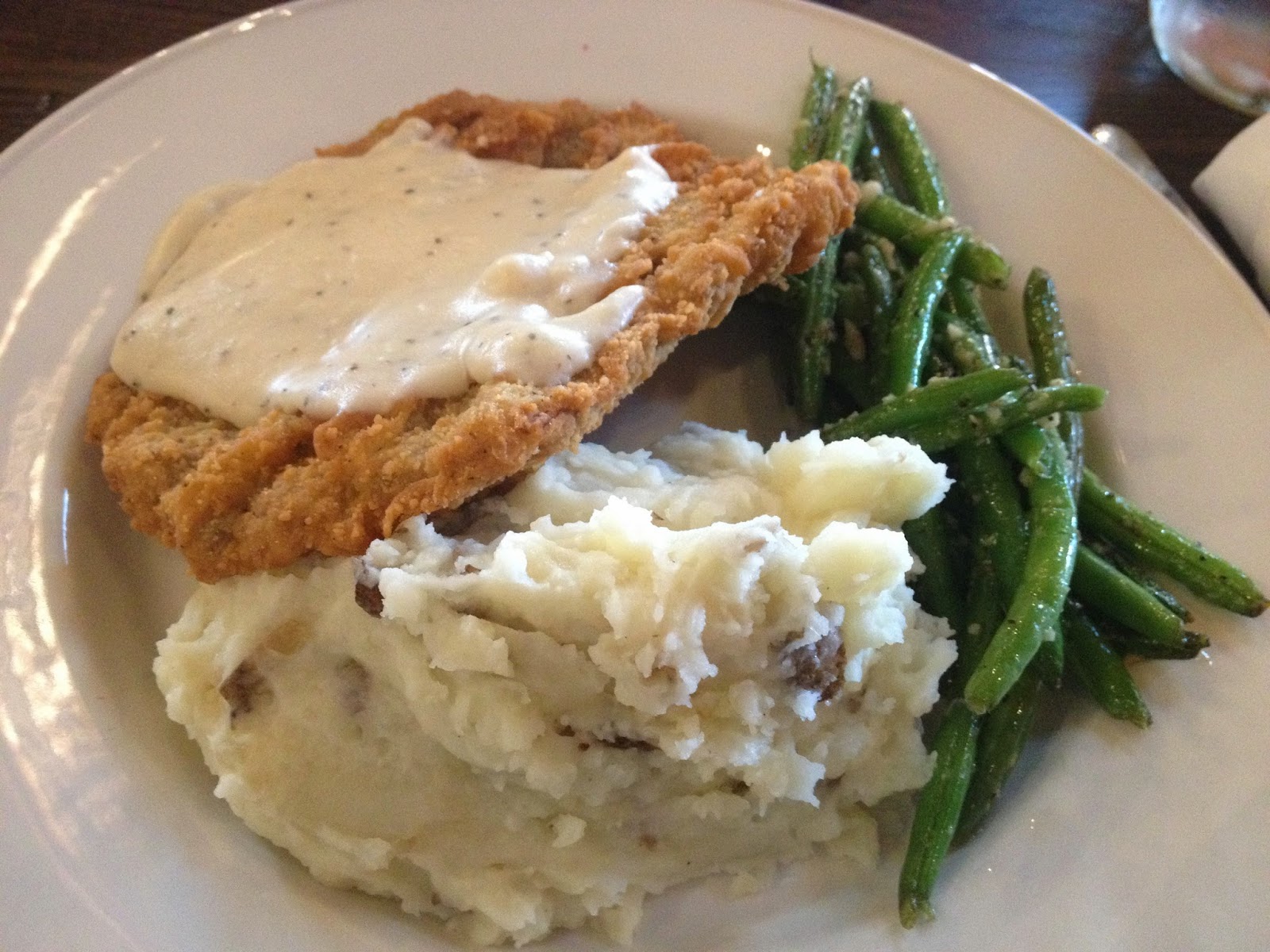 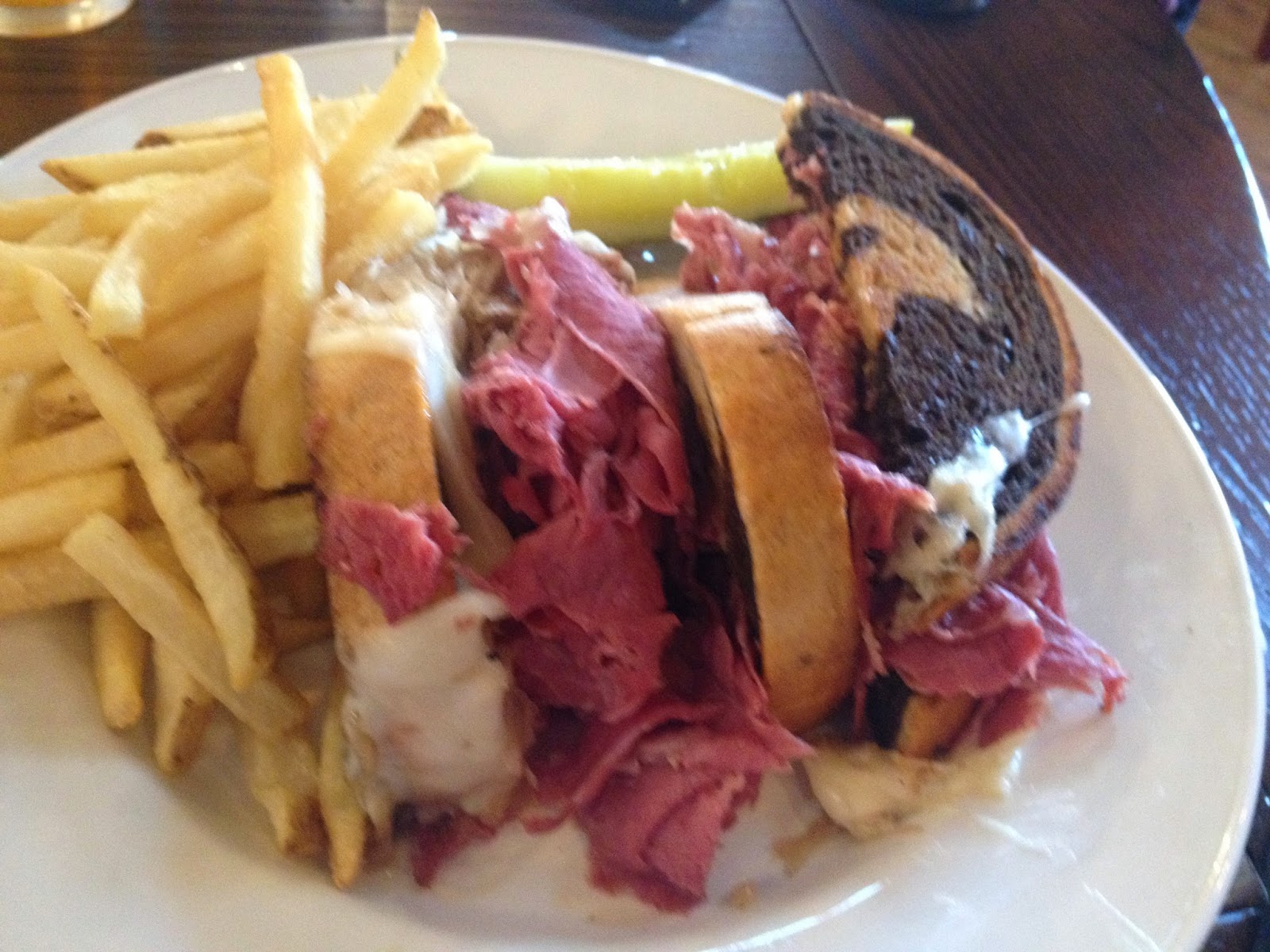 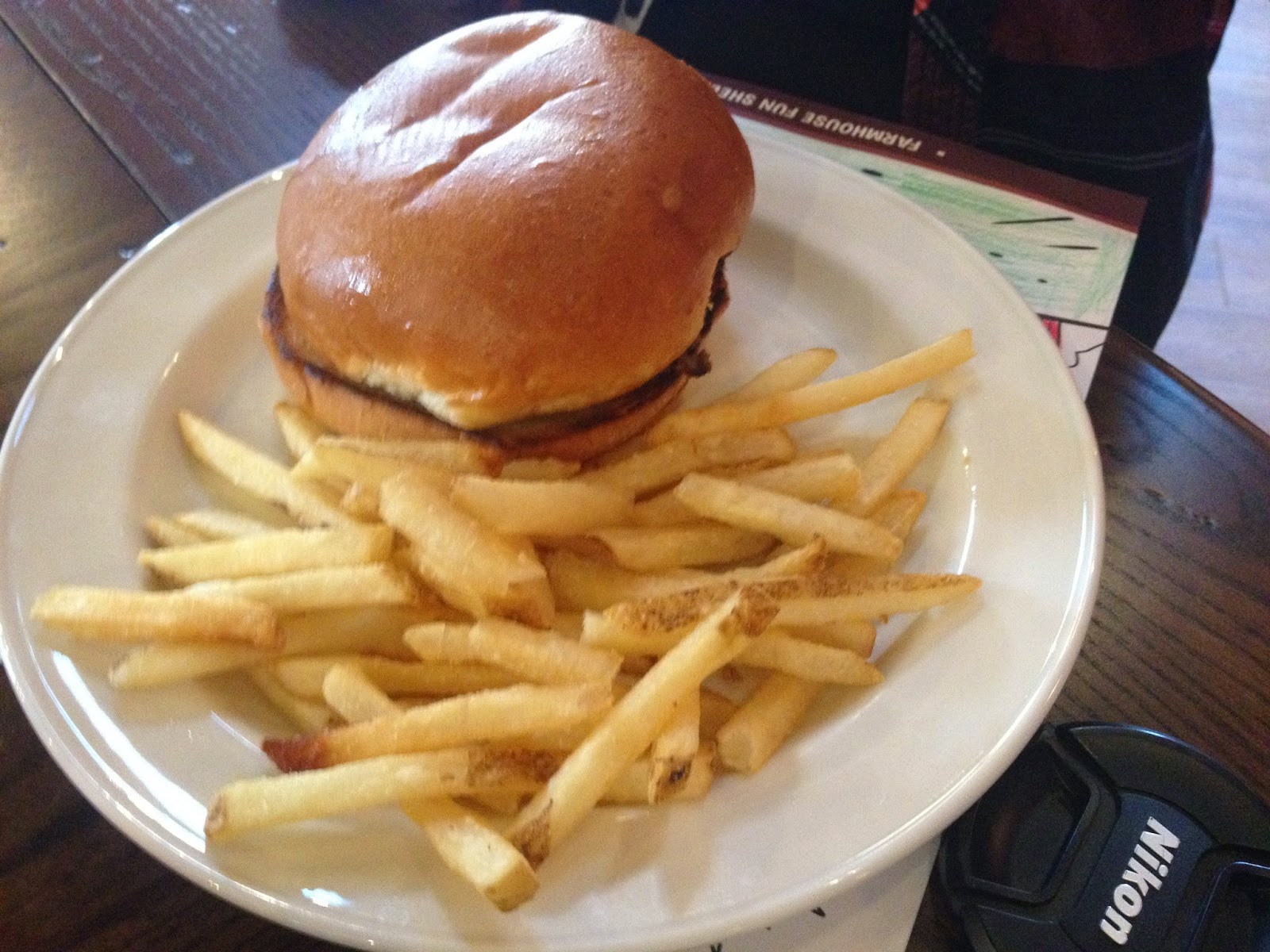 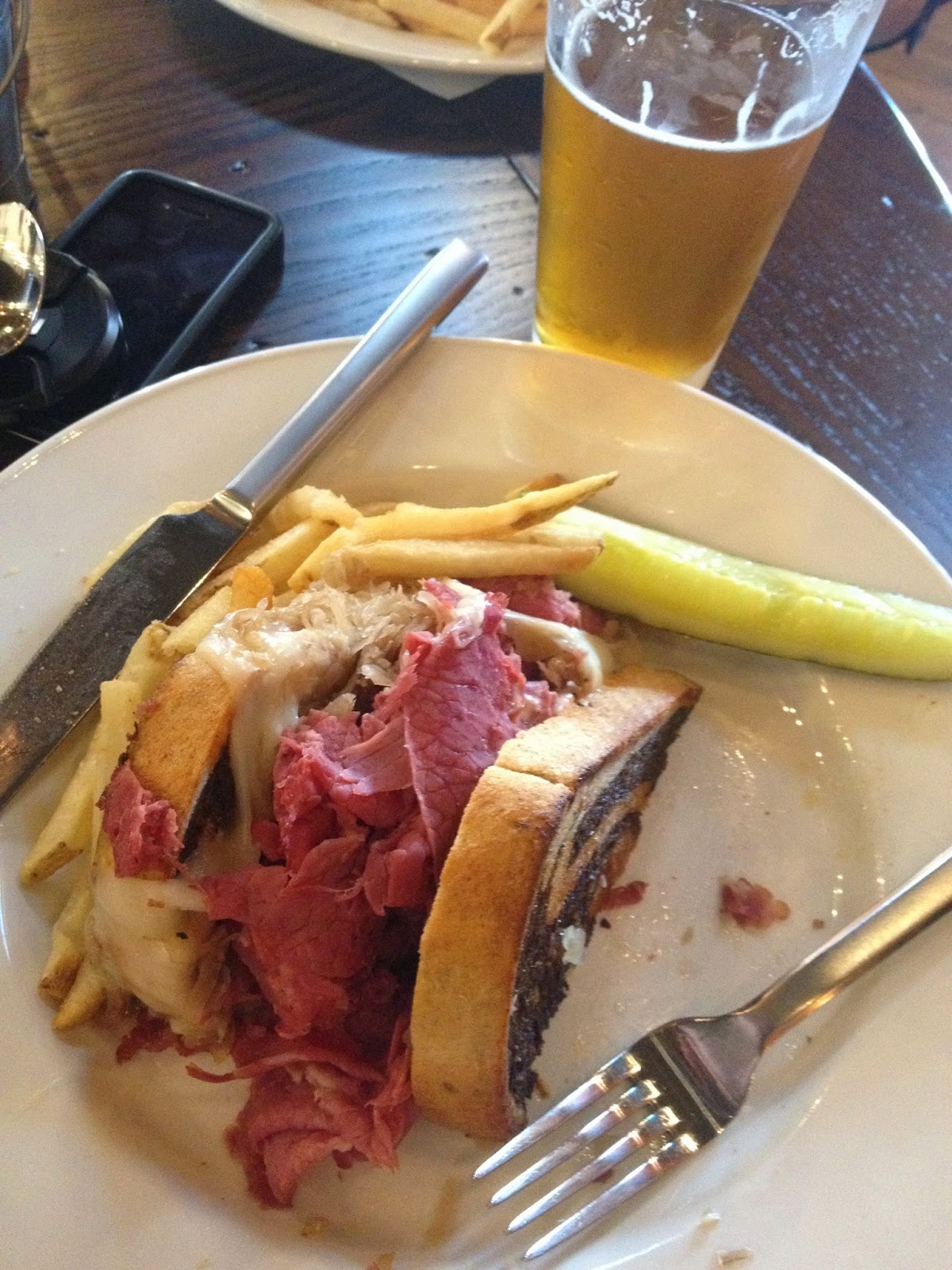 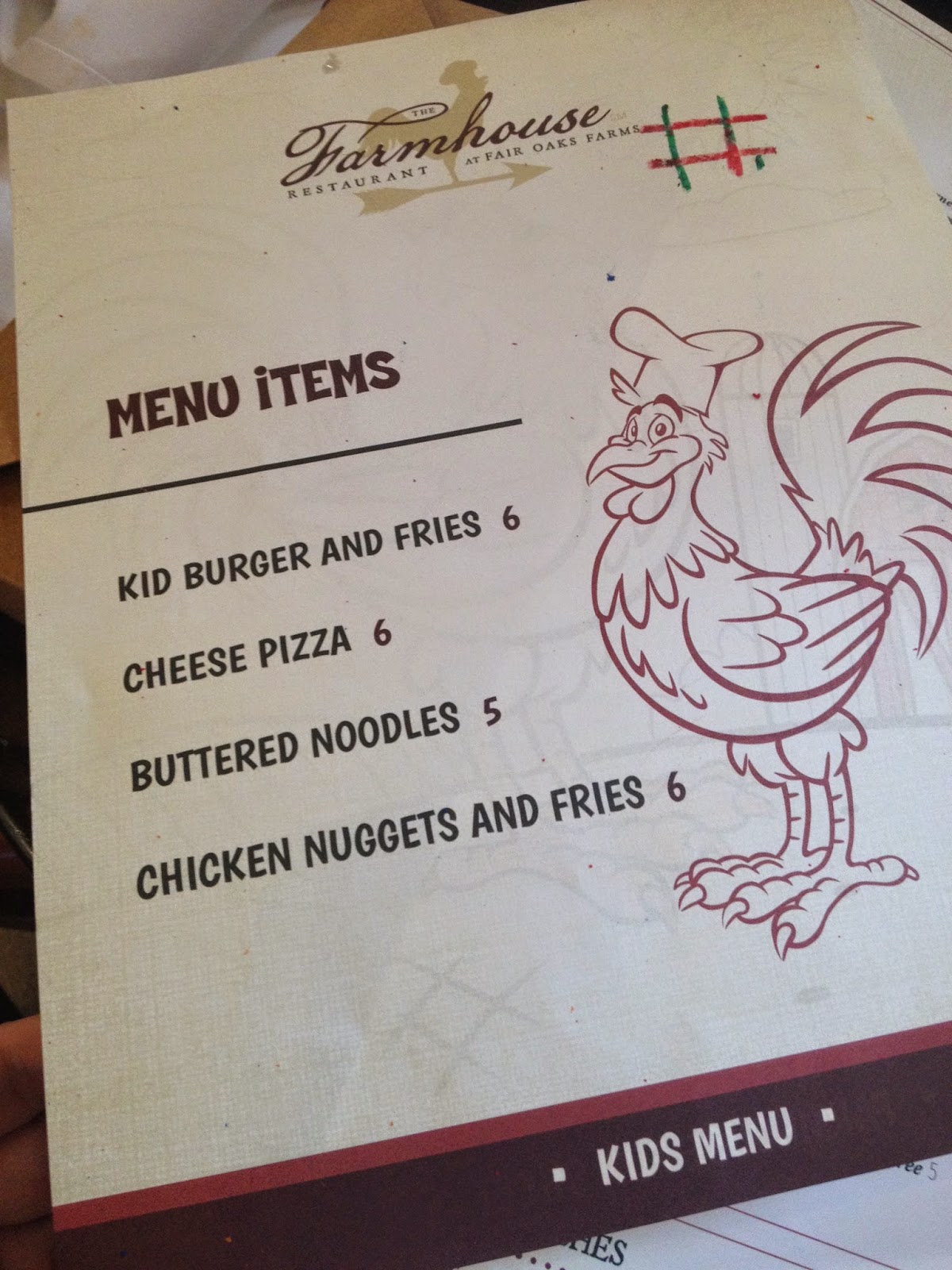 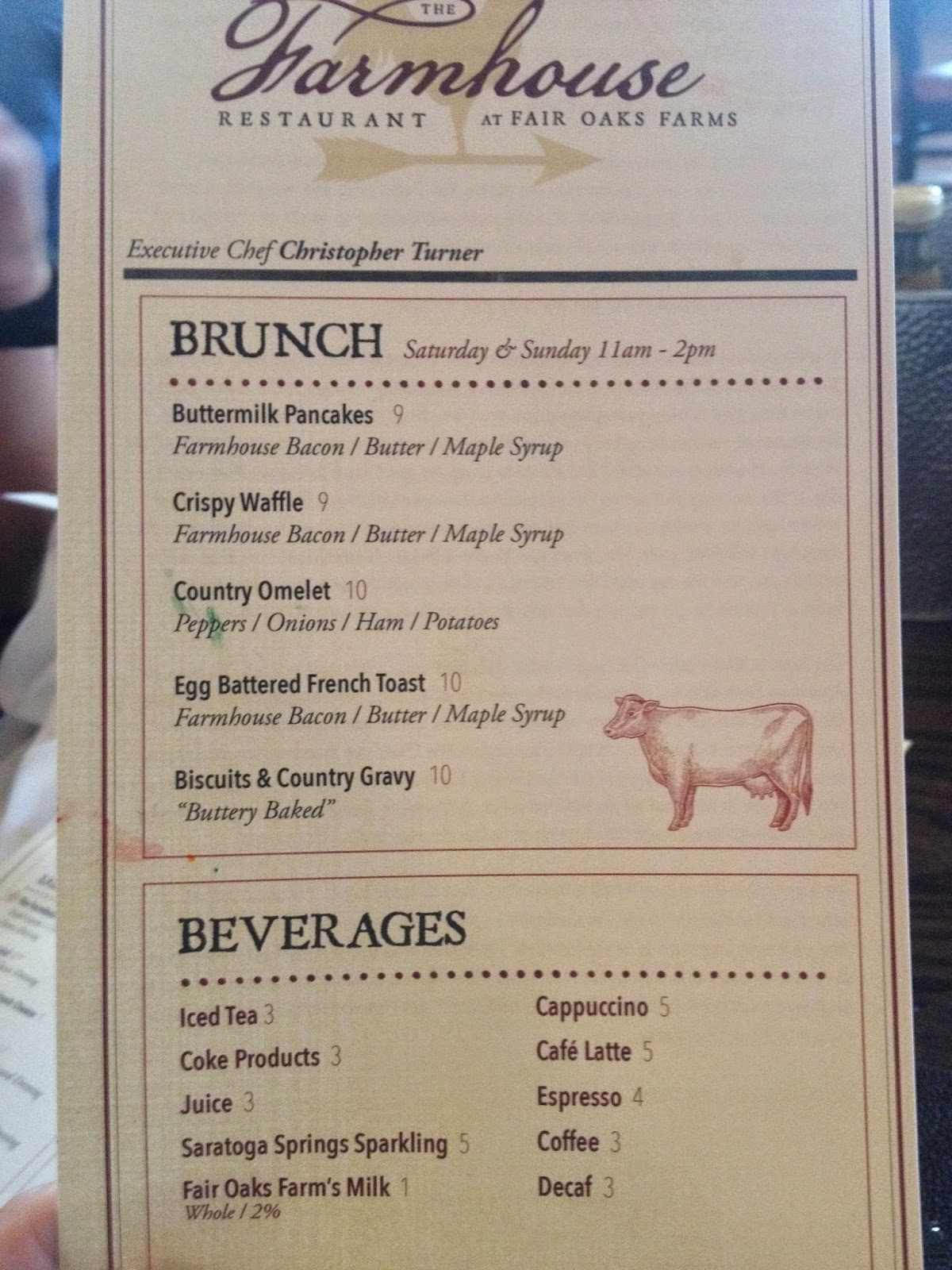