Things seemed to be moving a bit slow this year in the garden, but all the waiting is finally paying off. My oldest son, Brad, planted most of the garden this year. He got a summer job working on a farm this year and he seems to really be enjoying it. He got his love of gardening from his grandfather who we lost to cancer last year. It's the second season since he's been gone, but I know he'd be proud of what his grandson is growing. Our yard is a bit smaller than his was. He had a huge garden that included tomatoes and peppers and radishes and cucumbers and carrots and potatoes and other items were added from year to year. He also always had a bunch of raspberry bushes in his back yard that the kids would pick berries from.

Anyway, Brad planted a variety of peppers and tomatoes and some beans and herbs. Here's a peek of some of the goodies we've gotten so far. 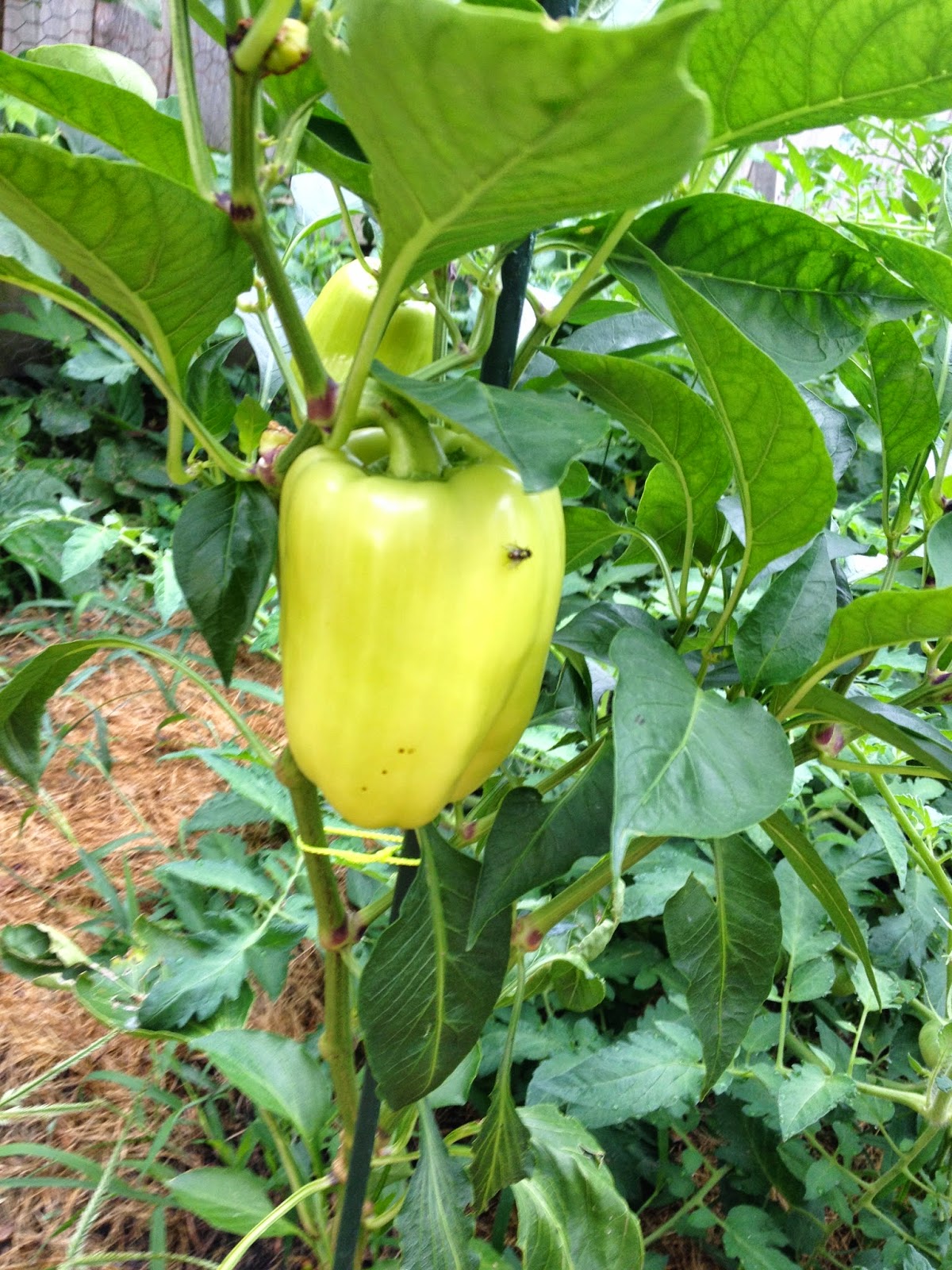 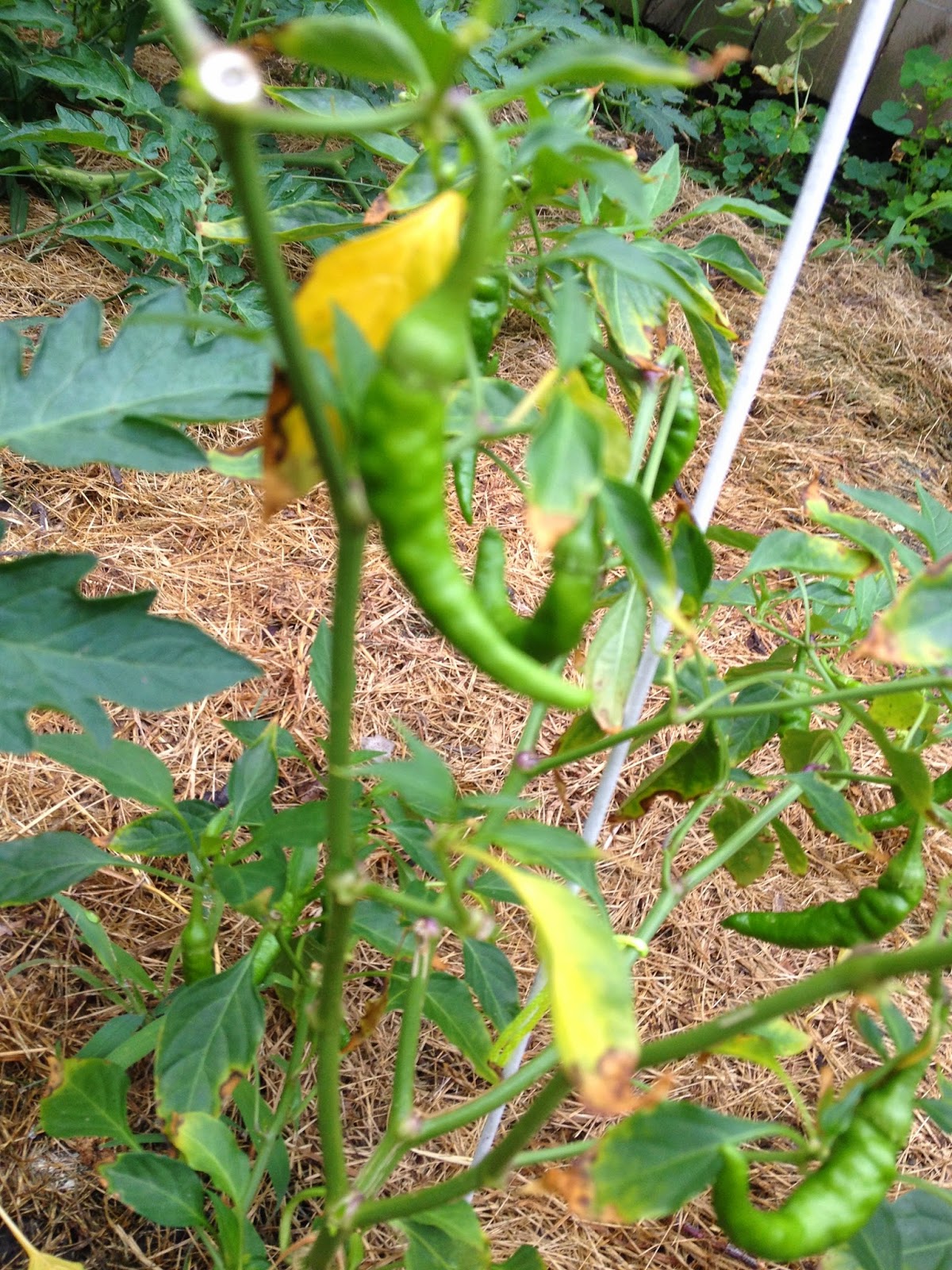 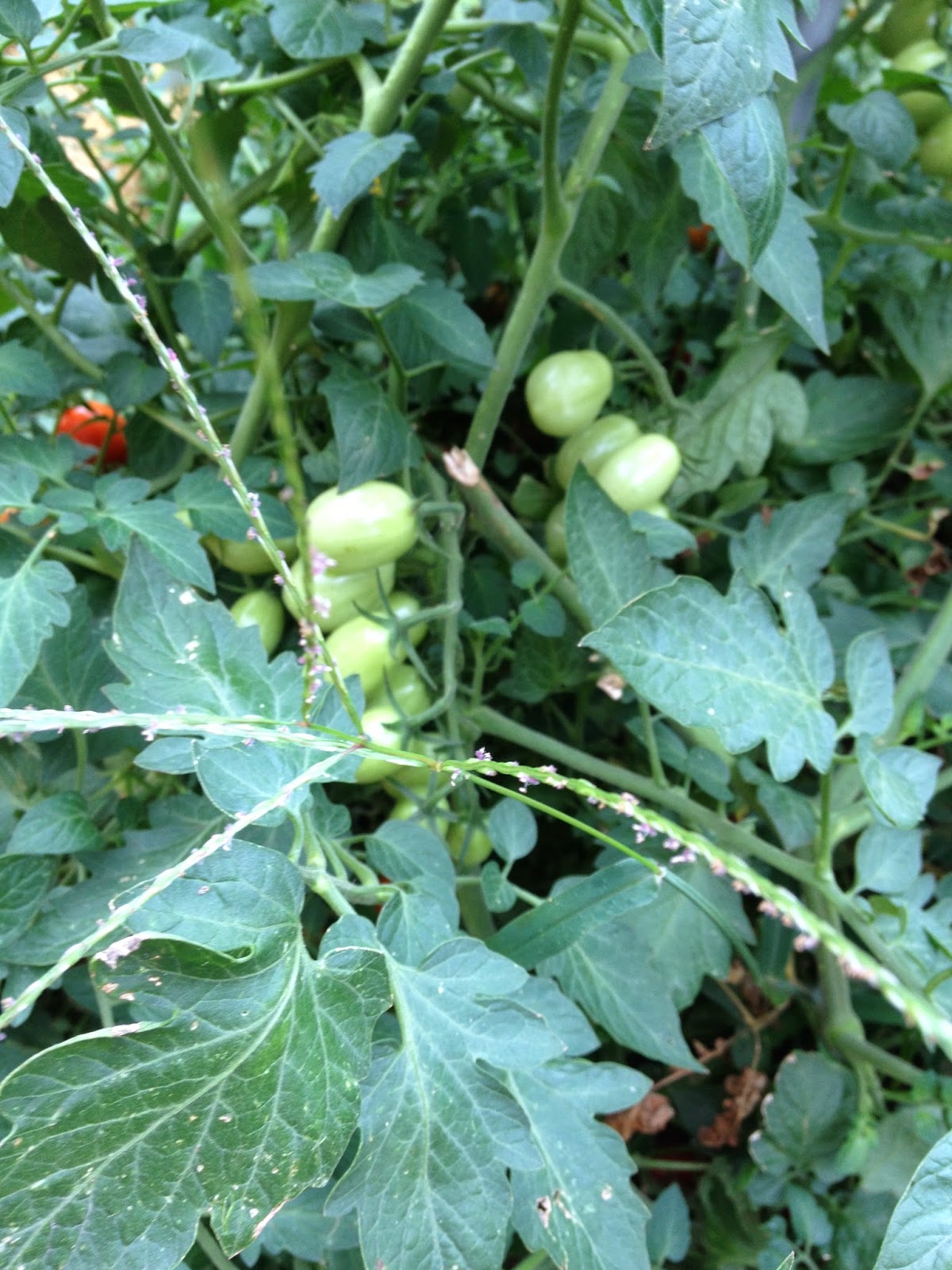 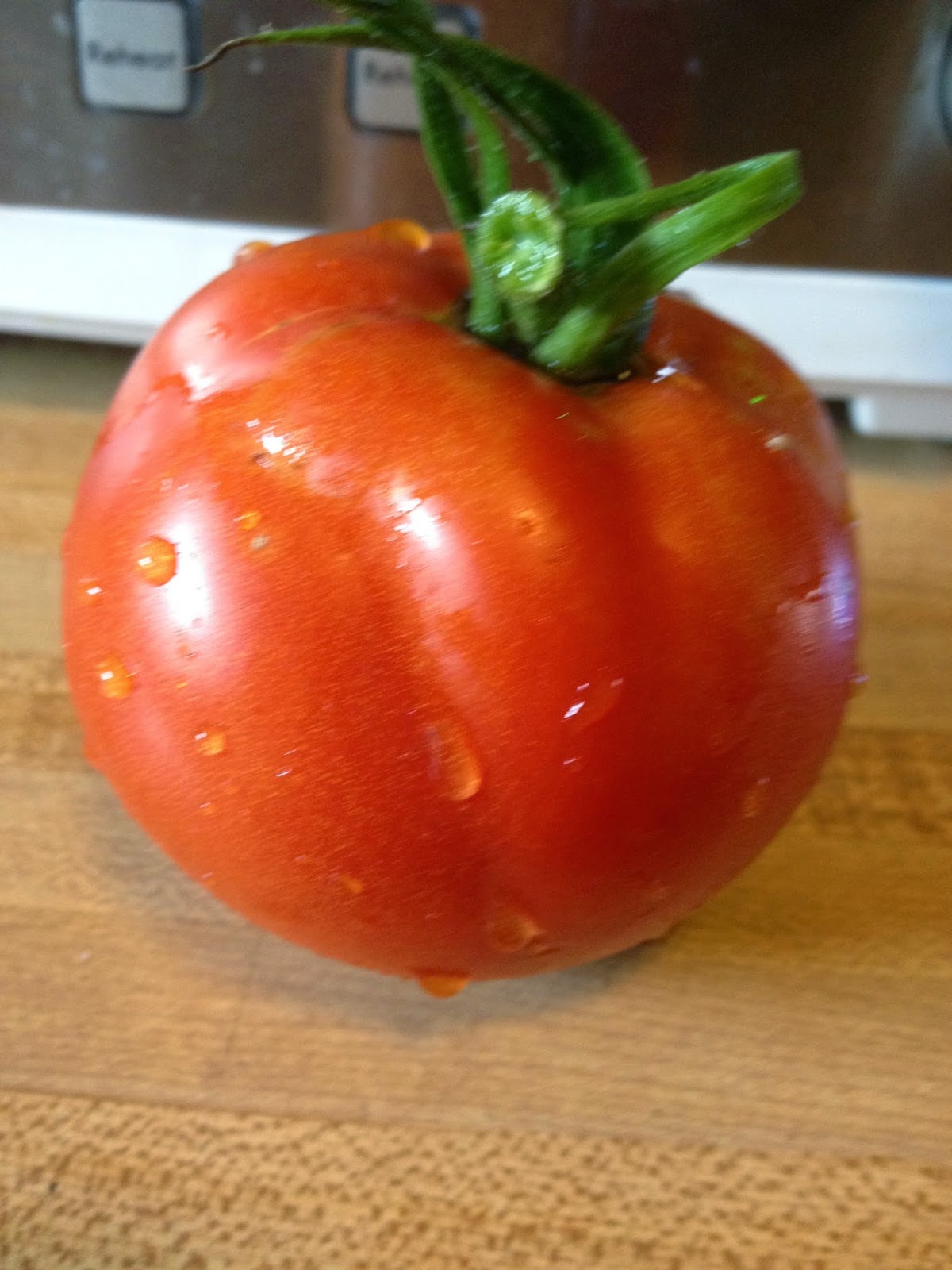 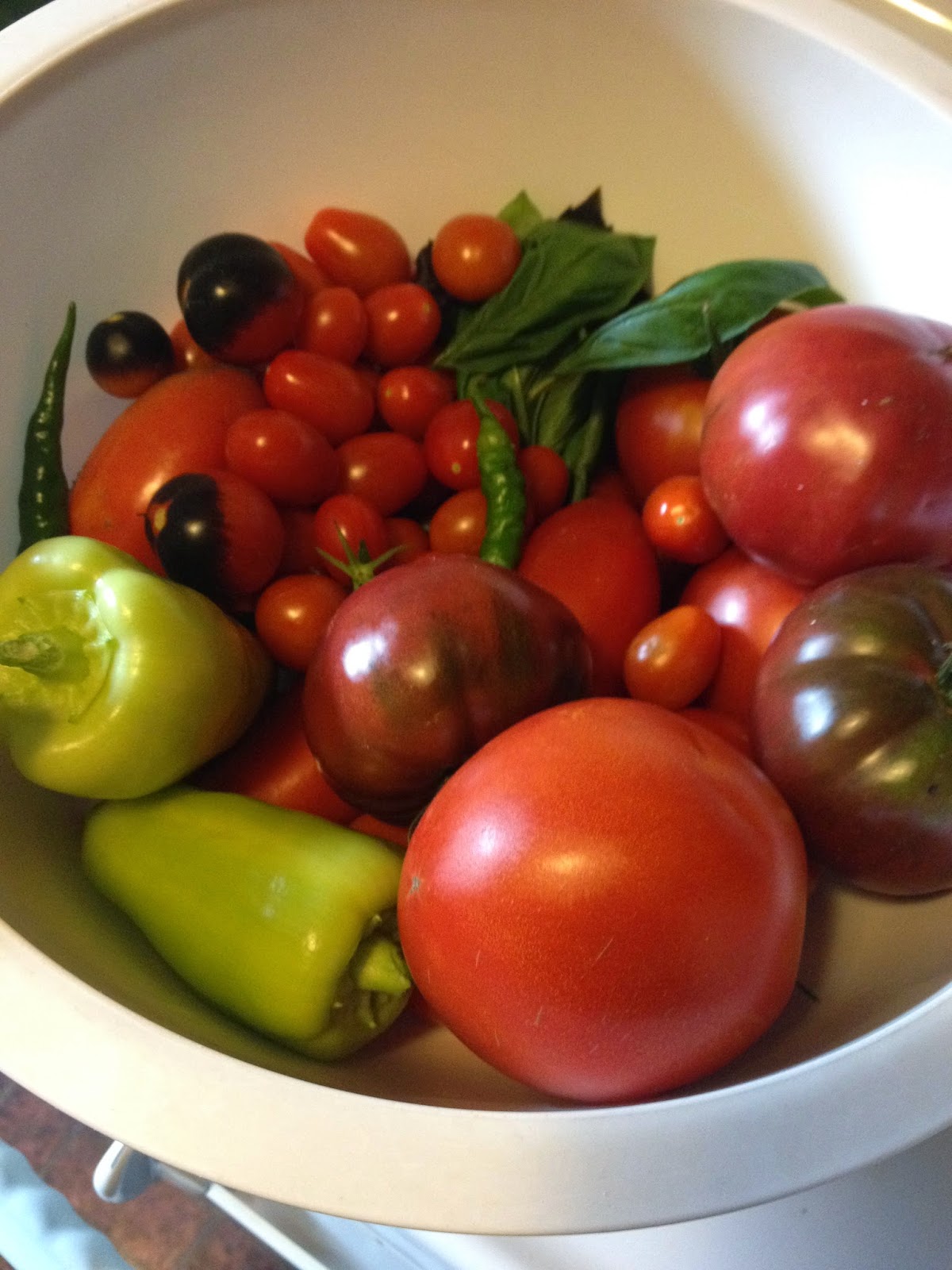