This past week I got together with a longtime friend. Her name is June and I first met her at age 16 when I was in high school and working in an office education program. I was assigned to the district office, where I met so many wonderful ladies. They were all like mothers and grandmothers to me and I still keep in contact with several of them. I've had a special bond with two of them - June and Jeanette - who are both are moms of only children who are sons. So, since they never had a daughter, there was always something special about those relationships.

Jeanette bought me a beautiful necklace and earrings to wear to my high school prom and she hemmed my prom dress.When I got married, she made baskets for my flower girls.

June was a great support when I became a mom and came to visit me in the neonatal unit with my firstborn. We had to refer to her as "grandma" because only parents and grandparents were allowed in the unit. Then when my second son was born he had been treated for severe jaundice. After he was home for two days, he seemed to be getting more lethargic. We took him back to the ER and he was admitted for more treatment under the billirubin lights. Here I was, just a few days after giving birth via emergency c-section, unable to even get out of a chair without help and I felt so alone. One morning I was there and hubby was at home caring for our 5-year-old and having to head back to work. I was afraid to leave the baby's side and could still barely walk. June came to the hospital to keep me company and bring breakfast and I still appreciate that so much.

June just celebrated her 85th birthday and we got together for lunch. She picked the place, which she originally told me was a new pizza place. Turns out it was a new location of a place I have loved for the past 30 or so years. Sanfratello's was a favorite pizza place for years where we would go for some great stuffed pizza. It was located in nearby Glenwood and they later expanded to locations in Dyer, Highland and Tinley Park. The location that had been in Highland moved over a little more to the north and west into a new building last year. And unfortunately that original location in Glenwood closed recently. Glenwood is a small south suburb that really doesn't have a lot for restaurants, so this was a big loss for that community. So when June mentioned that she wanted to go to lunch there I was happy. It had been a long time since I've had some Sanfratello's pizza.

When we got there, we learned that they have a lunch buffet. I believe it was $8.99 and it included soup, salad, chicken, chicken tenders, pasta, sausage with green peppers, onion rings, Italian beef with rolls, breadsticks, fried zucchini and several varieties of pizzas and some mini desserts. I kind of missed getting a bite of the stuffed pizza, but there was so much there to try. And the thin crust pizza is pretty awesome, also.

I tried out the two soups - a minestrone and another with spicy sausage and veggies. Both were very good. I followed it up with a plate that included a couple bites of everything. Can't wait to go back for lunch again! 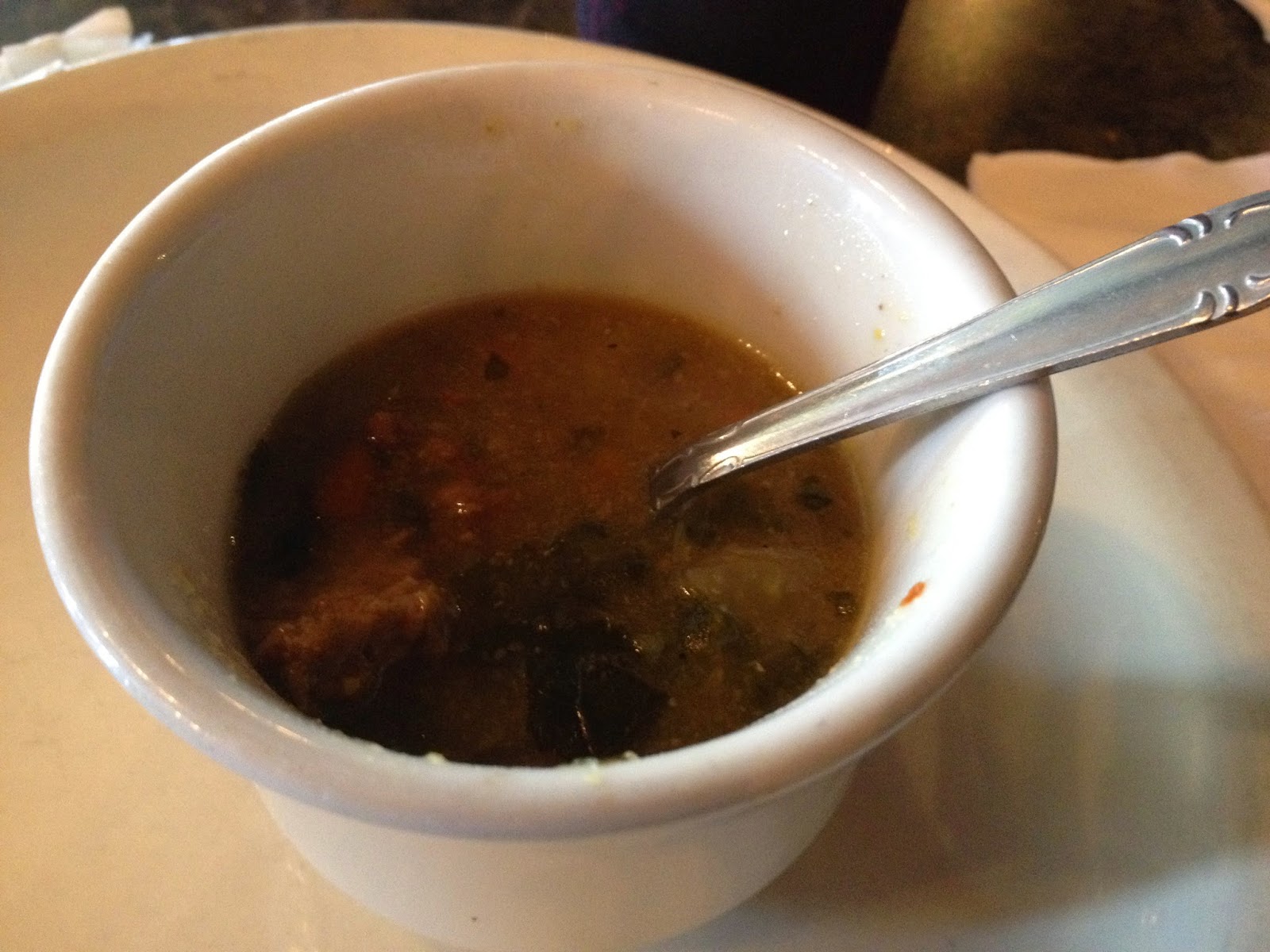 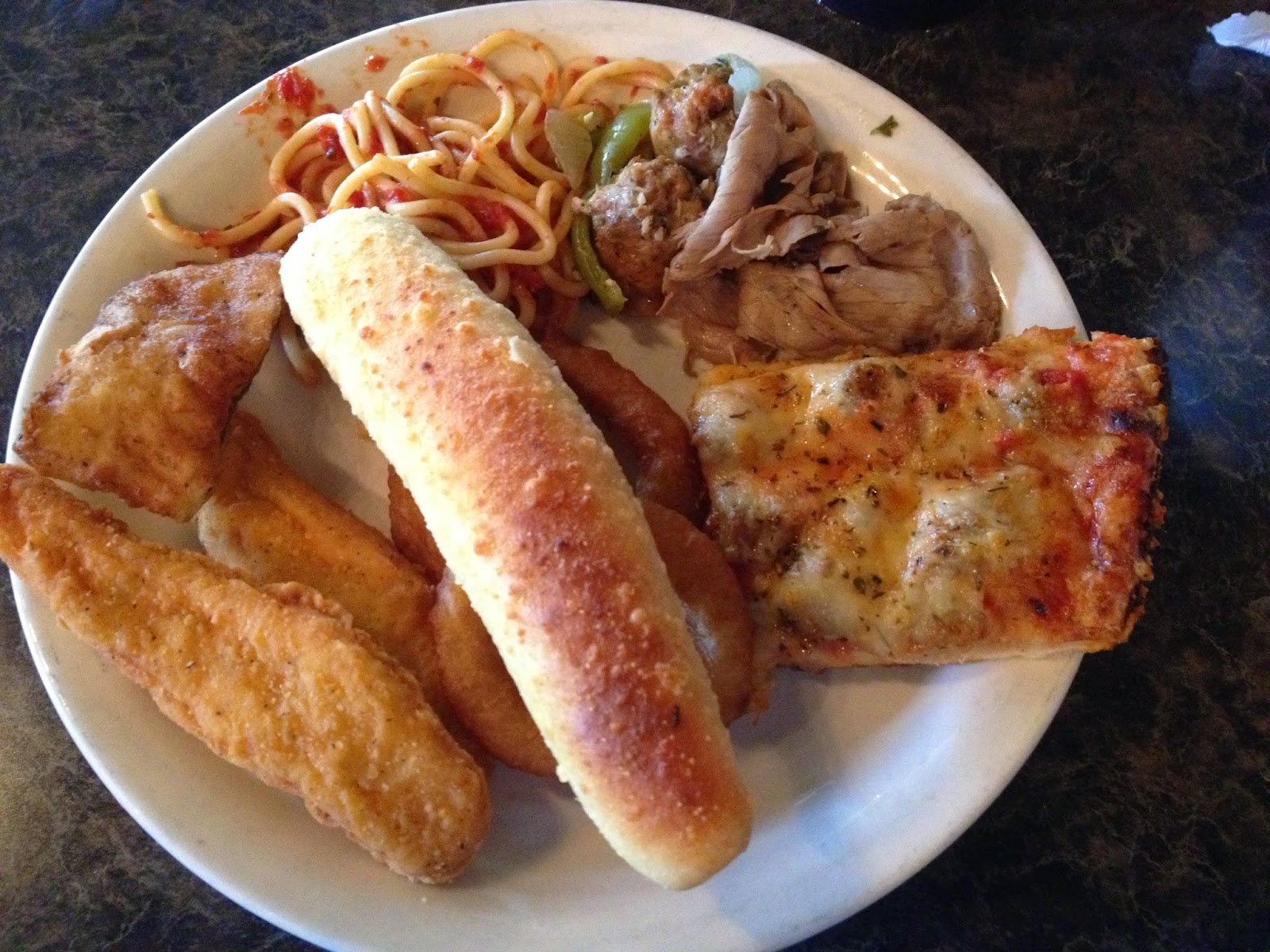 Love my old pal, June, and love getting together with her for lunch. :) 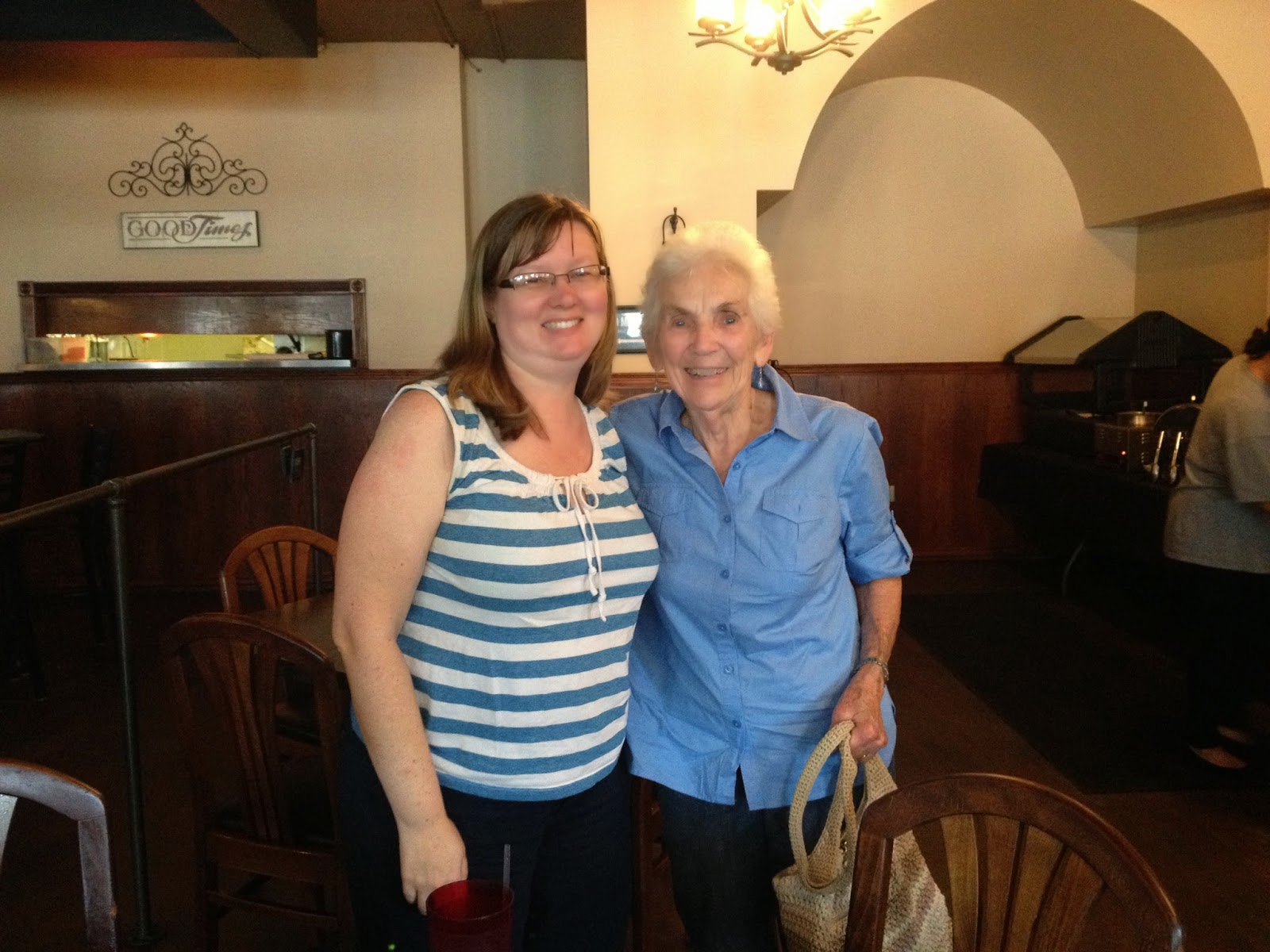