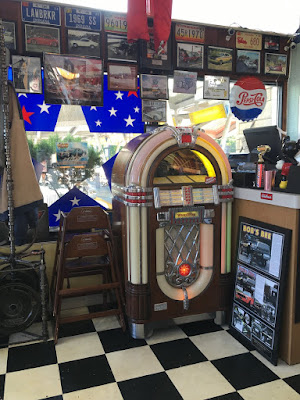 Way back in the late 1980's when my husband and I were first dating, he was really into old cars. He had taken auto shop classes in high school and had a good buddy of his was into cars, too. They spent a lot of days in the garage with greasy tools working on cars - way back before cars had computers in them. His buddy still has one of the cars that they worked on long ago. My husband had a few 70's eras vehicles that he was fond of - a couple 1970's Chevy Novas, some early 70's Chrysler New Yorkers and a Malibu. Unfortunately, he didn't hang on to any of them. They sure would be fun to have today. Anyway, so since he was so fond of antique cars, some of our first dates were going to the Blue Top Drive In on Friday nights when we'd park way in the back of the lot as the good spots were reserved for the really nice cars. We'd enjoy a burger and a shake delivered by a carhop while 50's tunes played over the speakers. 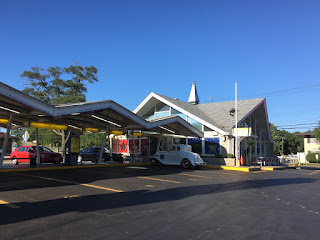 Over the years, the place slowly started to die. Disinterested management and road construction seemed to have it going down a path it couldn't recover from. It closed briefly, but was saved buy a guy named John Golfs, who has an appreciation for the nostalgic significance of the place and who happens to be a big car guy. In the past couple of years, he's done some renovations and modified the menu, bringing back in the car buffs and the people like me who remember going on dates there long ago. The place is definitely a blast from the past. 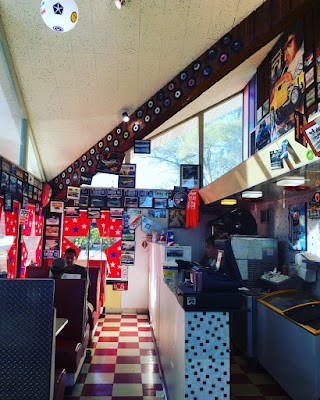 I hadn't been there since he had taken ownership of the place, so when I picked my son up from a rehearsal this past week and he was hungry for a burger, I suggested we stop there. We went inside to eat so that I could see the new look. My son thought it was pretty cool. He ordered a Trix milkshake and a grilled cheese burger (a hamburger patty between two grilled cheese sandwiches, which is a prescription for a heart attack, but pretty tasty!) We shared an order of fries with cheese and it totally could have fed four. We were there midday on a weekday and a few antique vehicles came and went. I'll have to make it back on a Friday night when things are really hoping' 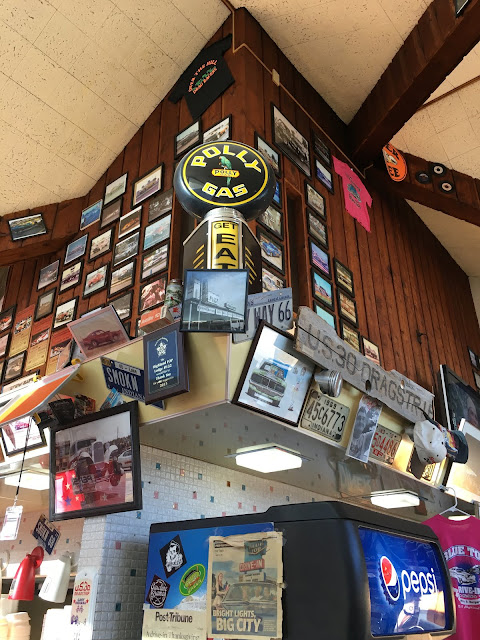 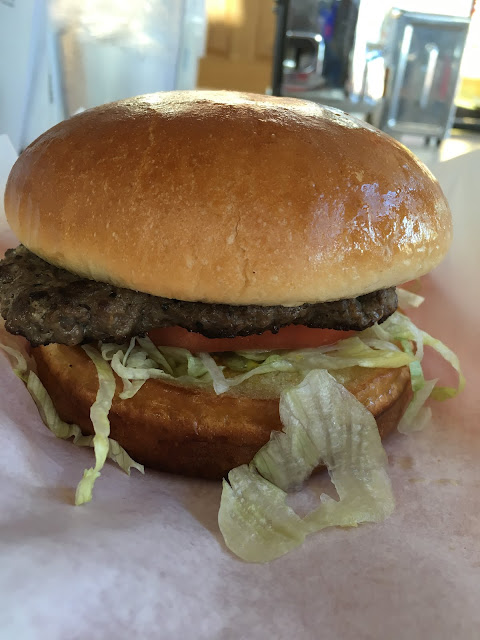 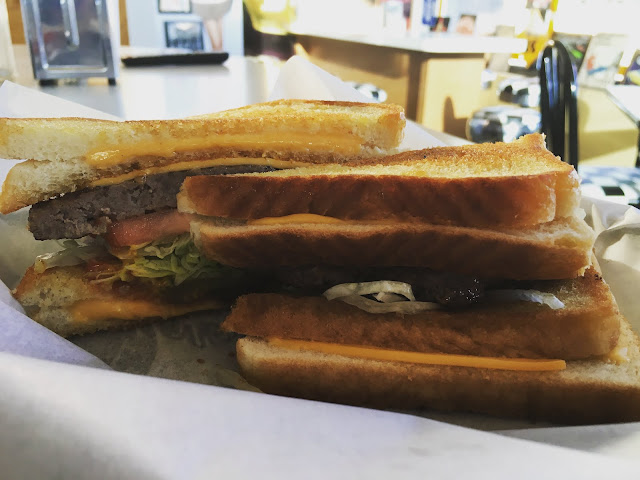 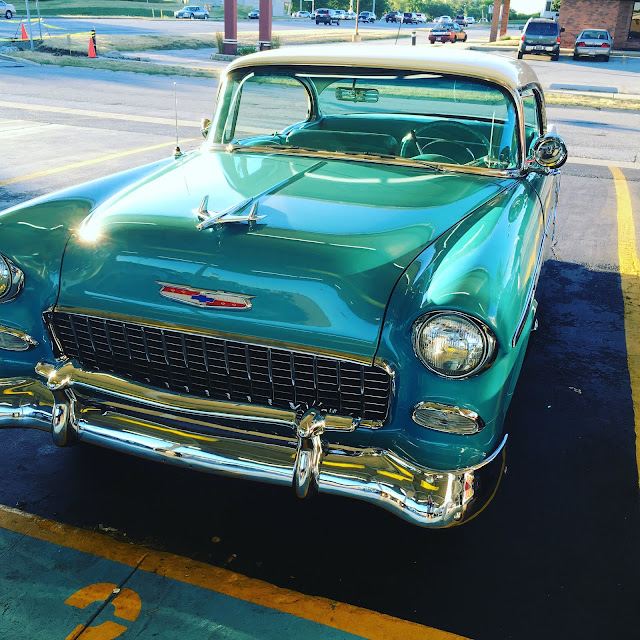 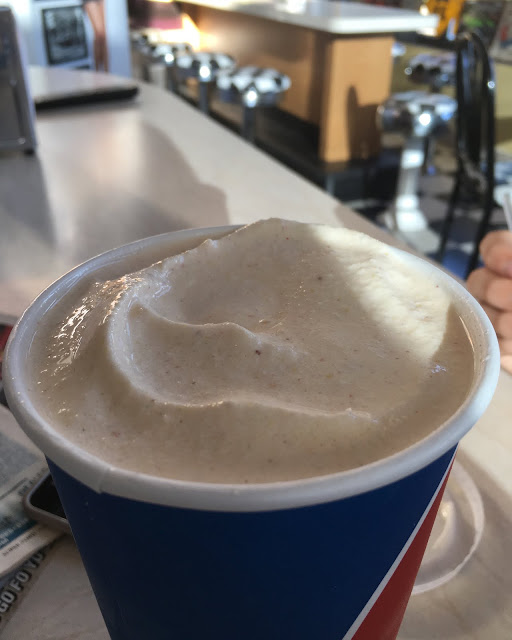 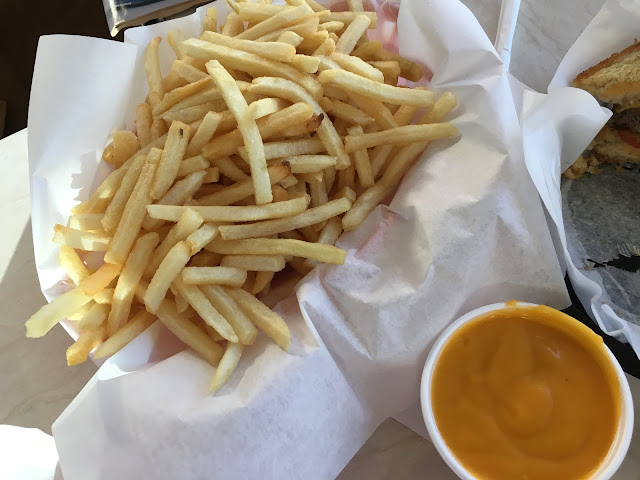 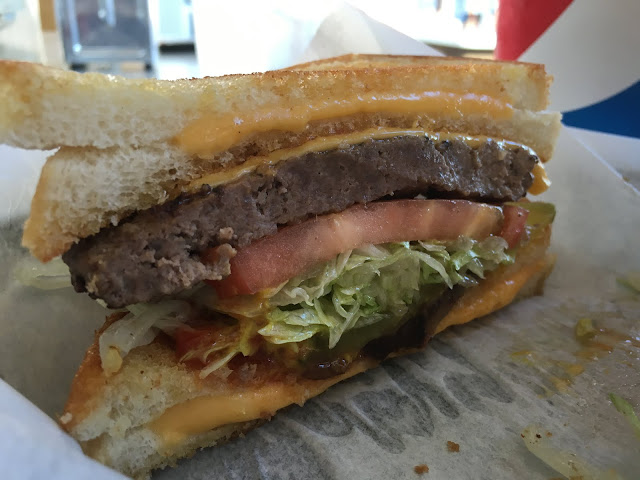 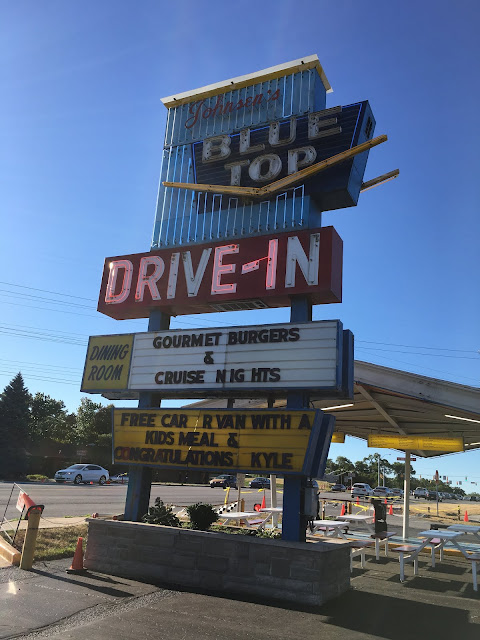 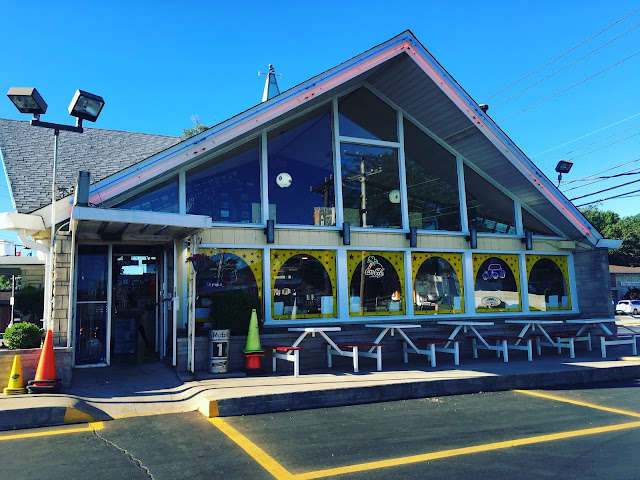