For a barbecue last weekend, my husband planned out a few recipes he wanted to make. One was a spicy sriracha glazed chicken drumsticks, one was for some spiced nuts, another was for seasoned potatoes and one was for melted onions.

The onions soaked in red wine and vinegar and then were put on the grill where the outer layers got dark and crunchy, but were then removed to expose some nice, soft inner layers that would go on the burgers along with some mushrooms that were made on the grill in a butter sauce.

My son's buddy manned the grill for a bit. He brushed some of the burgers with some Jack Daniel's Apple Jack and topped them with some cheddar cheese and placed it on a toasted sesame seed bun.

It was quite tasty - a unique and complimentary blend of flavors. And it was one of those messy burgers where everything ran down your arm. Yummo. 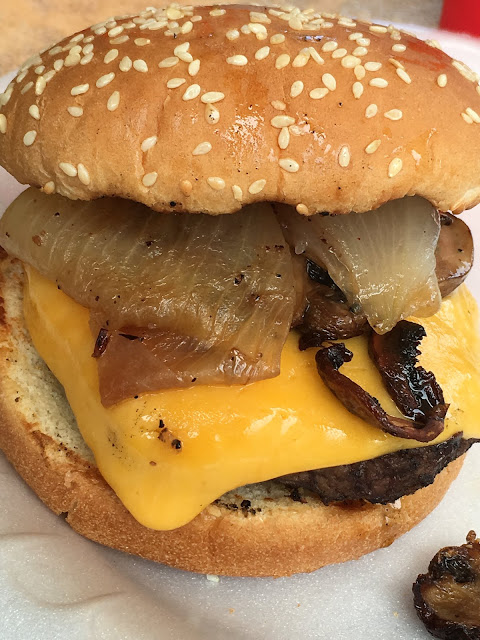