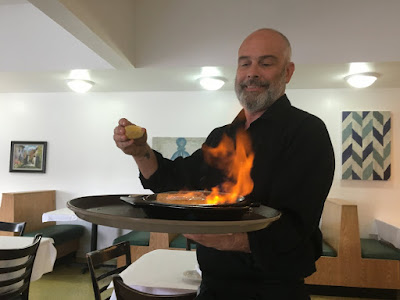 Because I live in the south burbs just minutes from the Indiana border, I do a lot of shopping and dining there. In recent months, a new restaurant in Hammond had popped up in my FB feed with the most mouthwatering photos. I've had it in mind for a while and finally stopped for a visit with my dad last week. 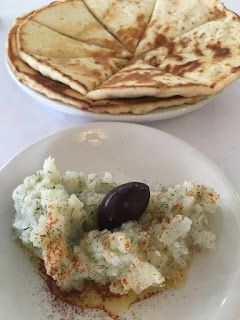 While there are several "Greek" restaurants in the area with a long list of menu items, this one is the real deal and as authentic as if you visited Chicago's Greek Town - saganaki and all. Don't you just love to holler "Opa!" as a plate of flaming cheese is brought to your table?

We were there on a Friday when they introduced octopus as a special. The waitress said it was so popular that they sold out midday. Our meal started with skordalia, an appetizer made with finely chopped potato and garlic and dill and served with warm hand-made pitas. I was told that it's not served every day, but there's always some kind of appetizer brought to your table when you're seated. This one was a winner and I hope they're making it on the day I come for my next meal.

Next came the saganaki, something you just can't pass up. Even if you're not all that into cheese, the show of flames and the celebratory "Opa!" are all part of the experience. It's so delicious - slightly crunchy outside, gooey on the inside. 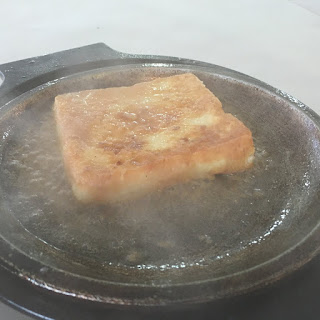 We had a hard time deciding when it came to the entree, but since we were already filling up on our appetizers, we decided to split a two-skewer dinner. It comes with choice of soup or salad and I had heard that the stuffed pepper soup was amazing, so I had to give it a try. The claims were right on. Good stuff, full of hearty veggies and rice and meat.

The entree choices included other Greek specialties and a nice selection of salads, sandwiches and seafood. There are many dishes I look forward to going back and trying. 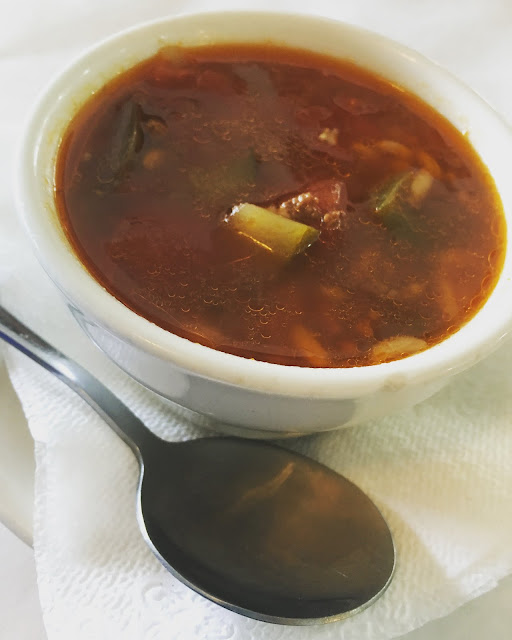 The dinner came with your choice of meat on the skewers and we opted for pork and chicken, along with Greek oven potatoes, rice pilaf, Greek green beans, a wedge of feta and a slice of lemon. The meat was very flavorful, the rice was plentiful, the potatoes were super tender and the Greek green beans were a great accompaniment full of other veggies, as well. Being the lemon lover I am, I doused my meat and potatoes in lemon juice and enjoyed.

The Stuffed Pepper is located just north of I-80/94 on Indianapolis Blvd. - 7231 Indianapolis to be exact. Follow along on Facebook for photos and specials. 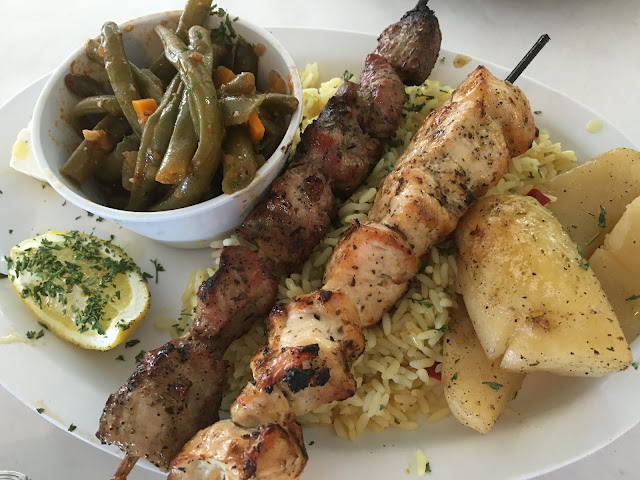 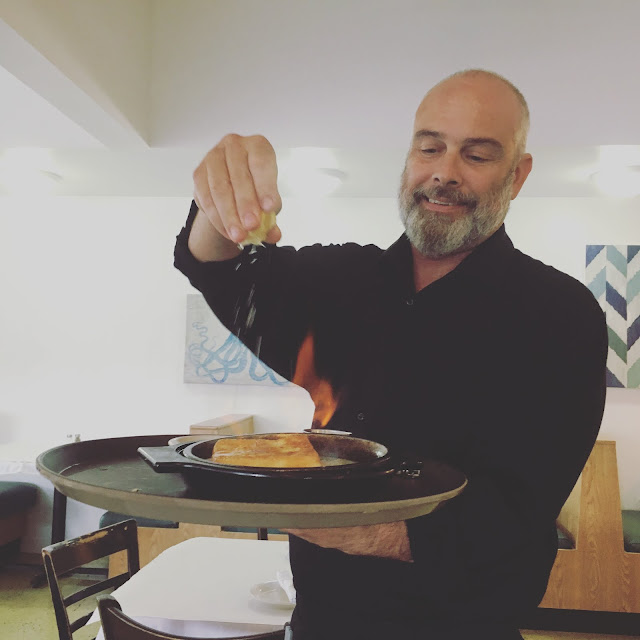 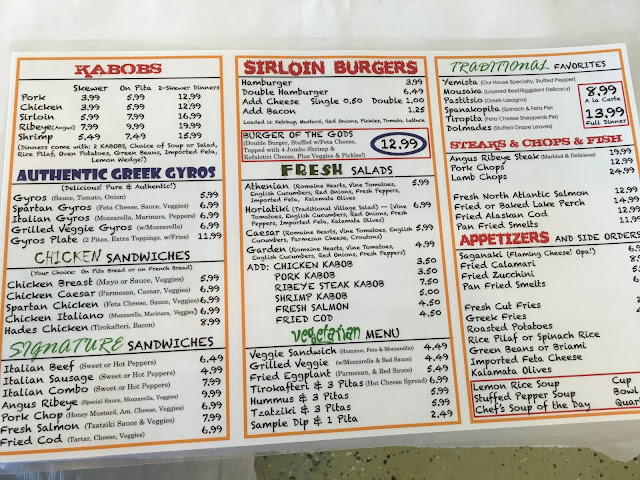