The Simple Greek: Munster, IN

As a resident of the south suburbs, I spend a lot of time in Northwest Indiana. Many times each week I find myself driving down Calumet Avenue in Munster and it seems like forever that I’ve been watching the construction going on at the Centennial Village next to Centennial Park. A hotel recently opened along that stretch and progress is moving quickly now. I’ve been following the Simple Greek online for sometime and anxiously awaiting its opening. 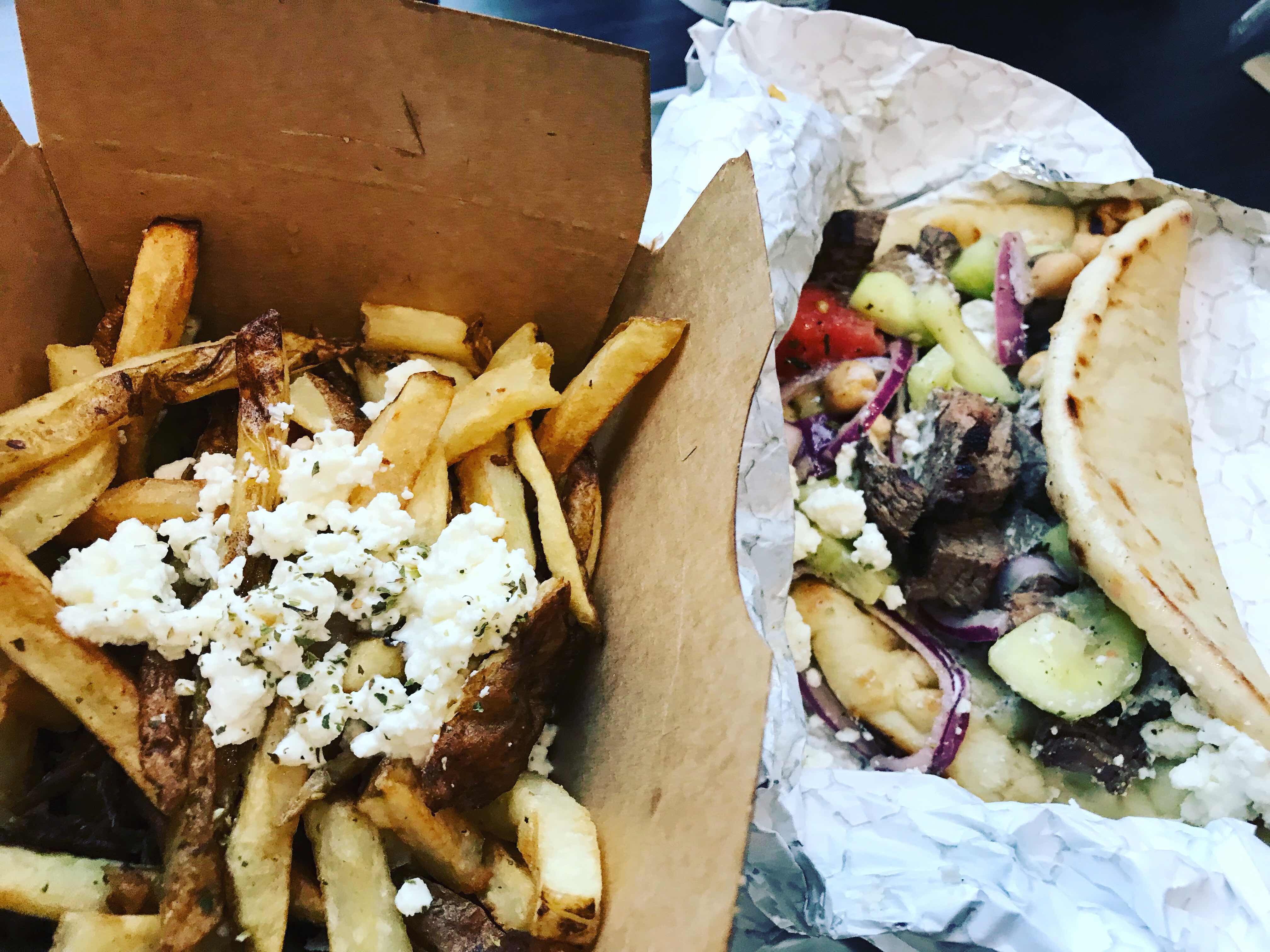 I was so pleased to see that opening day was getting near. They’ll be opening tomorrow on April 16 and tonight I had the opportunity to get a sneak peek of the place and do a little sampling. 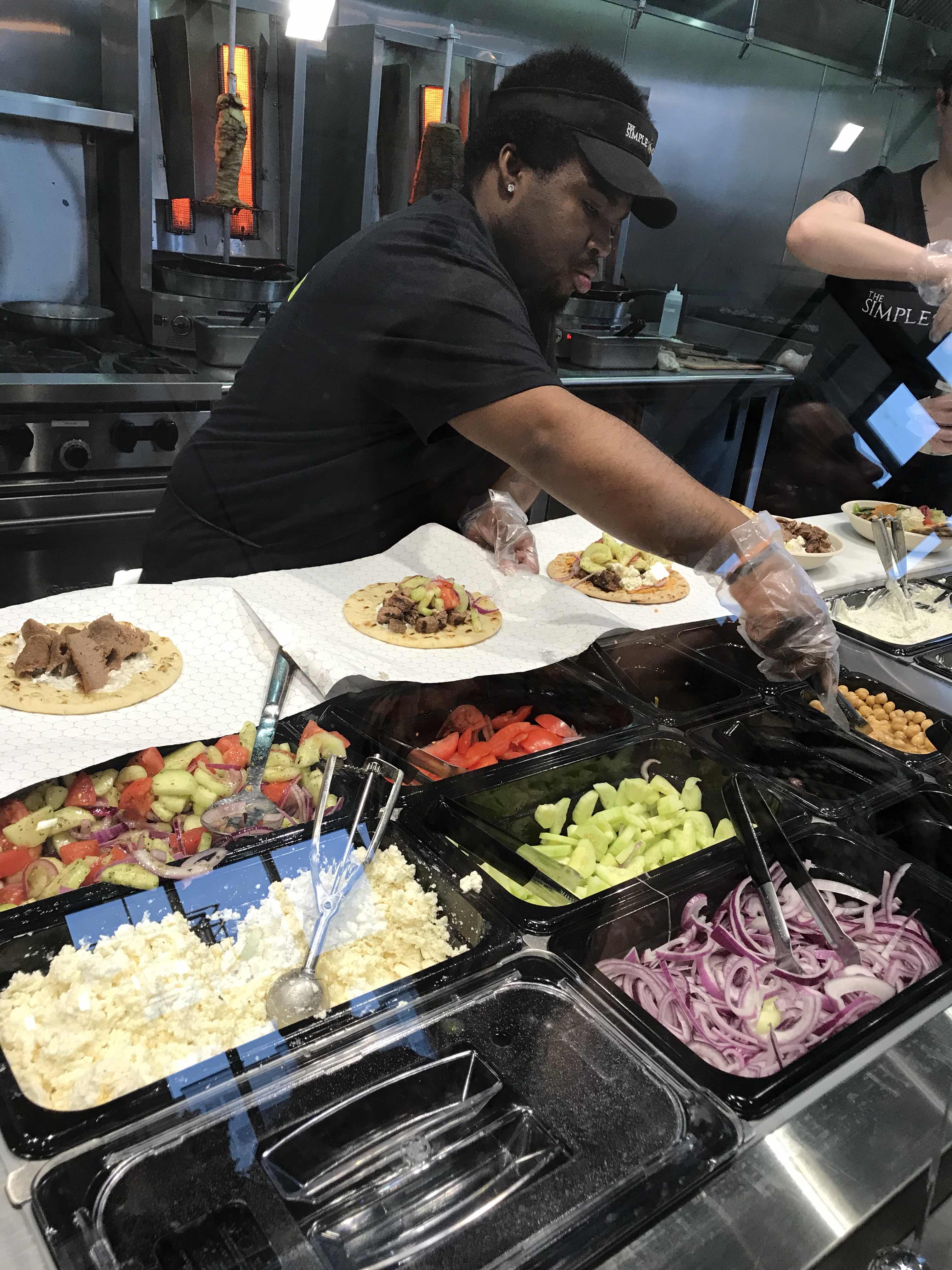 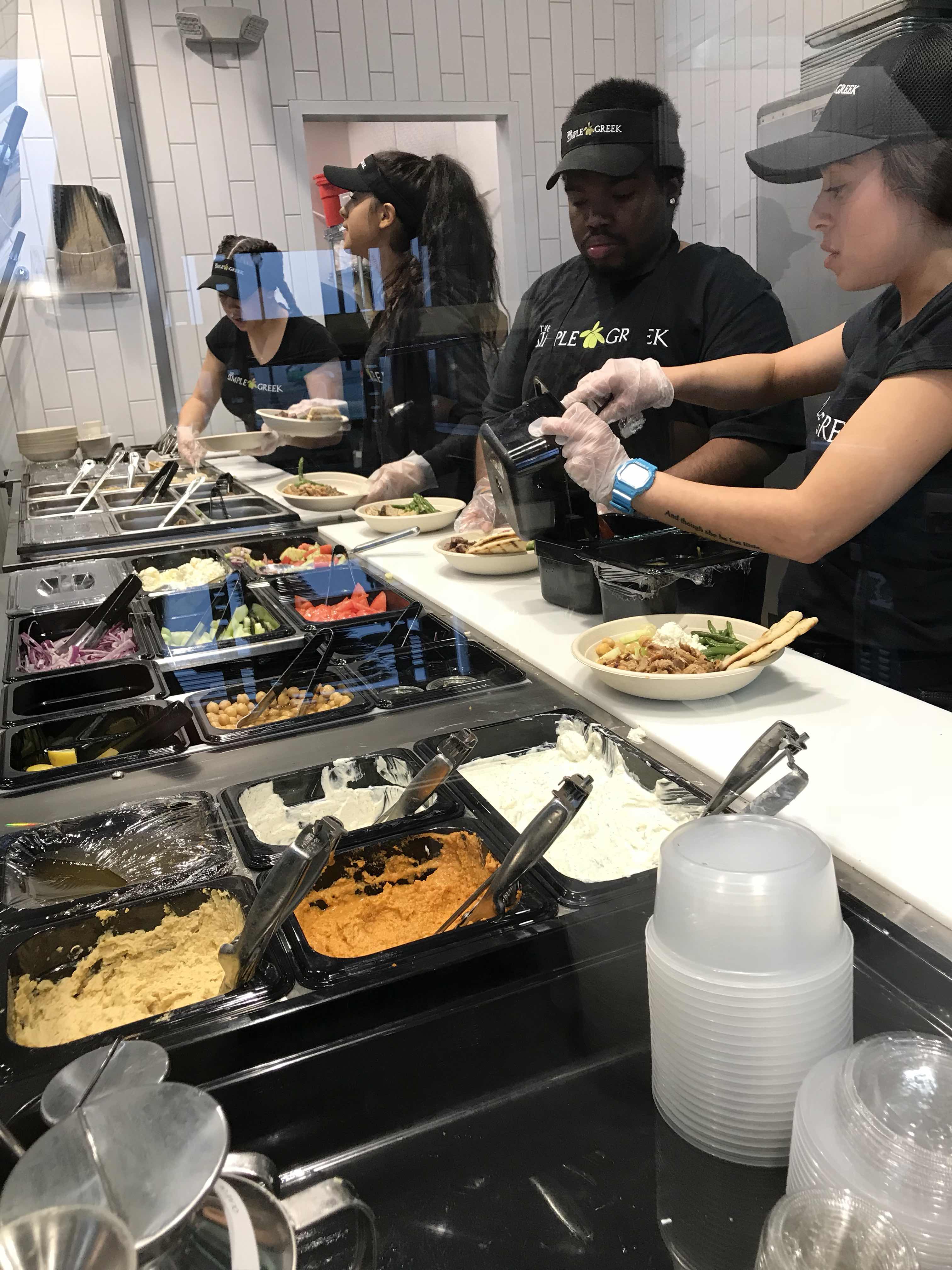 As we were waiting in line to place an order, employees made their way around with samples - cheesecake, baklava, cheese pie, rice pudding and that spinach/filo dough item with that very long Greek name that I can never pronounce (spanakopita). All were very, very good. And nearly all are homemade at the restaurant. 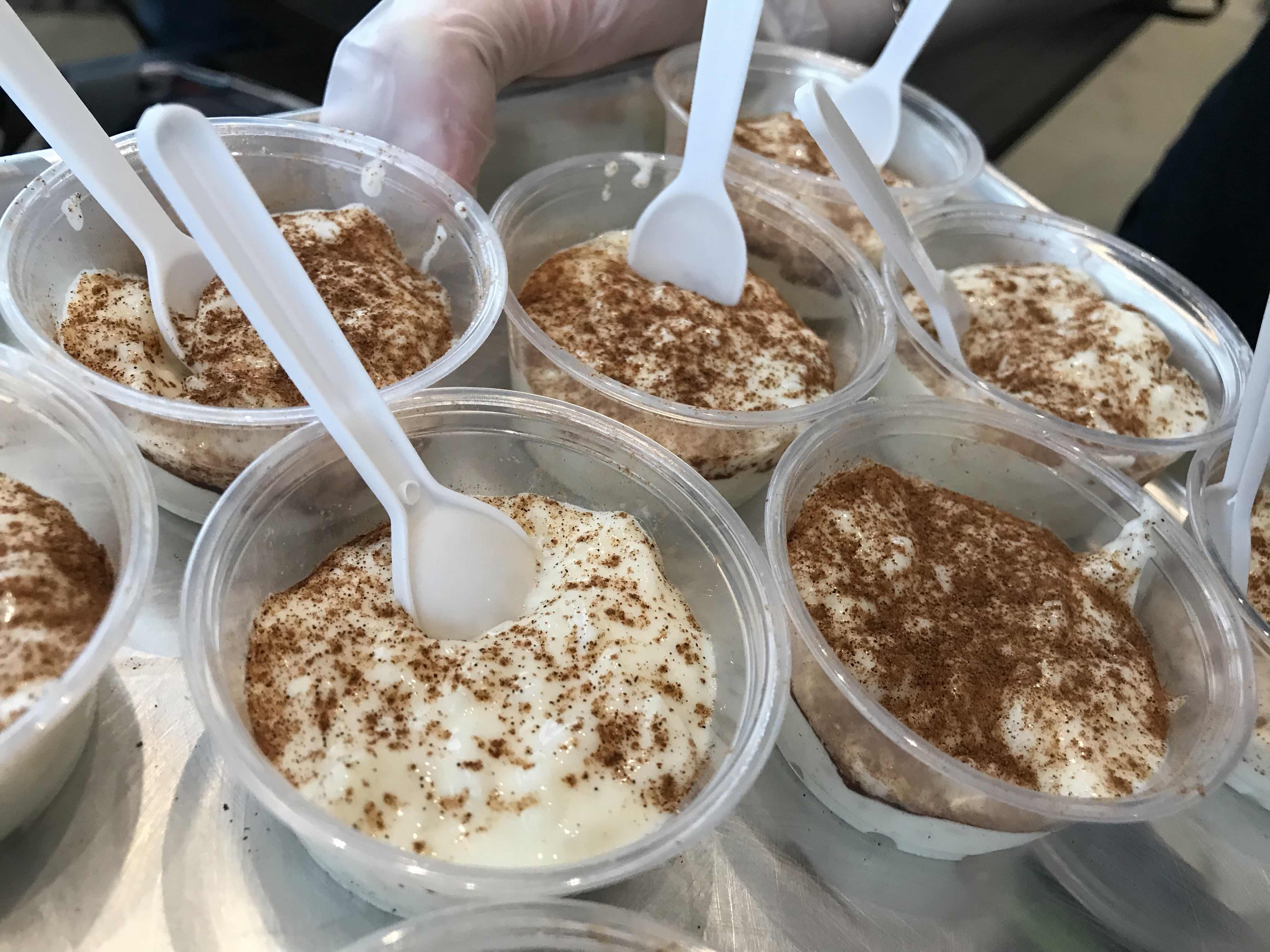 When we got up to the counter, we selected either a pita or a bowl. You can do white or wheat pitas and for a bowl you can select rice, lentils or salad. There are several protein options. I sampled the chicken gyros and the grilled steak - both were crazy good. I opted for a white pita with traditional gyros meat that was so much better than what I’ve gotten used to. I’d imagine it’s hard to keep gyros meat tender and moist and prevent it from sometimes drying out after it spins for a while and sits under a heat lamp. The meat here was absolutely amazing. Really. Best gyros I’ve had in a very long time. You also had a choice of five sauces. I’m a big fan of traditional Tzatziki sauce and ordered it on my pita, but I also requested a side of the garlic cream so I could taste it and WOW! I may have found a sauce I like even better than tzatziki. :) 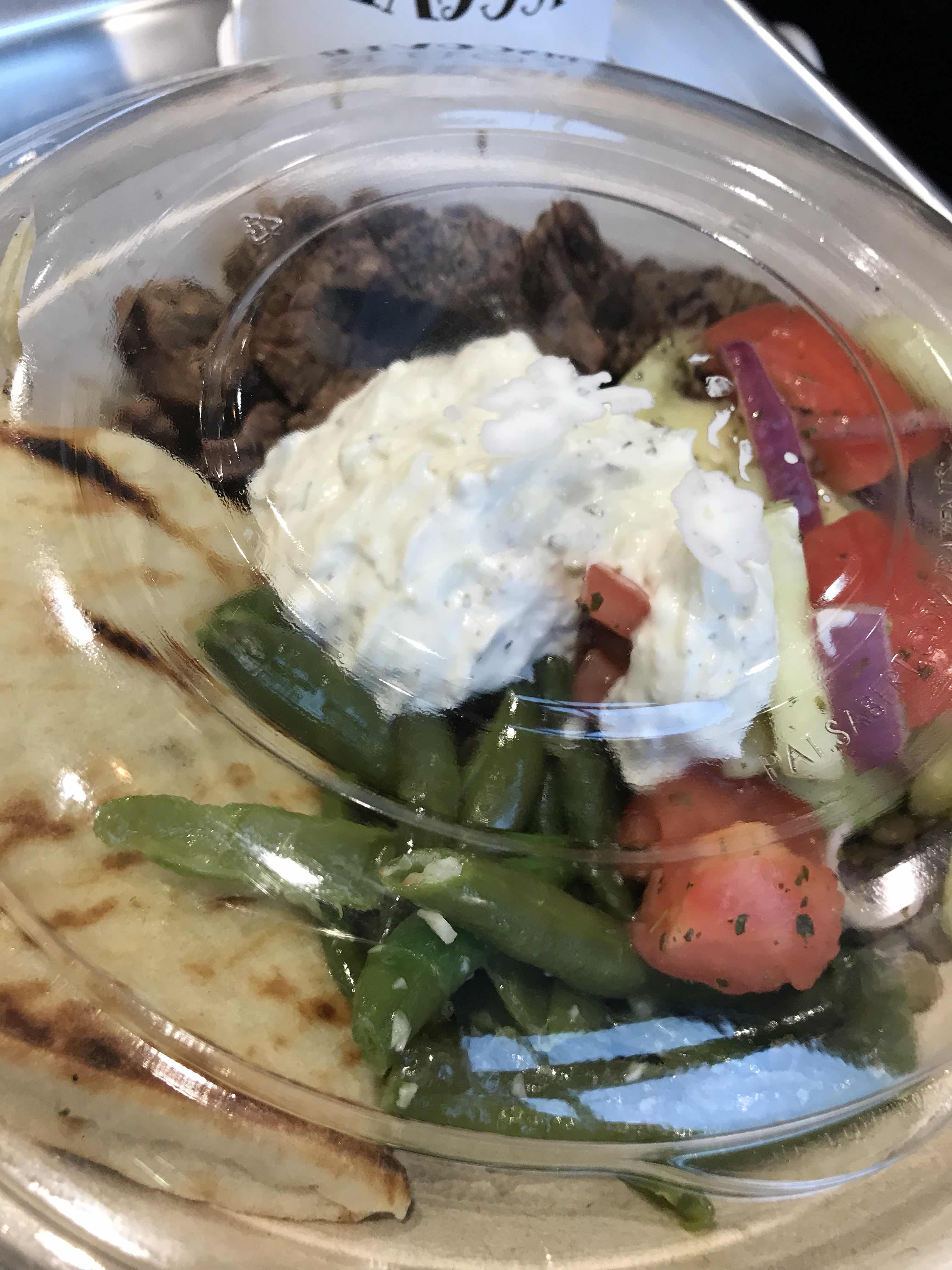 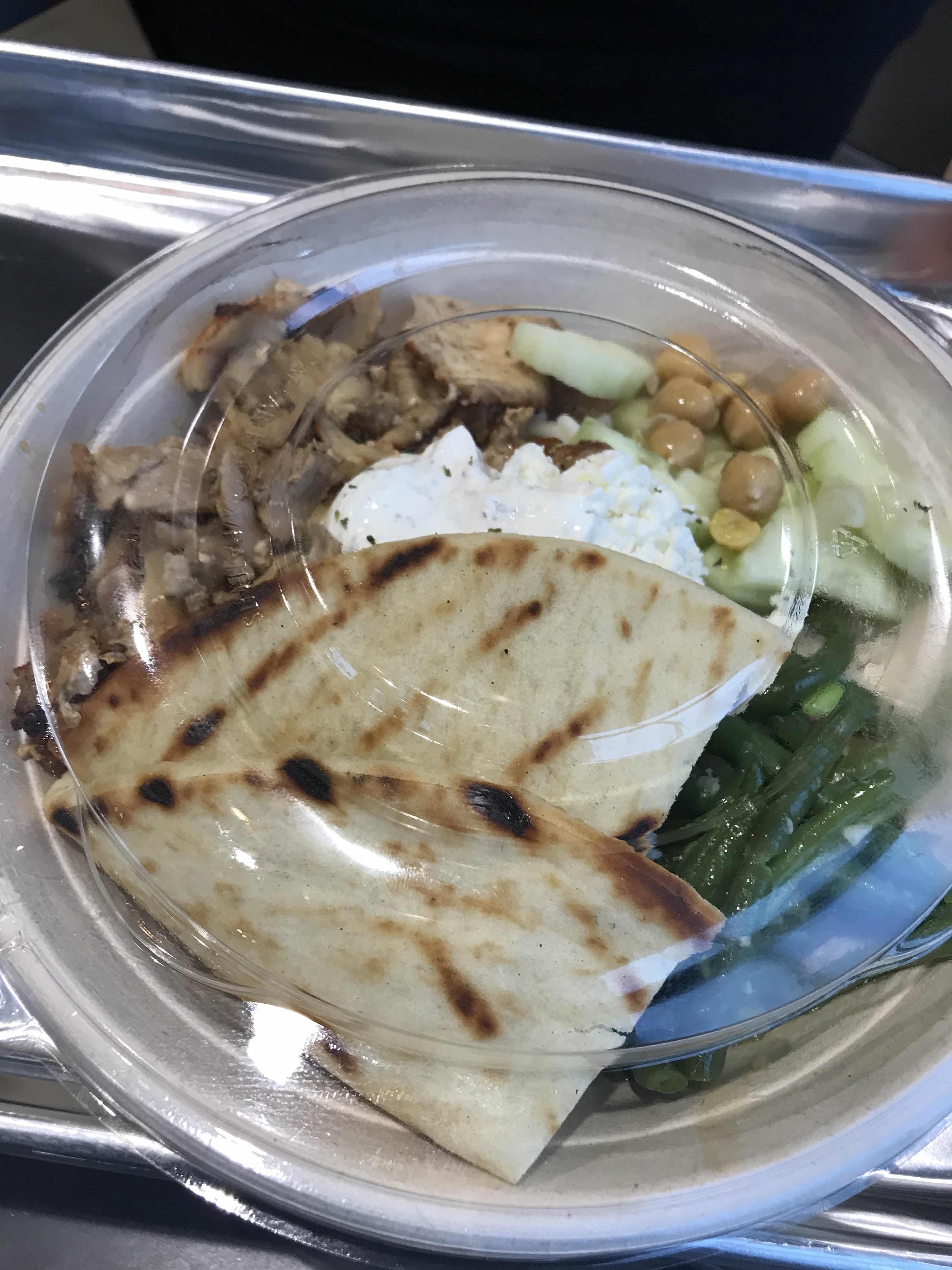 Next you have nine topping choices. I went with traditional gyros veggies - cucumber, tomato and onion - and added on some feta. Loved this good-quality crumbled feta! You can then finish it off with oils and seasonings and I added some olive oil and oregano, a nice touch that I don’t usually don’t get on a gyros at a local joint. I also got an order of the Greek fries as a side. They were uber yummy - fresh cut fries with feta, garlic salt, oregano and red wine vinegar. I could totally make a meal of of those alone. 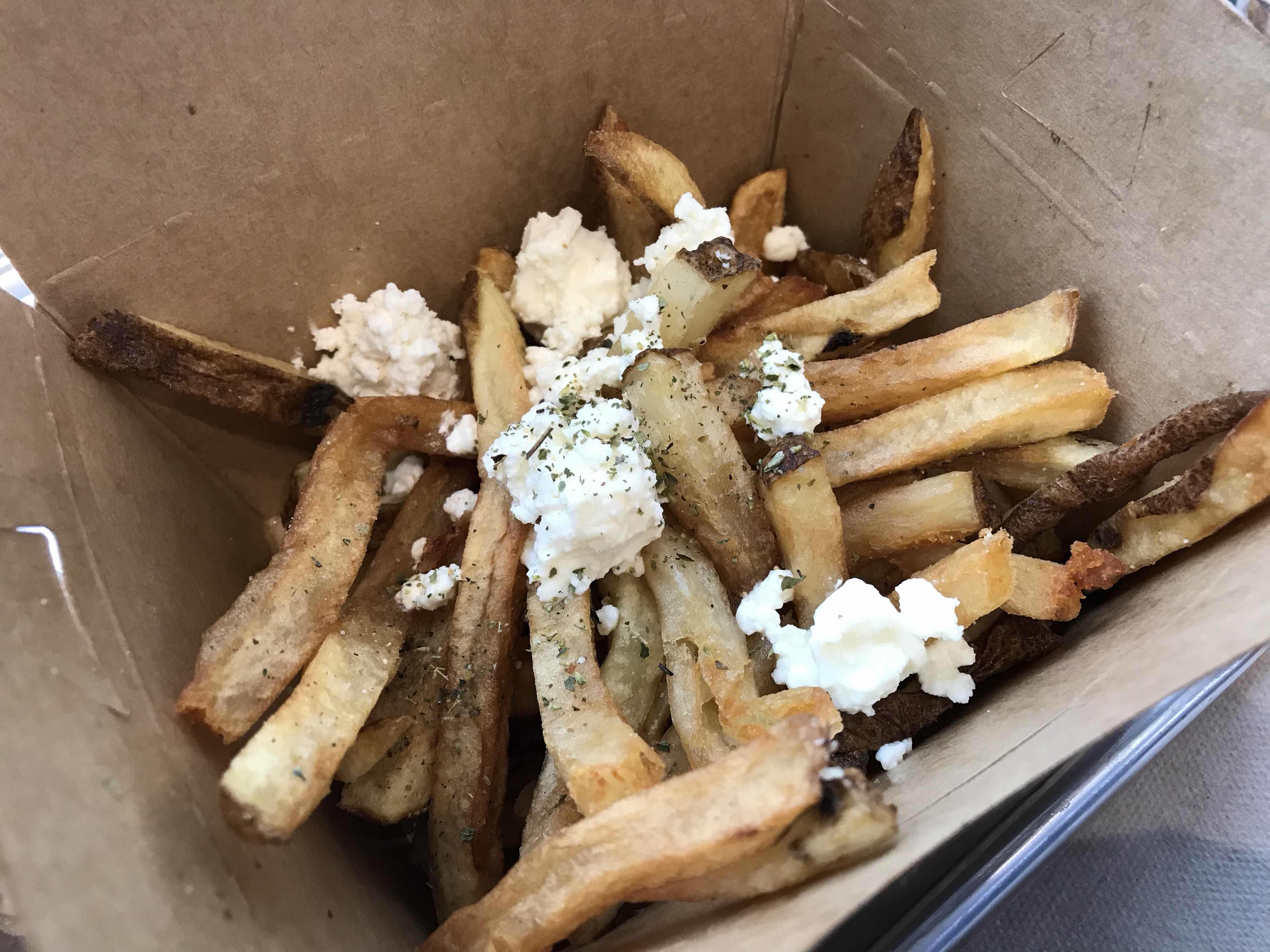 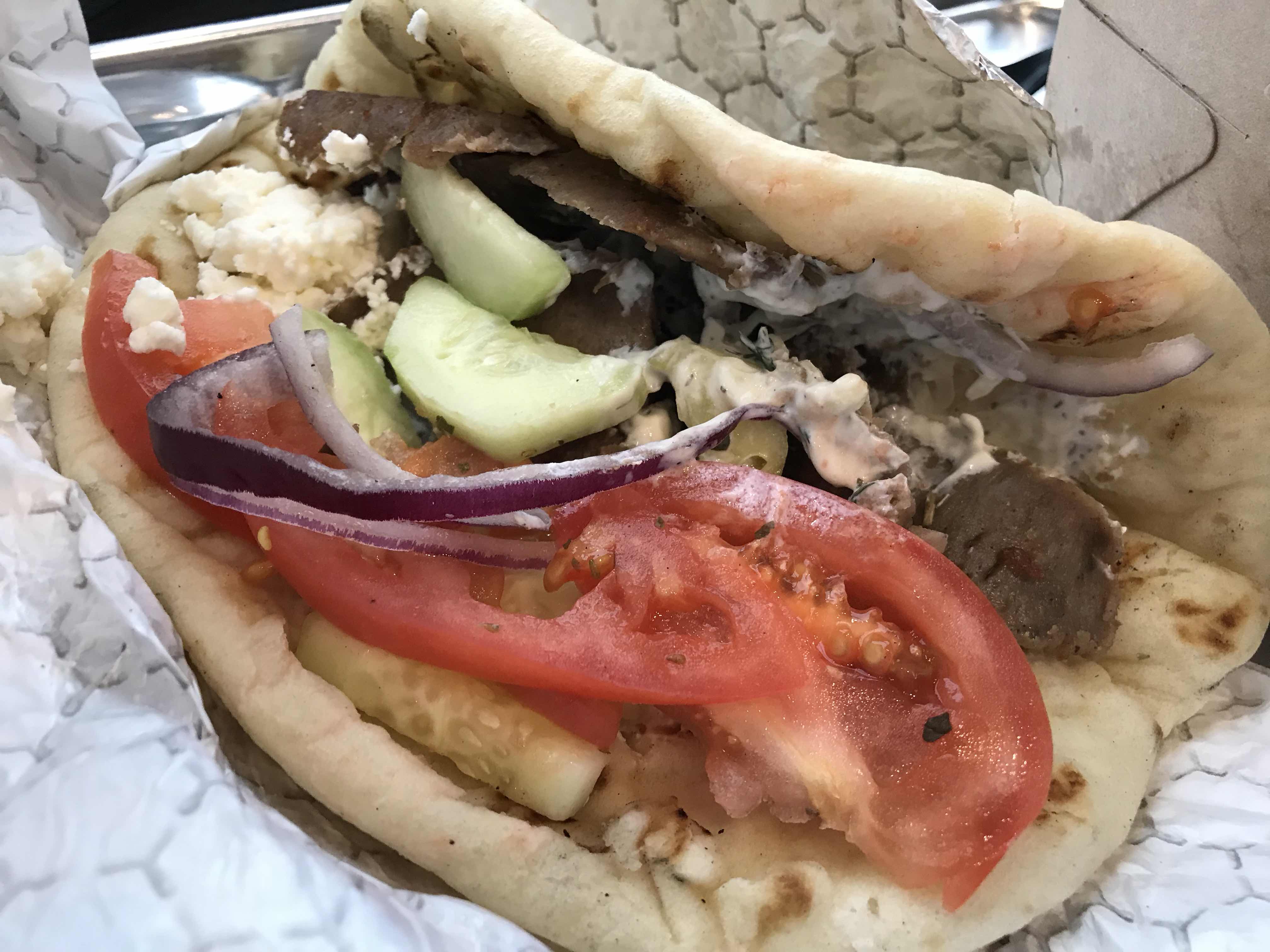 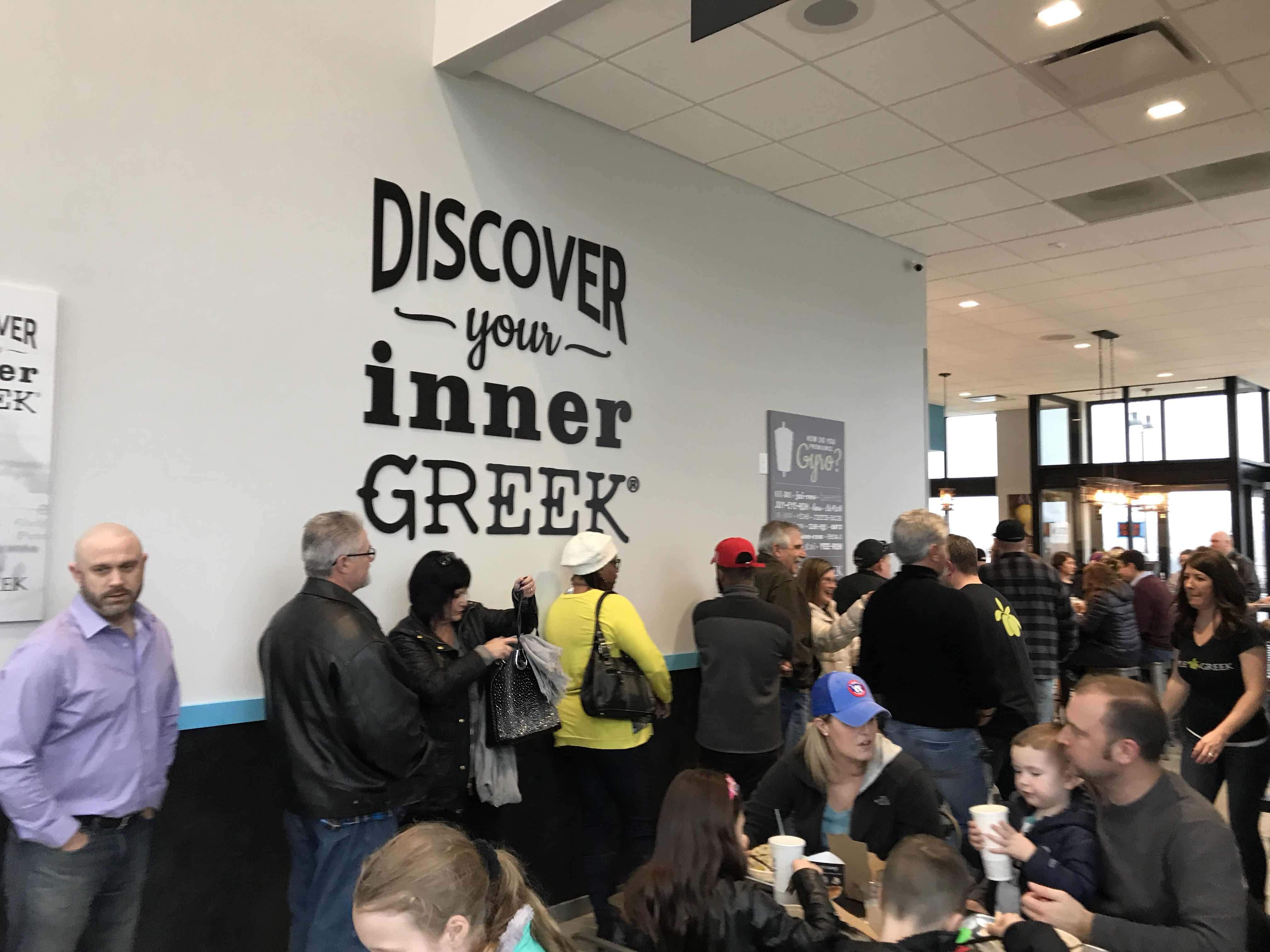 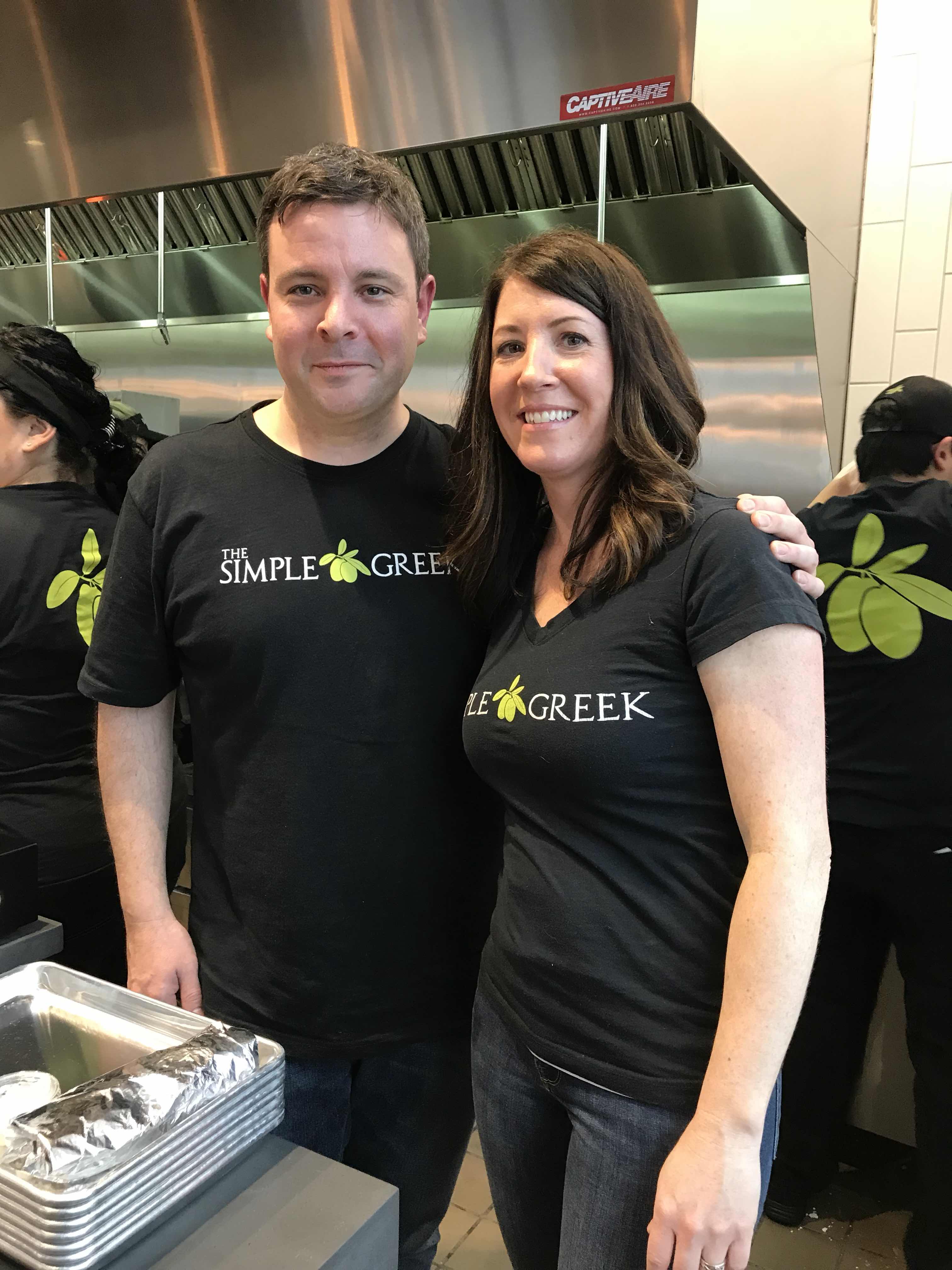 I’m so excited to have this new local fast casual eatery nearby. I was excited to meet owners Adam and Katie and wish them well. I’m also looking forward to getting back and trying out other menu items, such as lentil soup, dolmades and hummus.
The Simple Greek
9611 Calumet Ave.
Munster, IN
(219) 922-4976
Thesimplegreek.com