While my kids were on their spring break and while so many people were heading south, we decided to head up north to Michigan. Our destination was Ludington, Michigan and on the way there we stopped off in Muskegon. My husband always likes to find craft breweries as we travel and he consulted Siri and found one right on our route. It was lunchtime and everyone in the car was hangry. The place didsn’t serve food, but it was in a historic building that had a restaurant across the hall and you could order food there to bring in.

So, we stopped off at Top Shelf Pizza & Pub for a bite and hubby had a chance to walk across the hall and enjoy a flight while we waited for our food. 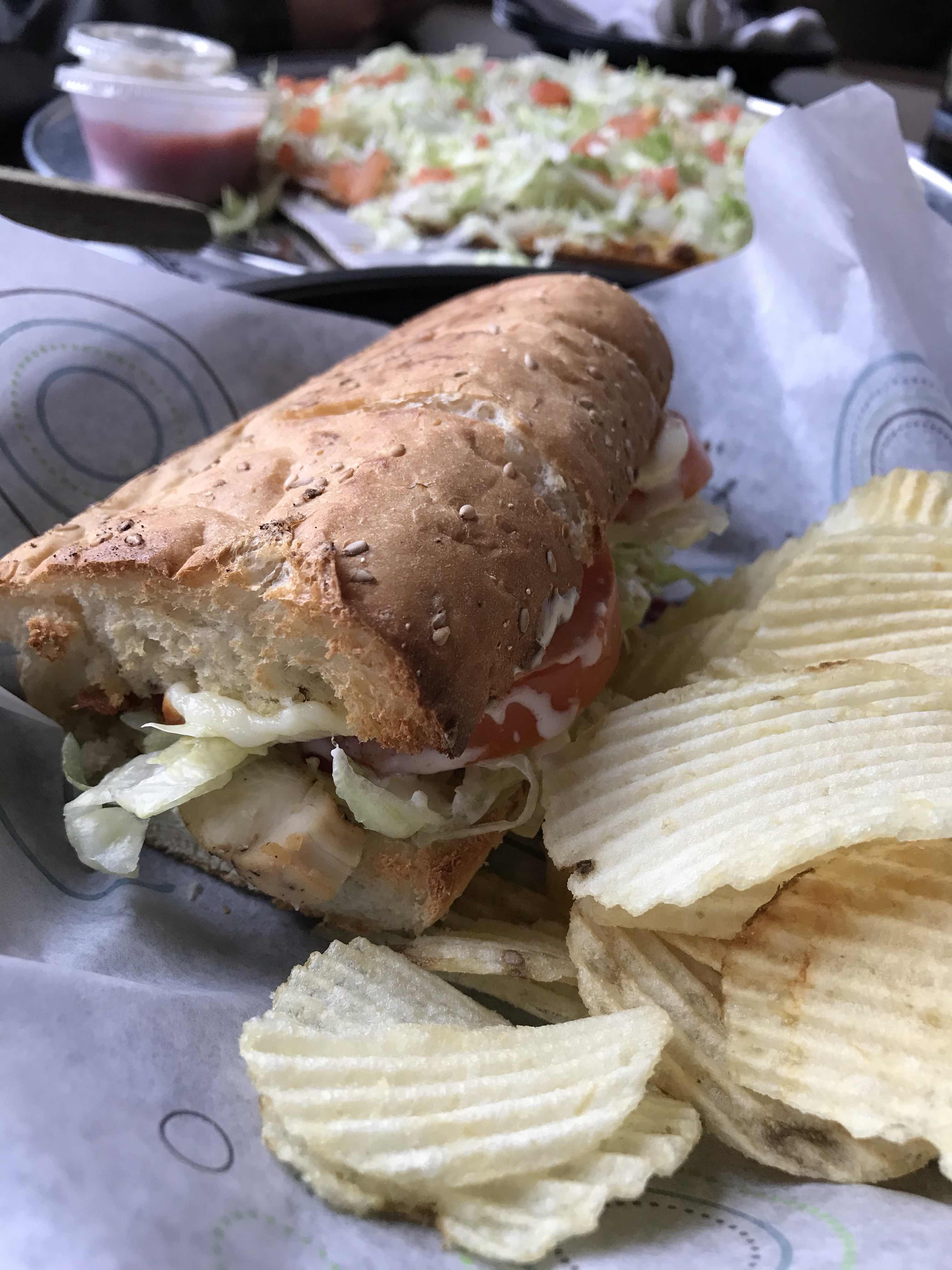 The boys decided to try sandwiches - a chicken club (above) and steak sandwich (below). 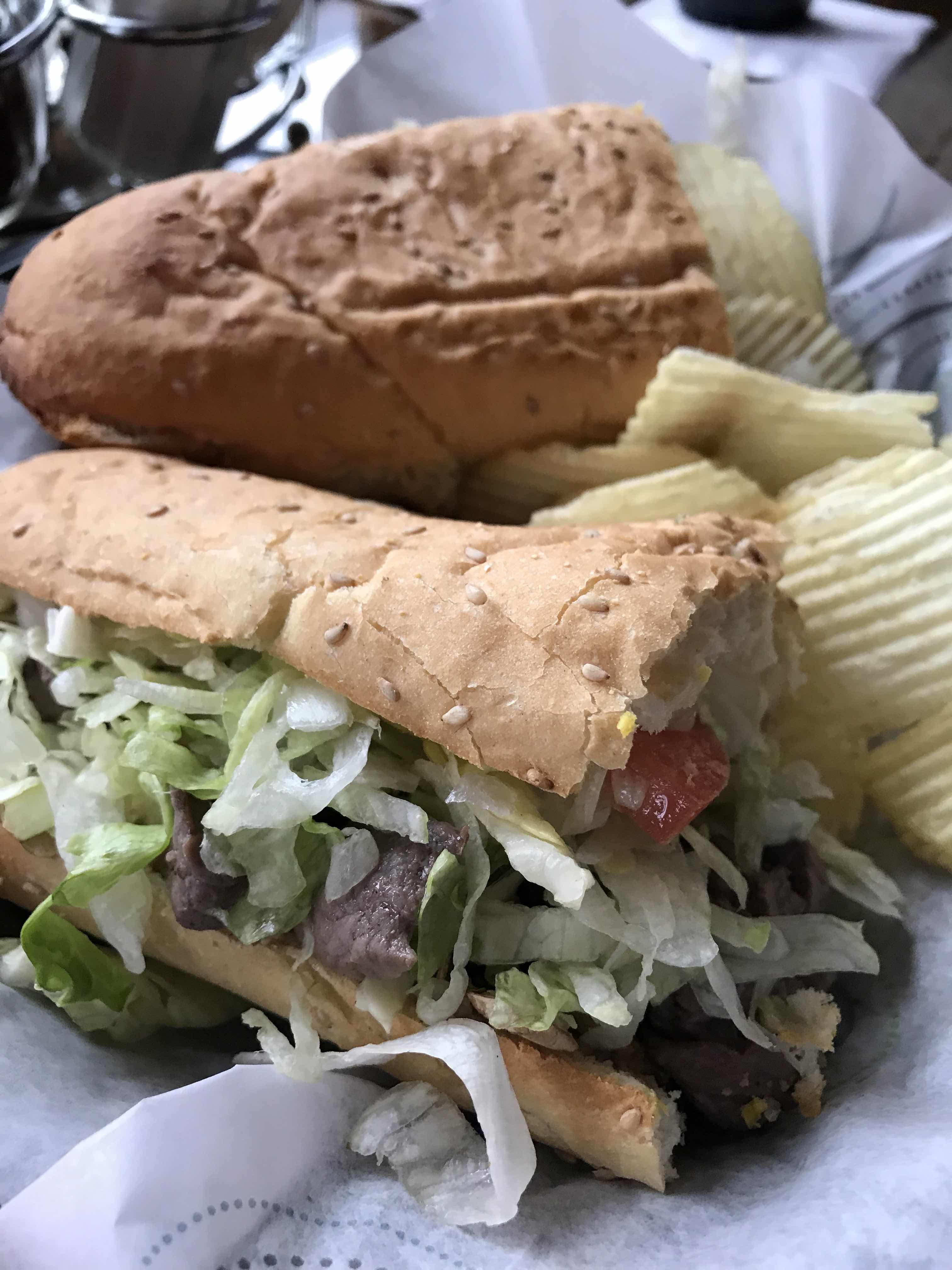 My other son and I split a taco pizza that was pretty tasty. The kids are all over any kind of root beer or sodas in bottles, so they enjoyed their Sioux City Sarsaparilla. 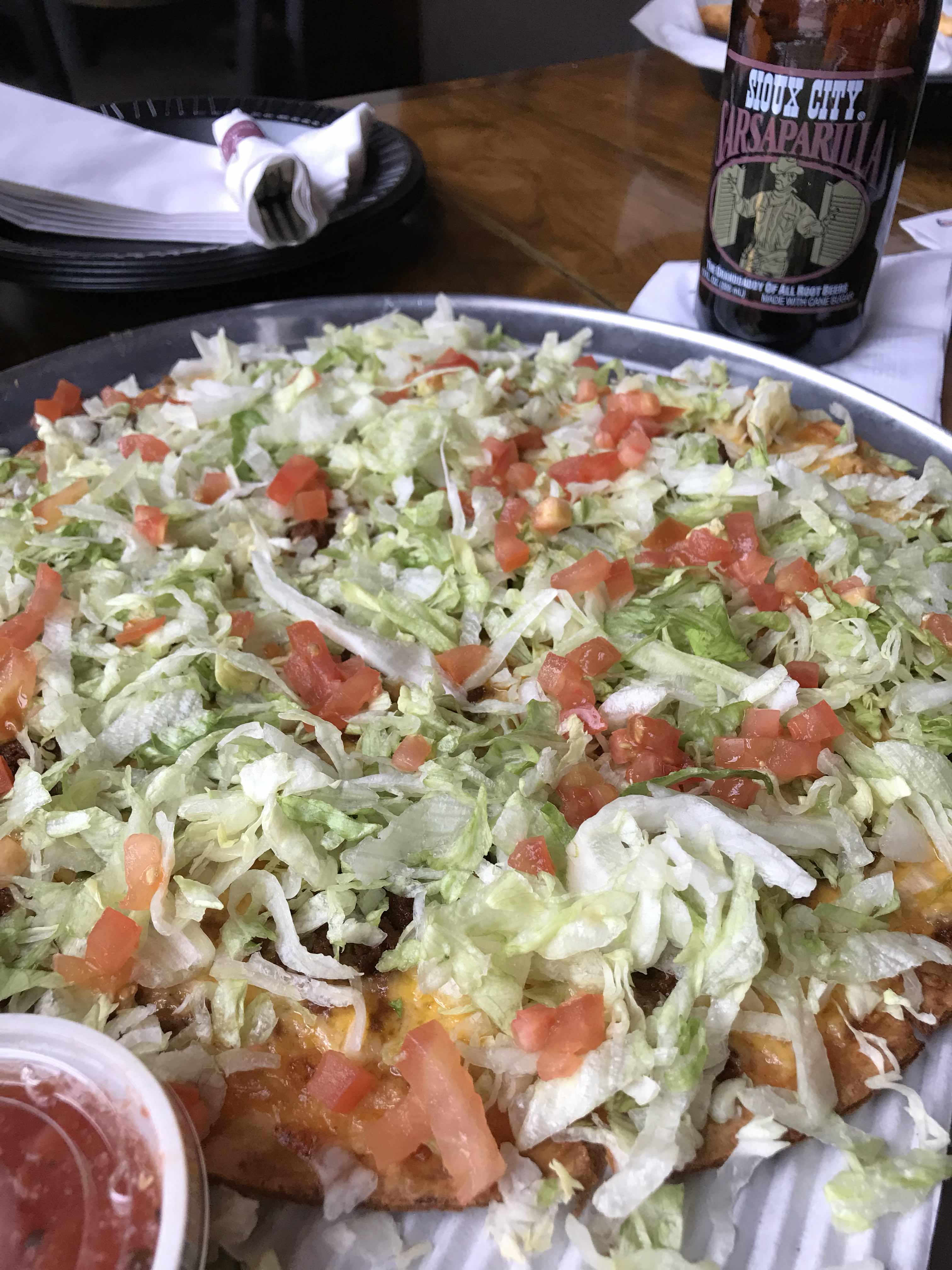 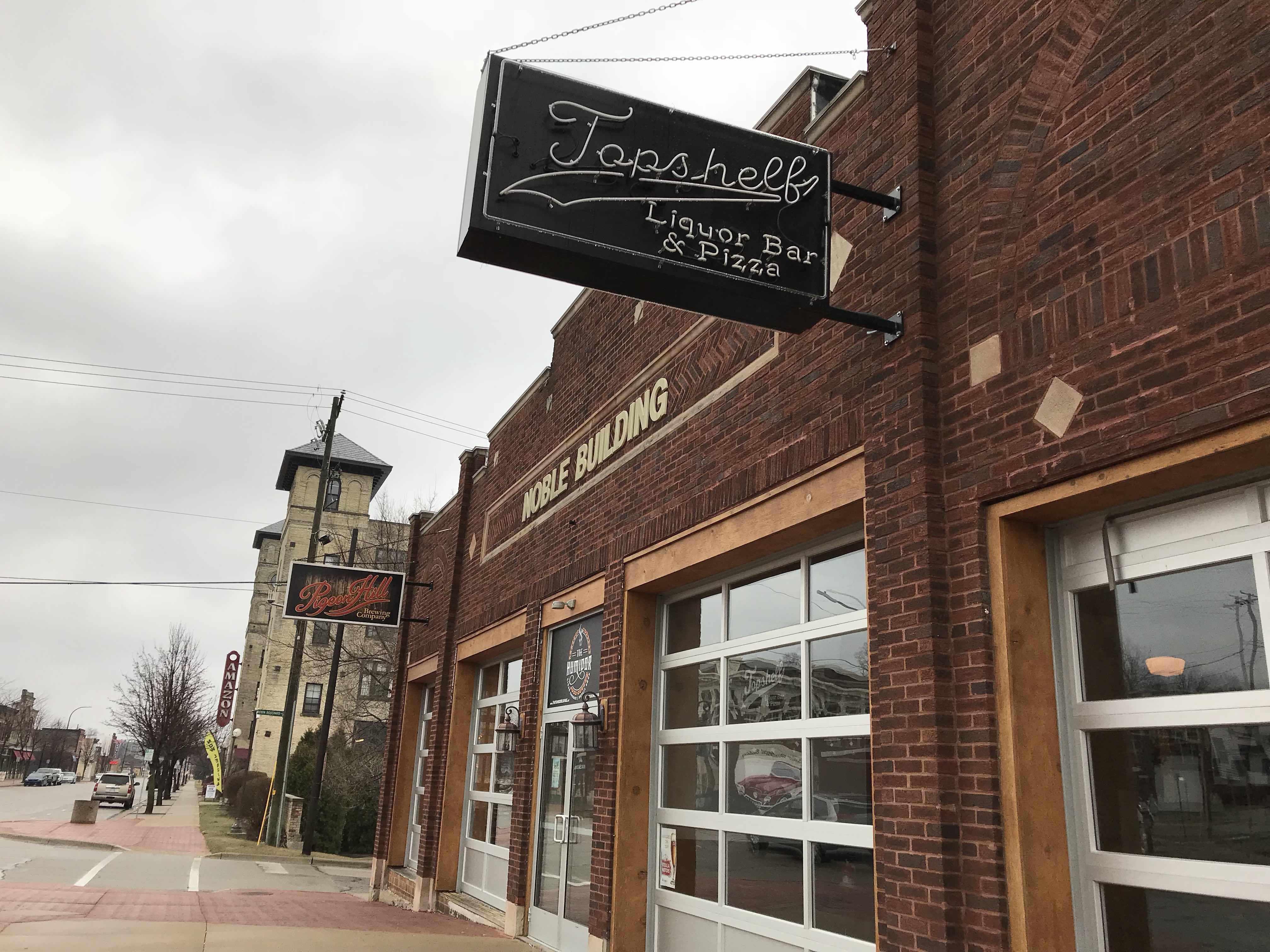 Across the hall at Pigeon Hill Brewery, hubby got a flight and I took a few sips of each. All six were winners, especially the O.C.P (Oatmeal Cream Pie) Brown Ale. 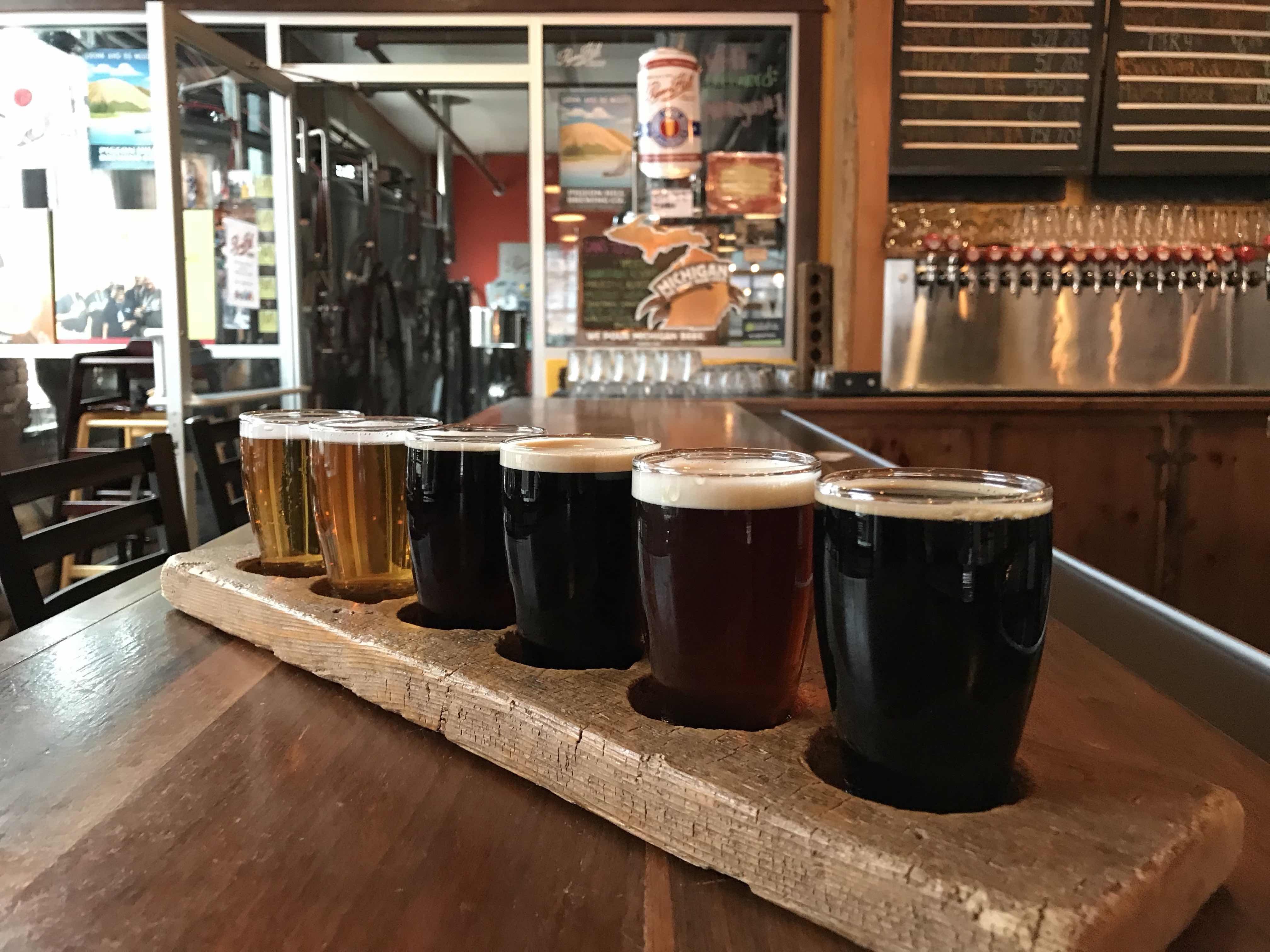 It was a nice little stop to break up the last leg of the trip. It started pouring down rain while we were inside, so we didn’t take time to wander around town the way we would have liked. However, we did spot a big a big ship as we were driving in to town and the kids wanted to check it out, especially my middle son who is very into World War II history.

We pulled up to find the USS LST-393, a lansing ship built for the U.S. Navy during World War II. It launched November 11, 1942.  It is one of only two LSTs to survive in original configuration and it’s now a museum ship. It unfortunately was not open for the season yet, but we hope to head up there to see it this summer. Also, nearby is the U.S.S. Silversides, a World War II submarine, which my oldest son and my husband did an overnight on several years ago while my son was in Cub Scouts.

We’d definitely hit Top Shelf Pizza & Pub and Pigeon Hill Brewery again on a visit to Muskegon and if you are ever in that area, you should give it a try, too.