All summer and early autumn I was trying to figure out a date to head out and visit my nephew, a student at Northern Illinois University. Finally, we figured out a day that we could get together. I drove out there on a recent Sunday with my 15-year-old to treat Ryan for his birthday which was two weeks ago and to get a tour of the campus. My son is a sophomore, so I figured it would be a great introduction for him to the NIU campus.

Ryan took us around for a little tour and I snapped a few pictures. The original buildings are beautiful and I enjoyed a walk around the older part of campus. 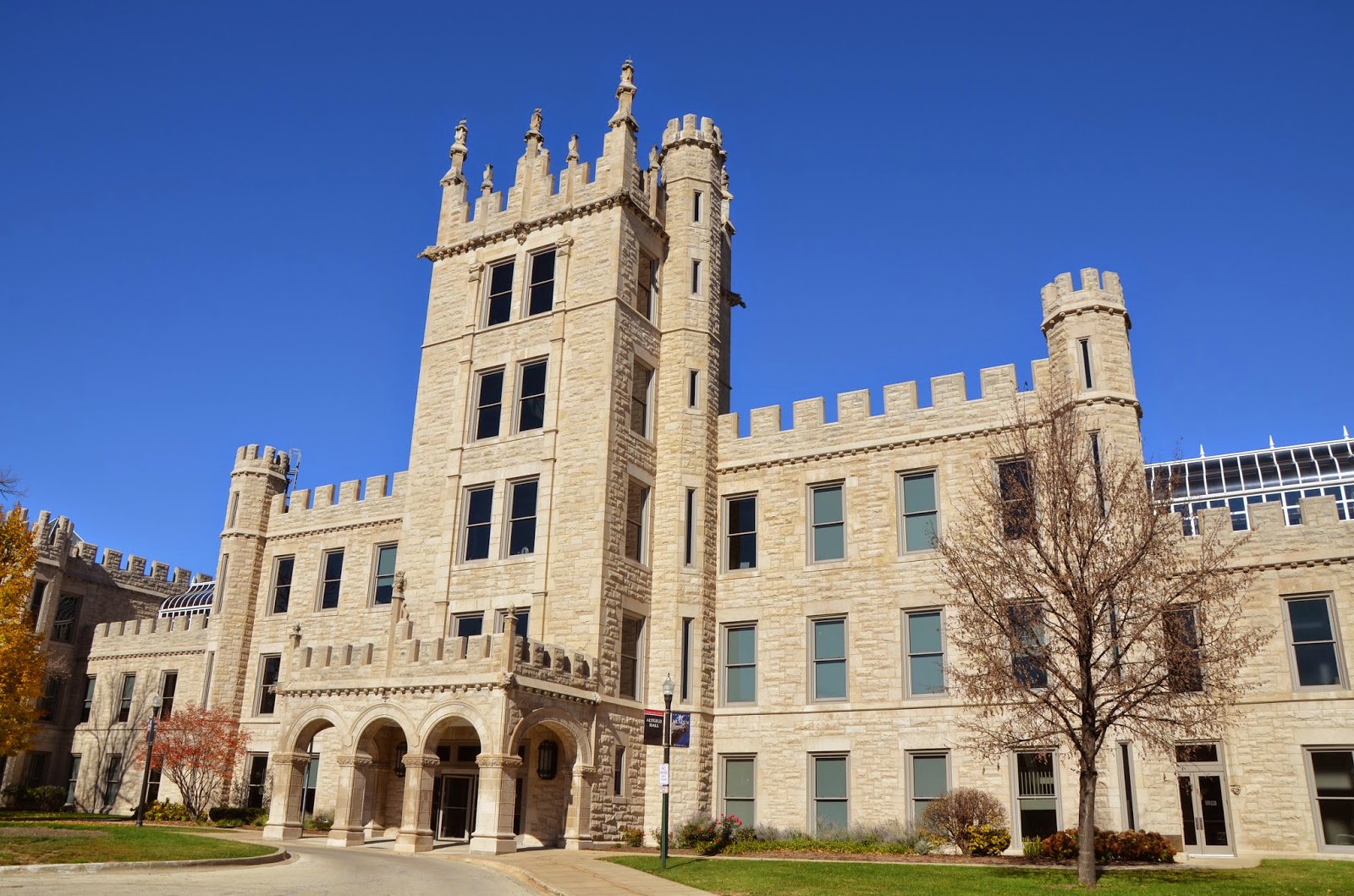 He also took showed us the memorial to five students killed in the tragic shooting on the campus in 2008. 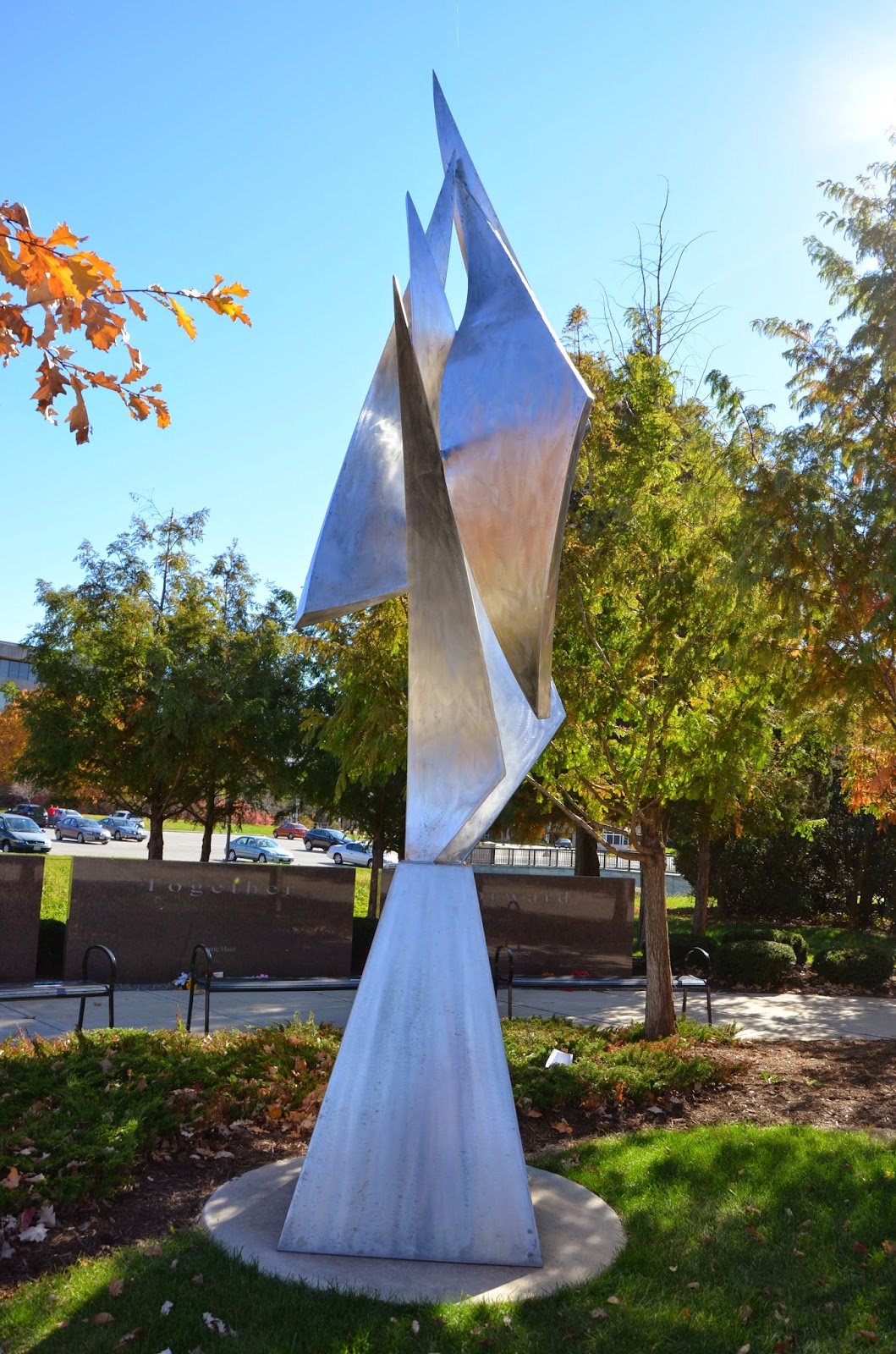 After our tour, we went to have lunch at Fatty's, a popular hangout nearby. Since it was a Sunday afternoon the place was full of patrons there to watch the Bears game (we won't go into game details except to say the Bears suffered a miserable loss) and there were big screens everywhere so no matter where you were seated you'd get a view. 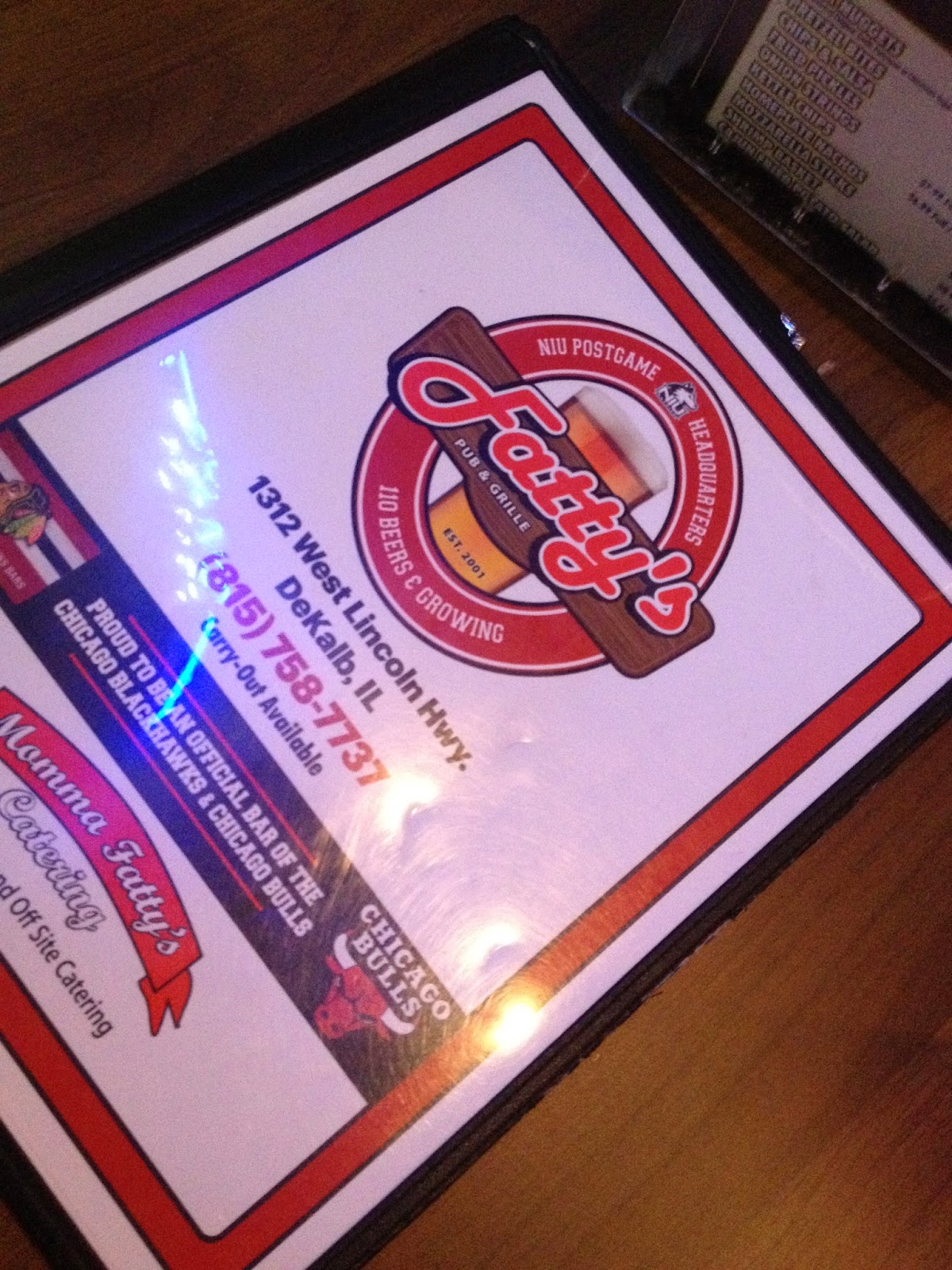 I loved the many sports-themed sandwiches and I ordered one named after my favorite former Cub, Ryan Sandburg. 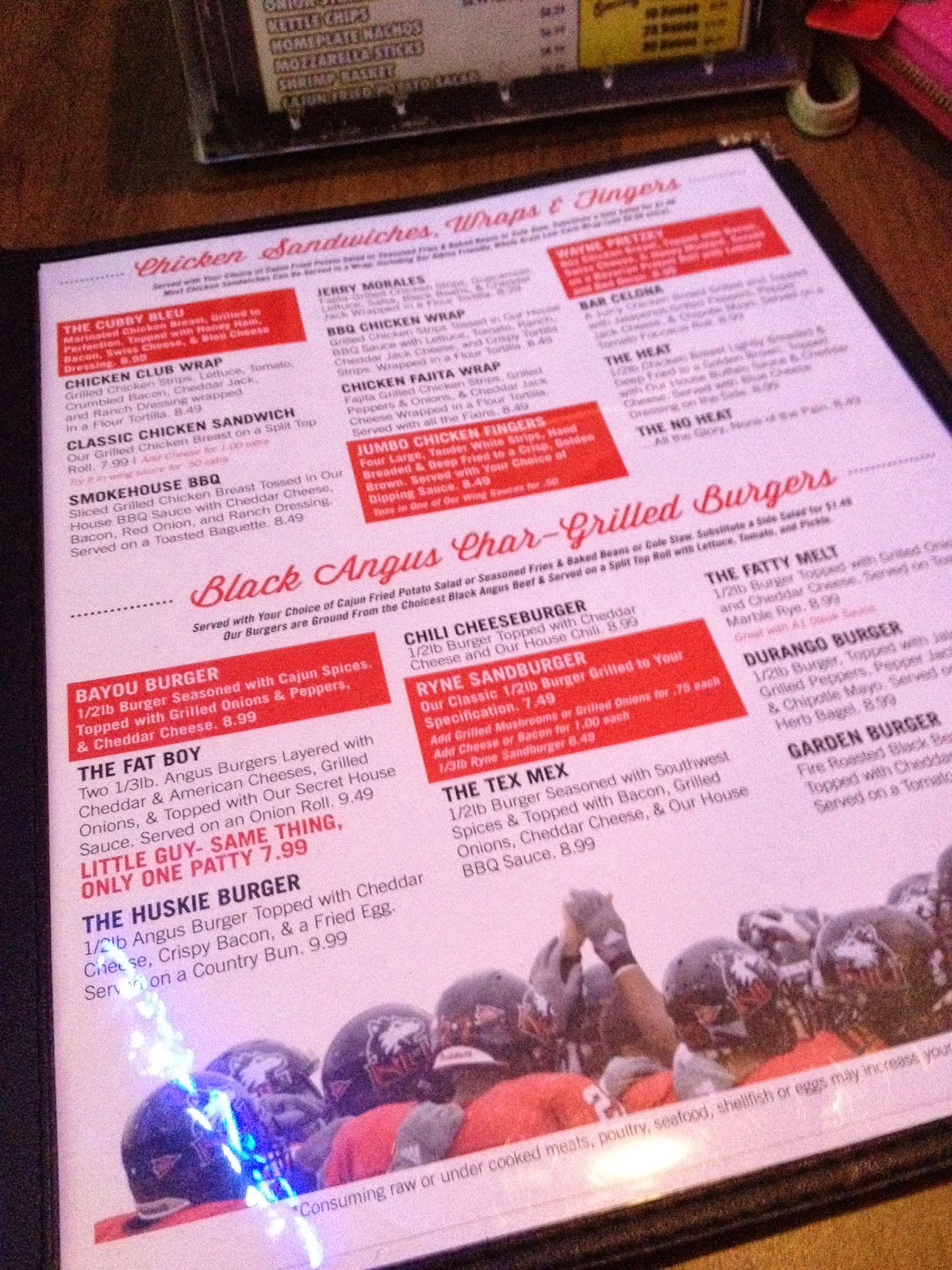 One plus to dining out in a college town is the cheap drinks. He mentioned a couple places nearby that they visit when it's $1 draft night. I ordered a Moscow Mule. Only $3.50. That's a total bargain. 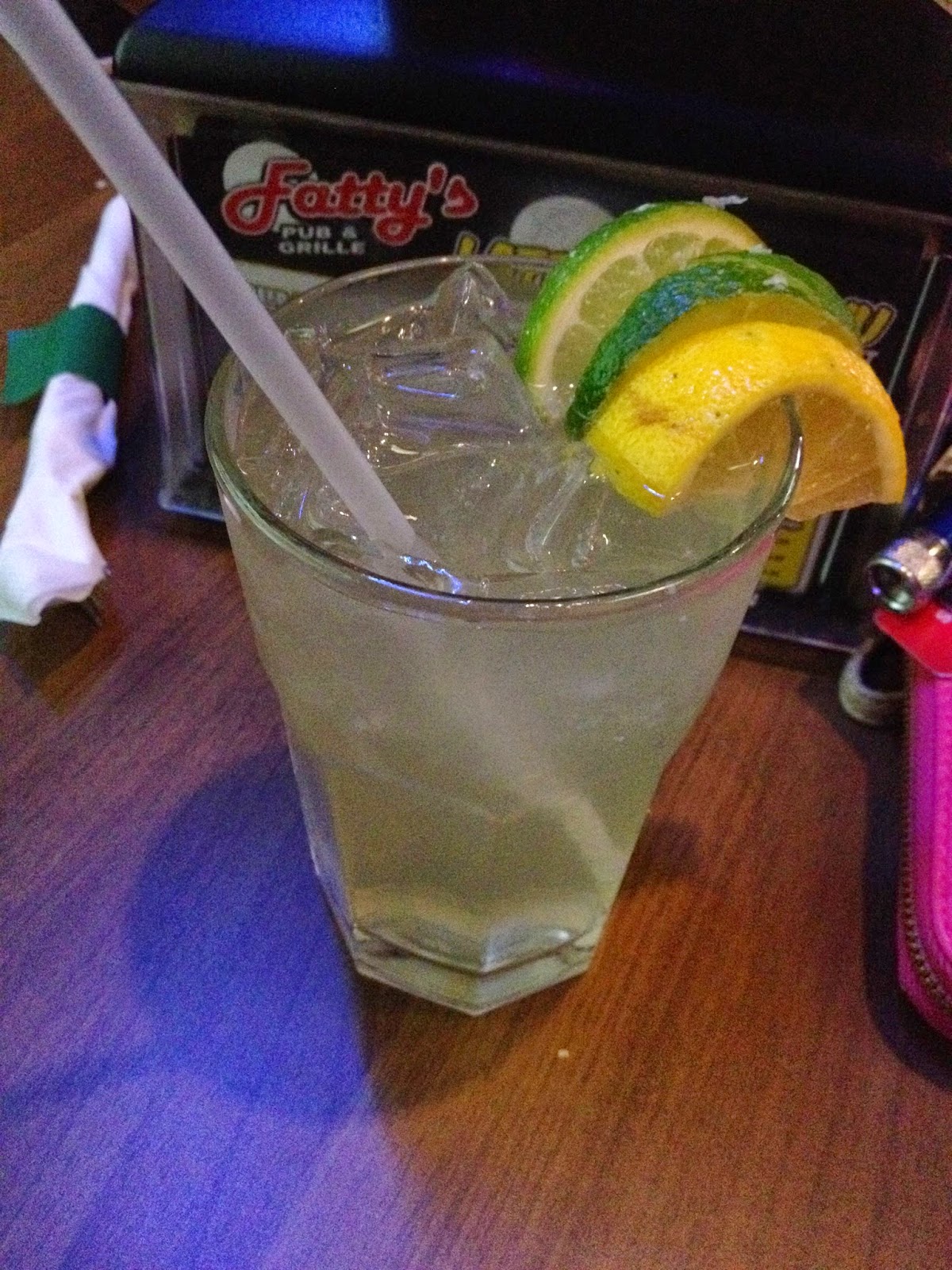 So, here's my adorable nephew, Ryan and I, at Fatty's. He just turned 22. Can't believe how time flies. Seems like yesterday I was chasing him around and playing with Hot Wheels with him. He's also my Godson. He's such a good kid. I'm really proud of him! 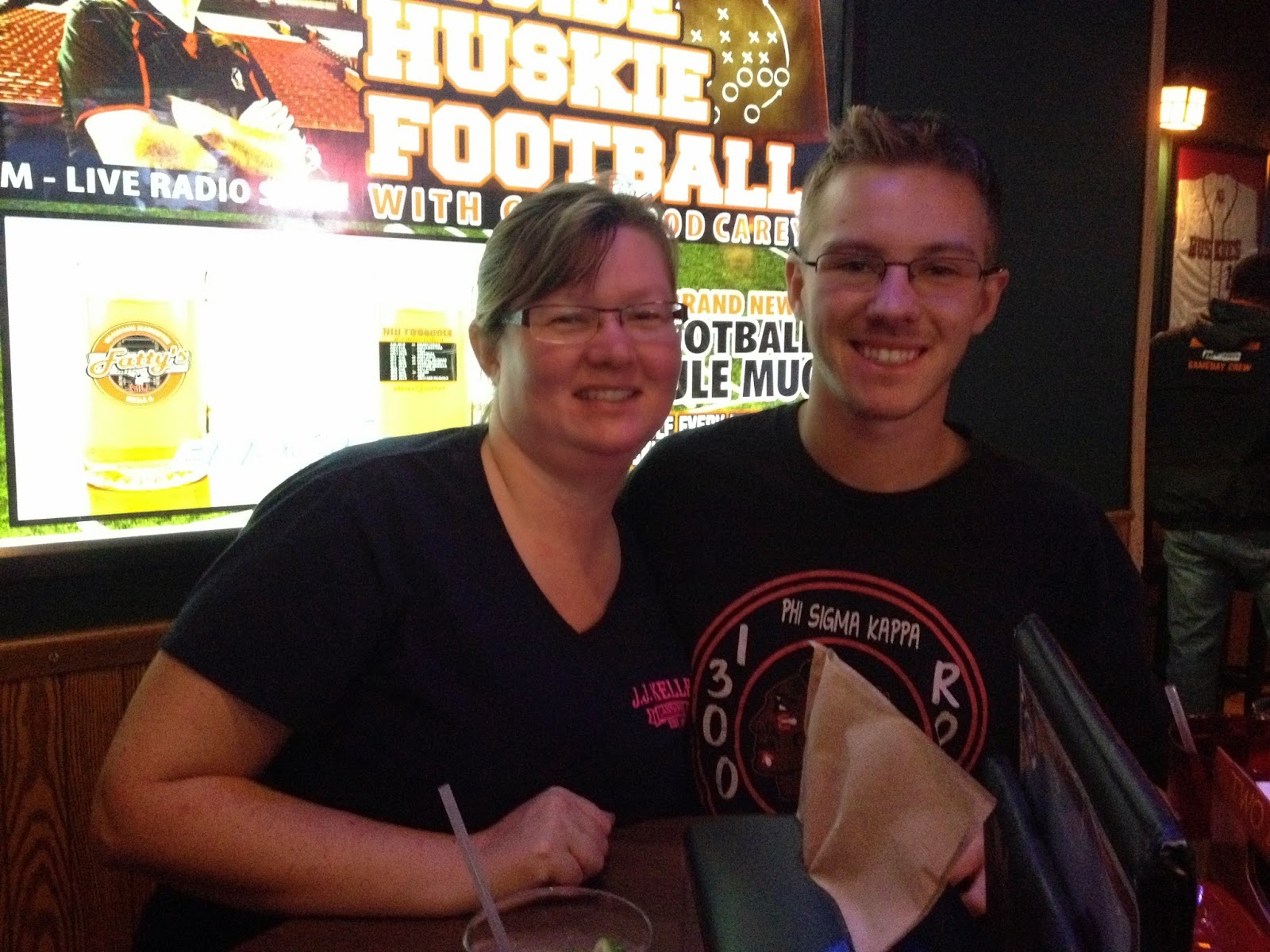 So, on to the food. Ryan got a chicken wrap and he told me that they are known for their cajun potato salad, which he got as his side. 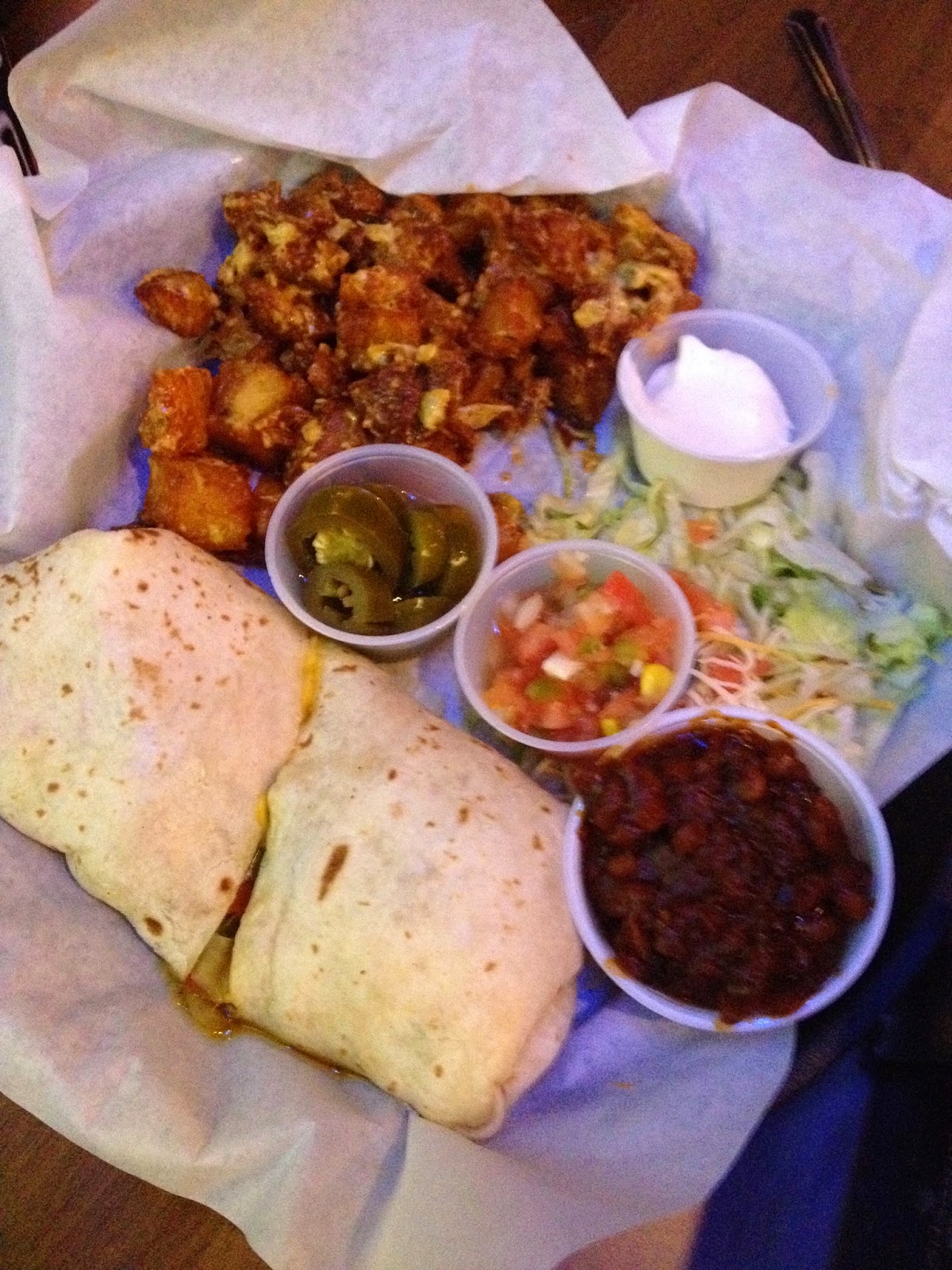 I got the Ryne Sandburger and asked for it on a pretzel roll along with some slaw and the cajun potato salad. It isn't served cold like typical potato salad. It's served warm - fried potatoes and if I remember correctly bacon and cheese (how can you go wrong there?) with a bit of a kick. 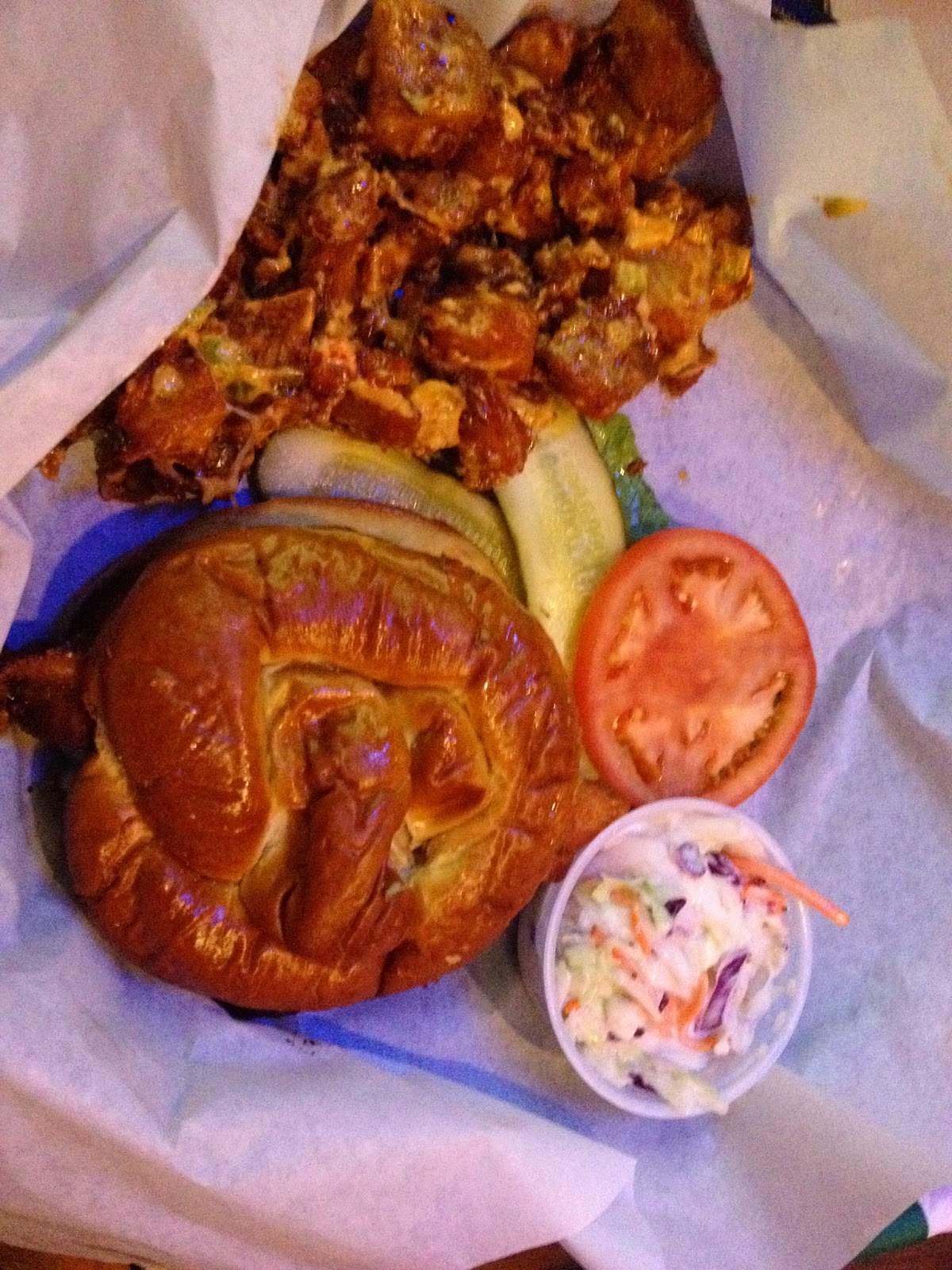 And my son's grilled cheese with bacon on Texas Toast with fries and baked beans. 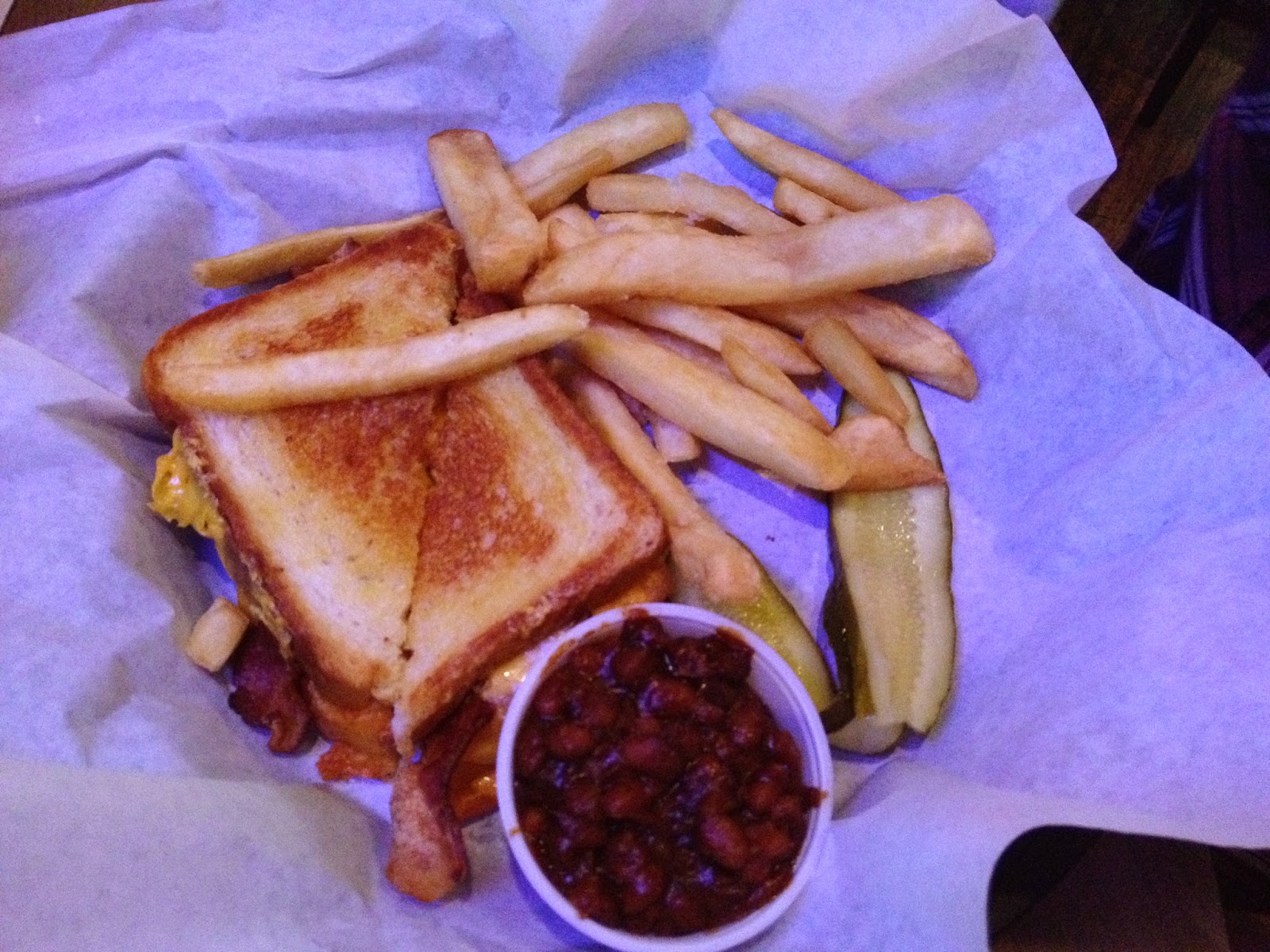