Ok, folks. There's a fun event tomorrow that I have really been looking forward to - the Munster Ale Fest at my favorite local park, Centennial Park. Online ticket sales are no longer available, but tickets can still be purchased at the door for general admission and designated driver admission.

This inaugural beer tasting event runs from 1 - 5 p.m. If you were lucky enough to snag a VIP ticket, you can enjoy an early hour of special tastings from Three Floyds Brewery at noon. Over 100 brews are available for sampling from over 30 Midwest breweries.

Craft beers from such popular spots as 18th Street Brewery in Gary, Greenbush Brewery in Sawyer, MI, Vice District Brewing in Chicago and Summit Brewing Company in St. Paul, MN are among the breweries participating. 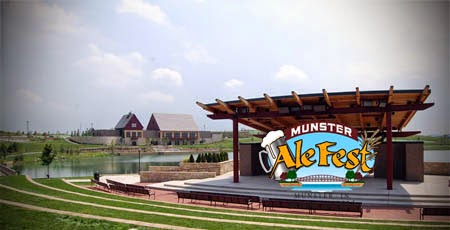 Be sure to download the Munster Ale Fest app with background on the brewers at the booths and a rating system to note your favorites. Go to munsteralefest.com for more information.