My husband and I and a couple of our friends attended the Munster Ale Fest at Centennial Park in Munster, IN this past weekend. As impressed as I was with the number of microbreweries and the selections offered and how well organized it was, I think the coolest thing I encountered at the event was the Beer Schwing.

After just 15 minutes at the event on a cold and rainy day, my hands were like ice (I, of course, didn't bring gloves) and I really didn't want to carry around a cold glass of beer. Then I spotted someone with a beer hanging on a lanyard around their neck. And then I spotted another. Then I scanned the crowd and in every direction were people walking with these big yellow beer necklaces. I stopped someone to ask where to get one and it happened to be Curt Foreman of BrewFest Partners, the consultant who worked with the town of Munster to organize the fest. He's also the inventor of the Beer Schwing. 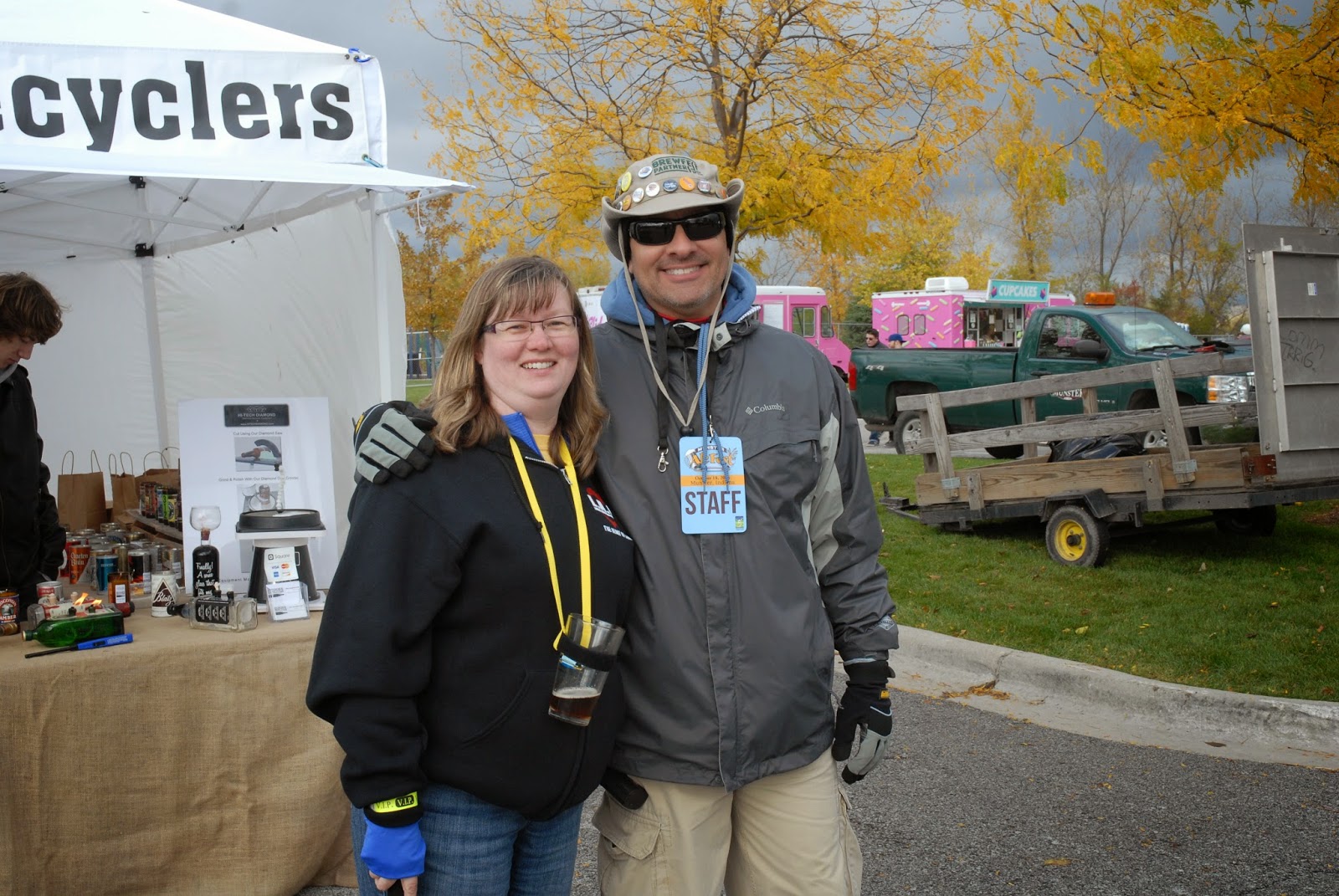 For an event like this, it was a must. There was some soggy picnic table seating, but you really spend most of your time walking and who wants to hold a cold glass in your hand on a day like this? And, of course, when you drink, you want to eat. This way you had for hands free to munch as you went from tent to tent. It's also adjustable for different sizes of beverage containers. By the late afternoon, I'd say at least half of the people I saw walking around the fest had a Beer Schwing around their neck. To get your own Beer Schwing, go to beerschwing.com. 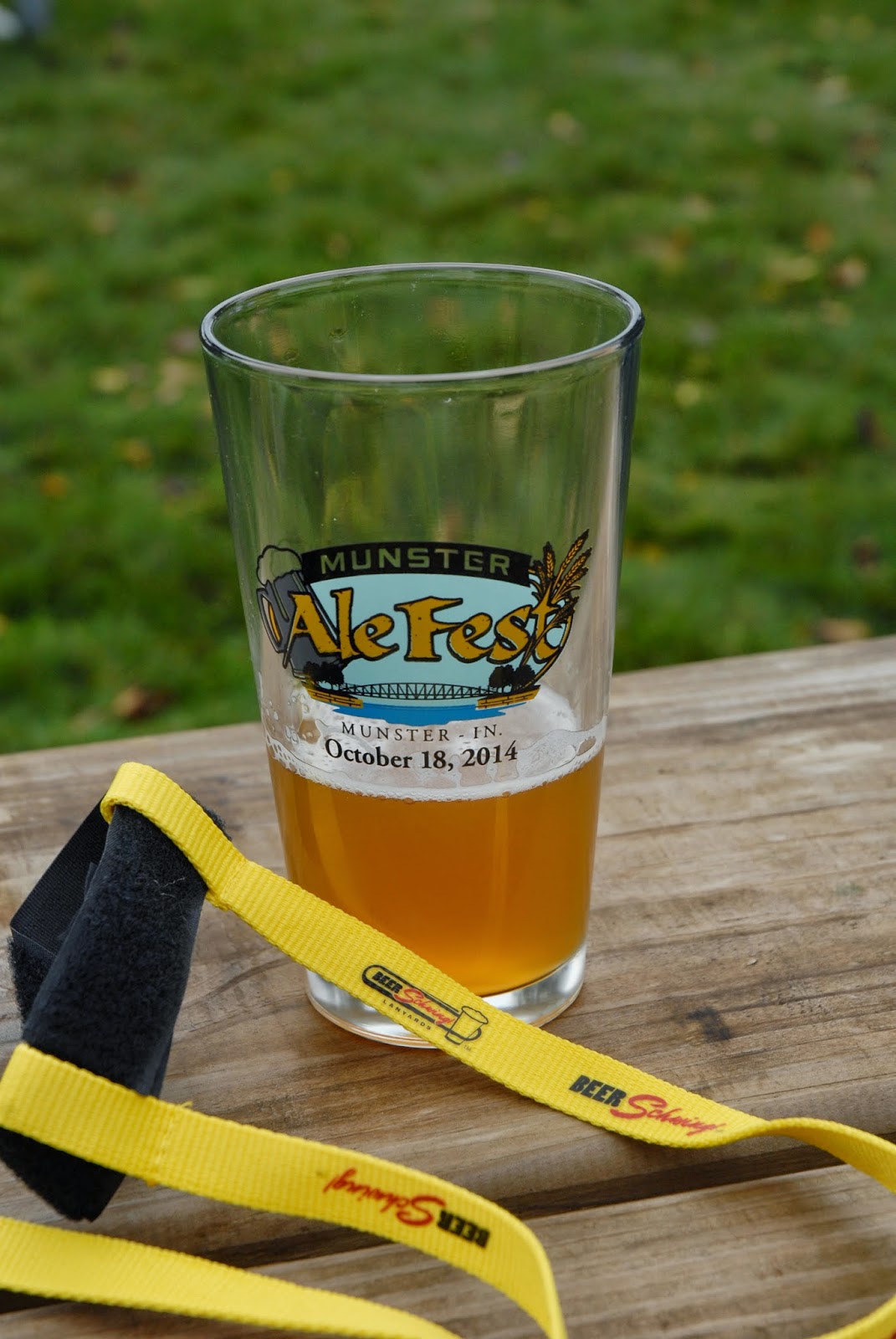