Last month one of my boys turned 21. I asked him if he wanted me to take him to a bar for a drink. He declined. But he did suggest taking him to a trip to a casino. I was happy to head out there with him now that he was old enough to gamble. I'm not much of a gambler. I could probably count on my two hands how many times I've been to casinos (and some of the visits were just to eat and no gambling was involved). I've never won enough to get me excited about returning.
I have found that you can always count on getting a good meal at a casino - whether it's a casual sandwich, an abundant buffet or a nice, upscale meal at their fine dining restaurant or steakhouse. On this trip, we made our way to a casino I hadn't been to before - the Four Winds in New Buffalo, Michigan and we were looking for something quick to eat. It was late in the evening when we arrived and we were hungry, plus we knew the eateries would be closing soon. We settled on Timbers Restaurant for burgers.
My son loves barbecue sauce and puts it on everything, so he honed in on the barbecue bacon burger. The Angus burger has a generous spread of barbecue sauce on the sandwich and then plenty of bacon (no skimping there!) and then a bunch of melted cheddar on top. I tried a bite and it was really good. So was mine - a mushroom and Swiss burger.
Neither of us got lucky as far as winning money, but I always consider myself lucky when I have an opportunity to hang out with my kids. Four of my five are now adults and they're all busy living their lives and hanging out with mom isn't the biggest priority. I cherish any chance I have to be with them. So, an evening with my boy and some good burgers were absolutely a win in my book. 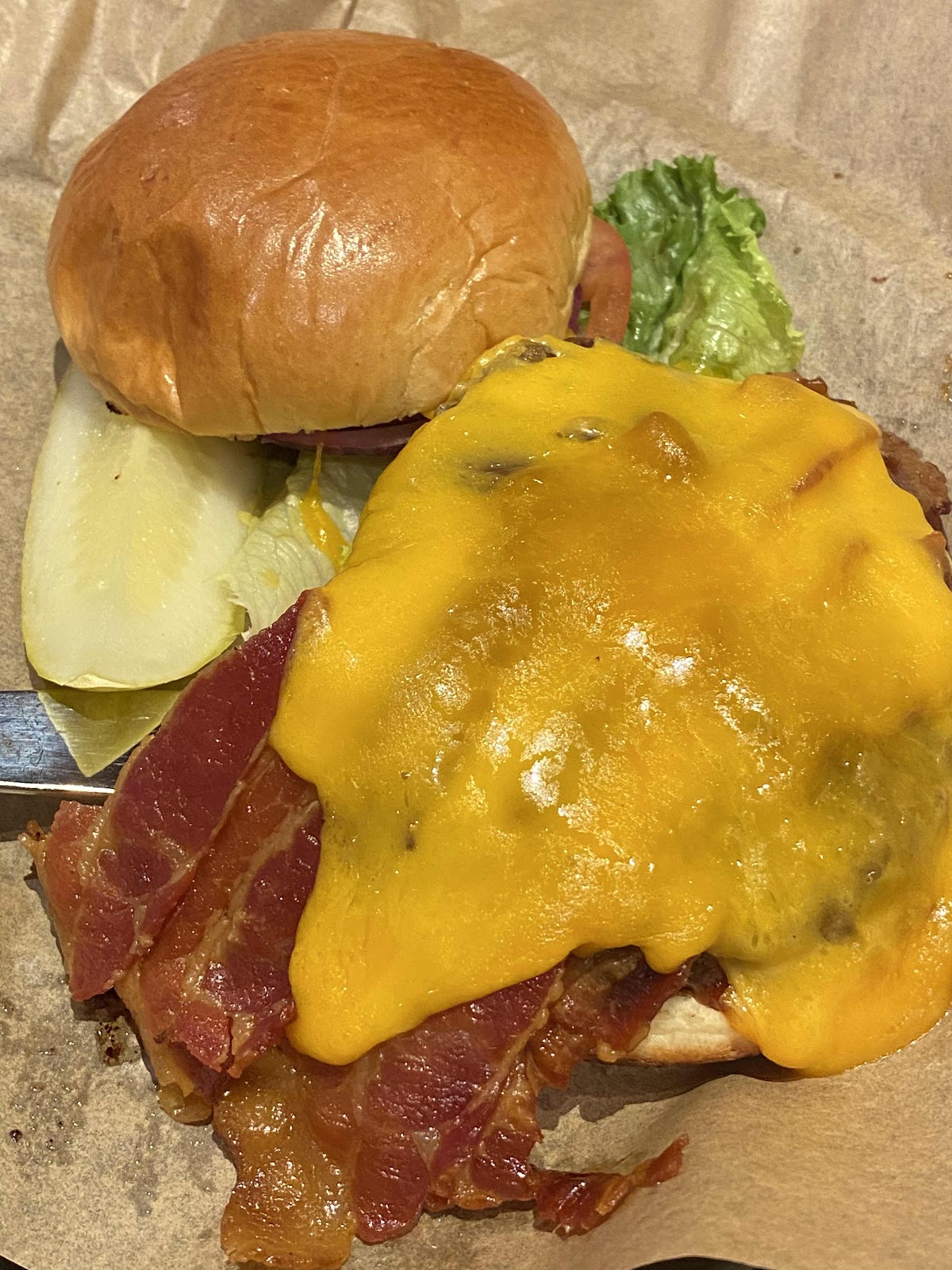 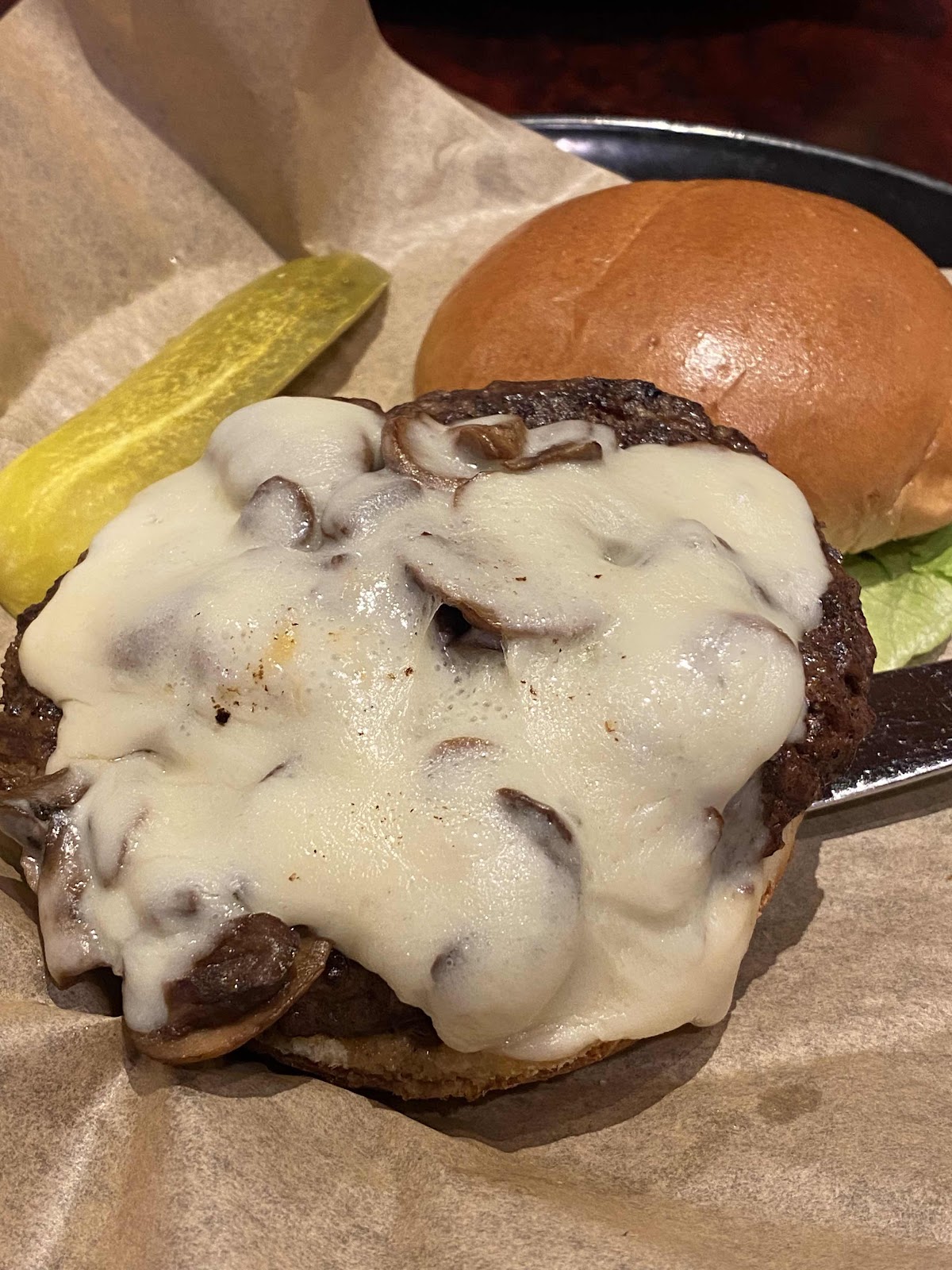 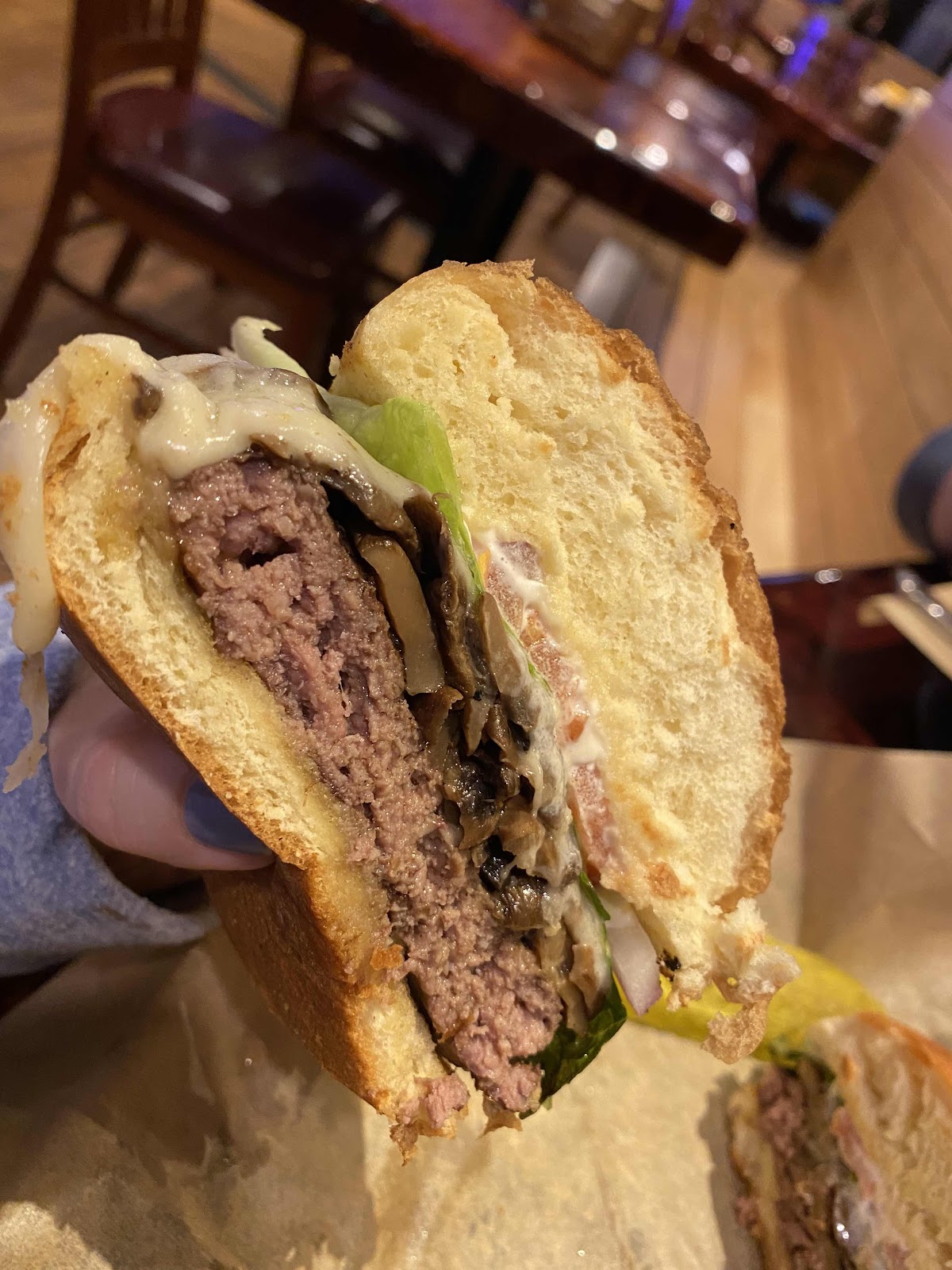