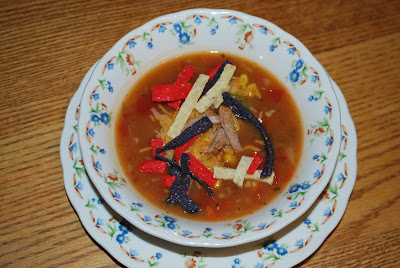 I love tortilla soup and usually I'll add chicken to it. But, when I made my most recent pot of tortilla soup, I happened to also be making pulled pork sandwiches with some Hoosier Daddy Barbecue Sauce samples I'd gotten. I figured barbecue pulled pork would be a nice addition to the soup and I was right.


I'll admit it - this soup isn't entirely from scratch, but it's good nonetheless. I started with a soup mix that I bought at Aldi and made it as directed. Then I added to it: 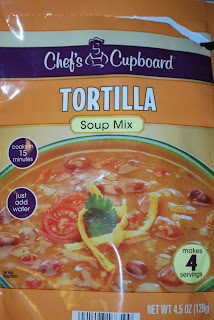 Once it had simmered a little longer so that everything was warmed throughout, I served it adding on top: 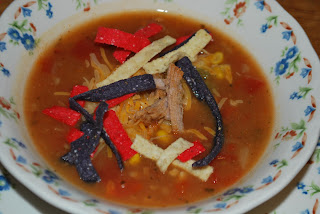 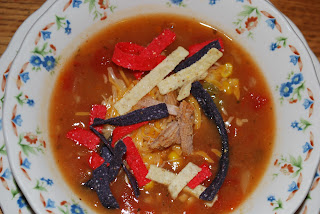 Oh, and the pork made some pretty awesome sandwiches, too! 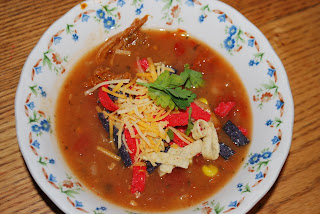 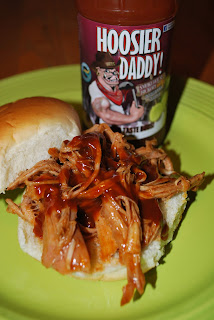