In many workplaces there are holiday gatherings. My husband's co-workers decided the past couple years that it was easier to get everyone together after the holidays, so this past weekend his shift got together for a belated holiday celebration.
My husband is a firefighter, so for the time he's away from home working he's there for 24 hours on shift with these guys side by side. Although the guys have a close working relationship, it's not too often that the wives get to see one another or that we get together as couples. For many years we'd get together for shift dinners every couple months, but that's kind of fallen to the wayside and we're down to the yearly union fundraiser and these once a year dinners. It's always nice to get out with my husband for a nice evening and it's always fun to see these guys interact together. They are quite a bunch.
Anyway, on to the food. We've gone to a variety of places over the years for shift dinners. In fact, many years ago we went to this same restaurant - Gino's Steakhouse in Dyer - for one of our shift dinners...so I remembered how good it was. I'd also been there once before that previous shift dinner and I'd been to Gino's many, many times back when it was located in Harvey. I went to high school in Harvey and worked for the school district for 12 years following graduation, so we had lots of retirement parties and work functions there. I've never had a bad experience there at either location and everything has always been superb.
As we got there, I eyed a drink one of the other girls was having and ordered one. It was simple, but delicious - Malibu with pineapple and cranberry juices.﻿ 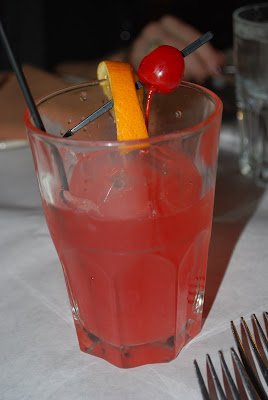 Next it was onto the appetizers. There were already dishes of Gino's Signature Bell Pepper Appetizer on the table along with bread. Gave one a try and it was very tasty...kind of pickled flavor with a bit of sweetness. 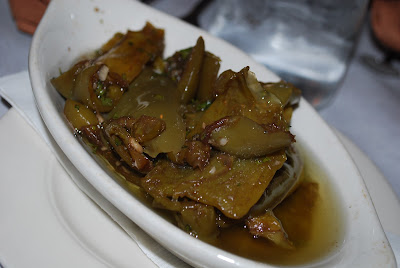 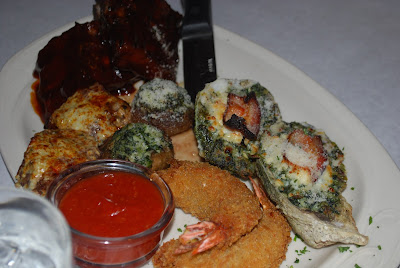 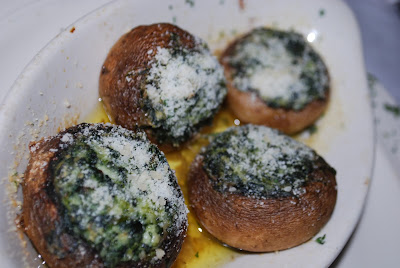 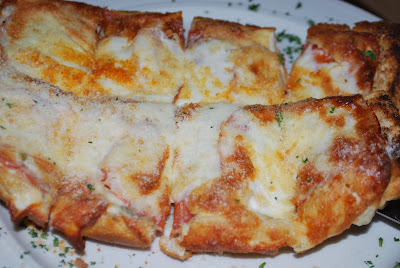 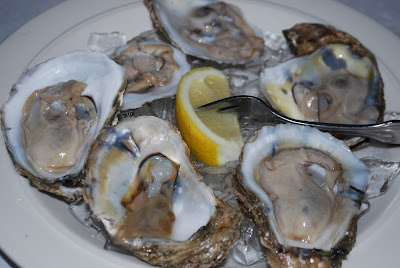 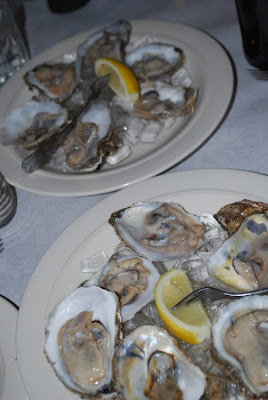 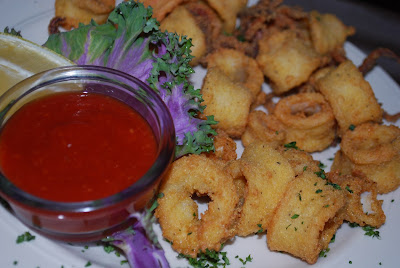 Frog legs. I've forever heard people rave about the legendary Phil Schmidt's, which I unfortunately never made it to before they closed their doors in 2007. Anyway, I remember trying frog legs years and years ago, but really didn't even remember what they tasted like. So, I was happy someone at the table got a platter and I was able to give one a try. Like the comparison that is always made, they do have a texture and taste similar to chicken, especially with the crisp crust.﻿ 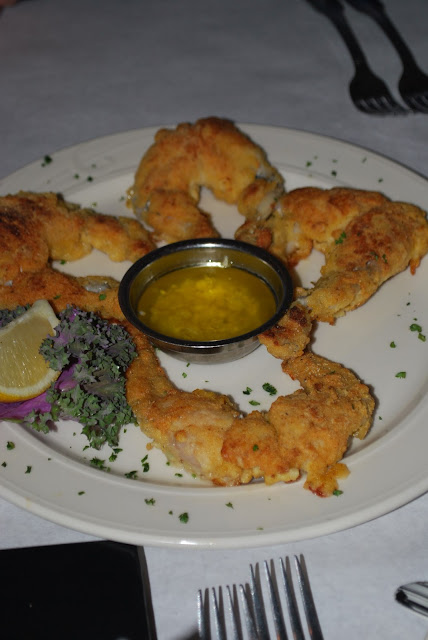 Hubs is fond of oysters Rockefeller. Me, not so much. Lovely presentation, I must say, though. 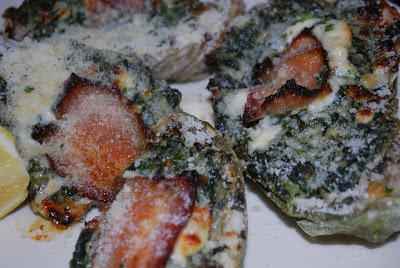 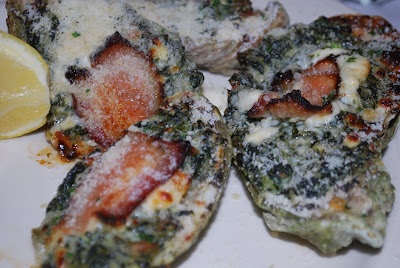 Another food hubby likes, but not my cup of tea is lobster bisque. I like it, but too rich for me to eat a full bowl. I can only handle a couple of bites. 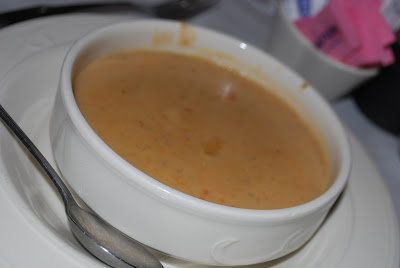 Any chance I have to eat a salad with fresh garlic dressing, I take it!﻿ 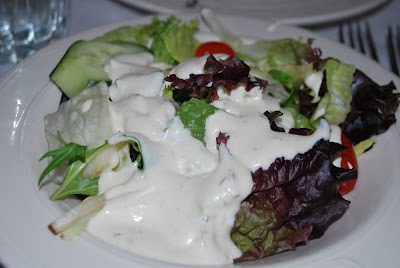 There were so many scrumptious options on the menu, but how can you go to a steakhouse and not order a steak? This is the New York Strip. 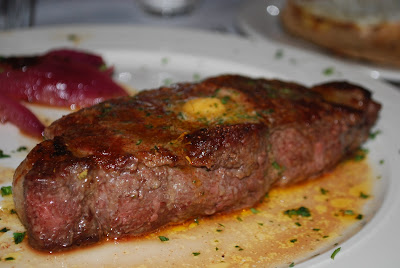 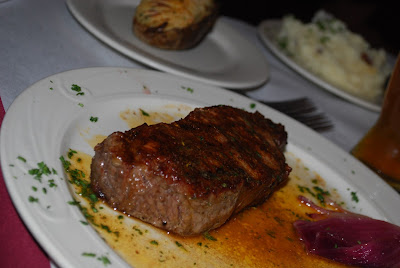 I ordered the filet. Perfection!!!!﻿ 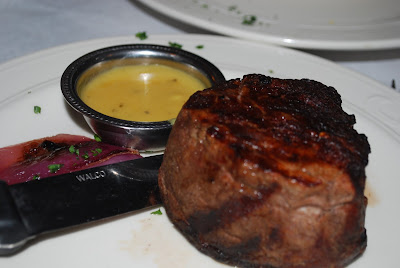 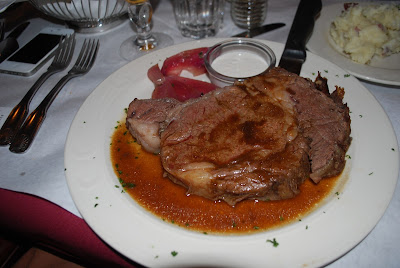 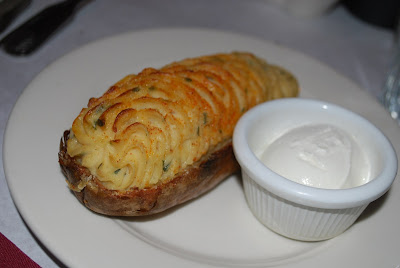 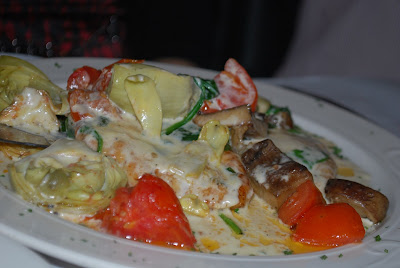 And lets stray from the food for a moment so I can tell you about the crew. They may be a bunch of goofballs when they get together on a night like this, but I could not be more proud of them for what they do every day on the job. Between fire calls and medical calls (these guys are also paramedics), they deal with a ton of stuff that the average guy could not handle or would not want to. They go through extensive training and have to be ready to handle a myriad of situations. They're absolute professionals when they're in the field and they see a lot of things that no one should ever have to see and that stay with them throughout their careers. I admire them all for their dedication and the risks they are willing to take for people they do not even know. I'm very proud to be married to a firefighter and I'm very proud of all of these guys that are part of that brotherhood.
My husband was a volunteer firefighter and then part-time firefighter for a few years before he decided he wanted to do it as a career. He didn't start full-time until he was 34 and he now has a decade in. That makes him the old guy. Several of the other guys on the shift are a bit younger - I refer to them as the younger brothers I never had. They are a fun bunch. I love them to pieces. 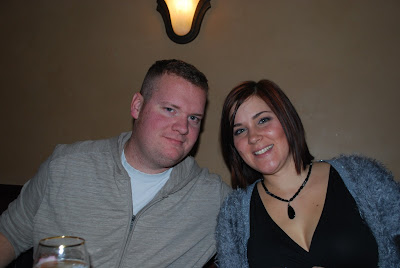 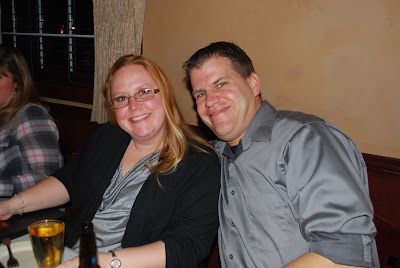 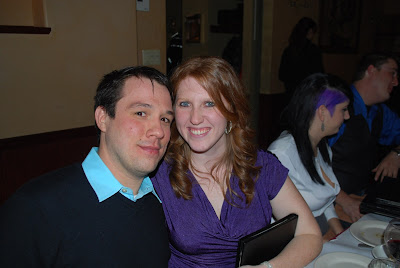 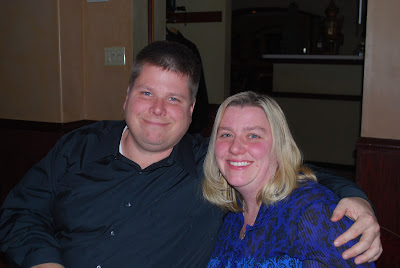 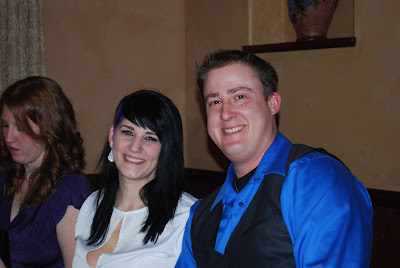 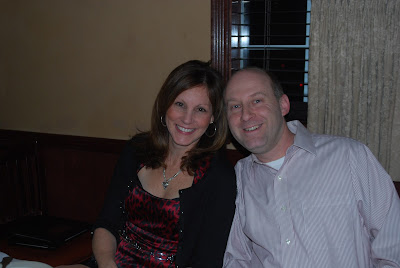 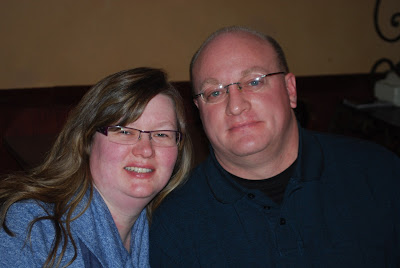 The desserts got attacked before I got to photograph all of them. :) 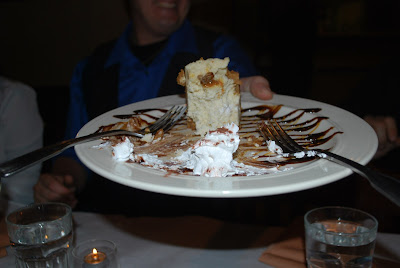 But here's a glimpse of some cheesecake -- I think this was the turtle cheesecake. 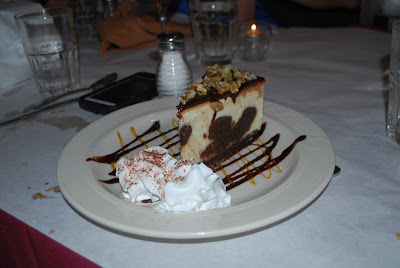 And I couldn't resist tiramisu. 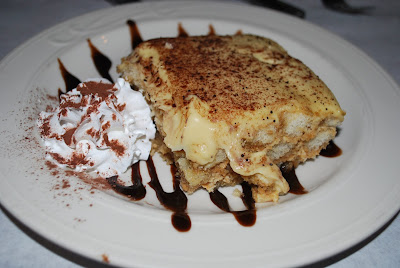