Giordano's to NY: Fold This!

So, there's this longstanding foodie rivalry between New York and Chicago. It was fueled recently by Jon Stewart's on-air rant about his perceived deficiencies in our beloved deep dish version of pizza.

So, this week as the Yankees were in town to play the Cubs, that baseball rivalry spilled over to the foodie realm. Get a load of these shirts that Chicago Cubs/Giordano's Pizza fans donned for the series. It reads "HEY, NY, FOLD this" and bears the logos of the famed pizza joint and the Cubs. Giordano's is an official pizza of the Cubs organization and is served at Wrigley Field.

My love affair with Giordano's started probably 25 years ago when there was a location in Hazel Crest and we'd order out often at lunchtime at my workplace. And as much as I do love the stuffed pizza, I'm just as big of a fan of the thin crust. It's gooey and crisp and amazing. Maybe you can't fold it like a flimsy slice of New Yorker pizza, but that's just fine with me. I like my pizza crispy, not floppy. P.S. You can order Giordano's pizza online here and have it shipped.

Yours truly was at the game on Tuesday with my oldest son, sister and brother-in-law. It was my son's 20th birthday and he wanted to be at the game to get one last chance to see Derek Jeter play before retiring, as did tens of thousands of other fans in the stands for that night game that never paused during intense rainstorms. I happen to be sitting in my sister's season ticket seats that night, slice of Giordano's sausage pizza in hand watching the Cubs win (for a change!) and enjoying every bite. Now I just have to get my hands on one of those shirts! 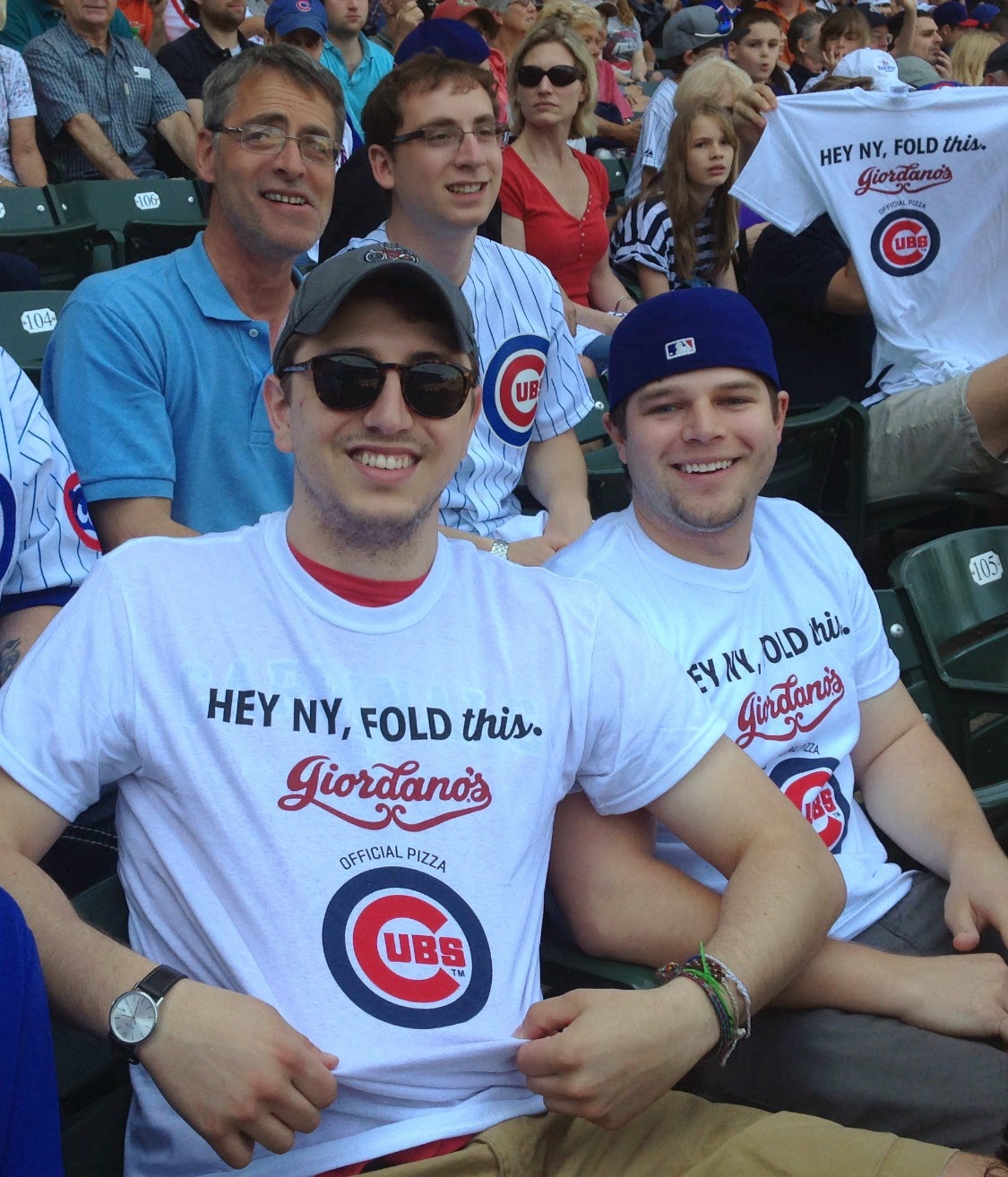