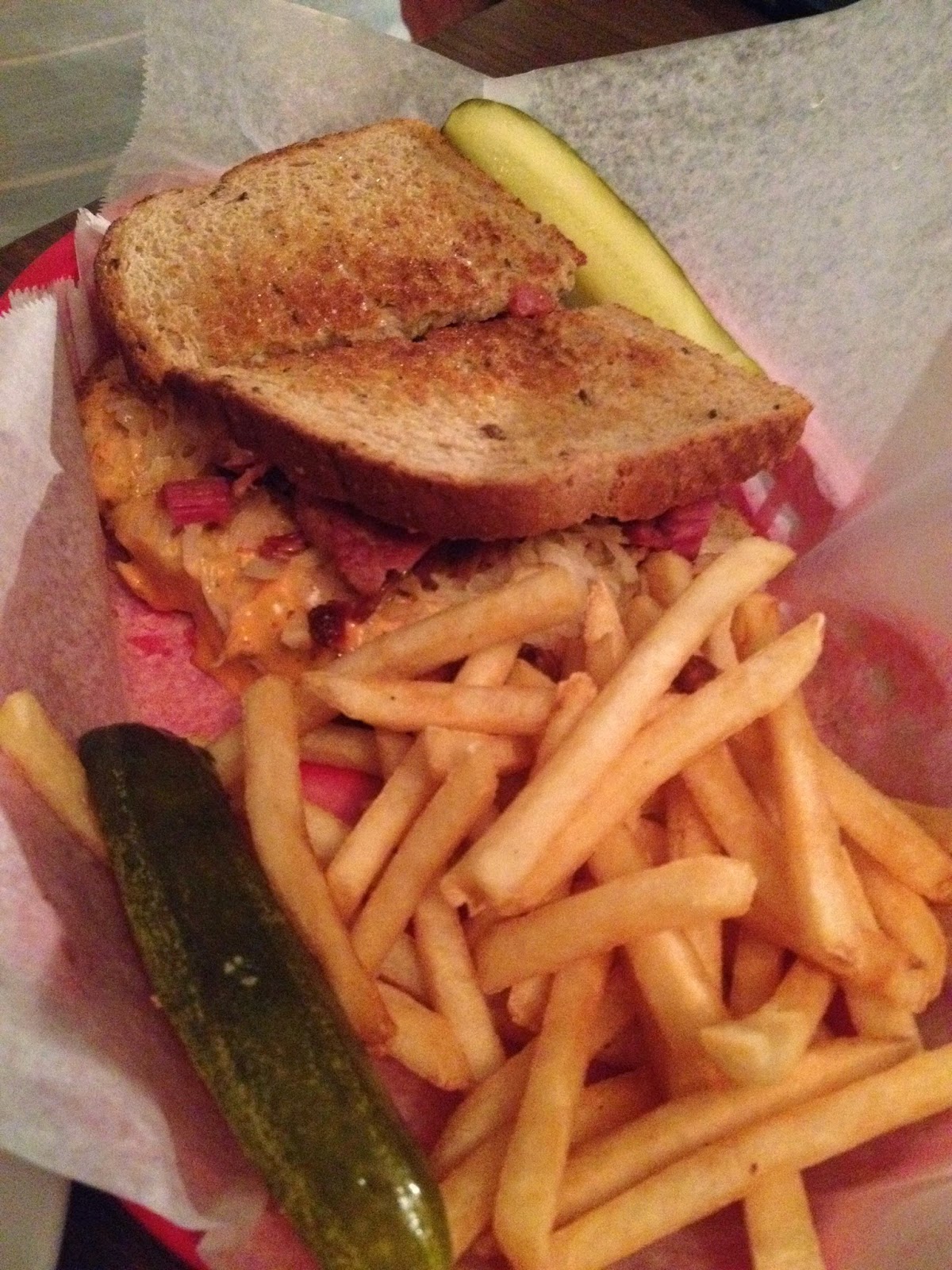 Our favorite place to go spend a day is a little town in Southwest Michigan called Three Oaks. It's a small town with lots of farms that isn't far from Lake Michigan, but it has this downtown with a cool, trendy vibe. The two-block downtown has several shops and cafes along with a live theatre, a brewery, a distillery and a movie theatre that specializes in independent and foreign films. Throw in a library in a historic building, a little park with a cannon in it and a place to rent bicycles and the place just oozes with charm.

Often times on our visits we find ourselves at Nelson's Saloon. It's nothing fancy. Just a little hole-in-the-wall bar where the locals come in and the waitresses know them by name and know what they're going to order. Kinda like "Cheers" but with overalls and John Deere hats.

We keep coming back because of the food - namely the Reubens. I've yet to find one that matches it. I love that they don't use lunchmeat. The sandwich is made with real chunks of corned beef, slathered with sauce, heaped with sauerkraut and perfectly grilled on two lovely slices of rye bread. It's the kind of sandwich foodie dreams are made of -- and of all places, it's in this little unassuming saloon on the main street of this Mayberry-ish town.

If you are ever traveling through Michigan on I-94, do yourself a favor and drive a couple miles down the road to enjoy a Reuben. Tell them the Chicago Foodie Sisters sent you. :)

Our most recent visit was when we were there for the Flag Day Parade. It's billed as the World's Largest Flag Day Parade and it's loads of fun. We've been going each year for probably 7 or 8 years now.

While we waited for our dinner, we munched on some fried mushrooms. Yummo! (By the way, I just noticed that in this picture it almost looks like a fly on one of the mushrooms. I assure you it's not -- just the topping of a decorative toothpick.) 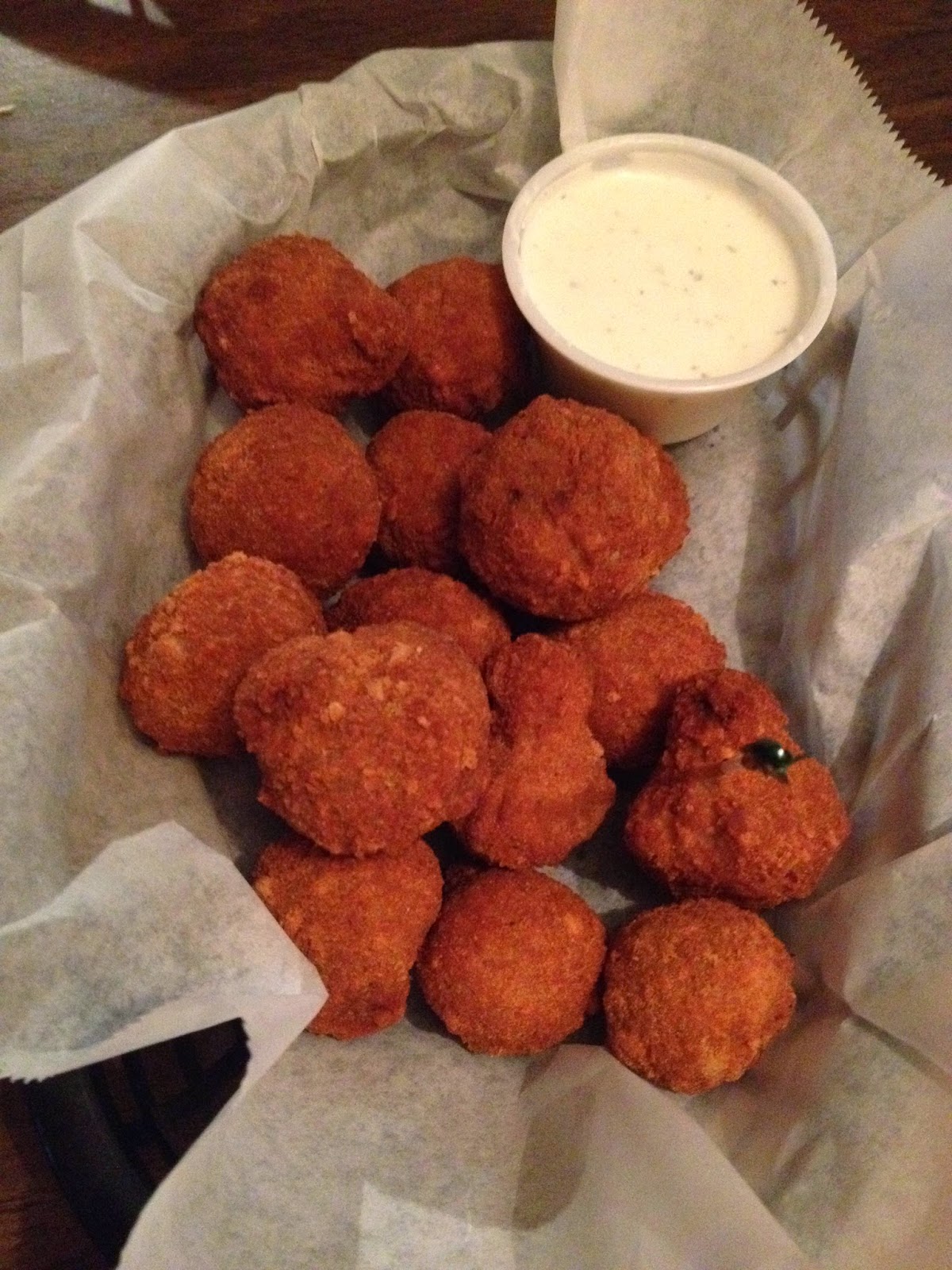 And, if you're wondering if there's anything for a kid to eat in a saloon, the answer is yes. They do have a kid menu. My youngest ordered the mini burgers with fries. The bigger boys got chicken tenders and a burgers. My 10-year-old ordered the Reuben and ate every last bit -- chip off the old block! :) 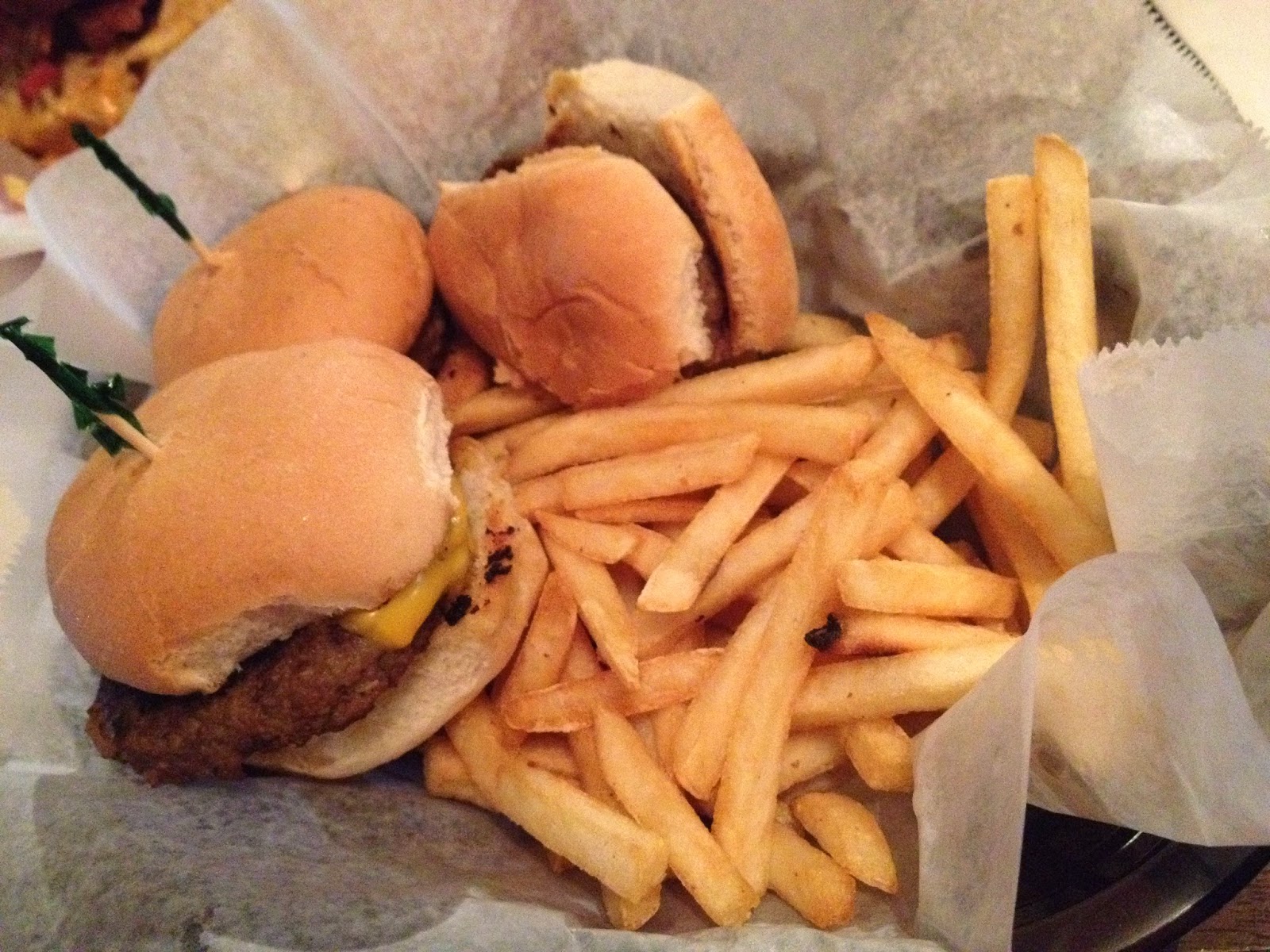