LongHorn Steakhouse kicked off their new Prime Time menu earlier this month, a collection of cocktails and bites in the $3 to $5 range served Monday through Friday at most locations. I was invited recently to stop in with a couple friends to try out some of their new menu items. We met at the Merrillville location, which I had been to previously for a lunch meeting. One friend had never been there before and commented that she liked the decor, which matched the theme without being too over-the-top and noticed that it's a little more upscale than some of the other steakhouse chains in the area. We settled in for our tasting with some drinks from the new menu, which all got good reviews.

Here's what we tried out from the cocktail menu: 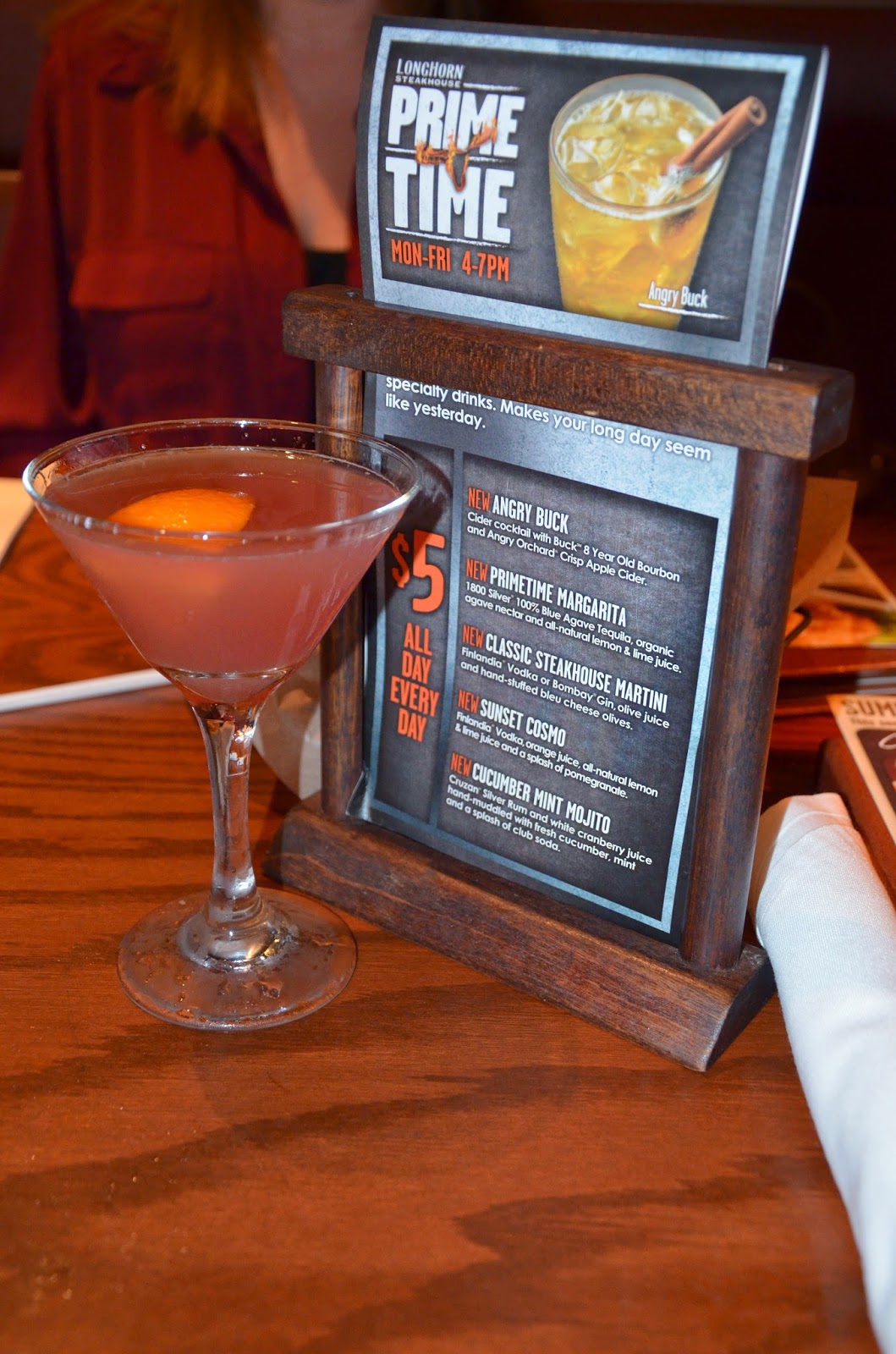 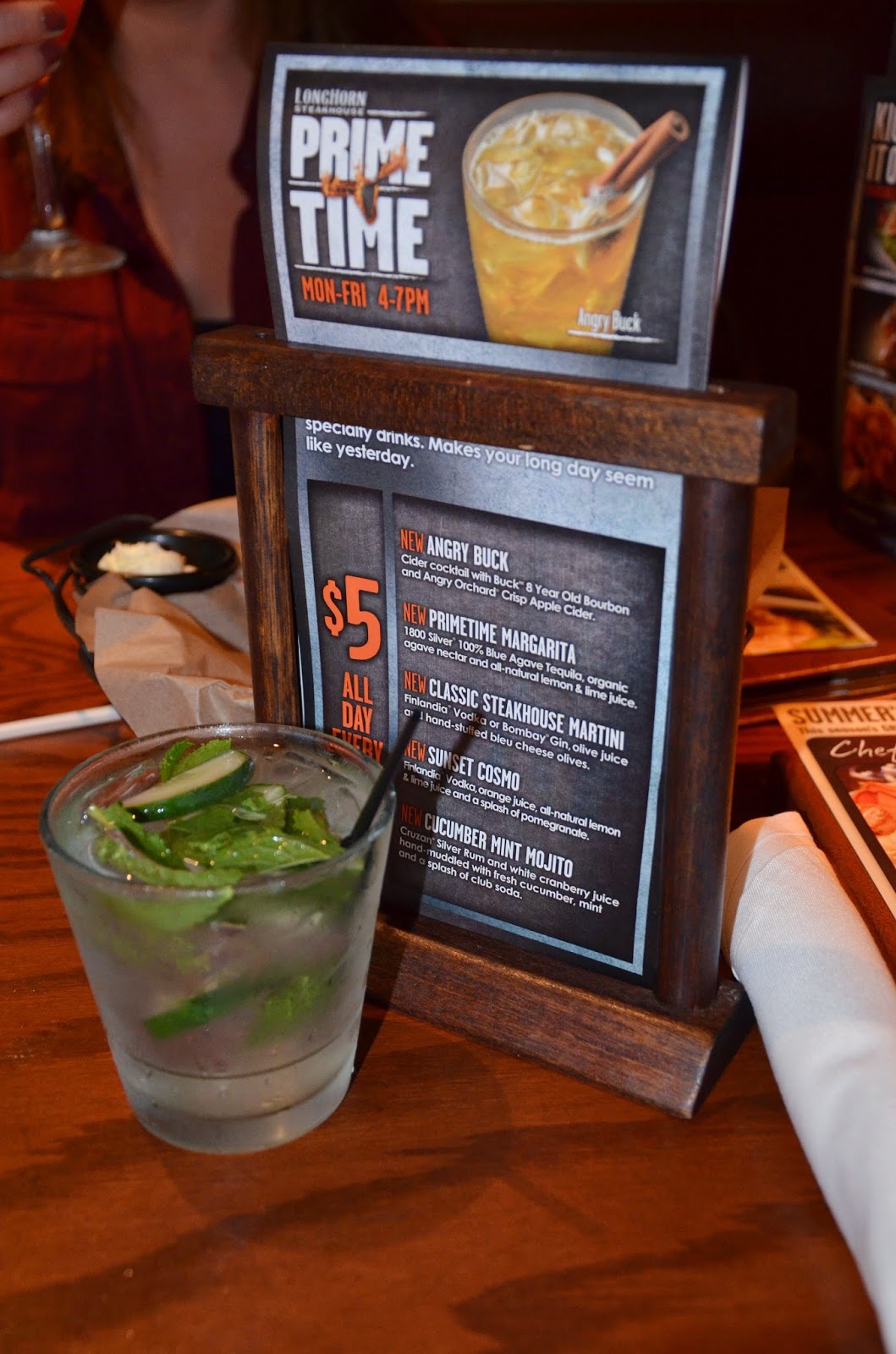 This was the drink I tried out and it was my first time having a mojito. It was a refreshing blend of minty and sweet and one I would definitely order again. 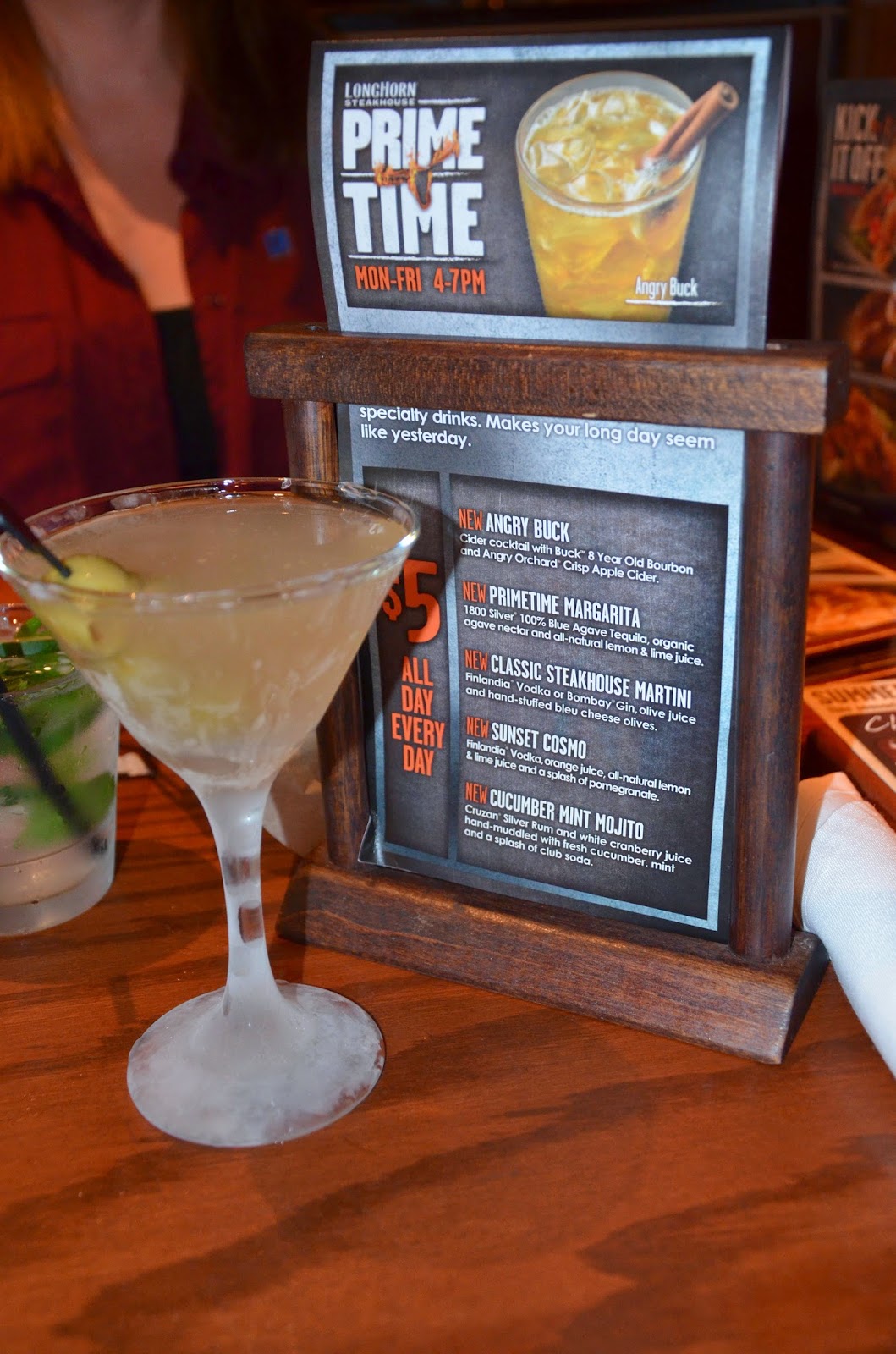 Laurie was pretty happy with her dirty martini. She said she's found a new drink.

Each of the cocktails on the Prime Time menu is $5

Now, on to the food. We tried out four of the six Prime Time bites. I love this new trend in restaurants of offering shareable bites that are lighter and less expensive than many traditional appetizers and give you a chance to try out a variety of items.


We first tried out the Wild West Shrimp Tacos. It's a spin on their most popular appetizer, the Wild West Shrimp. These lightly breaded shrimp had a perfect blend of seasonings to give it just a little bit of a kick. The plump shrimp are tossed with peppers and diced pimentos and brushed with garlic butter, then served with an avocado lime drizzle. These were fantastic. I could totally make a meal just out of these - and for just $5 that's a really reasonable meal. 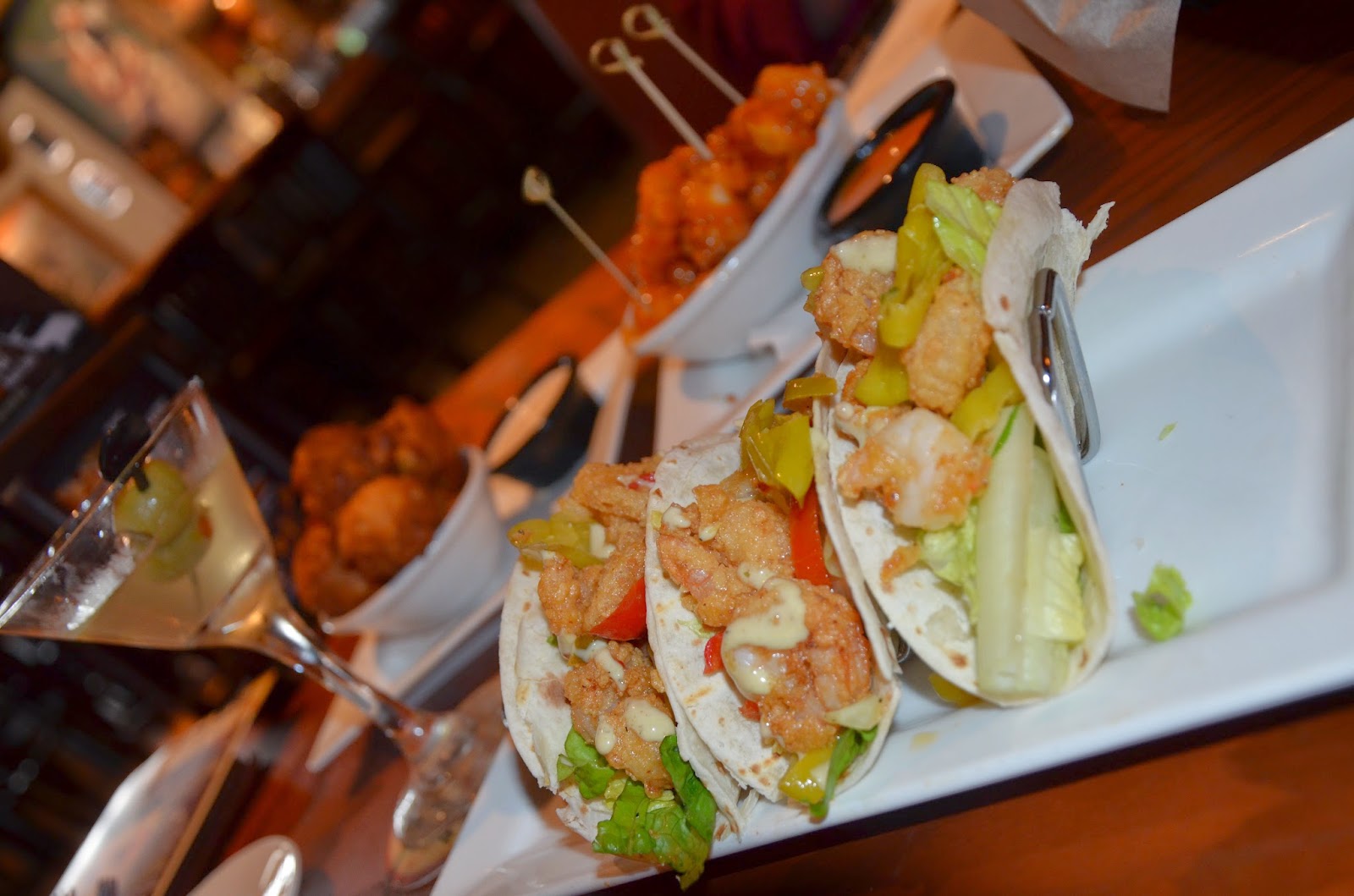 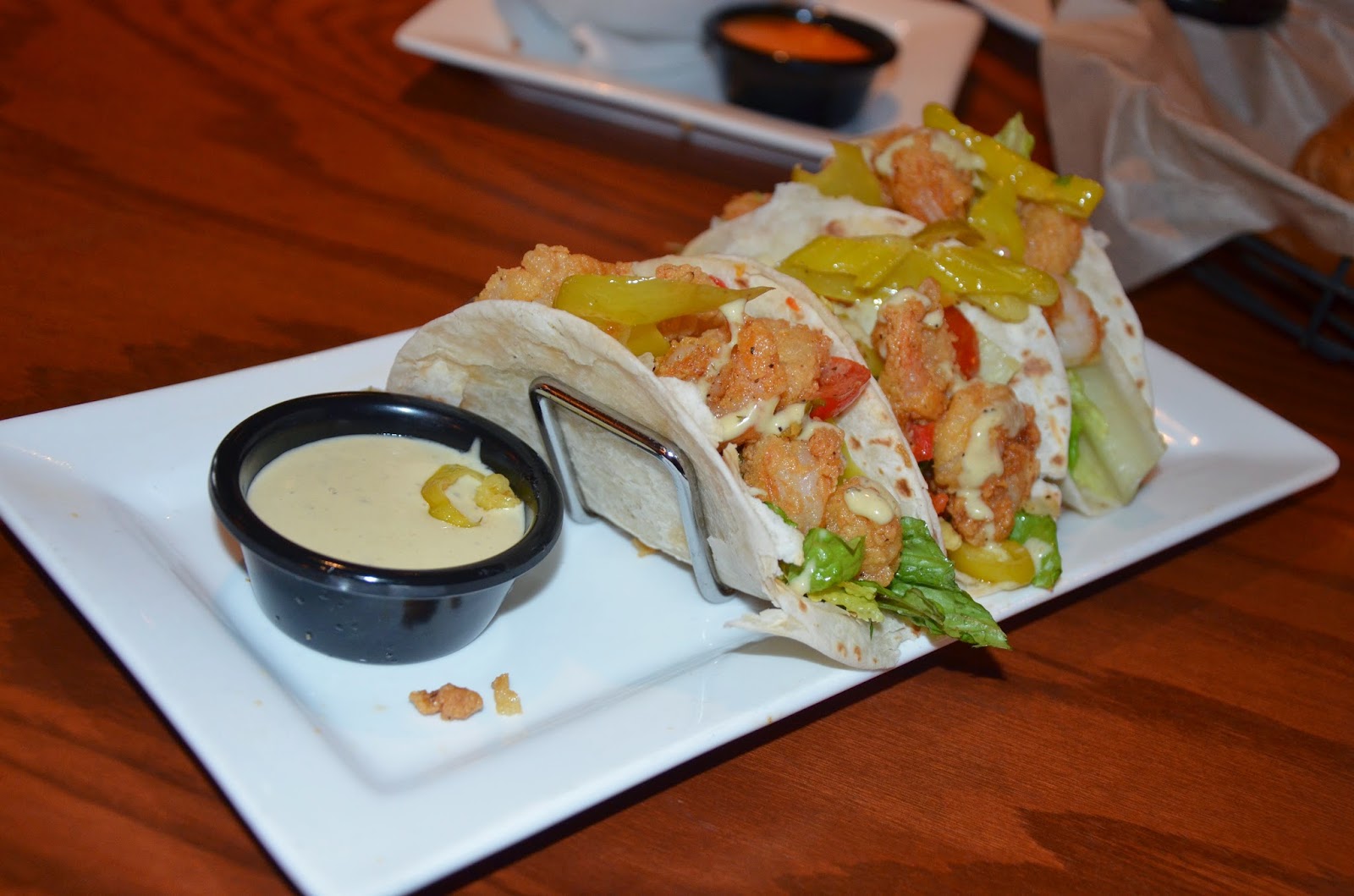 Next we tried the Spicy Chicken Bites ($4) and if spicy is your thing, you'll like these. It had some major heat and I had to stop after two. Blame it on my wimpy palate. The flavor was great, though, on these hand-breaded chicken bites tossed in a sweet-n-spicy chili-ginger sauce. 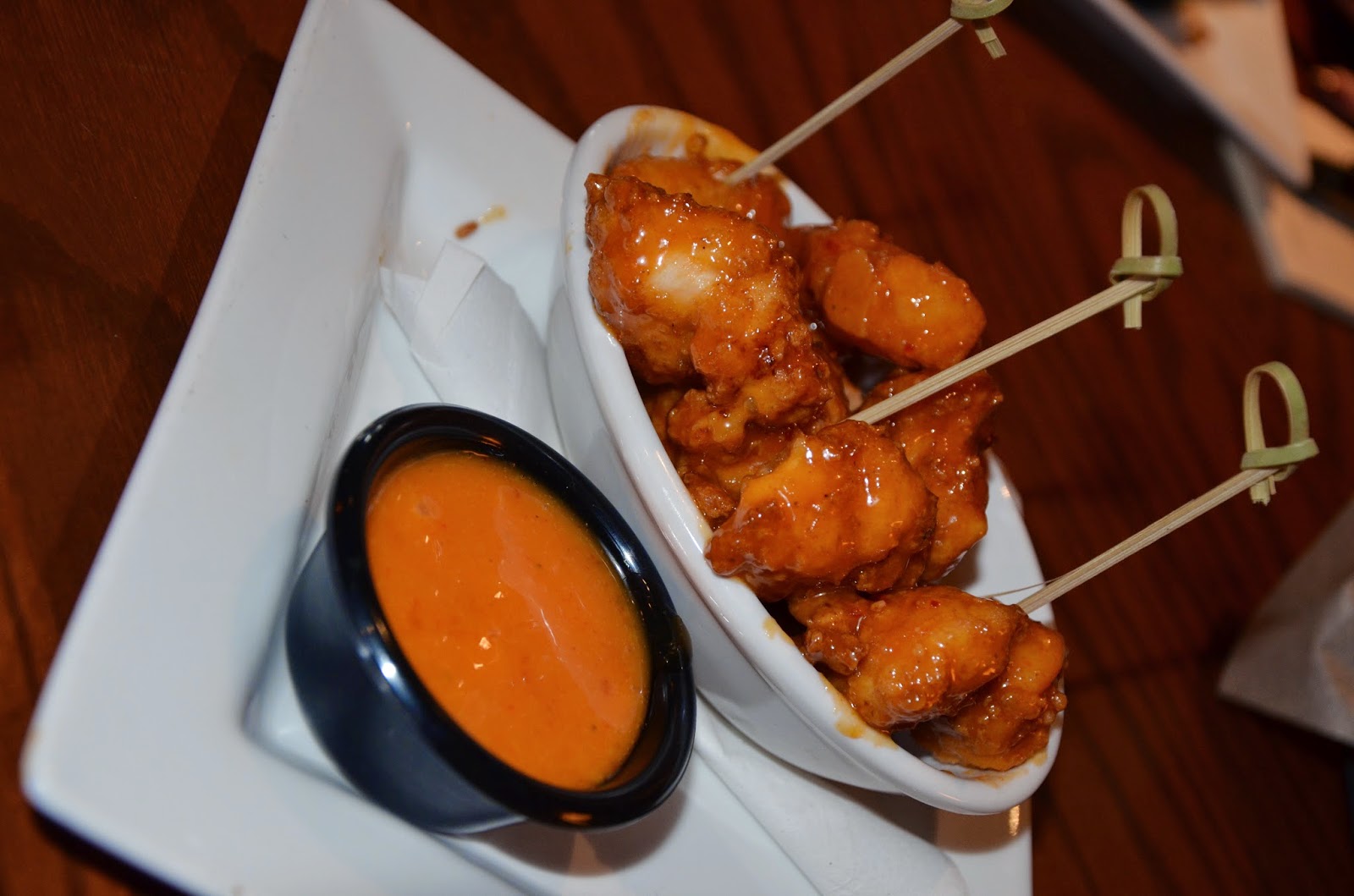 Our next item was a super yummy bargain at just $3 for a platter of crispy fried fritters stuffed with sweet corn with a red chili ranch dipping sauce. These Sweet Corn Fritters are a perfect sharing dish and I'm thinking a pale ale would go really well them. 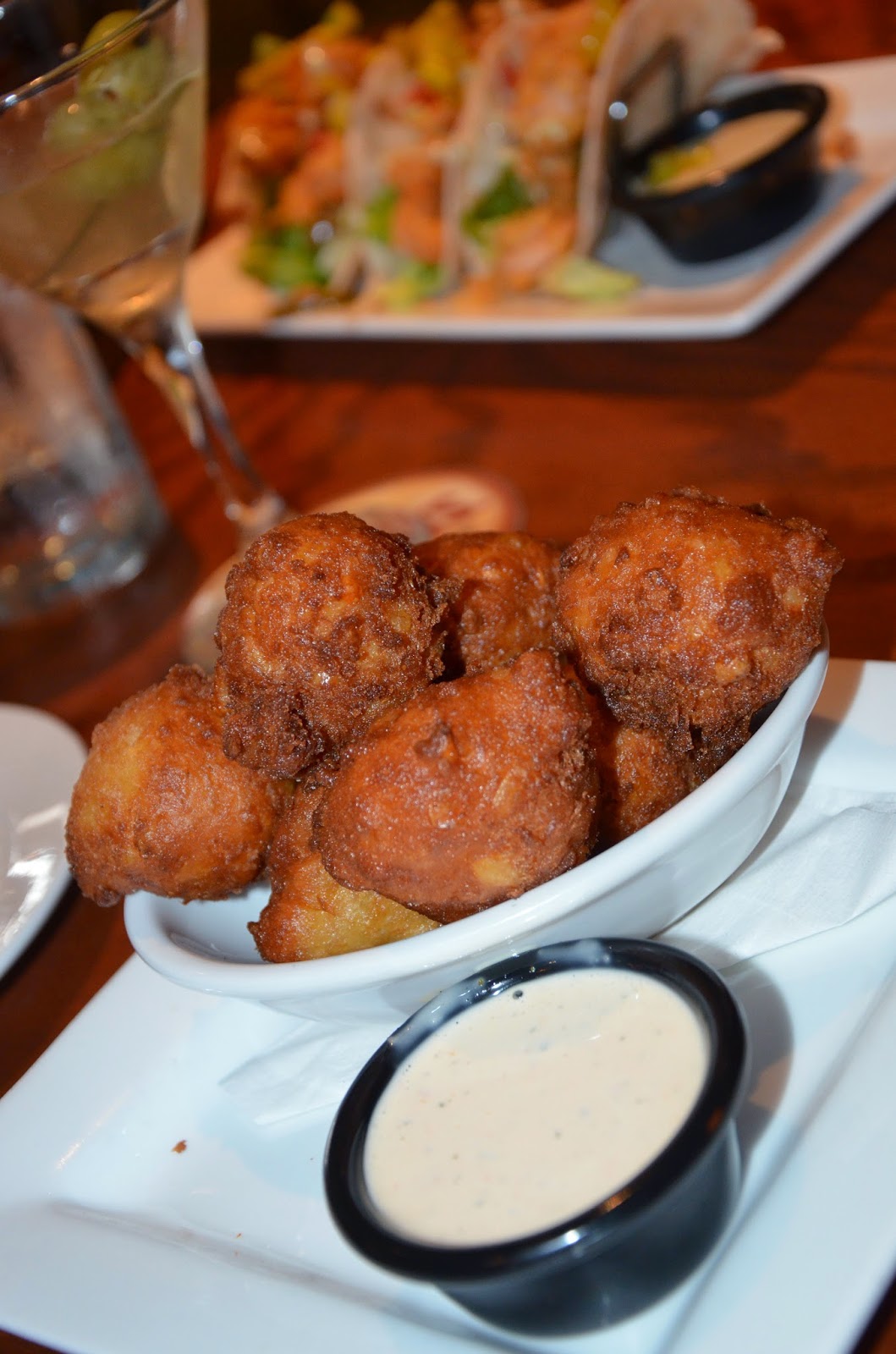 The last of the appetizers we tried was the Shrimp & Avocado Stack ($5) which is served with wonton chips. This has such a summery, refreshing blend of flavors with garlic shrimp layered with guacamole, cucumber and tomato. 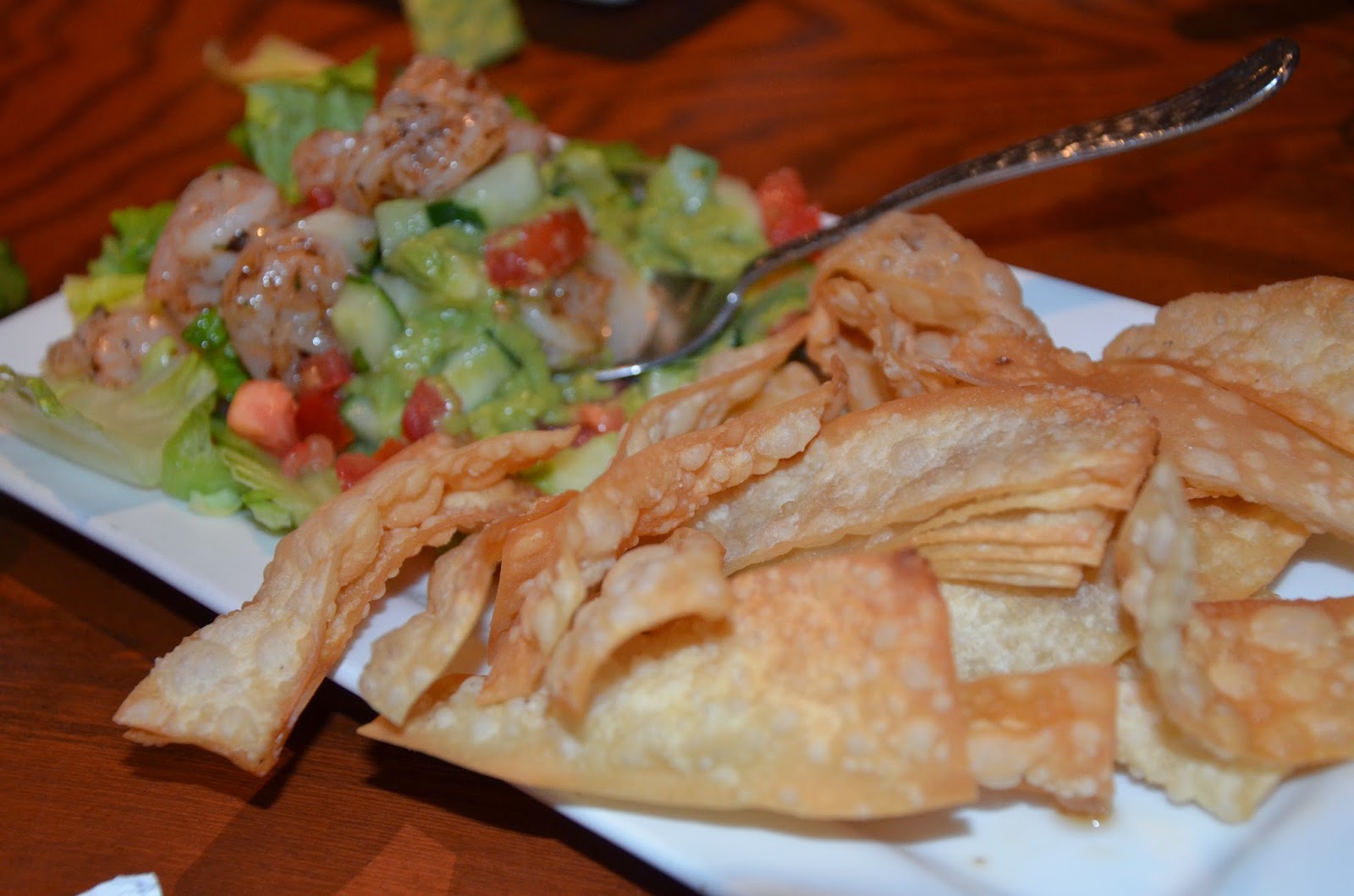 The two remaining Prime Time menu items were some Crispy Jalapeño Shooters ($4) and Housemade Kettle Chips ($3) with smoky barbecue and horseradish aioli. That rounds out a an eclectic bunch of flavors and combinations to curb those after work cravings while you enjoy a Prime Time cocktail with friends. It definitely helps put the "happy" in Happy Hour.

While we were there, we couldn't resist trying out a couple delicious seasonal items and you'll find those posted very soon.

***I was provided with a gift card for food sampling. All opinions are my own.