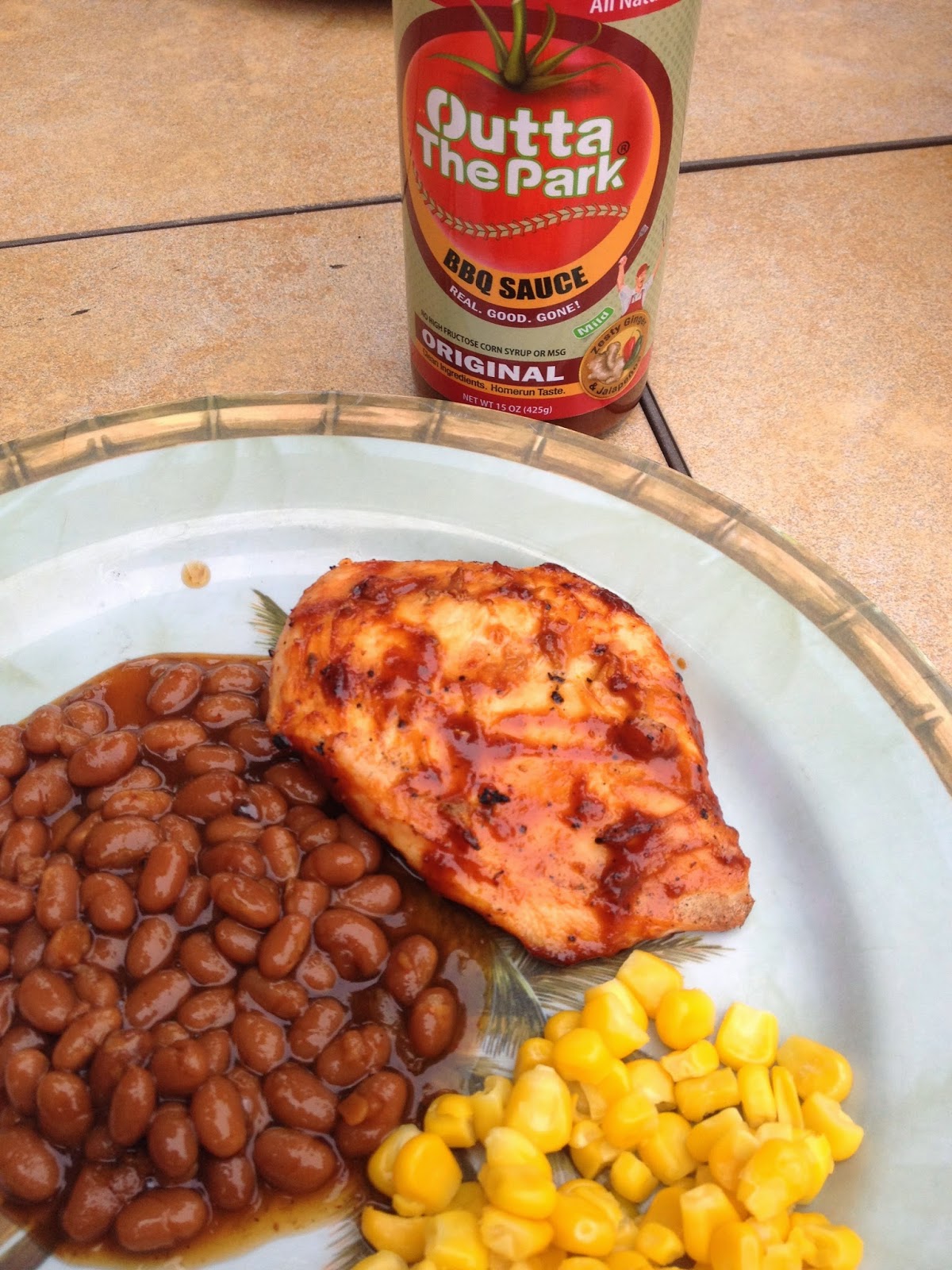 Recently I posted about some ribs I made with a sauce I tried called Outta The Park. The ribs were a big hit thanks to that tangy, flavorful sauce that was slathered all over it.

Since I only used about half the bottle on my ribs, I pulled it out again when I was making some chicken breasts on the grill. Each breast was lightly seasoned and cooked fully on the grill before brushing on some sauce. They stayed over the grates for just a minute or two for the sauce to melt in to the meat, but not burn.

I enjoyed the sauce just as much the second time around. This time, I made most of them with the original flavor I had used on the ribs, but I also coated a couple of the breasts with the Hot & Spicy variety. My husband and son, who are much better able to tolerate spiciness than I am, didn't even break a sweat. They gobbled it down in no time and went for seconds. For me, while the Hot & Spicy has great flavor, it will have to be left to those in the house with stronger taste buds. I couldn't eat more than a couple bites thanks to my wimpy taste buds and I had to retreat back to the original. If you're one of those who subscribes to the "hotter the better" philosophy, you'll be pleased. 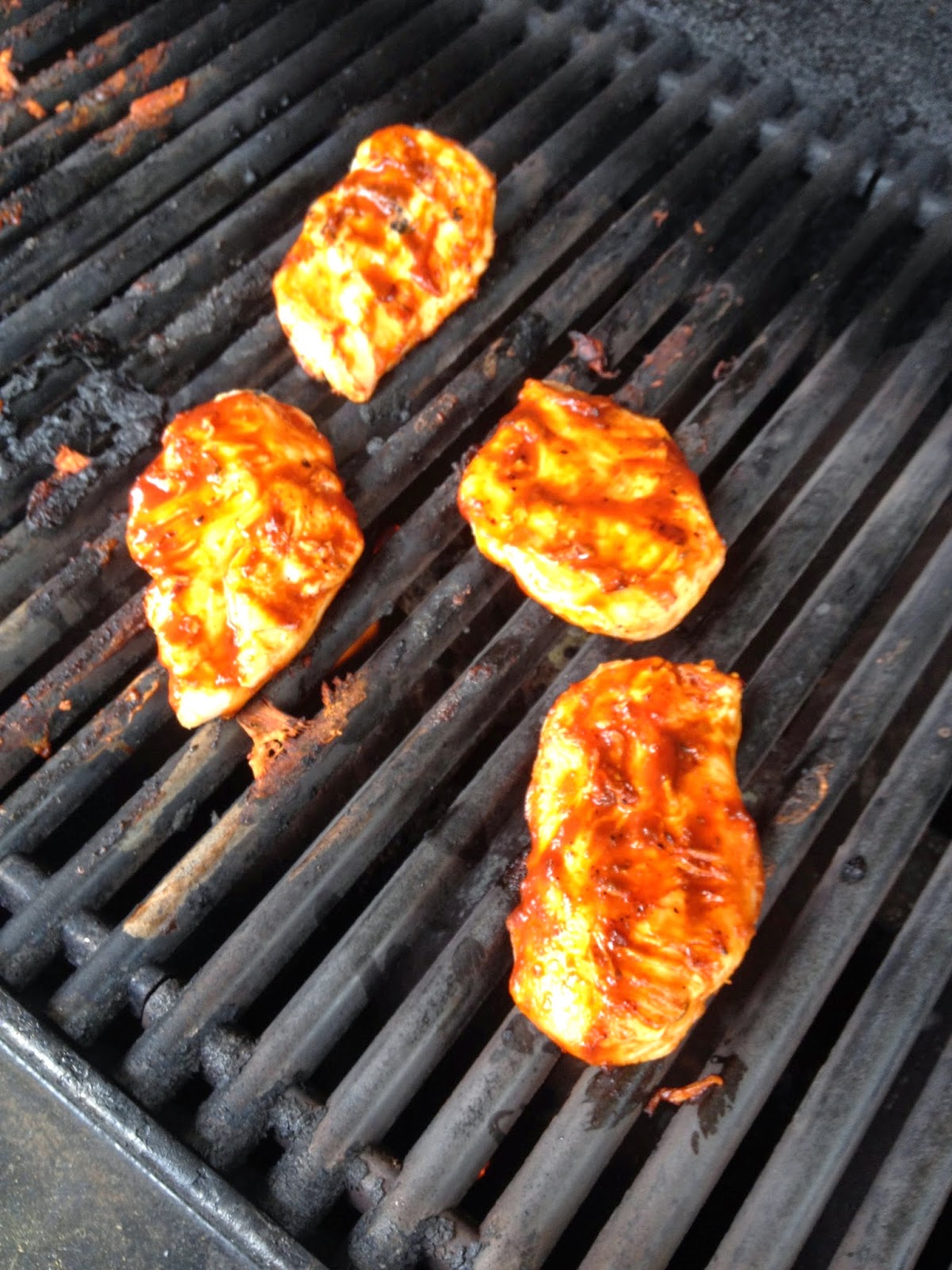 I'm glad I had the opportunity to try out Outta the Park sauce this summer and it's a sauce my whole family enjoyed. I could see using it for a variety of other recipes - maybe a barbecue chicken pizza or some pulled pork sandwiches.

If you like barbecue flavors and like to try out new sauces, this one is definitely worth ordering online and giving a try. You can find it at outtathepark.com. It's also available in a large number of stores mostly in the South and East and although it's found its way into stores in our neighboring states of Wisconsin, Michigan and Indiana, it hasn't made it to Illinois yet. I'll be happy when it finally does! :)

***Disclosure: I received a product sample for the purpose of a review. Opinions are my own.