Each time I see Jay's Potato Chips, it takes me back to a day in second grade when our class had the good fortune to hop on a bus for a field trip of the Jay's Potato Chip factory in Chicago. I seem to remember it sitting just along I-94 with big signs visible as you'd drive.

Unfortunately, Jay's filed for bankruptcy in 2007, but fortunately the products are still made by Snyder's of Hanover. The chips were first produced in Chicago in 1927 when Leonard Japp, Sr. began selling them from a truck. The name change came during World War II, when after the bombing of Pearl Harbor by the Japanese, the negative connotation of "Jap" caused the name to change to Jay's to avoid a slip in sales.

I can still buy them in stores all over Chicagoland, but it makes me sad to know they aren't made here anymore in the same factory where I watched them being made on a line and then left with my own little bag of chips and a Jay's pencil. Those were the days! 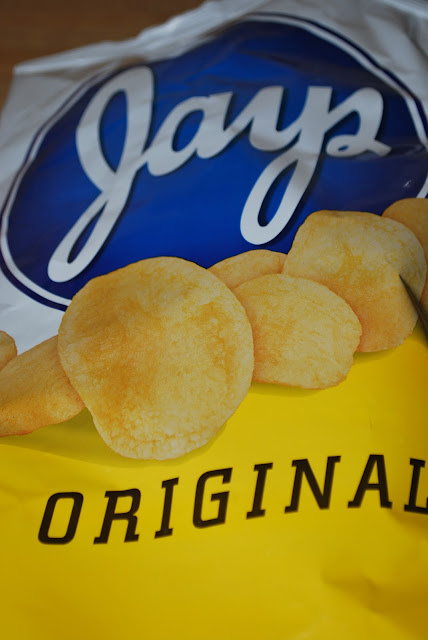