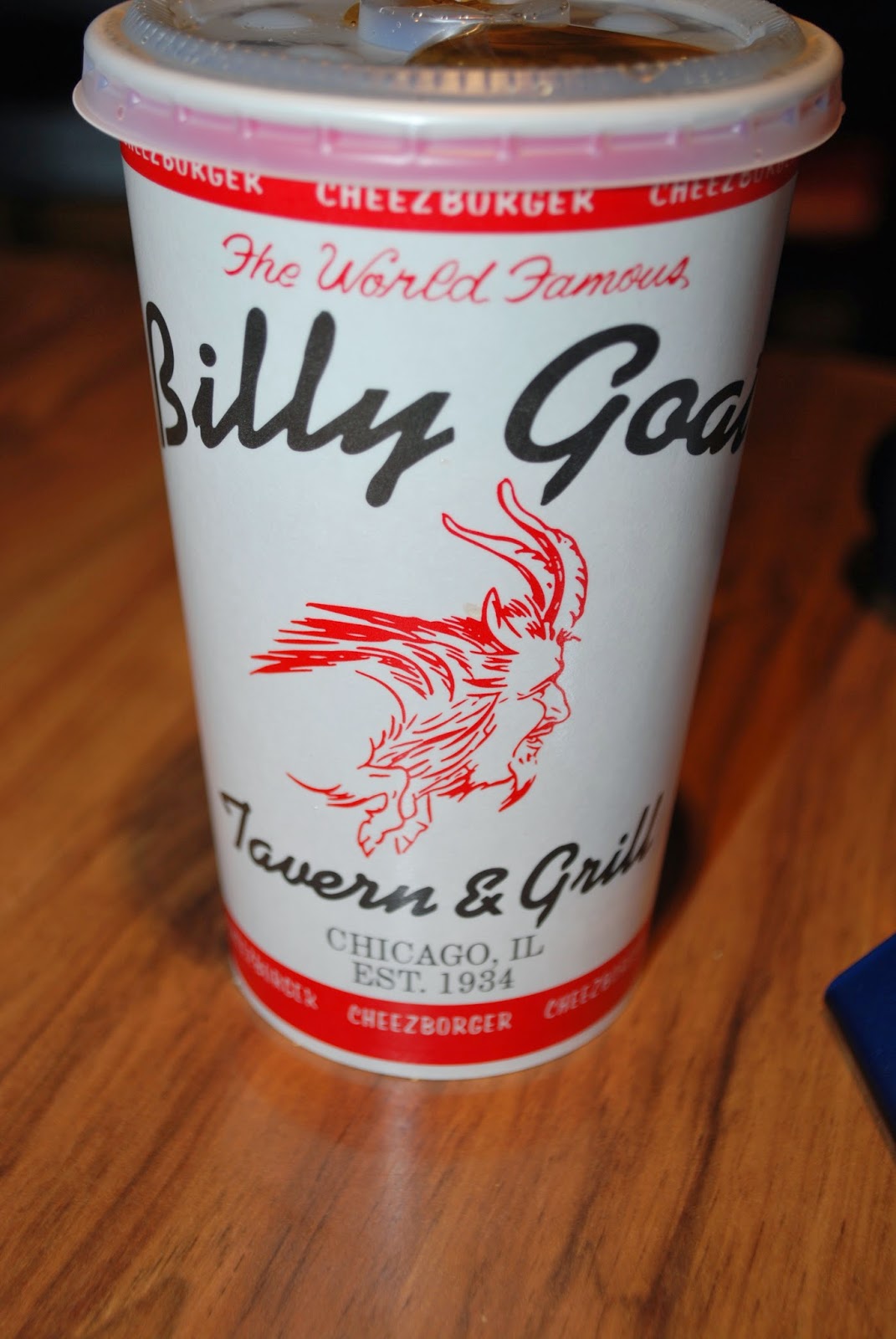 Fans of Saturday Night Live will recall the skit with John Belushi, Dan Akroyd and Bill Murray working at a restaurant quite similar to Chicago's Iconic Billy Goat Tavern calling out "Cheezeborger, Cheezeborger. No fries, chips. No Pepsi, Coke."

I had never been to the Billy Goat before and when Dad and I decided to go for a bite to eat after seeing the Celtic Women perform at the Chicago Theatre over St. Patty's Day weekend, I was pleased to see a Billy Goat location right around the corner.

We stopped in for a burger. A yummy, juicy burger. Make that cheezeborger. :) We were there on a Sunday at dinner time and the place on Lake Street was surprisingly quiet. Just one other table was occupied when we entered and I was a tad bummed that the server wasn't quite as lively as Belushi. He did have one line down though - when you order a single, he says, "Are you sure you don't want a double? A single is just a quarter-pound." I heard him repeat it to three others who came in while we were there. If you stop in and get this question, listen to him. The quarter pound is quite thin. It was a very tasty burger, but I could have gone for something a bit more meaty. Customers add their own condiments.

Another thing I didn't expect is that there were fries on the menu!! I thought that was always part of their "thing" was that they didn't serve fries. Oh, well. I was glad that they had them on the menu, though, because they were good. Really good. Good greasy fries to go with that good greasy burger. Probably the full day's worth of calories at once, but worth it.

We got two burgers, fries and two Cokes and it was just over $12 - very, very reasonable for a meal in the city.

Now a little on the history. As a Chicago Cubs die-hard, I am sure that any hard core fan has heard the old story about how the owner of the Billy Goat visited Wrigley Field with his pet goat. He was denied entry because of the smell and the owner put a curse on the field and the Cubs. And well, it seems that we're still cursed. The last time the Cubs appeared in a world series was 1945. That's when the curse was placed on the Cubs during game 4 of the series. The last World Series win was 1908. Read a little more on the curse here - http://www.billygoattavern.com/legend/curse/.

Click here to watch the Saturday Night Live skit that imitates the atmosphere at the Billy Goat - https://screen.yahoo.com/olympia-restaurant-000000640.html

There are now nine locations including one in Washington D.C. 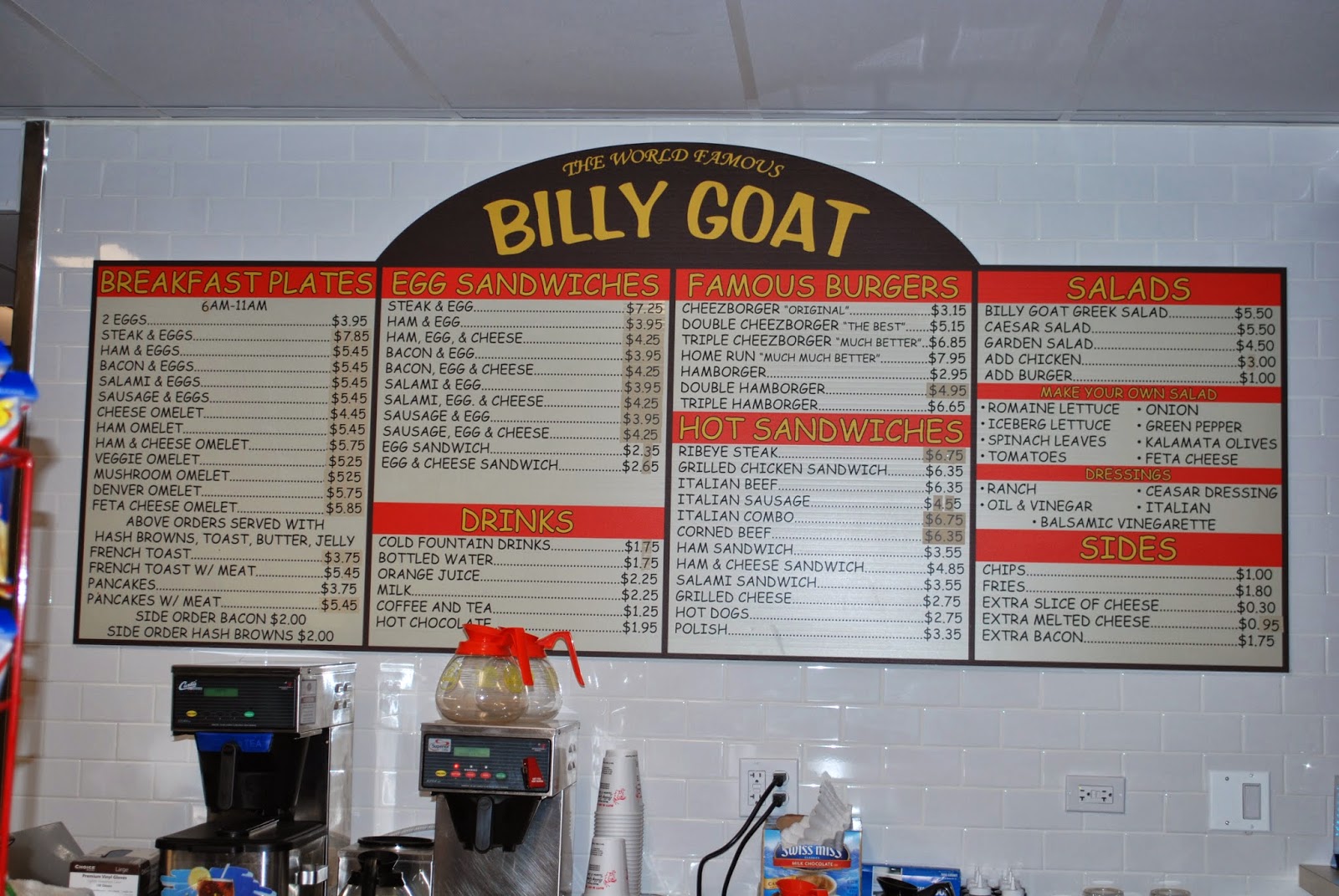 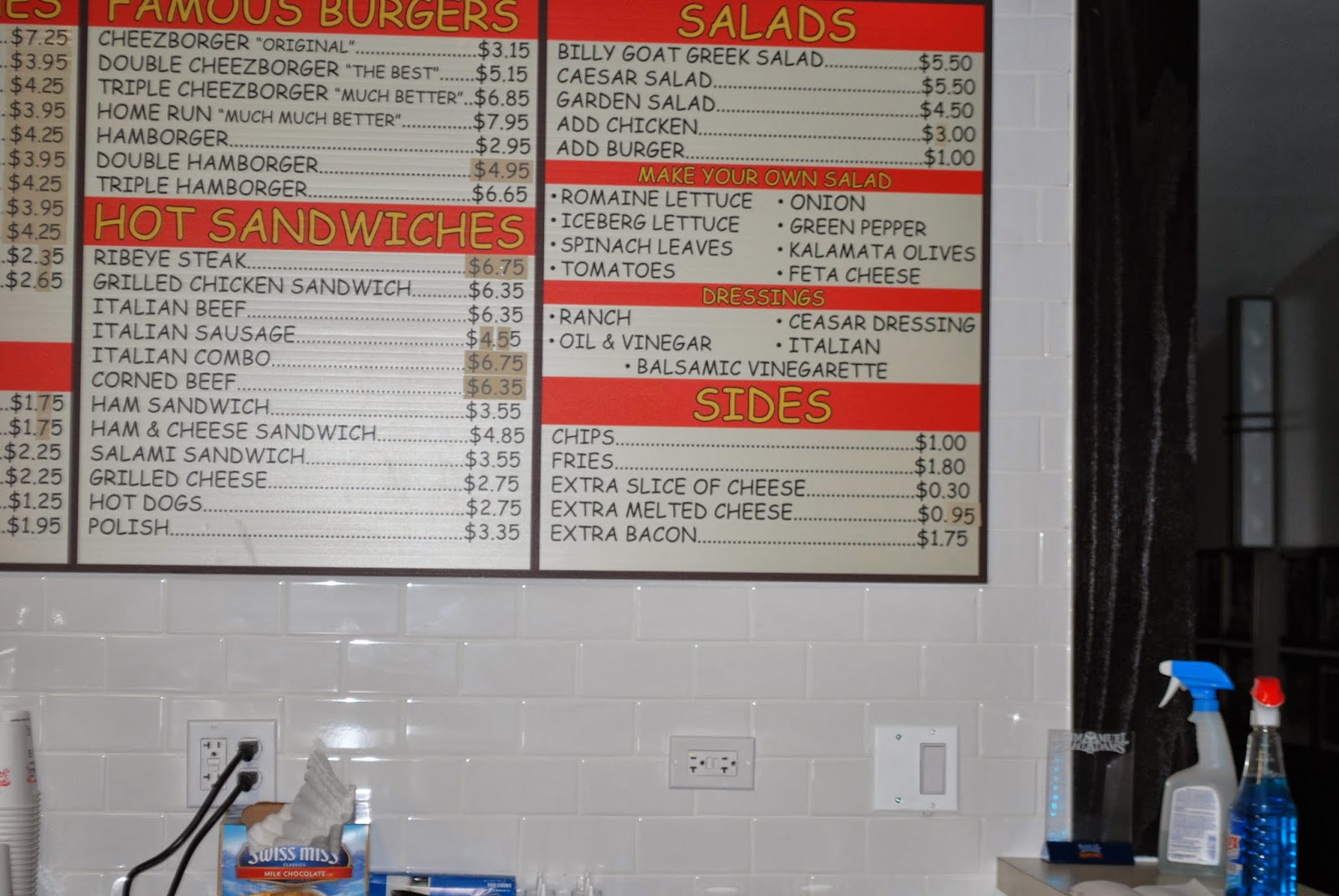 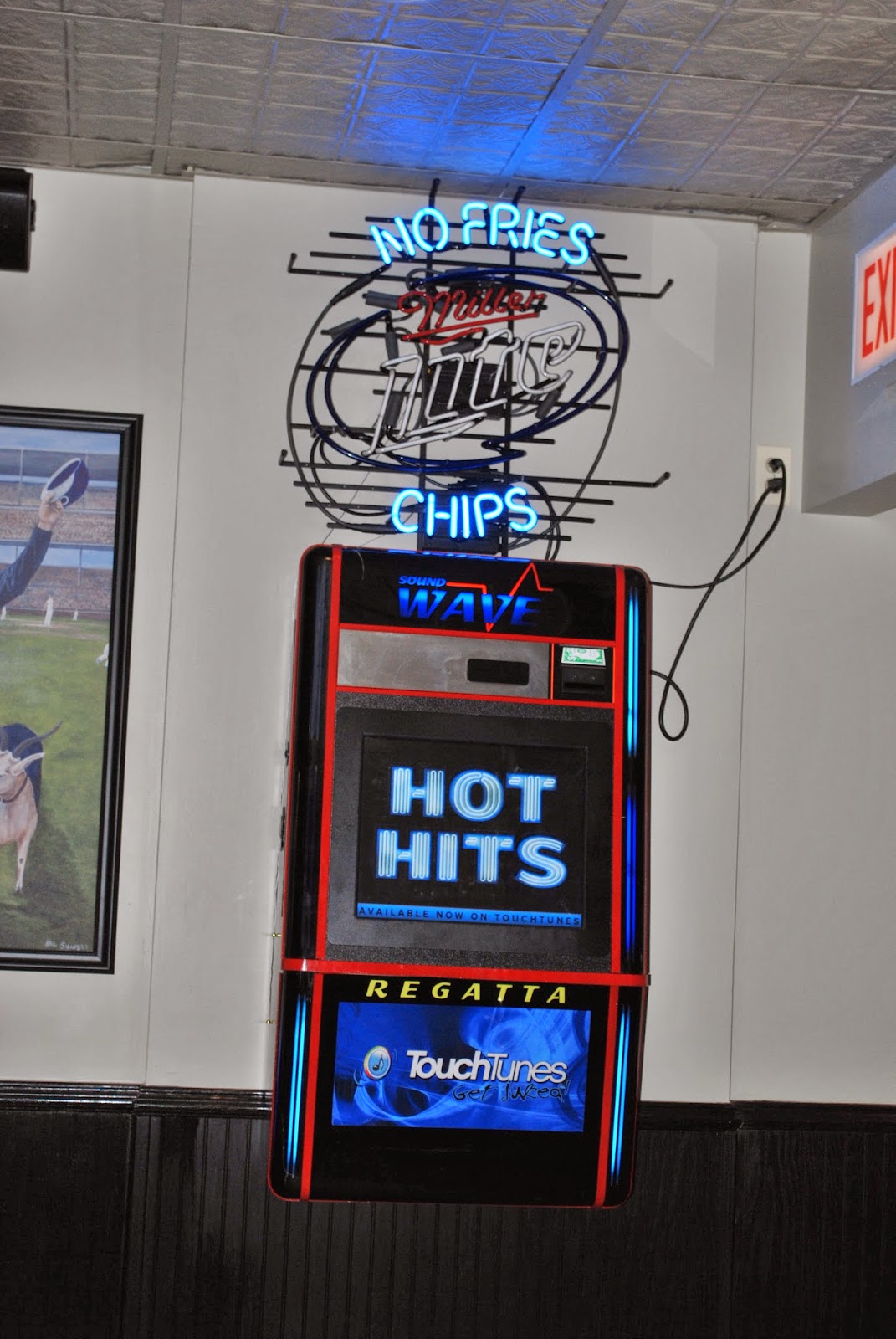 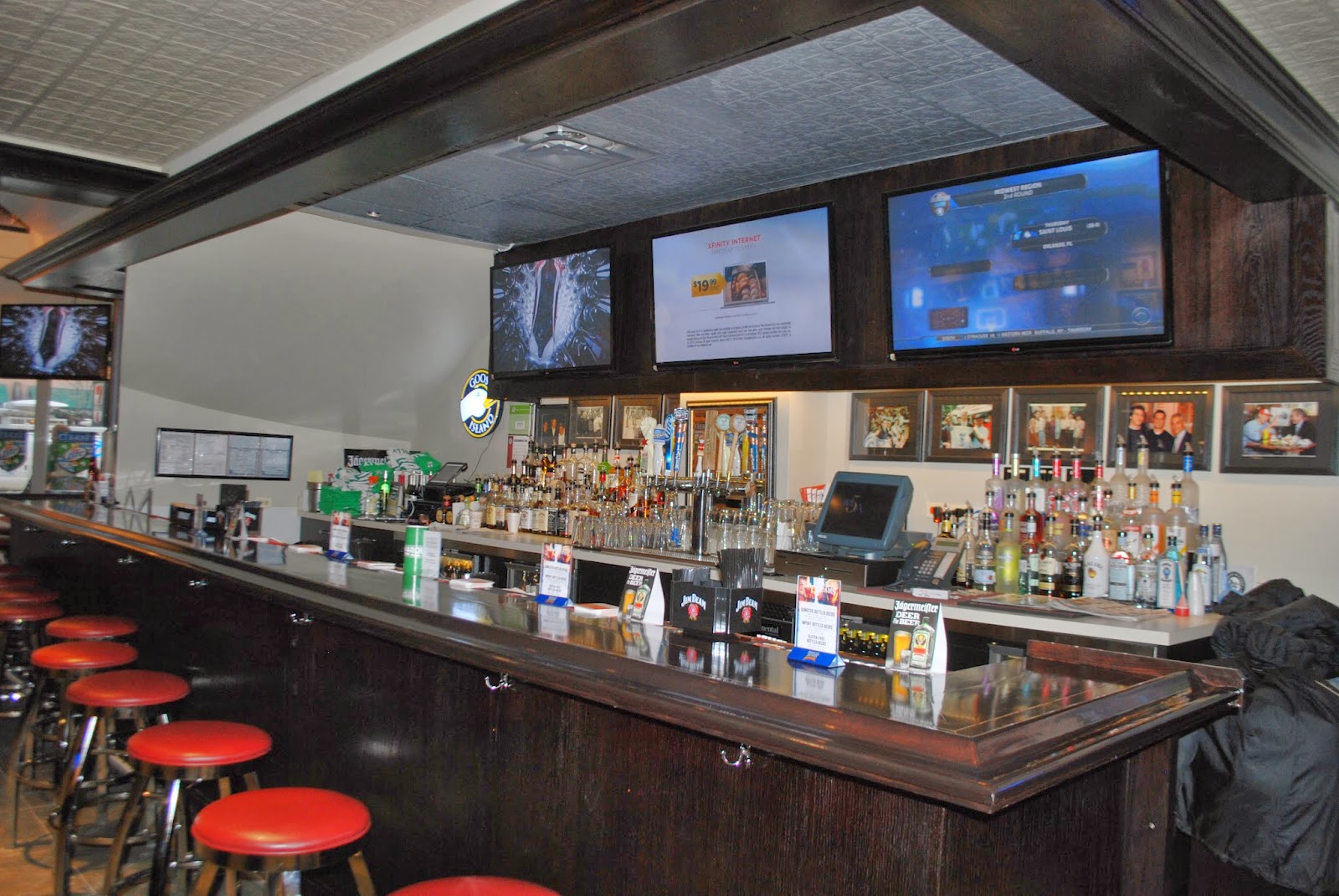 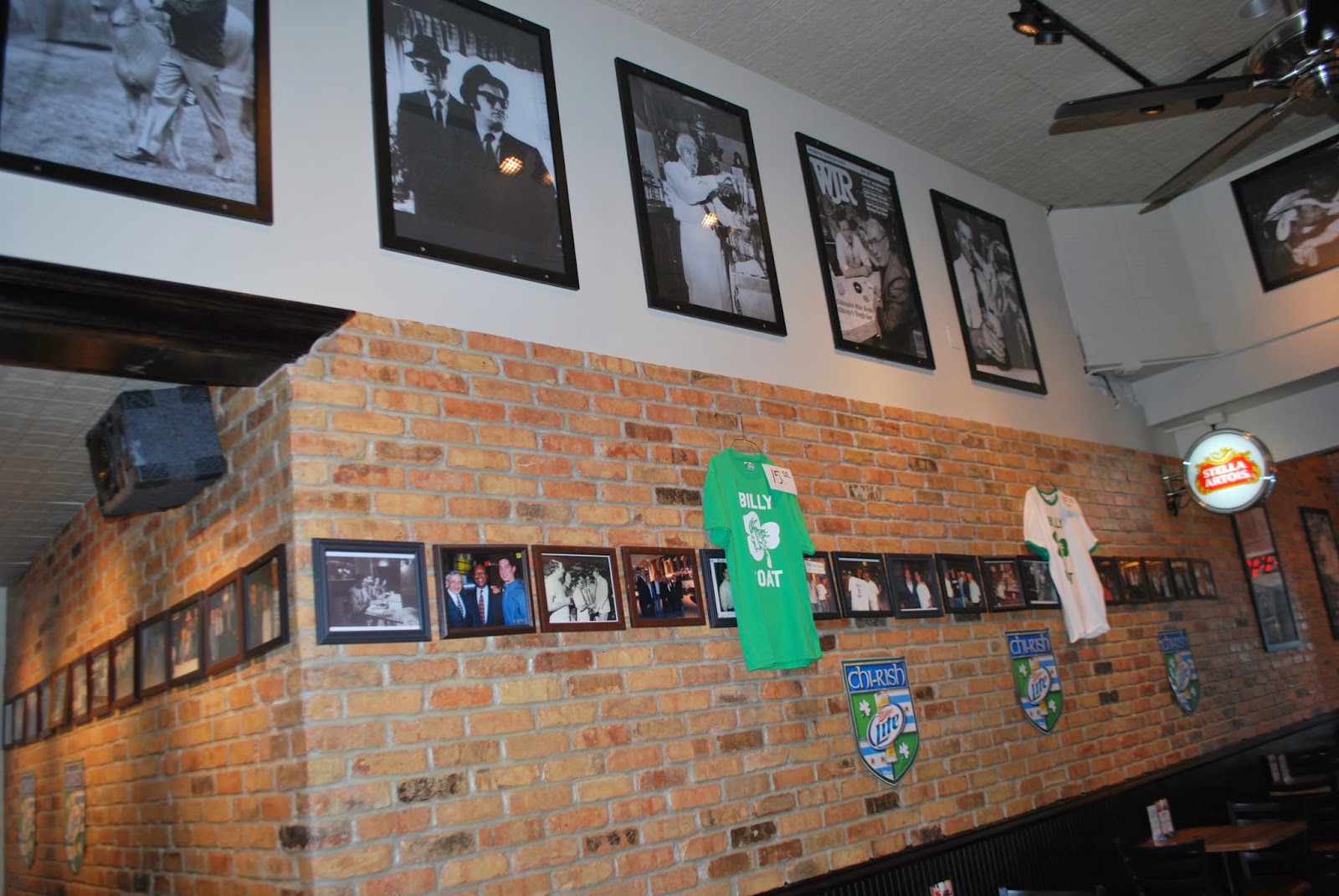 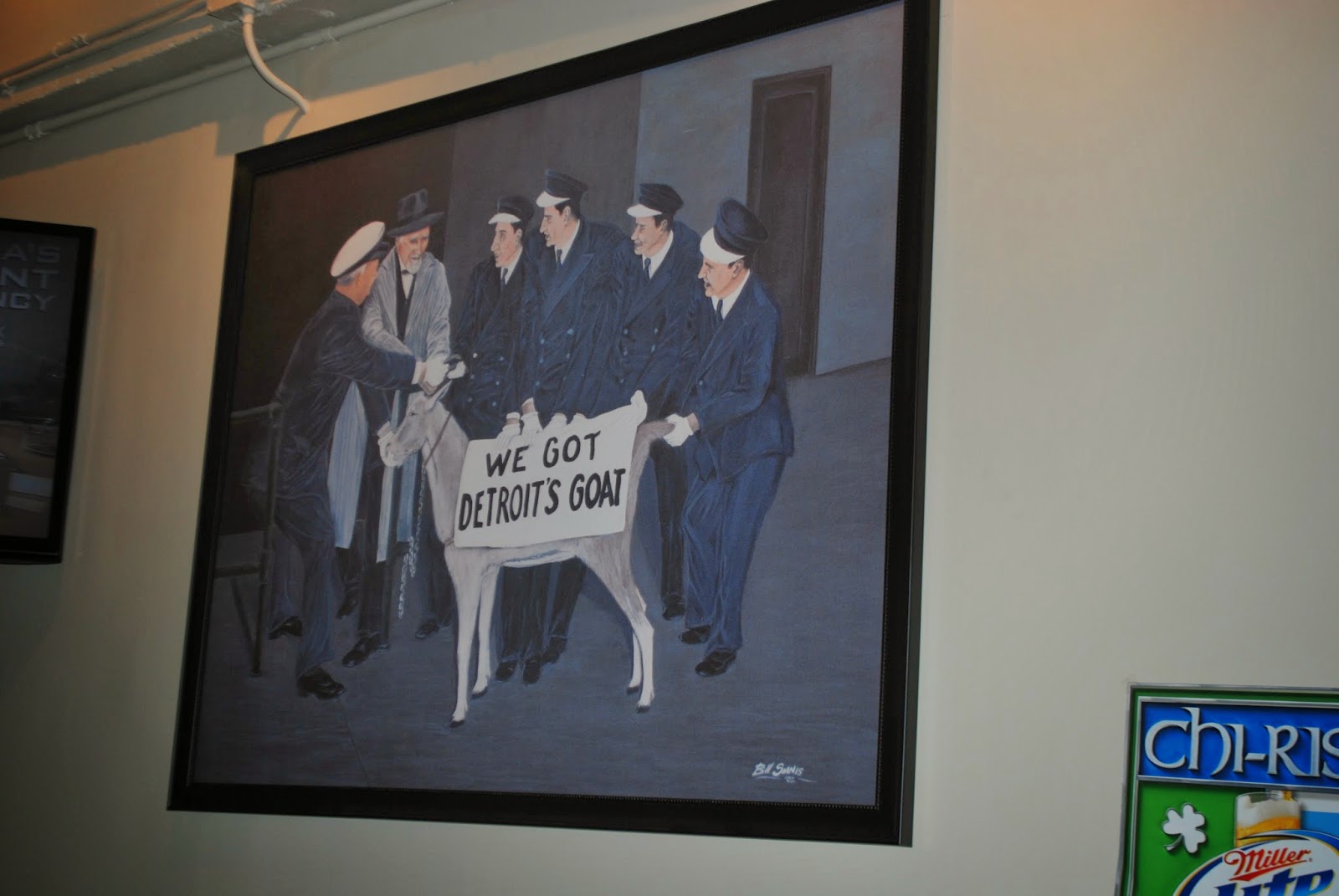 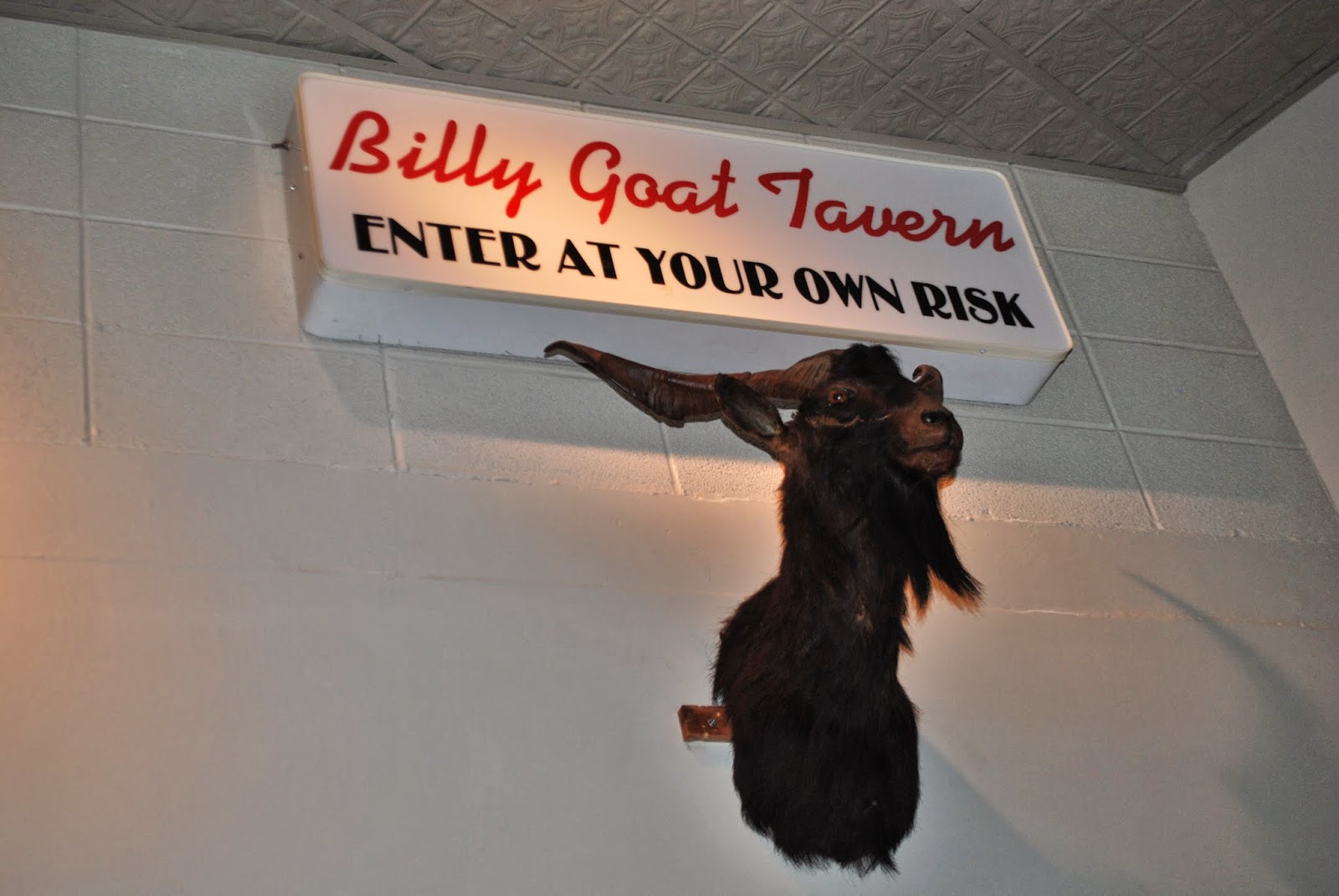 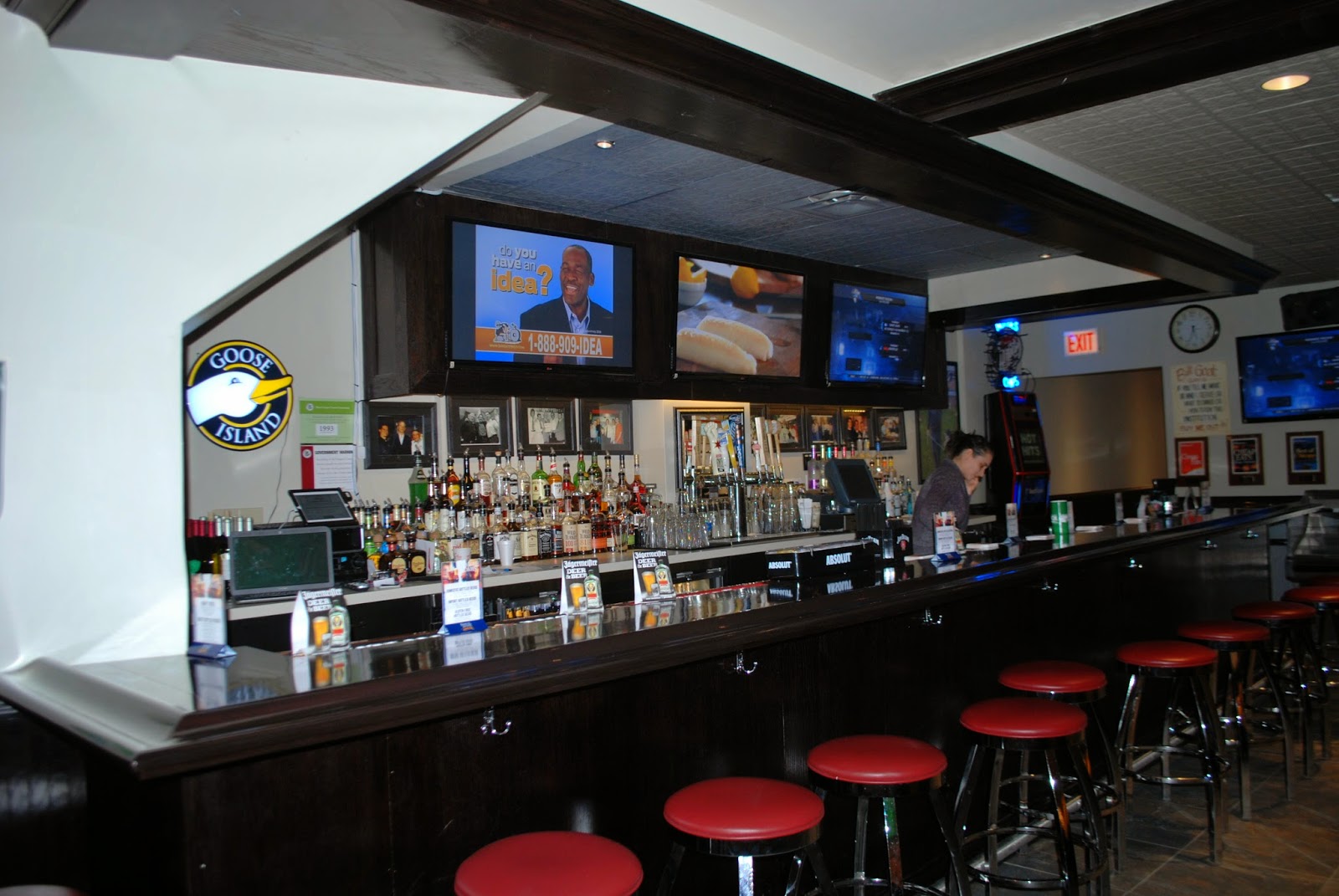 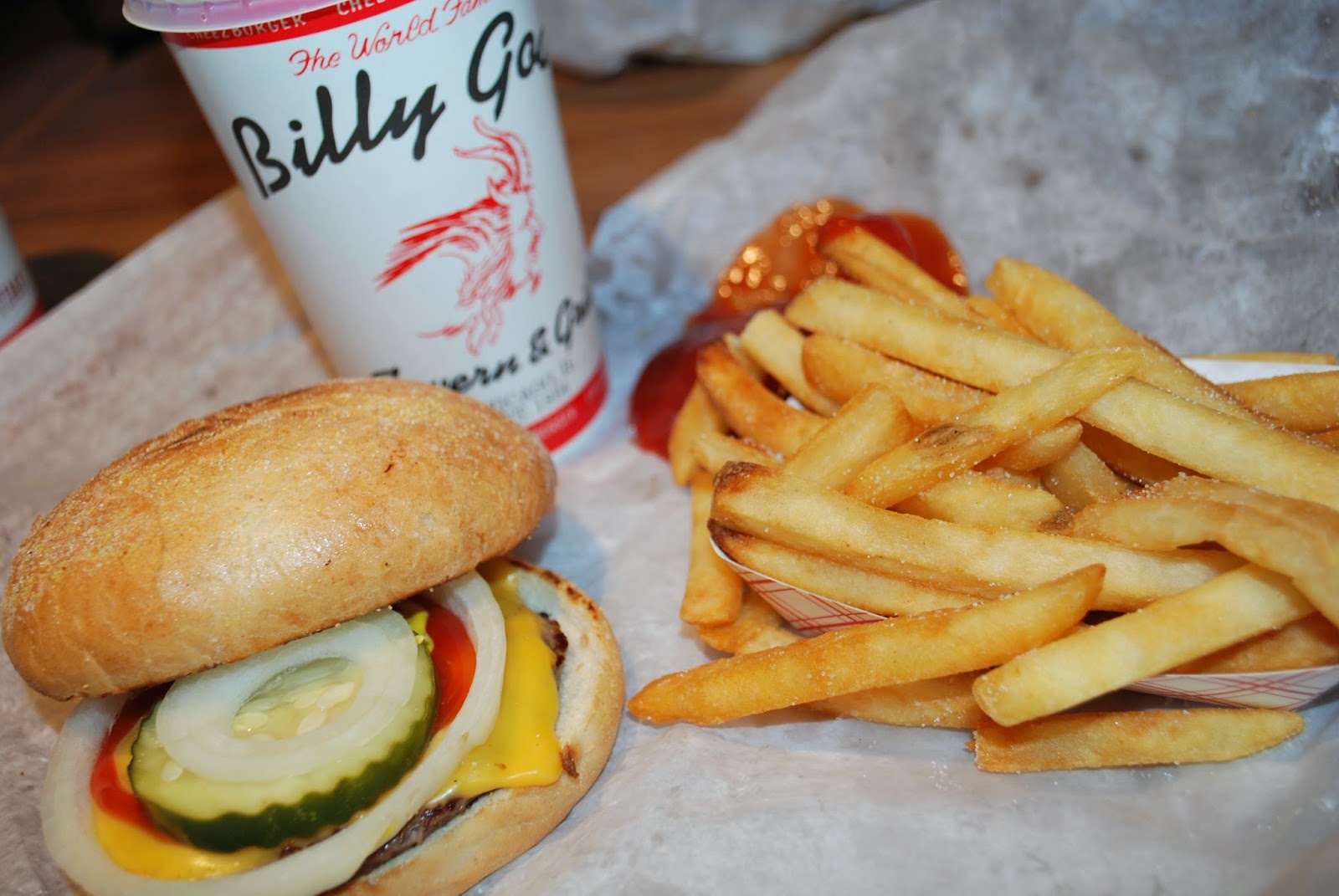 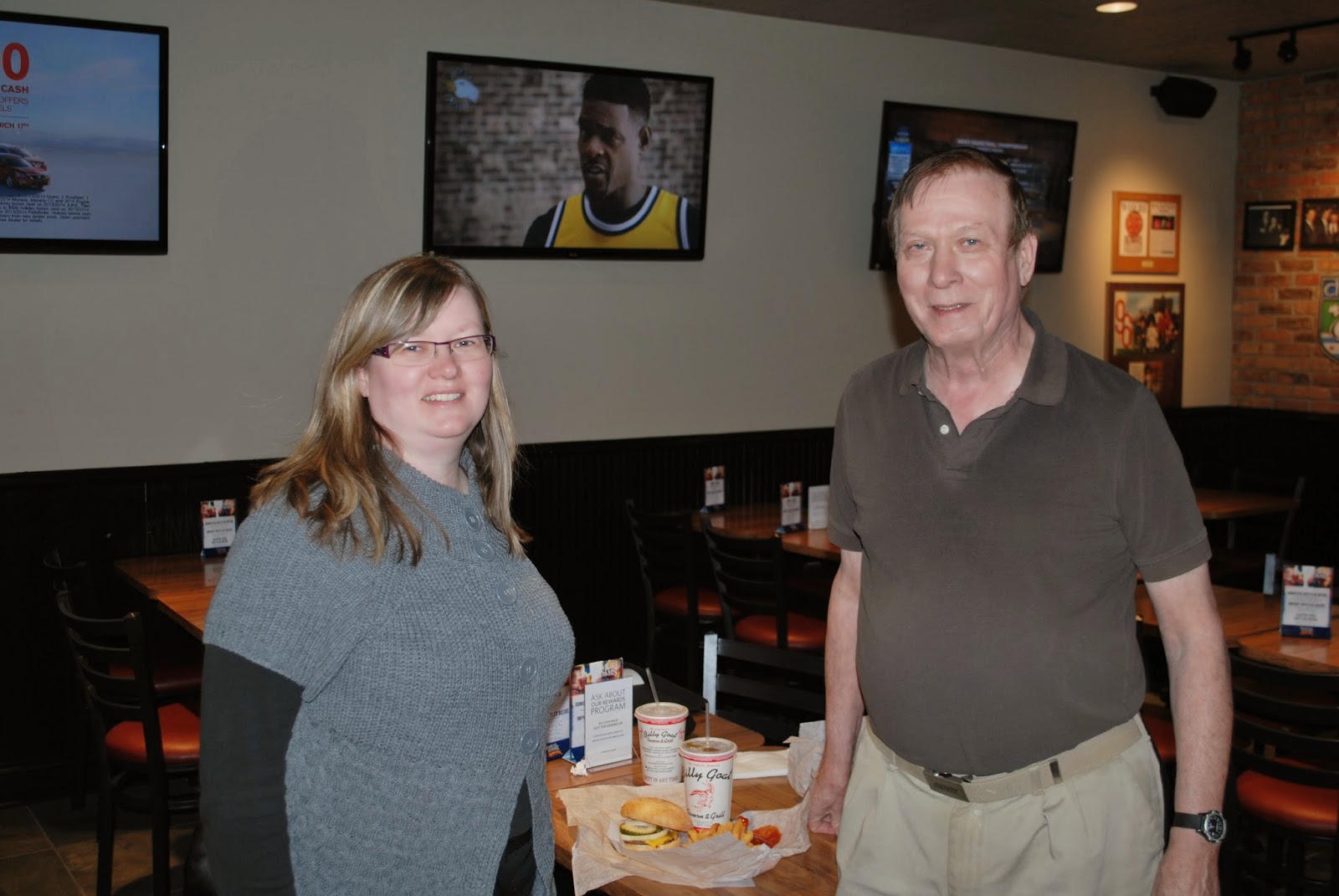 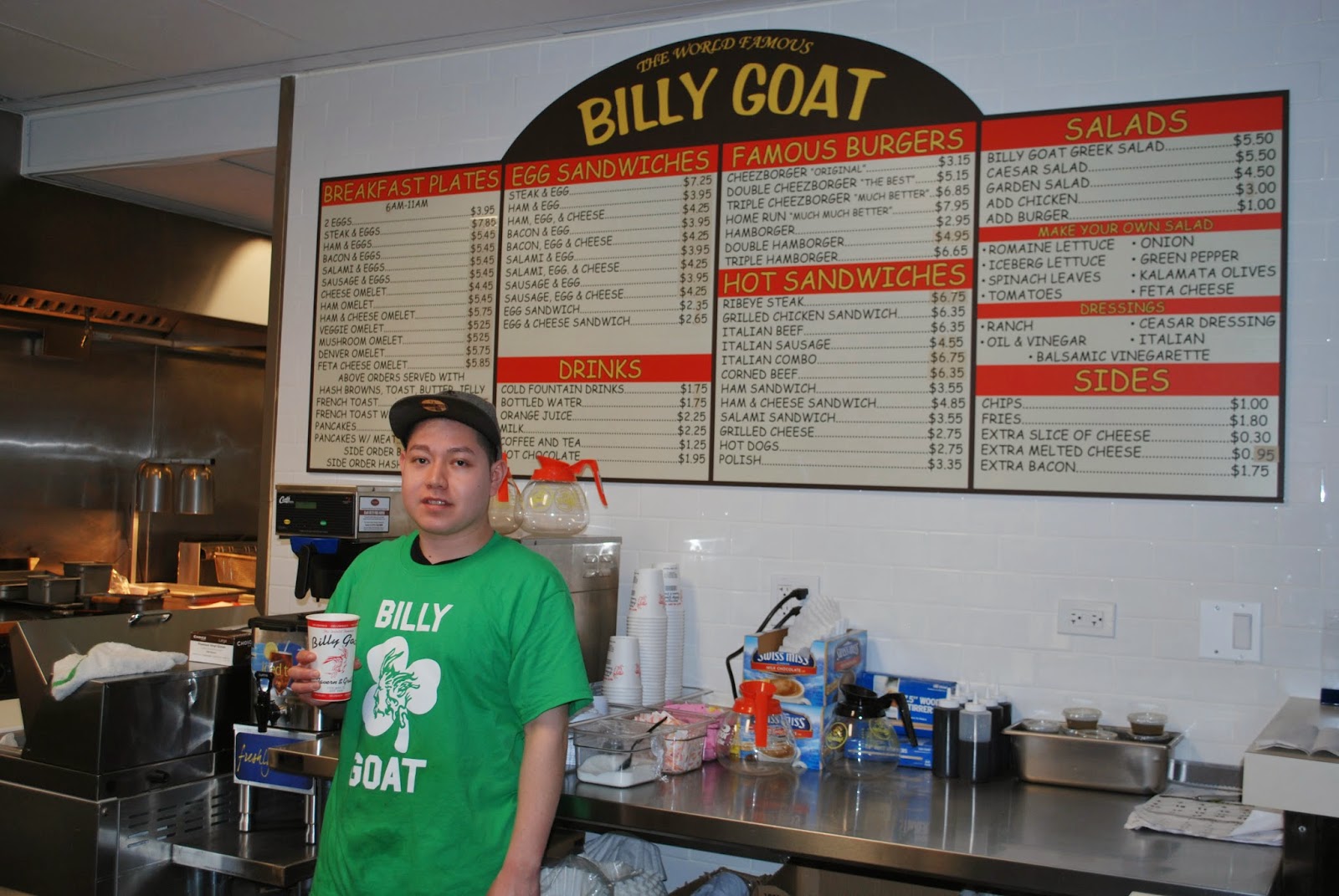 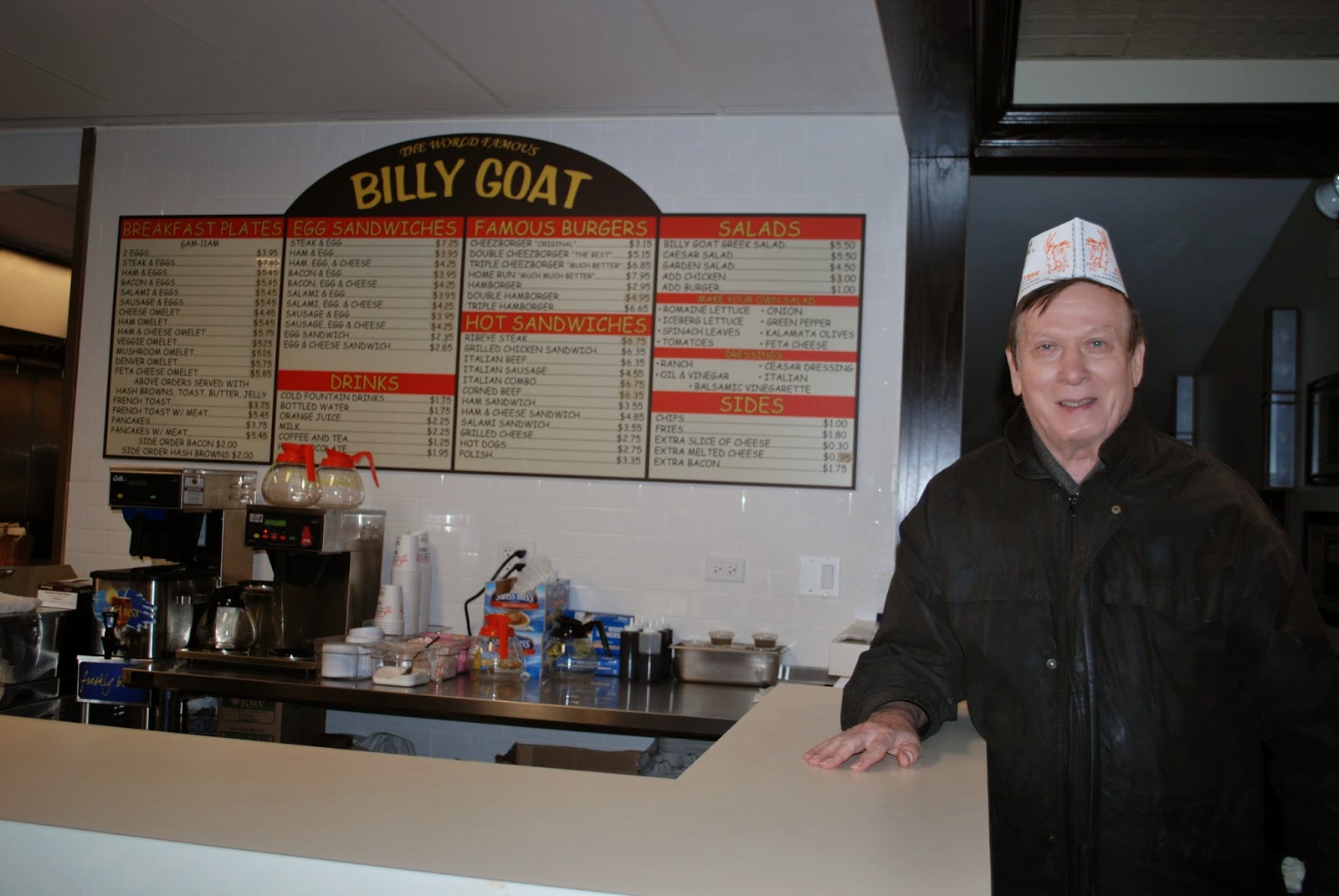 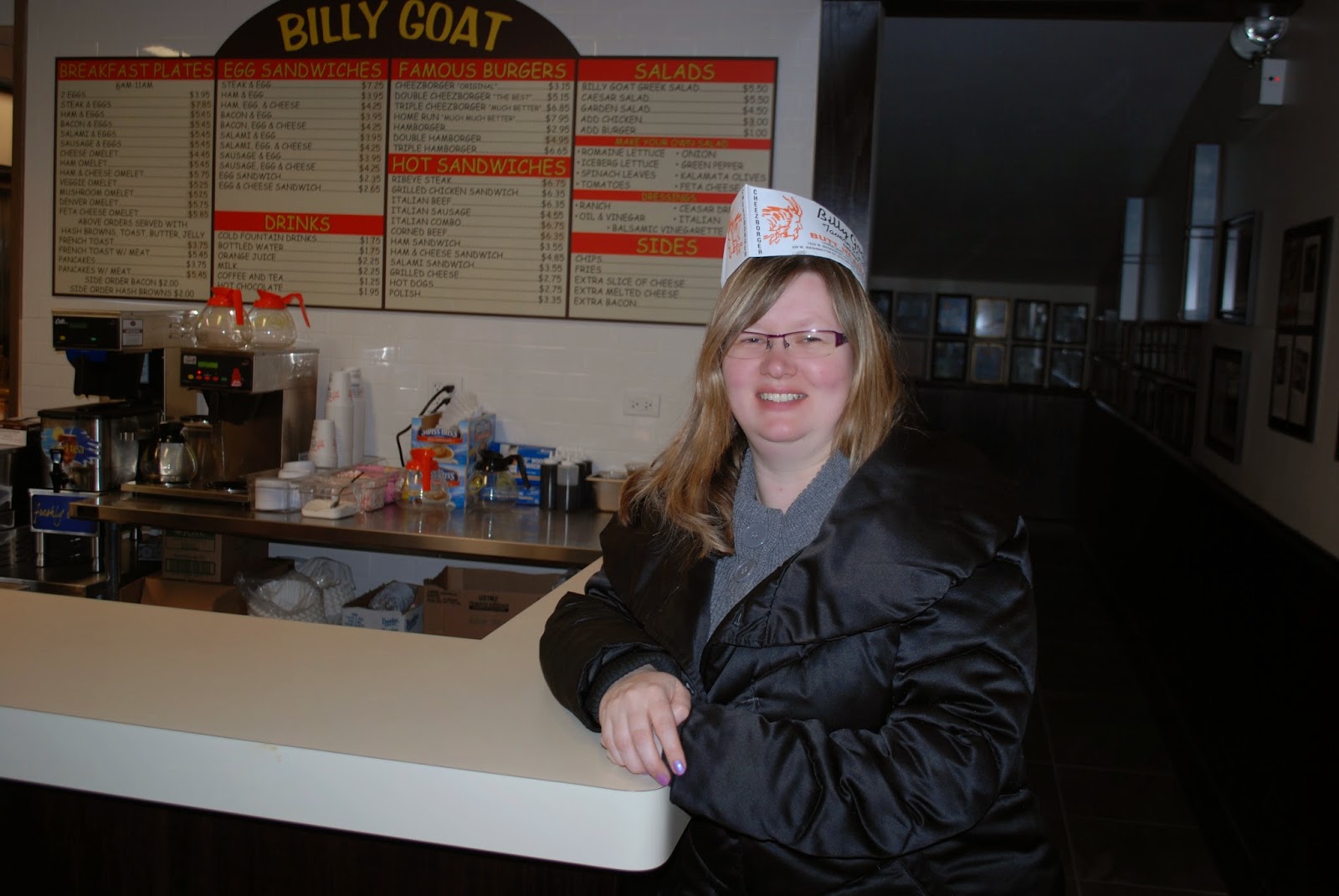 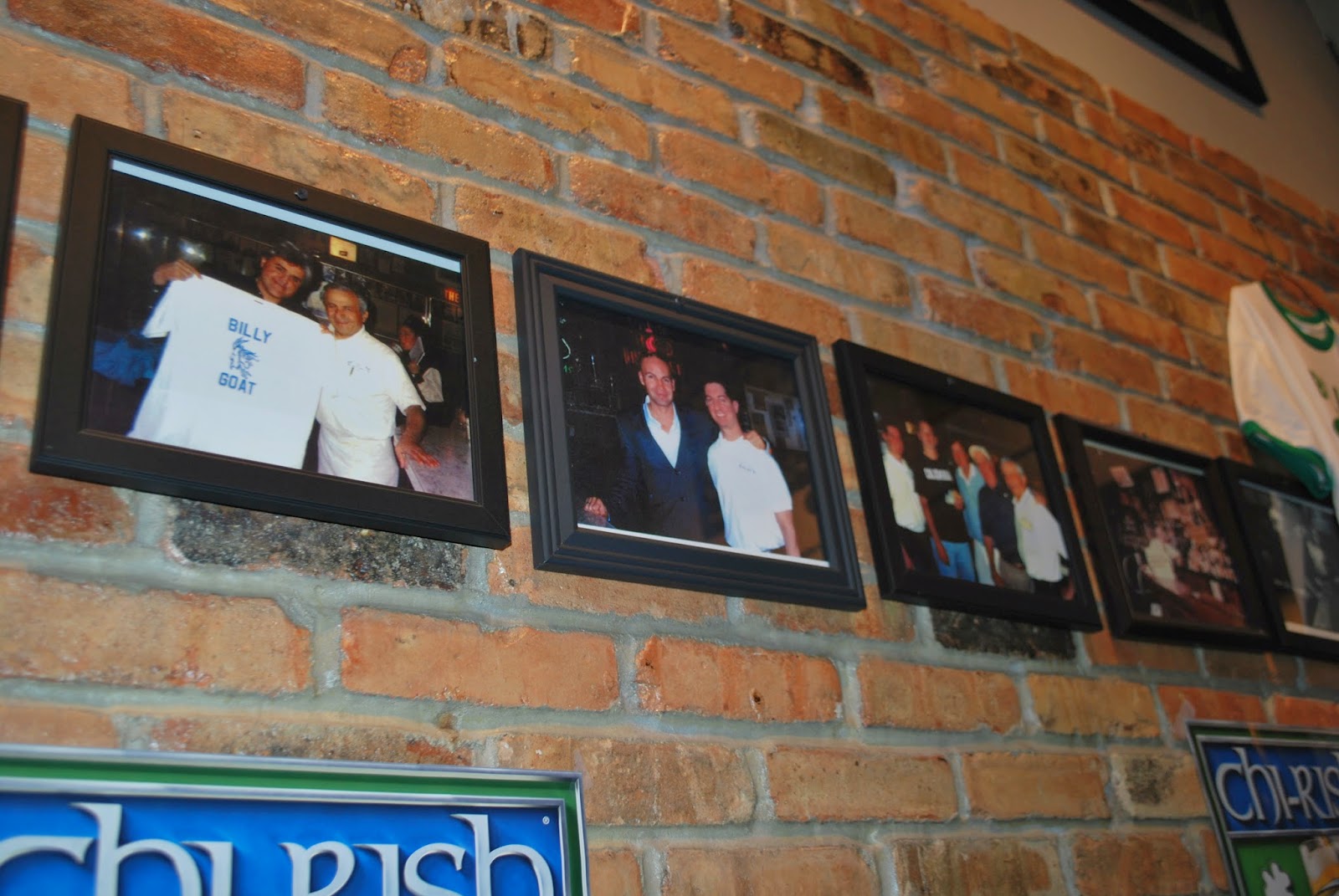 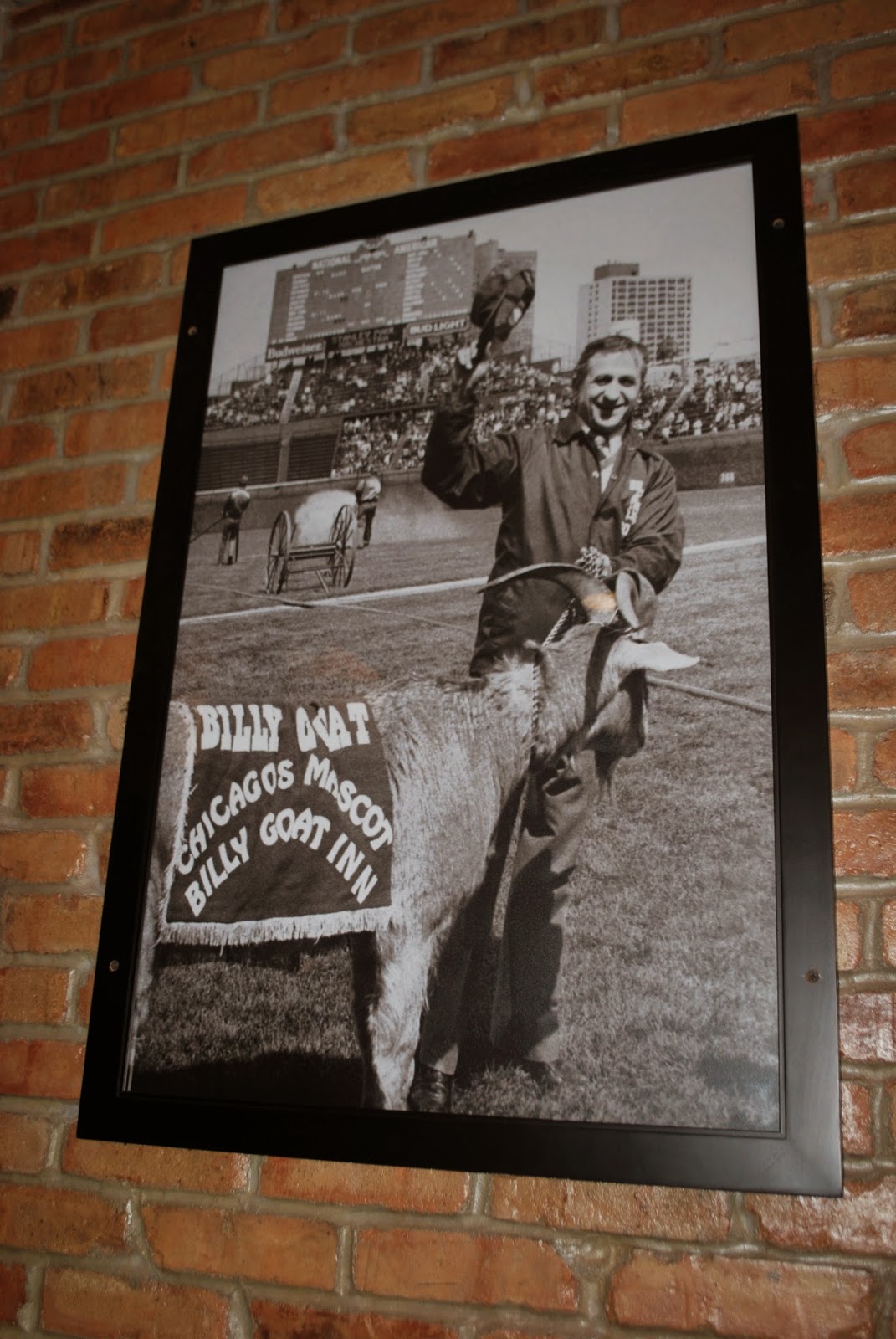