First Annual Brews At The Shoe 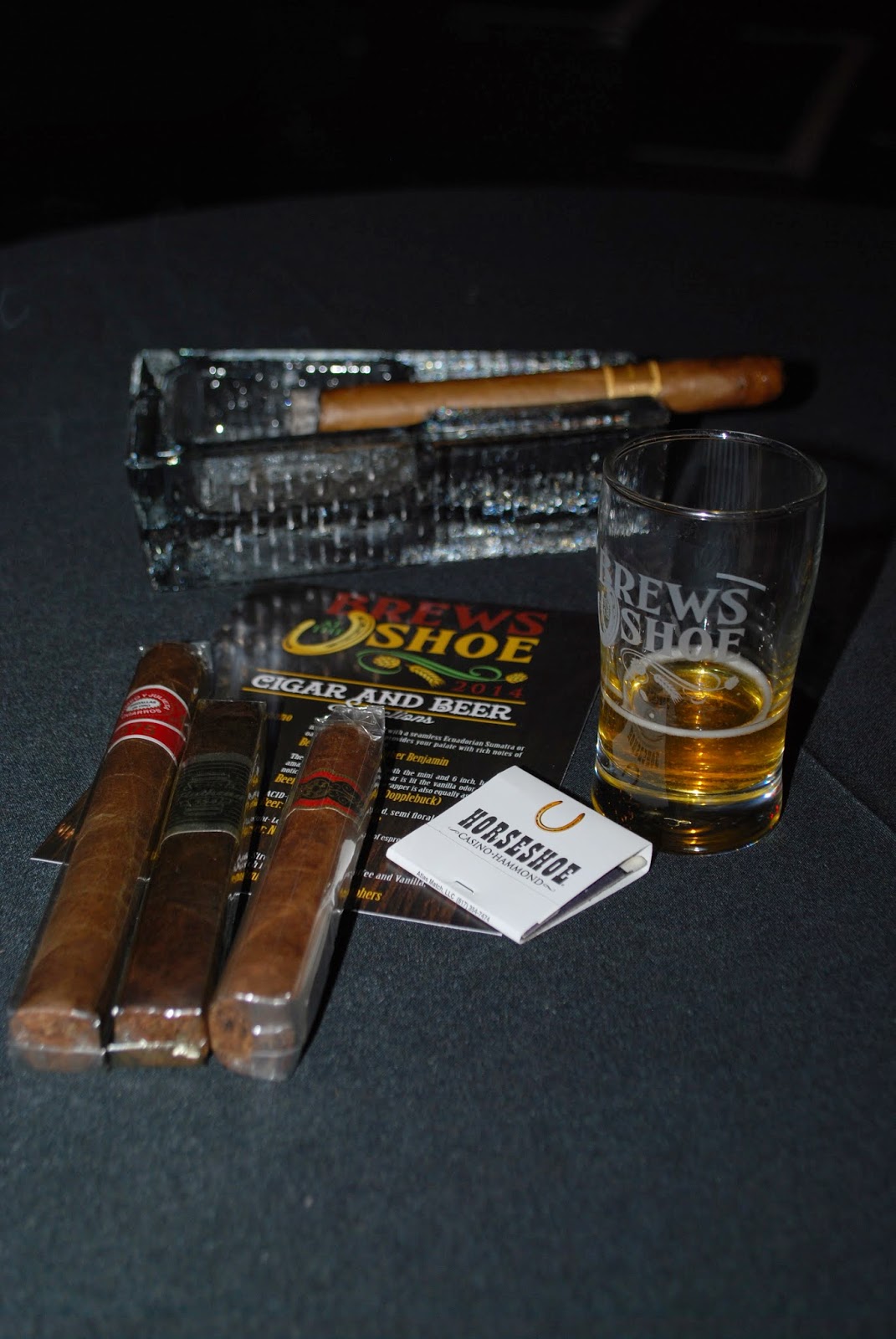 Chicago Foodie Sisters blogger, Kelly, and I had the pleasure of attending the first-ever Brews At The Shoe event at Horseshoe Casino in Hammond over the weekend. The event featured about 40 different vendors with over 150 craft and domestic brews from across the country and even a couple from across the pond. The one-day event drew a large crowd for tastings, cigar and food pairings and entertainment by Maggie Speaks, Chicago's top cover band performing hits from the 80's to current top 40 hits.

Ticketing for the event came in four tiers; from a $37 ticket that included a goodie bag and unlimited sampling to a $170 Brew Master Package with an early VIP hour with cigar pairings, unlimited tastings, access to the luxury suites with hors d'oeuvres and elevated beer options and a food and beer pairing buffet. 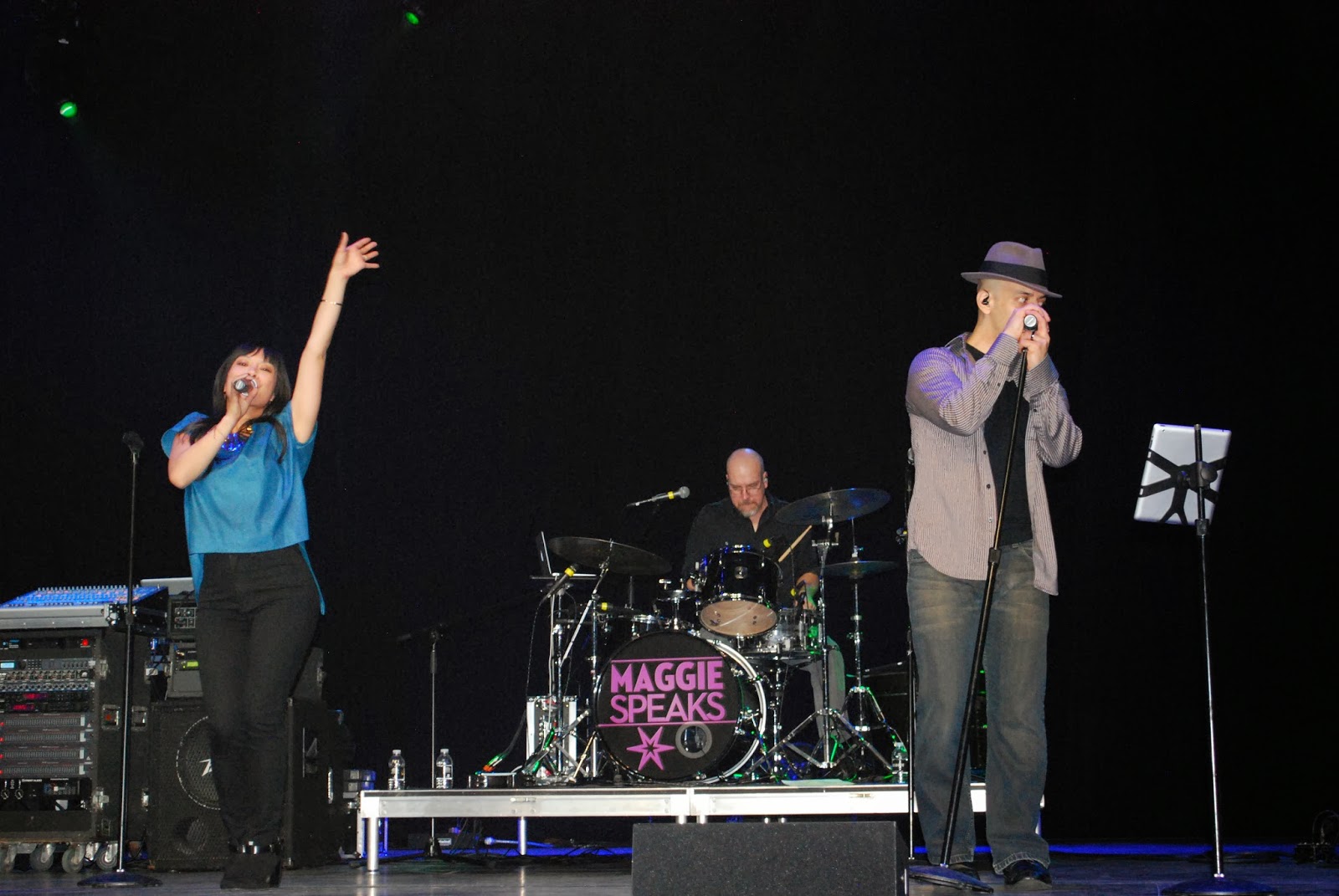 We were allowed early access for the cigar pairing portion where La Gloria Cubano, Kuba Kuba, Horseshoe Private Reserve and others were matched up with beers that included Greenbush Brother Benjamin, Southern Tier 2X One and New Holland Poet. As the hour ended, Maggie Speaks took the stage and the beer was flowing from all around. 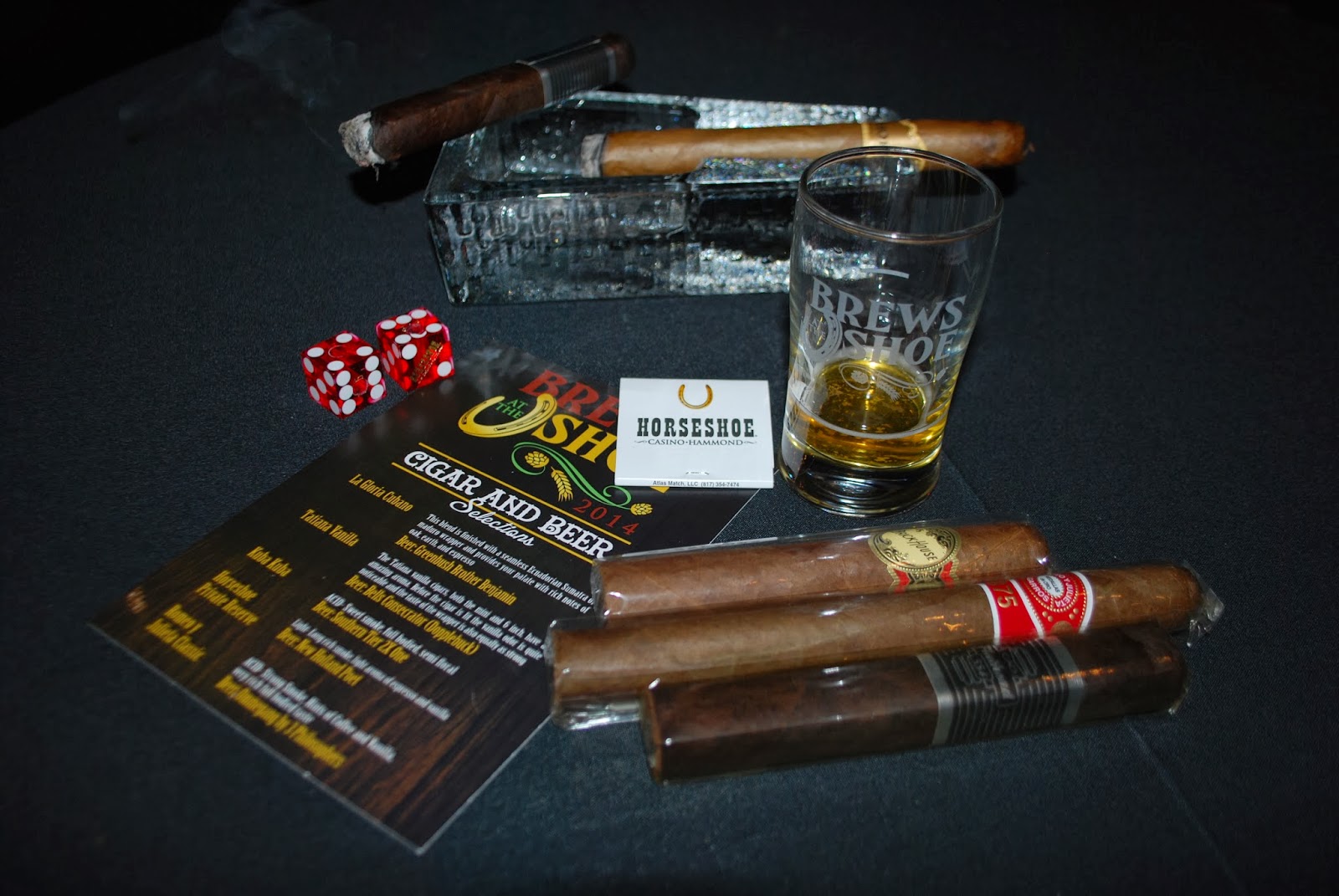 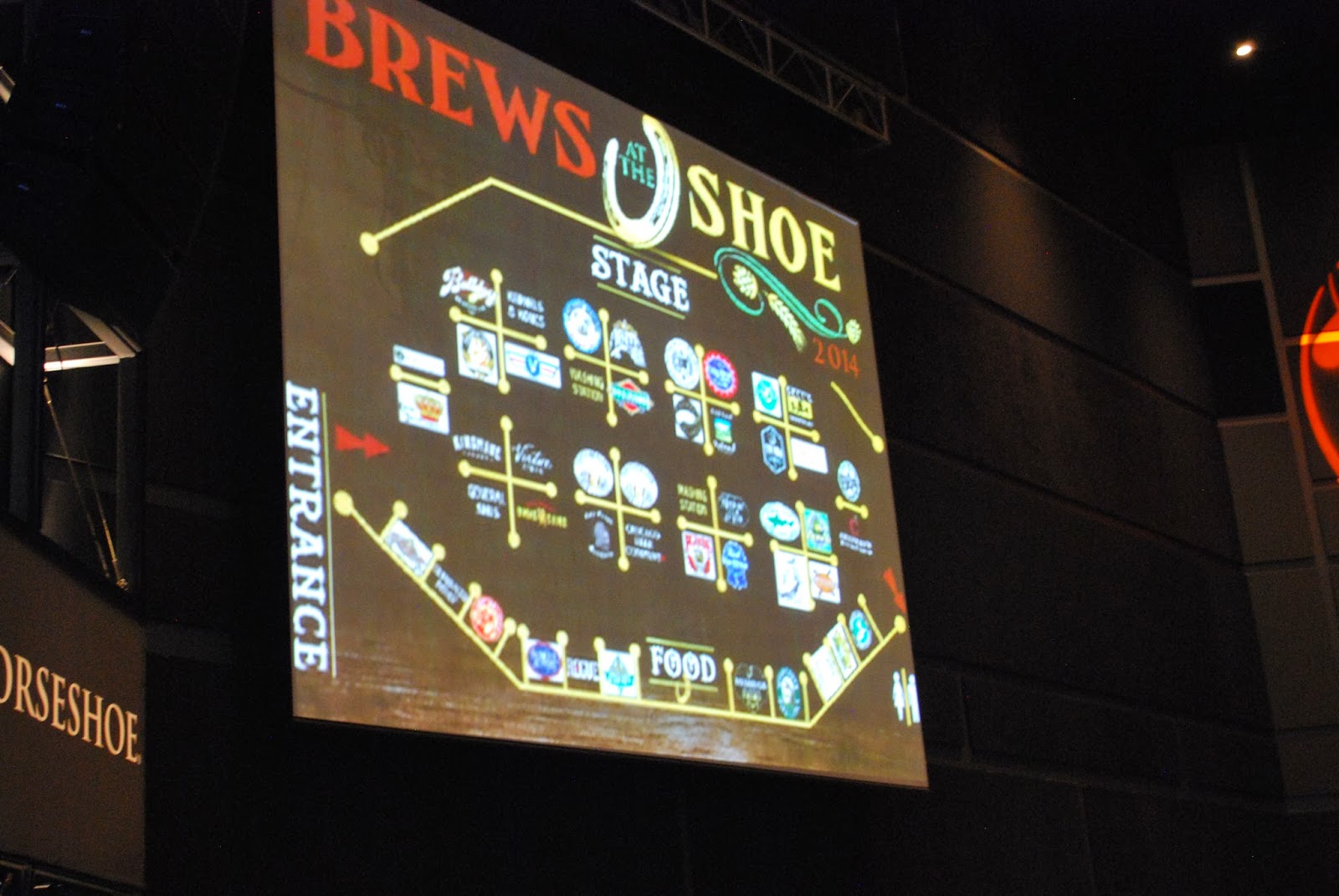 I must say I sadly failed in my quest to sample at least one from each vendor. I did make a good dent, though, hitting about half. There was a vast assortment of brews from throughout the Northwest Indiana Region, Chicagoland and the Midwest. I made a good effort to try several of those I hadn't tried before.

The event took place in The Venue, a nice space for such an event. The map of the layout was shown on large screens as well as in the goodie bags you got as you entered.

As one who isn't big on thick, dark beers, I sampled mostly lighter brews. A few that really stood out: 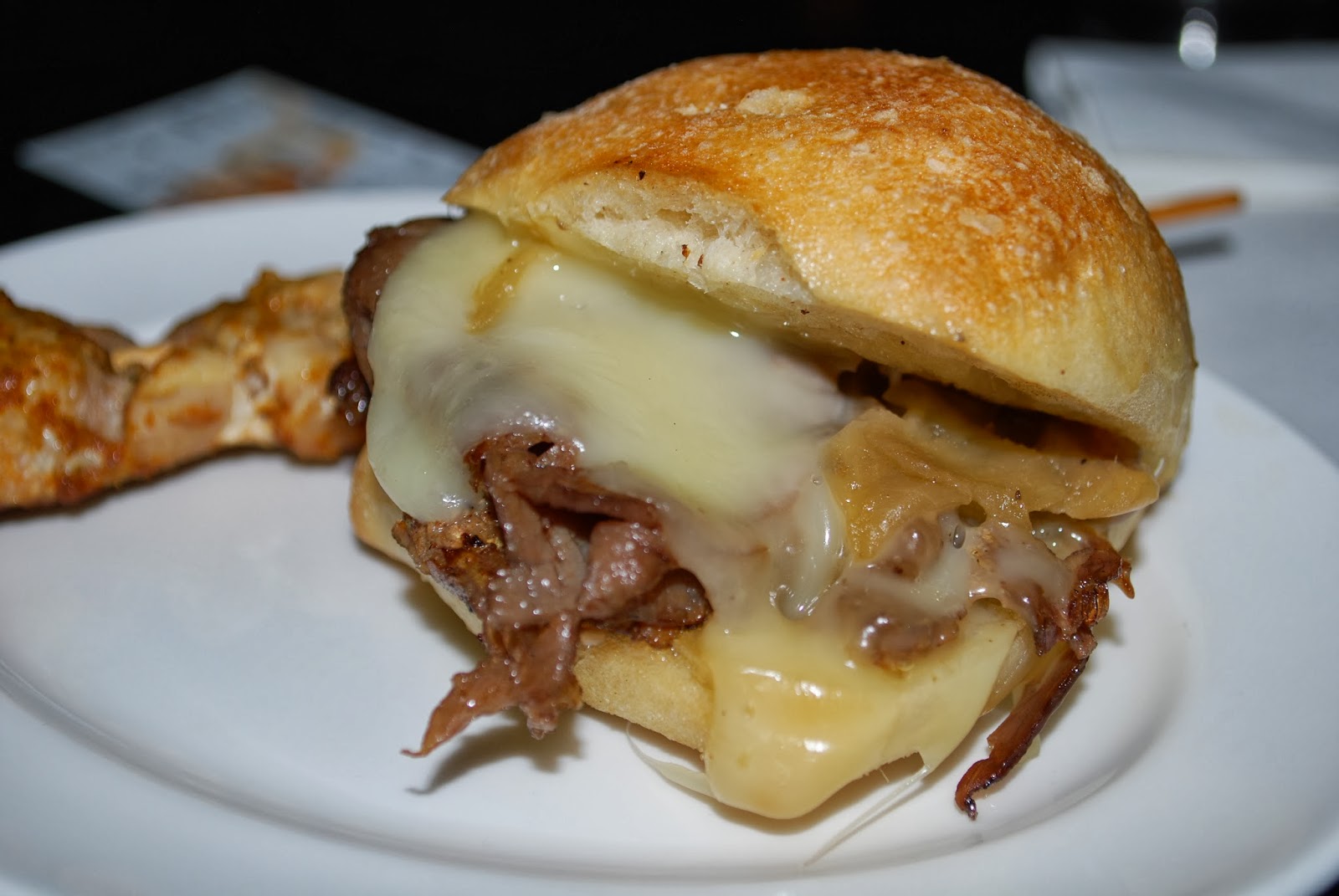 And of course, I was just as interested in the food as the beer. After doing a lot of beer sampling on the main floor, we made our way up to the luxury suite with an appetizer buffet. This mini Philly cheesesteak sandwich was incredible. Had to pace myself as I knew there was an hour coming up where there would be a special menu with beer pairings. 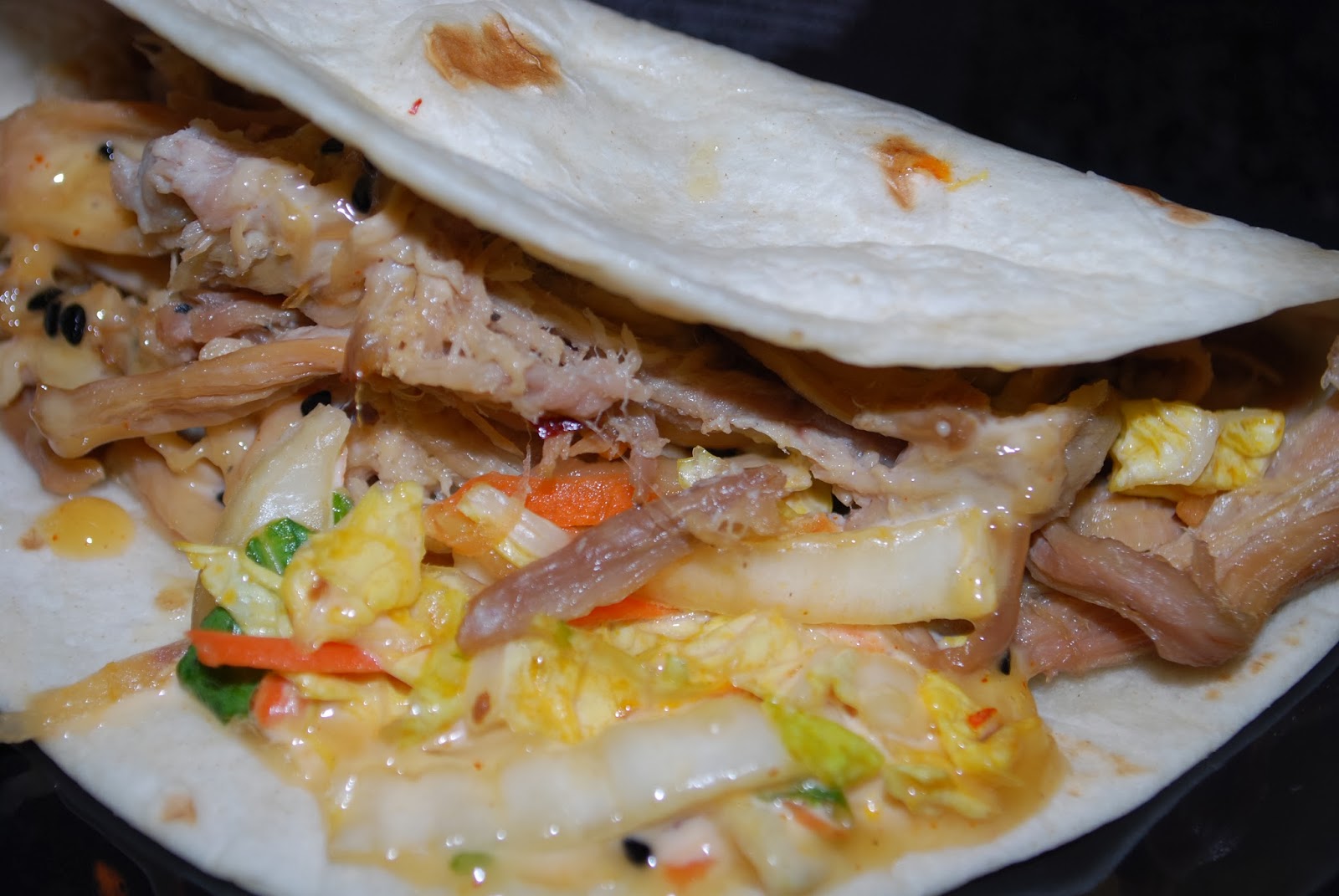 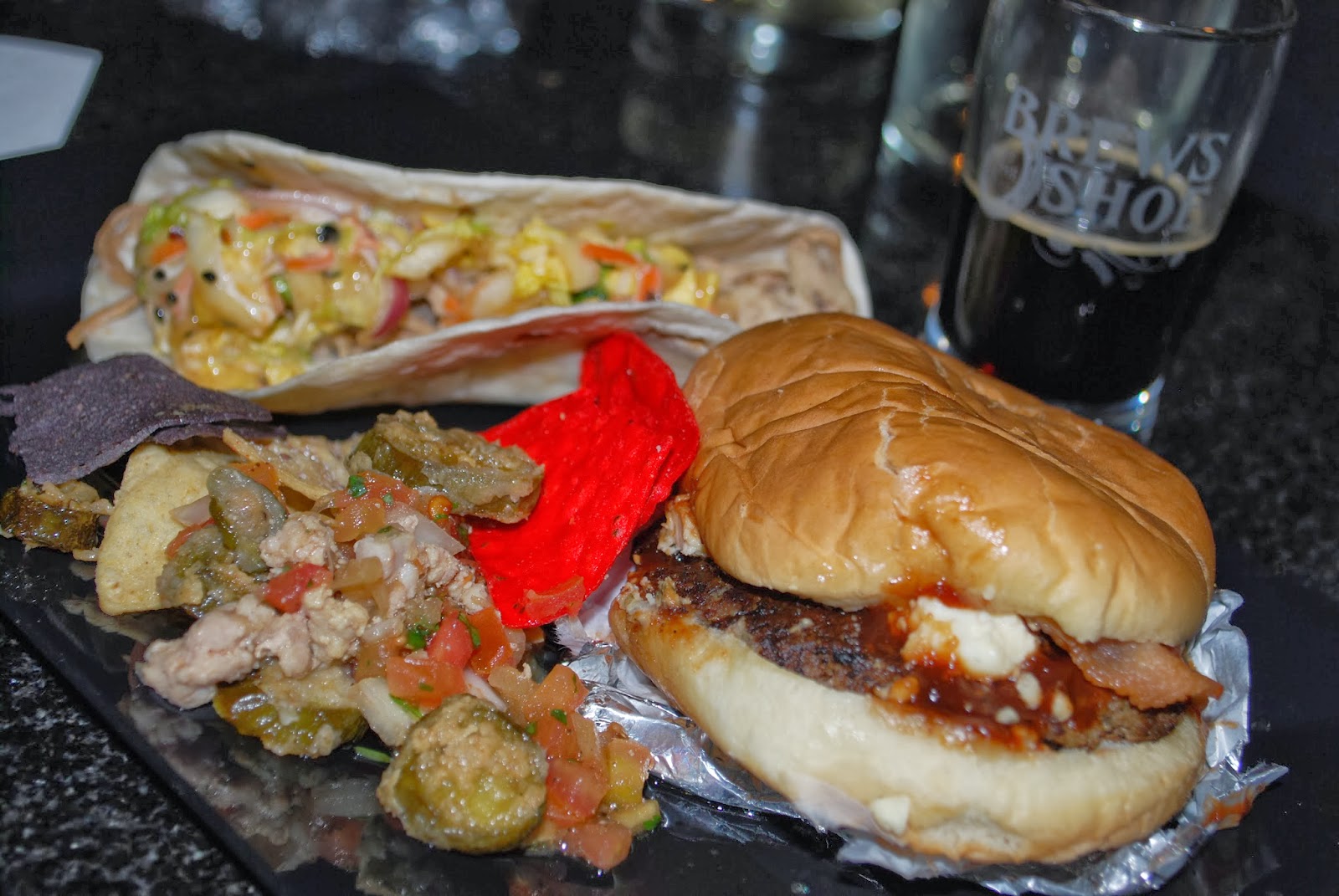 First up on the pairing menu was a BBQ Wagyu Cheesburger with bacon, bleu cheese and barbecue sauce. It was well paired with a beer by Green Flash Brewing Company out of California. The cheeseburger was undoubtedly cardiac arrest on a bun, but it's so good you don't care that you can hear your arteries clogging with each bite. The pork belly tacos include Asian Vegetable Slaw and black sesame sauce paired with Schlafly IPA. Next up was bratwurst nachos with caramelized onions, roast peppers, fried jalapeños and chipotle pico de gallo. I missed out on the beer pairing on this one, but these nachos are the stuff foodie dreams are made of. I'm going to have to take a stab at reproducing this at home. Also with this pairing buffet was parmesan and truffle popcorn and butter and beer glazed pretzels with whole grain mustard and cheese sauce. Those were an absolute perfect pairing for any sample in the place. Beer and pretzels and mustard. What could be better?
A chocolate cookie finished off the food pairings, but we had already found desserts in the luxury suite that included German chocolate cake and chocolate dipped strawberries.

I sincerely hope this becomes even more than an annual event. I could see it being successful twice a year or even quarterly. It was well attended and I'm sure will be more in demand at future events where you'll have to plan to get your tickets well in advance. Several other beer tasting events in the Midwest are quick sellouts and this is well on its way to becoming a favorite of beer aficianados in the area. 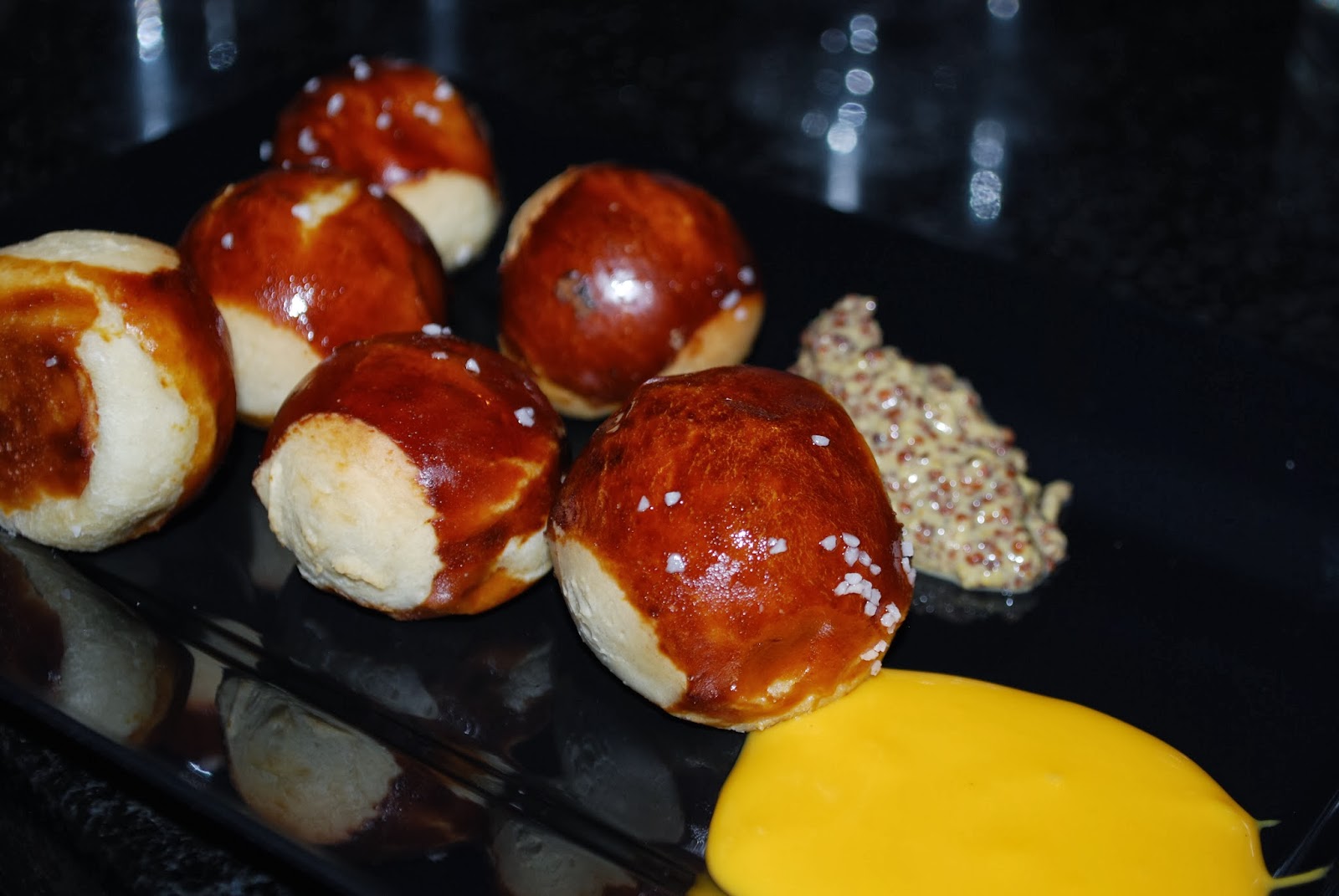 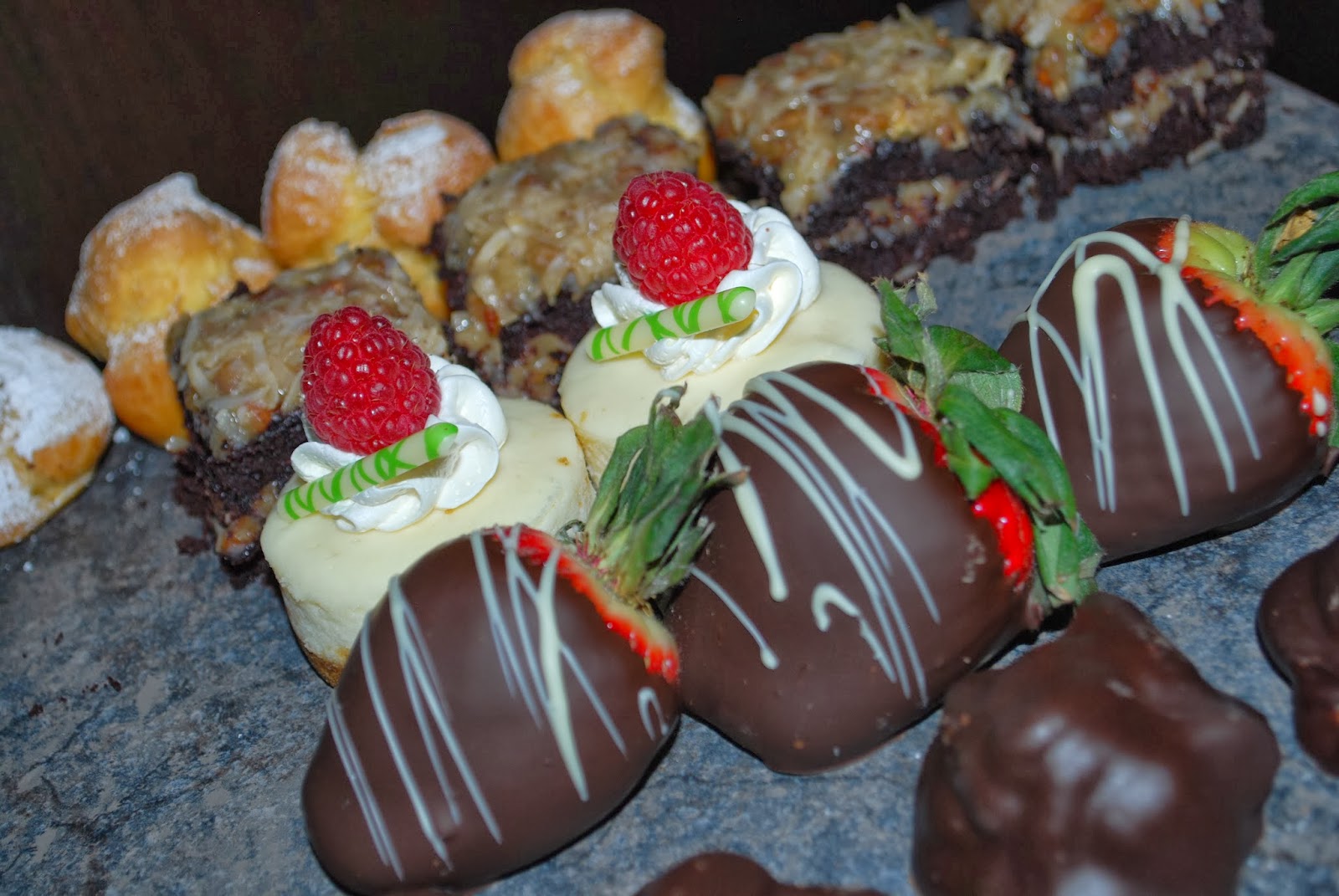 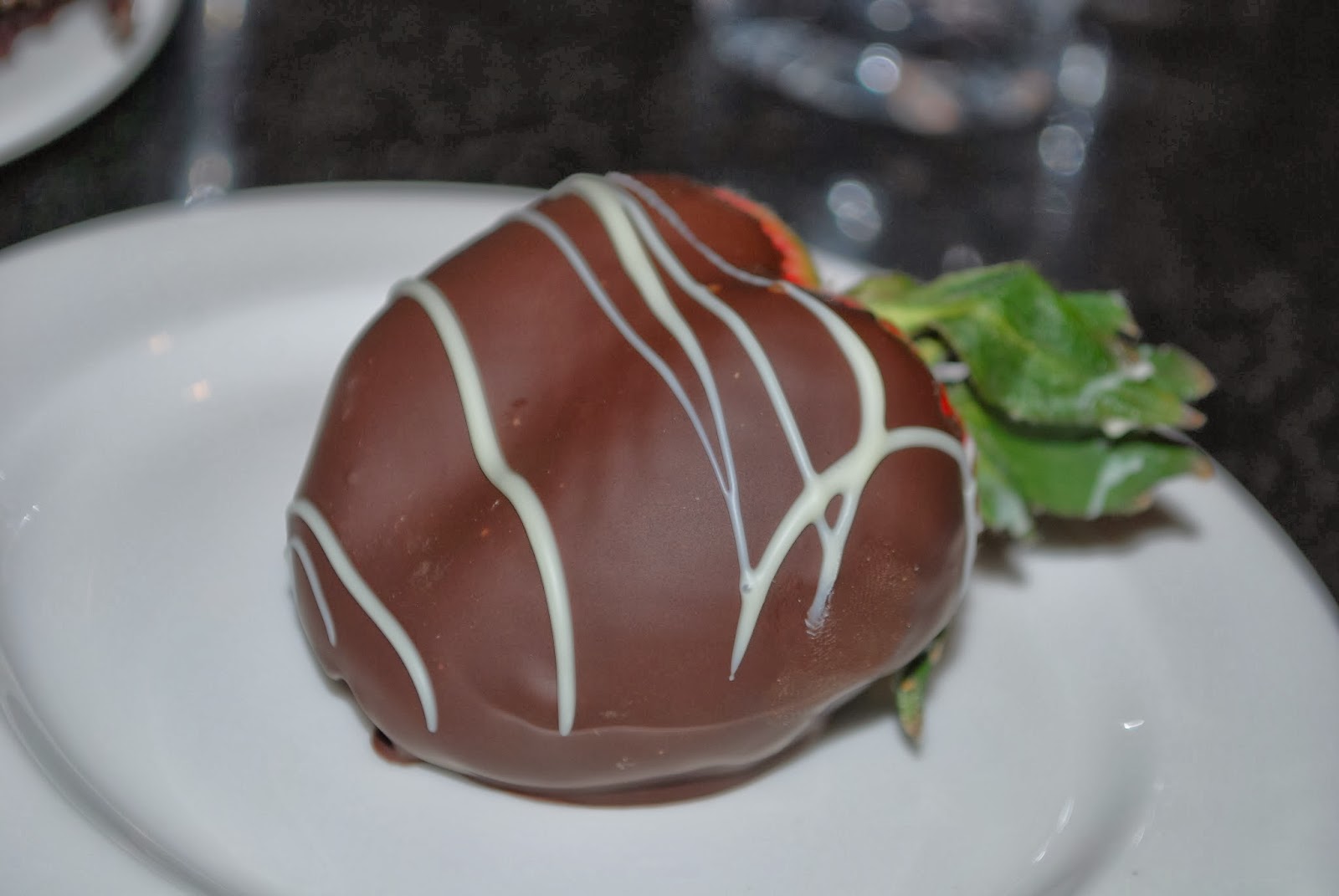 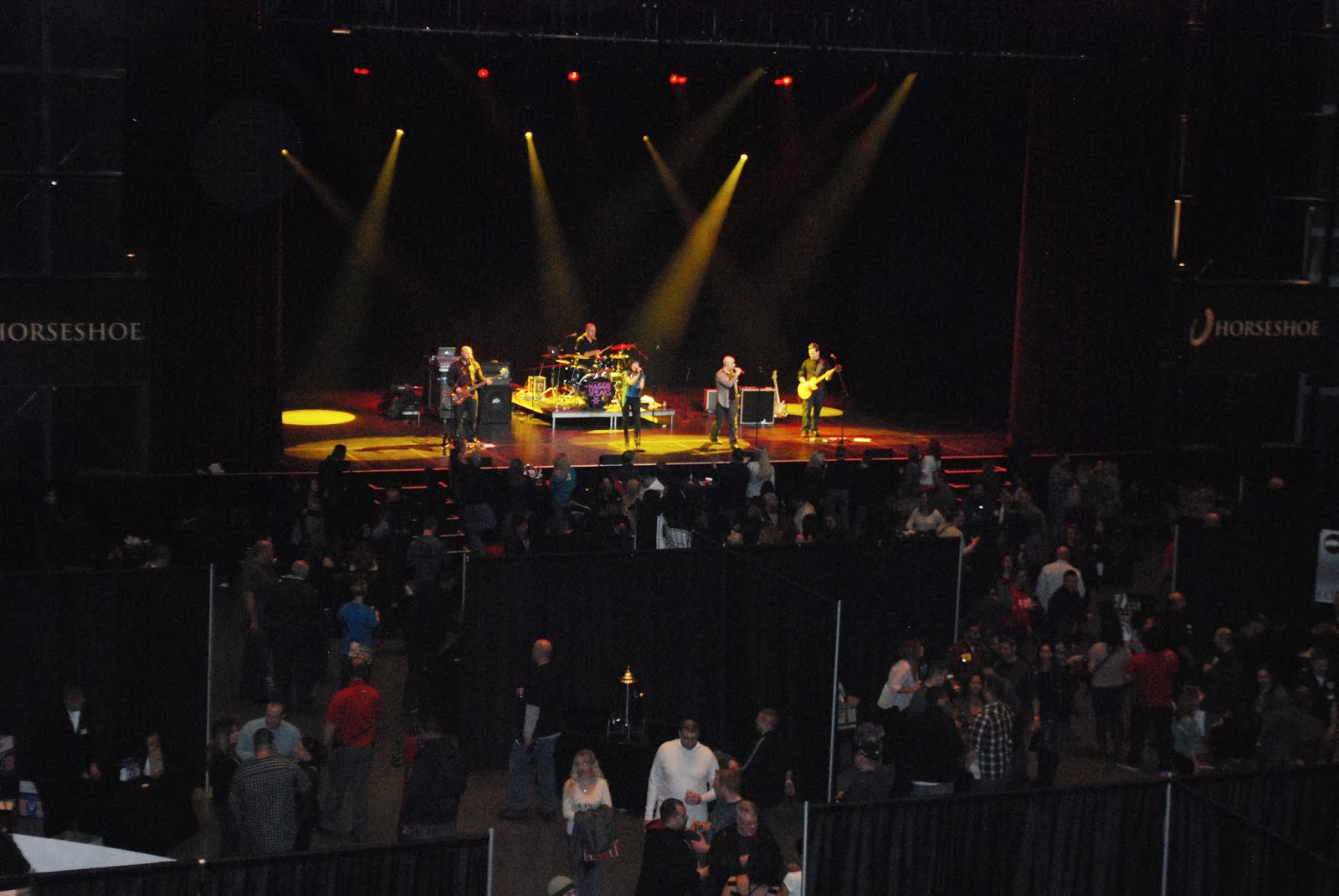 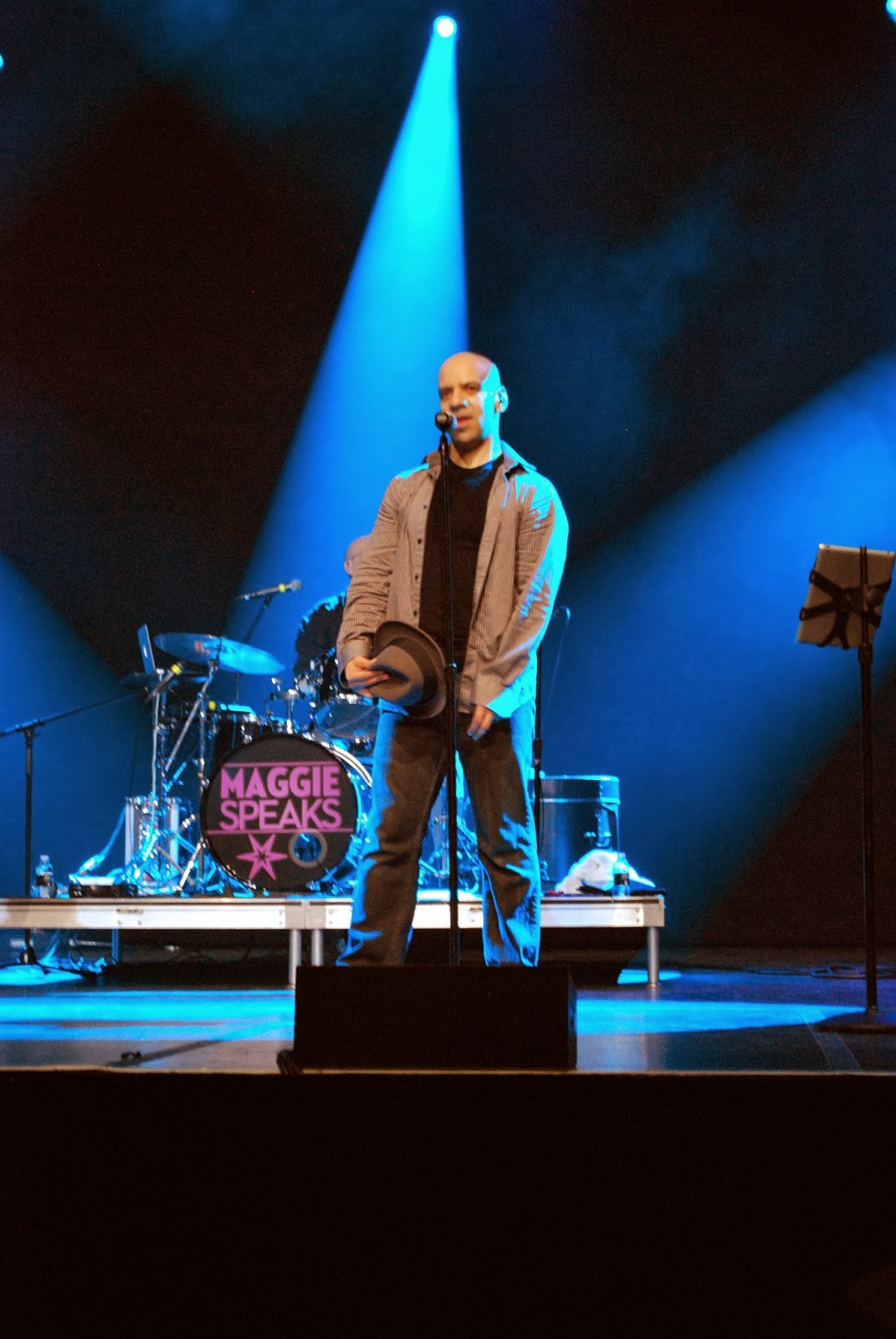