I know I've mentioned Drier's Meat Market on the blog before, but the place is so wonderful, it bears repeating. It's an old-fashioned meat market dating back to the 1870's. Very cool place - sawdust on the floor, and a modest case with a few of their homemade sausages and meats.

One of the big sellers is their bologna, which is a little different than the traditional bologna you'll buy these days. It appears more like a sausage and is a favorite of customers. They also make their own hot dogs, sausages and bratwurst. One of our favorite things is the smoked ham. We always get a pound or so of sliced smoked ham to take home to make sandwiches...although sometimes we munch on it on the way home for a snack. They also have thick sliced bacon that is insanely good!!! I believe it's freshly made there with pork from a local farmer. 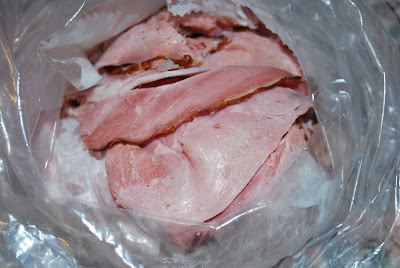 To go along with that delicious ham, I love to get their mustard made with fresh horseradish. I haven't found any mustard anywhere else that I like as much as Drier's mustard. Unfortunately, it's about an hour drive to get there, so when we run low, I can't just zip over there for a jar...but we do tend to make it up to that area at least every two or three months and more often in the summer, so we rarely run out. 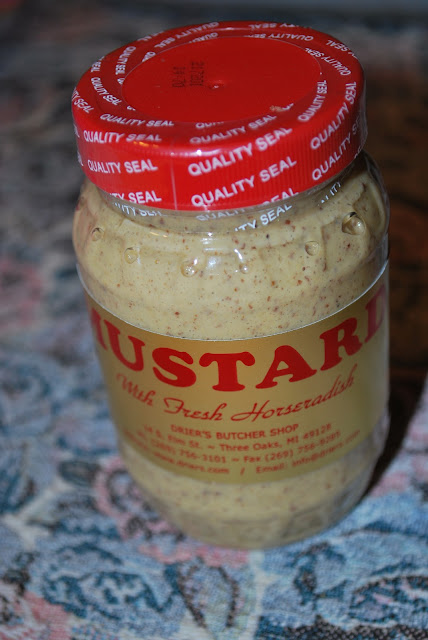 If you happen to find your self driving through southwest Michigan, take a little side trip of I-80/94 to pick up some goodies at Drier's. It's one of those gems, family owned and operated, with a great history that you just don't come along too often.