For a long, long time I had been driving by this little spot in the corner of the lot at the northwest corner of Route 30 and Hart Street in Dyer, IN (just across the street from the hospital.) The place is called "Produce Depot." I wasn't sure a place like that would survive. Although it's at a busy intersection, it's not extremely noticeable. And I figured most people probably buy their produce at a grocery store or maybe a farm stand (although there aren't too many around anymore) or during summer months at a Farmer's Market.

However, I stopped in recently and realized why it's stuck around. It's not just the run of the mill fruits and veggies. The place is full of organic veggies and fruits, including some not so common ones. 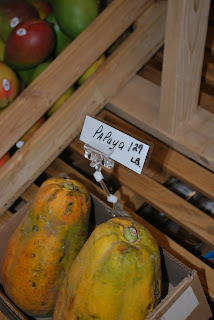 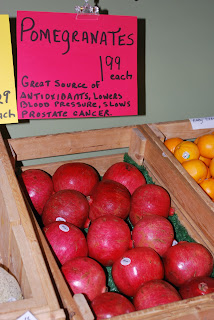 The bins are just bursting with color. Everything is fresh and gorgeous! 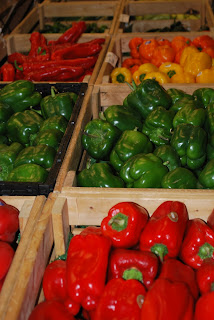 One of the things I like most about the place is the walk in cooler with lots of fresh herbs. Fresh herbs make such a difference in dishes. I don't know what I'm doing wrong, but I've tried to grow herbs in pots on my kitchen counter and they just don't grow. And at my local grocery store, there isn't much as far as fresh herbs. The last time I bought fresh basil and my local grocery store, it literally crumbled when I opened it. It was so brittle and dry and I ended up throwing it in the garbage after paying about $4 for a package with maybe half a dozen basil leaves. At Produce Depot, I get a whole bag of fresh basil for 99 cents and it comes right out of the cooler fresh and ready to use. I love it! Homemade pizza is just so much better with a bit of fresh basil on top! And I love grabbing fresh cilantro to make salsa or throw on top of tacos. I'm even enjoying it as a topping on hamburgers and sandwiches. Her'es a peek inside the cooler. 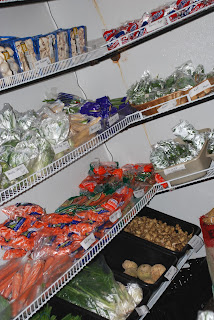 There's also a sizable rack with lots of ground spices...pretty much any standard kitchen spice and a few that were new to me, too. 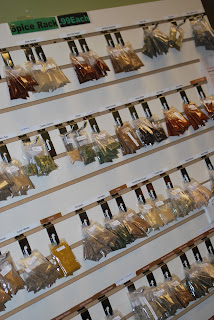 I also noticed on my last visit that they have a little deli counter where you can order a sandwich or soup. From what I've read on the Facebook page, the soups have gotten great reviews. I haven't had a chance to try them out yet, but plan to next time I'm over that way. 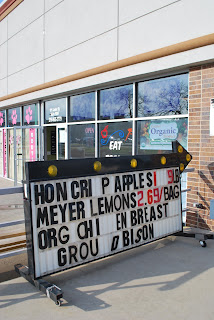 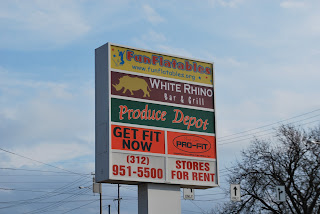