My son had some friends over and I had just taken a pan of brownies out of the oven, so I decided to make warm brownie sundaes. Some of the toppings included hot fudge, sprinkles, caramel syrup, chocolate syrup, cherries, peanuts and cinnamon pecans. 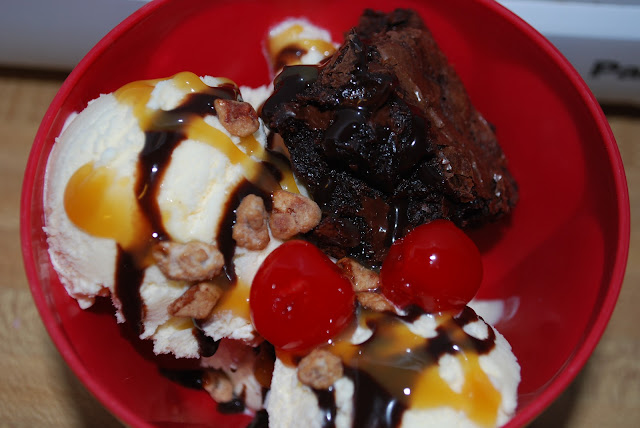 I made mine with chocolate syrup, caramel syrup, a couple of cherries and some cinnamon pecans. I noticed these cinnamon pecans as I was shopping recently and figured I'd give them a try. Wow! They are so good! I really could sit and eat them right out of the can. :) 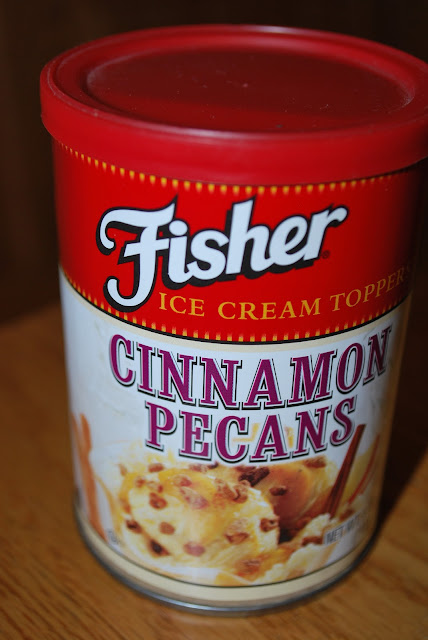