Last weekend we planned on doing our traditional trip for our Christmas tree, which we usually picked up at a local place in (or maybe just outside of) Munster, Indiana. That gets followed up by a stop for dinner with the kids at Texas Corral, which is one of their favorite eateries. They enjoy being able to eat peanuts and drop their shells wherever they wish.

Well, earlier in the day I was driving by our tree spot and the sign wasn't out. I pulled in and found that there were no trees, so we started hunting for a place for a tree. As I was researching trees spots, hubby sent me a text: "We are eating at Bennett-Curtis House tonight!"

I thought maybe there was a Christmas party scheduled that I didn't know for work or something, but that wasn't the case. He was scanning the paper and saw an ad for the Bennett-Curtis House, an 18-room mansion in Grant Park, Illinois. It's a place I've been wanting to visit for years, but when it came to taking the whole family, initially I resisted. I thought it should be a date night rather than a family night, especially when I viewed the online menu and there was no kids' menu. But, as he pointed out, the kids do like to dress up and go out for a nice dinner. Our Christmas tree dinner is just once a year, after all. So, I made a reservation and off we went.

The appetizers were quite good and the cream of vegetable soup is the best thing I've eaten lately. Photos of that are on another device, so I'll have to post them separately. Five of the seven of us got steaks. My boys are all big carnivores. I had the New York strip with a twice baked potato and veggies. The steak was cooked perfectly and the twice baked potato was scrumptious! 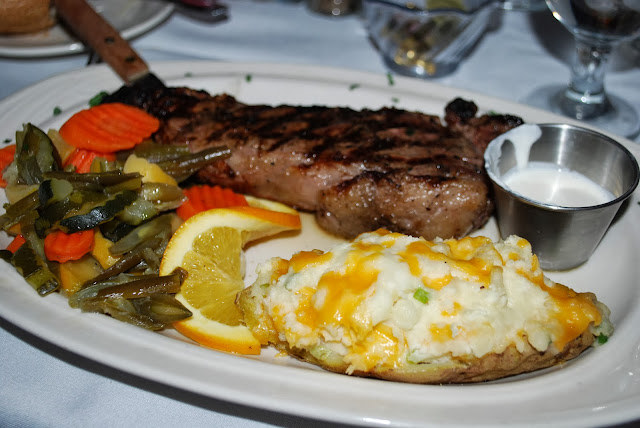 Hubby got the stuffed shrimp. 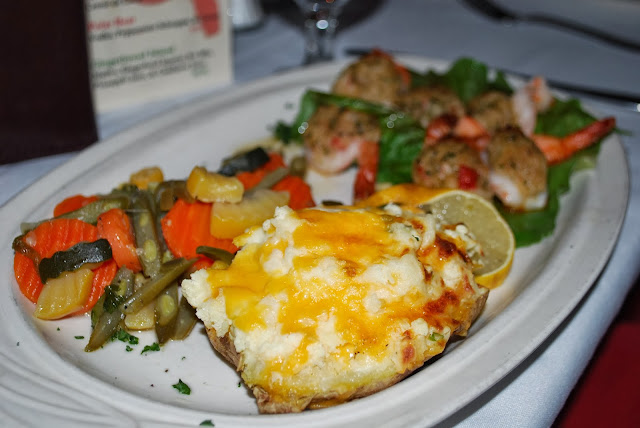 One of the boys got the Porterhouse Pork Chop. 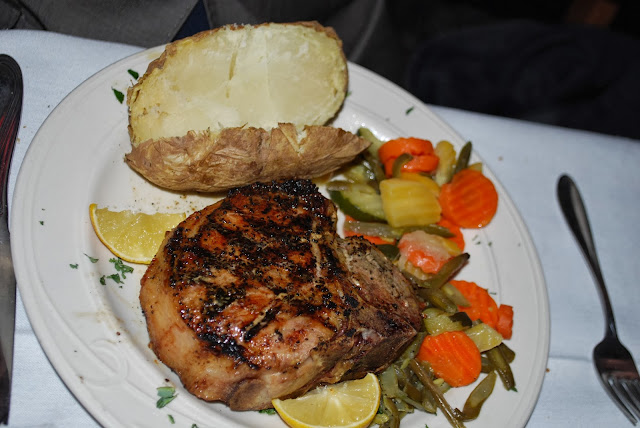 A couple of the boys got the Ribeye with mushrooms. 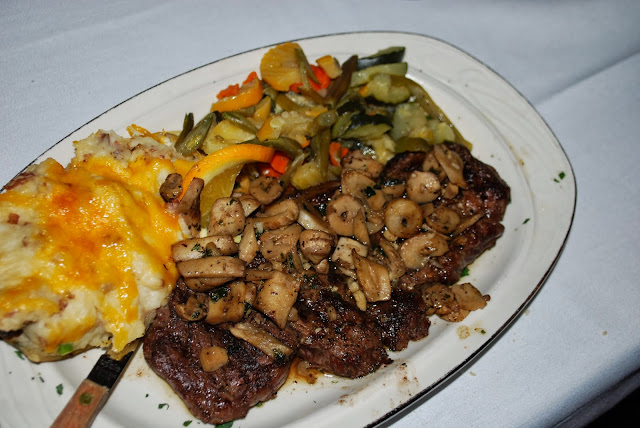 My youngest was more than happy to get a steak - and he finished off the whole 10 oz. New York Strip. 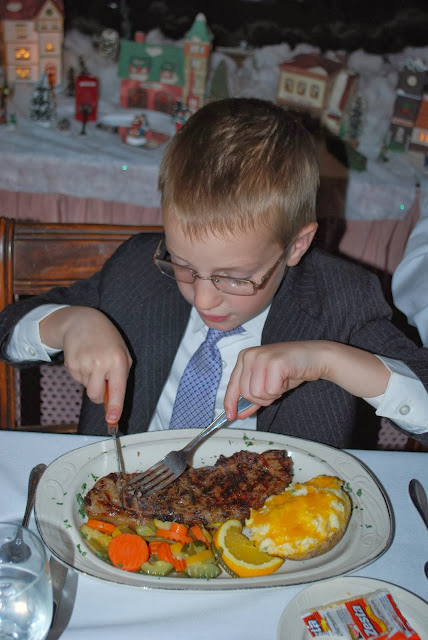 I was way too stuffed for dessert, but a couple of the boys managed to leave room for some Triple Chocolate Cheesecake. 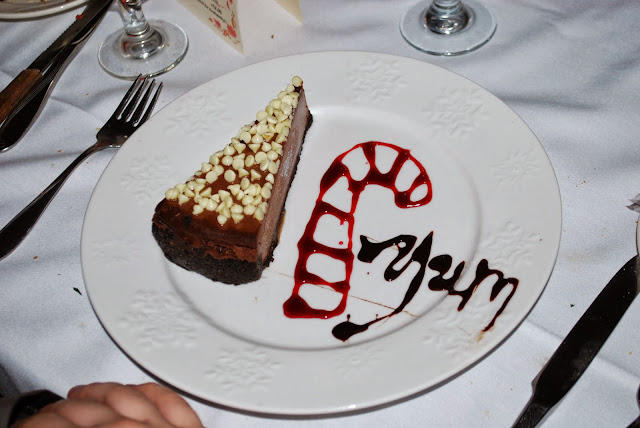 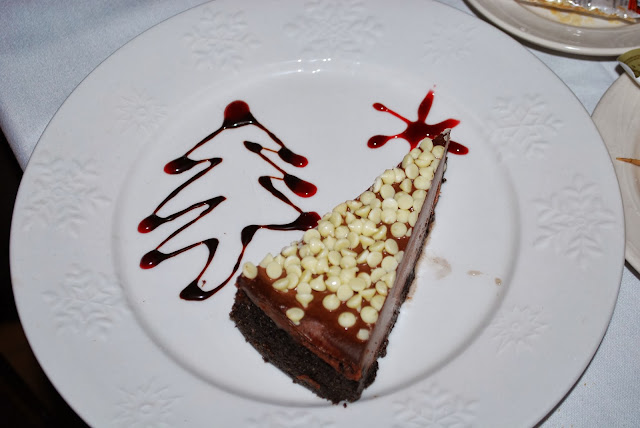 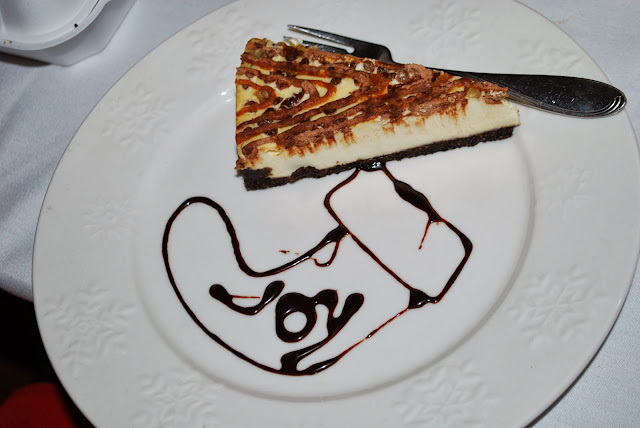 The whole gang had a good time. 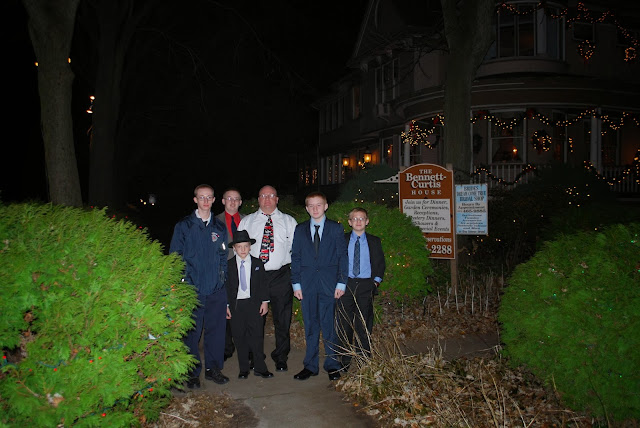 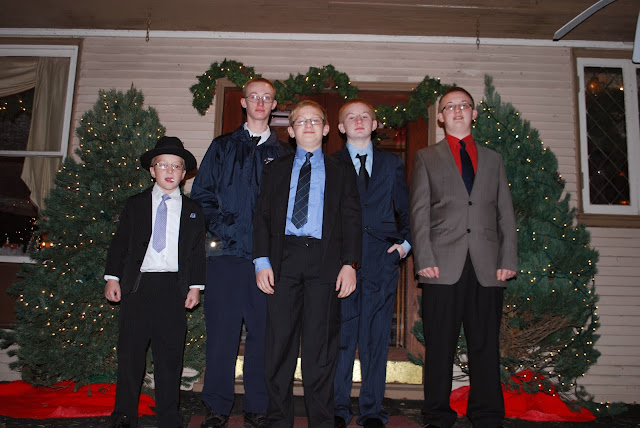 The venue is a popular wedding spot and there was a wedding going on as we ate, so we were bouncing in our seats to the DJ's tunes - resisting the urge to go crash it. There are several special events each year, including murder mystery dinners, which sound like they are a blast. For more information, visit www.bennettcurtis.com.