On a recent trip to Whiting, In for work, I took along two of my boys who were anxious to hit a new spot and see what they could find in the way of Pokestops. So, after my work was done and we stopped for lunch, I suggested a visit to the lakefront since we were so, so close. 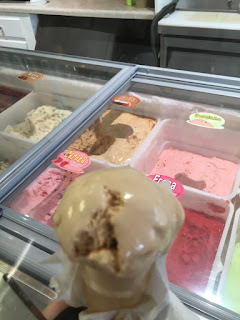 Whihala Beach has seen a major transformation over the past couple years and a lot of lakefront that used to be inaccessible as there was a lot of ill-maintained gravel and weeds in the way of the water has now been renovated to a beautiful lakefront park. At the end of the park Whihala Beach still greets visitors to hang out in the sand in the shadow of NWI's industrial area with the Chicago skyline off in the distance. It really is a beautiful spot and a gem in the NWI region and if you haven't seen the new look of Whiting's lakefront, get yourself over there before summer is over and check it out!

So, let me back up and say that on the way to the beach I spotted Whihala Ice Cream, which I have never been to before. When I offered the kids ice cream, I knew it was a rhetorical question and my kids are never been known to turn down ice cream.

When I walked in I was greeted with such a cool surprise. I was expecting a run-of-the-mill spot with scoops of standard flavors, but we stepped into an amazing little cultural foodie haven. The Mexican-owned business was loaded with treats that are all hand-made and fresh in an array of common and unfamiliar flavors.  Having been introduced to cajeta last year by a friend, from Mexico, I knew I couldn't pass it up. It. Was. Amazing. There was also a freezer full of fruity pops that looked so enticing on that very hot summer day. 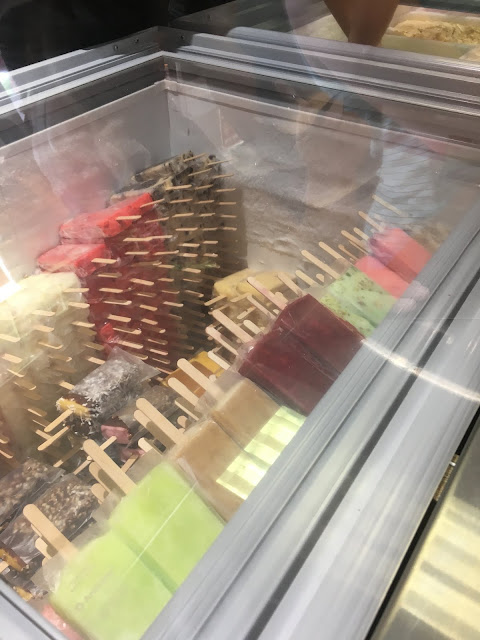 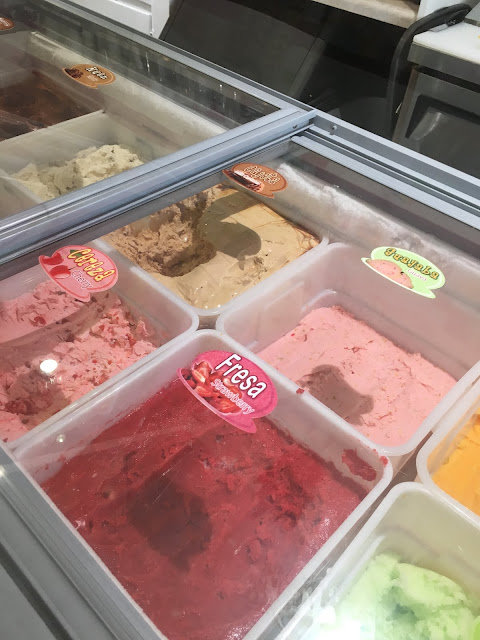 The boys were not very happy about having a picture taken, but they were very happy with their ice cream and it will definitely be my go-to spot for a summer treat whenever I hit the beach.

Oh, and super big bonus - they have elote. ELOTE!!!! I have been looking for a place in the area to get some. Had a not just eaten a full lunch, I would have been all over that. But...now I have a good reason to return. 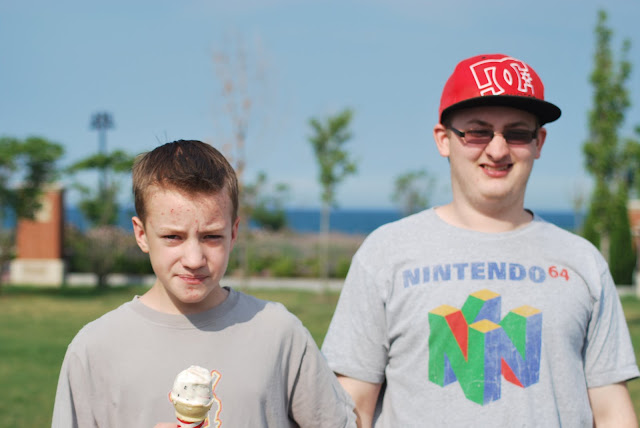 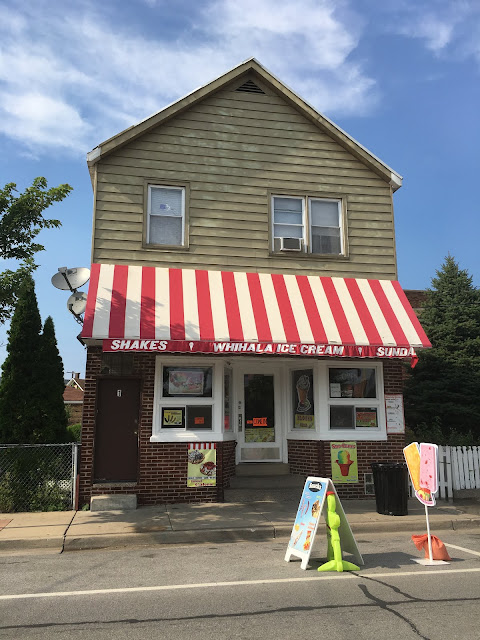