So, my son recently had his Blue and Gold Dinner for Cub Scouts. He's a tiger scout and it was his first year getting to make a cake. For a few years, he's watched his big brothers make cakes for the competitions and one brought home a trophy one year. The theme was "monsters" this year and after much contemplation, he said he wanted to make a cake of a mummy in a coffin. He did the baking. And he came up with the design. Mom helped with the placement and spreading the frosting. 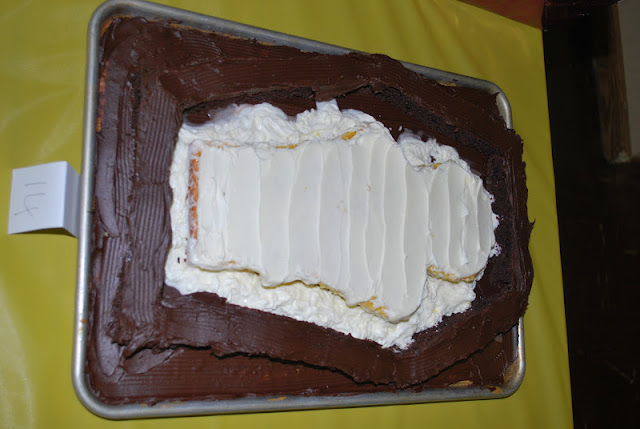 He was very proud of it. Here he is making his monster face. :) 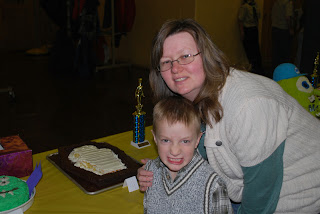 A couple years ago when the Winter Olympics were taking place in Canada, that was the theme. One of the boys made a cake of a ski hill with the Canadian coastline. Betcha didn't know they had gummi fish, octopus, penguins, dolphins, black bear and brown bear there. :) 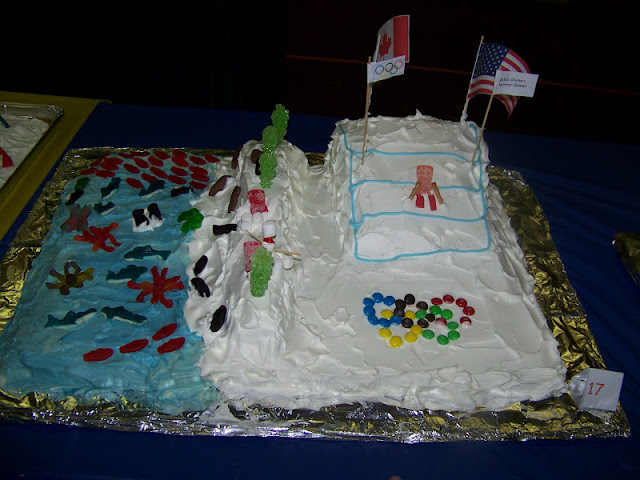 And...Mom had some influence on this one. Shaun White is like my very favorite athlete, so we did a half-pipe with Shaun White's Head on a Sour Patch Kid riding a Fruit by the Foot snowboard. :) 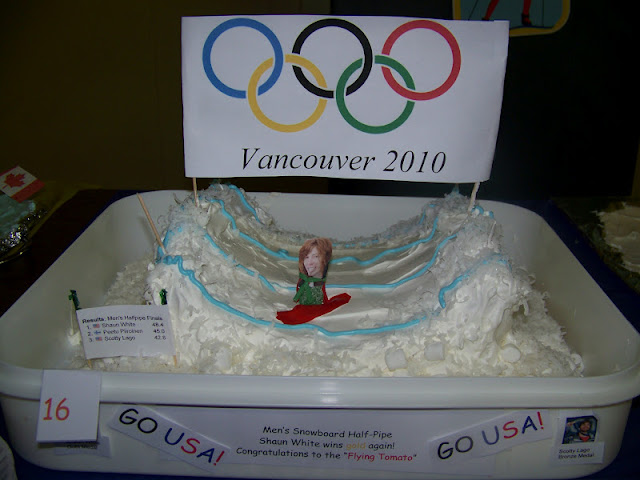 Another of the boys made this monster of a cake with flags of a bunch of different countries participating in the Winter Games. We went through 8 cake mixes and 11 tubs of cook whip making the cakes that year! 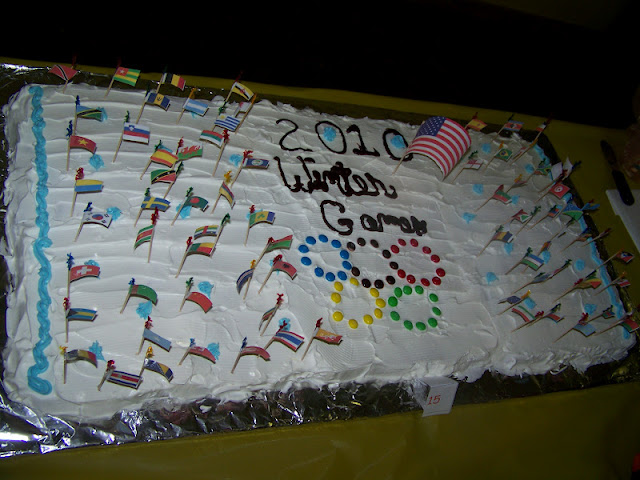 Then last year, the theme was "Italy" and my son made a Mt Vesuvious volcano cake. :) 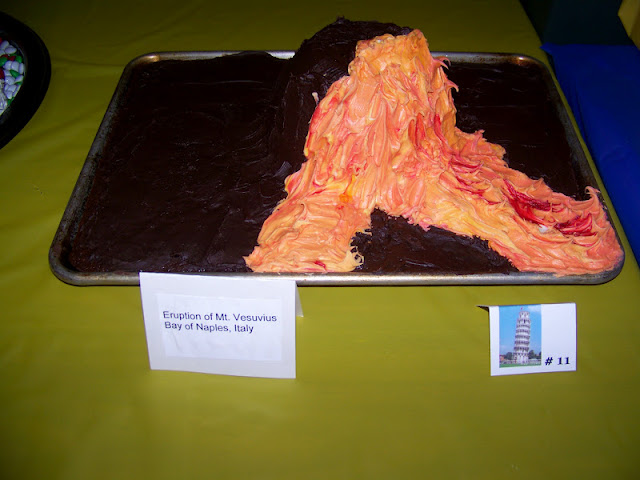 The other boy took a simplier approach - Mario and Luigi. :) 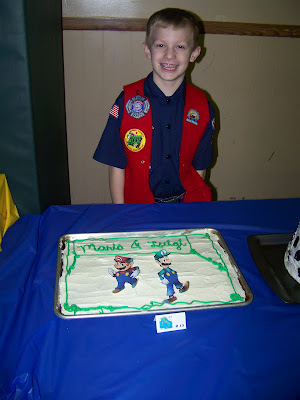 And how much do they like cake? Here's that same boy on his first birthday - 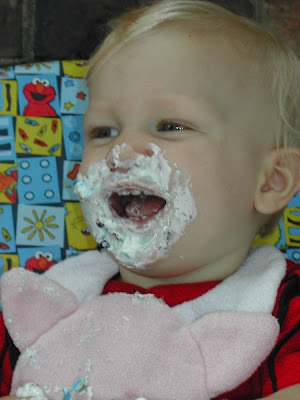