Foodie sister Becky, who has a little boy that just turned 2, is expecting her second baby next month. So we had a little shower for her yesterday at Timbrook Kitchens in Munster, Indiana. I just love this little cafe and I make frequent visits there for the breakfast pies, scones, buckles, savory and sweet pies, soups and salads. It is also close to our mom's place and we really wanted her to be able to be there. Since the cafe closes at 2 on Sundays, the owner, Chris, let us come in for a private party after hours.

With it being baby #2, we kept it all casual. We skipped the decorations and games. It was all about the girls getting together, the food and buying Becky some pink stuff. :)

So, we started off with this salad that I love. It was mixed greens with avocado, grape tomatoes, gorgonzola and crunchy onions served with a raspberry vinaigrette. One time I ordered it, there was also bacon...and you know what they say about bacon, it makes everything better. 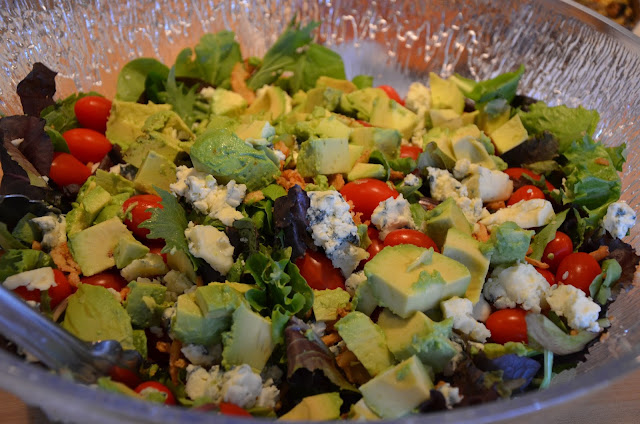 Next were some quiches and savory pies.

These little quiches are also called breakfast pies. They usually have a hash brown crust, but lately there have been a few with sweet potato crust, too. One had mushrooms and gouda and the other had bacon and cheddar. I just love these little things. When I stop in I always get an extra one to warm up the next day. 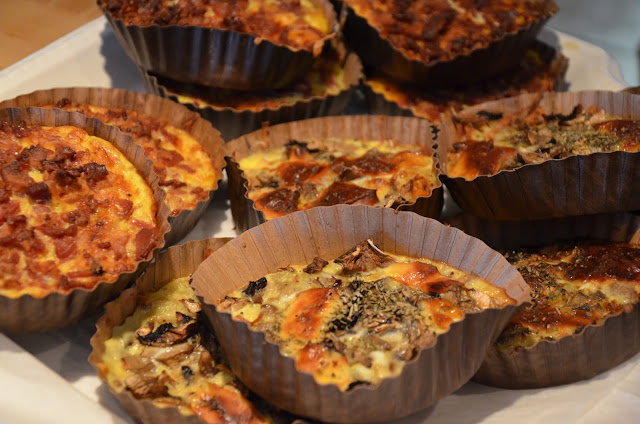 We also had some ham and cheese croissant sandwiches. 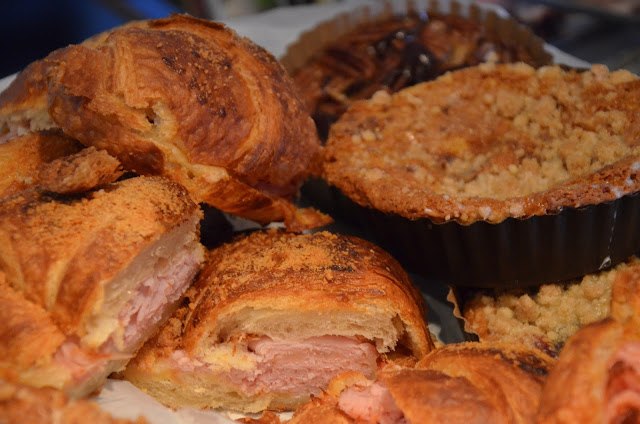 The savory pies included the spinach and feta version (which was awesome!) 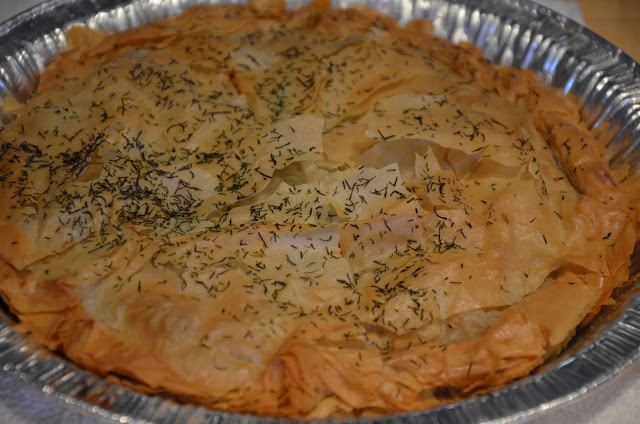 And the Crab Nixon (also AWESOME!) 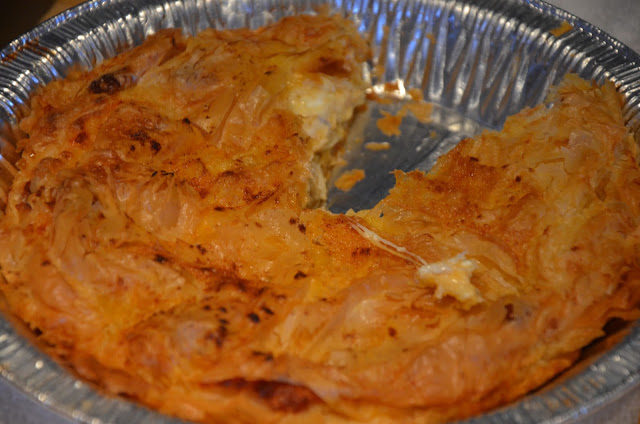 Then we took a little break while Becky opened her gifts. Being the foodie aunt I am, when I saw this, I had to get it. 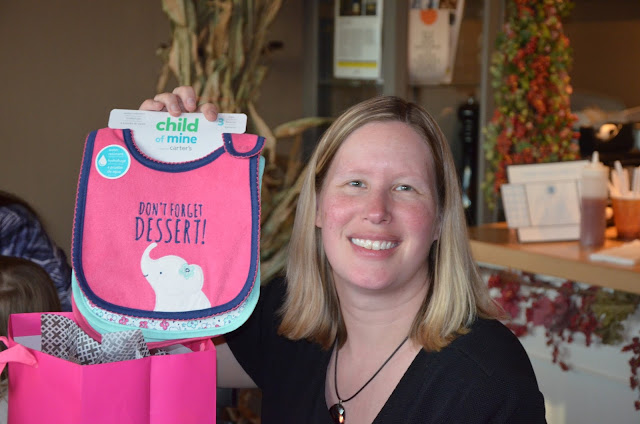 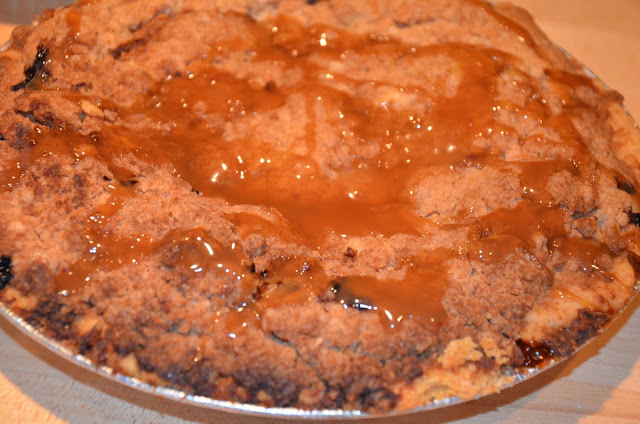 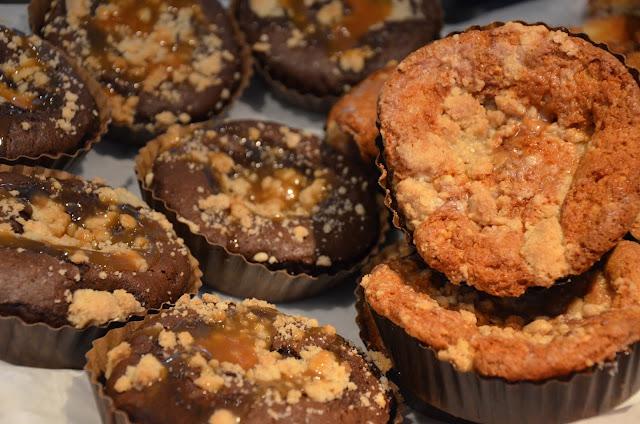 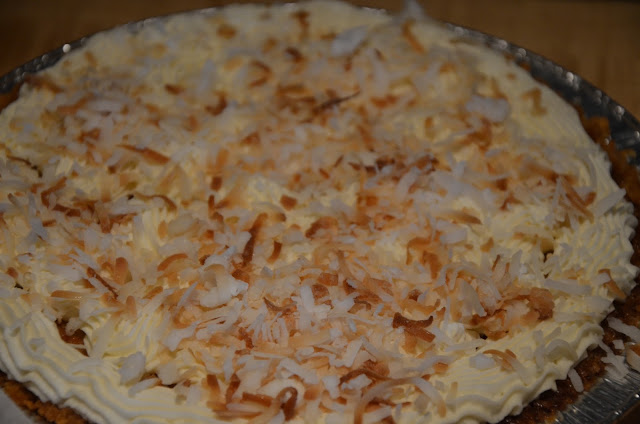 It was a lovely time in a lovely place. We all left happy and full and we can't wait to meet the new baby girl! :) 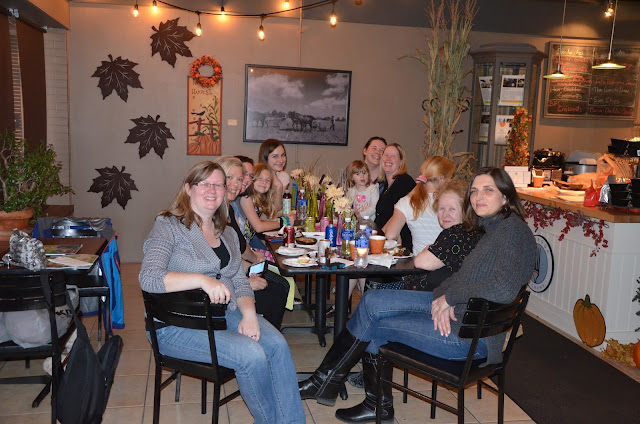