It had been a couple years since I'd been at Rock Bottom Restaurant and Brewery, so when I was invited for a tasting of their featured menu for the fall, I was excited to get back there and do some sampling. Hubby and I stopped by for a laid-back lunch at the casual eatery that prides itself on its house brews. 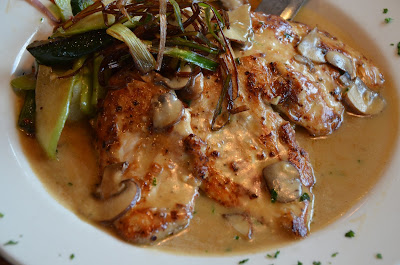 With about 14 beers on tap when we were there, I had to get a flight. Each Rock Bottom location has their own brewmaster and the Orland Park location that we went to has an uber enthusiastic one who offers a few more varieties on tap than some of the other locations. The flights include six four-ounce samples for just $6, a bargain in the craft beer world. Larger servings include a 10 oz. glass (at $3.75 and up), a 20 oz. pint or a 25 oz. mug. And of course, once you find your favorite, you can get a growler to go.

I love that although it's a franchise each location has its own brewer and a unique beer list that changes weekly. While their in-house beers are the centerpiece, there are also a few guest beers - standards that include Miller Lite and Stella Artois and microbrews like Revolution Anti-Hero IPA and Brickstone Right Swipe Session Pale Ale. 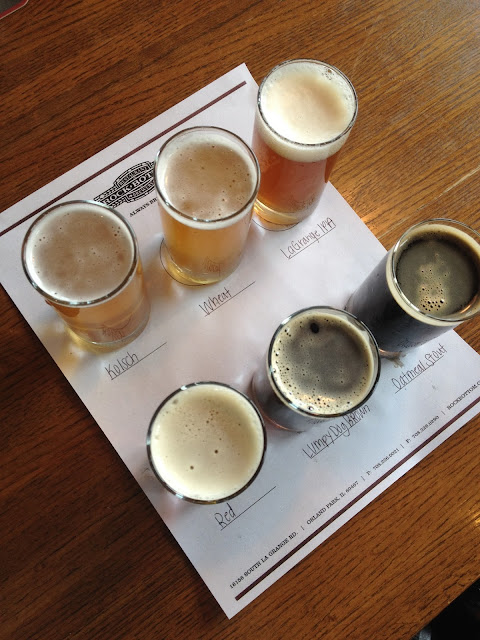 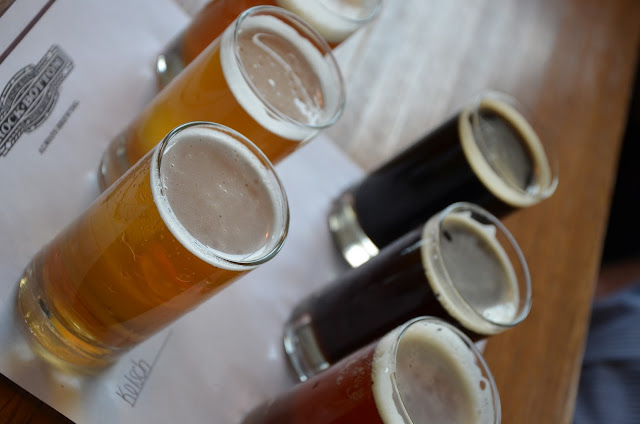 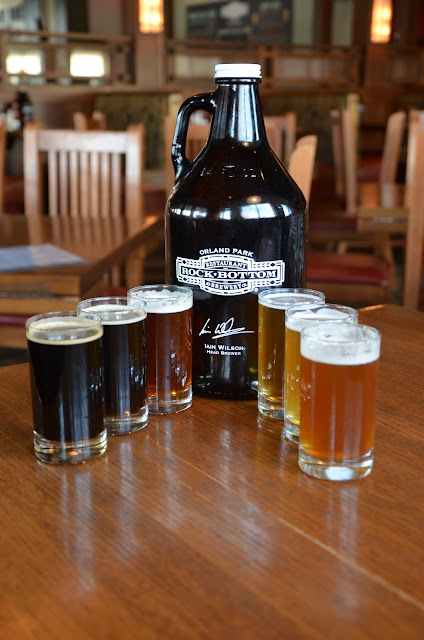 There were four entrees on the featured menu and we tried out three. These are the Certified Angus Beef Tips, simmered in an ale demi-glace with portobello and button mushrooms over cheddar and green chili mashed potatoes and topped with crispy onions with slices of garlic bread. This light sauce was so full of flavor and being the mushroom lover I am, I adored the fact that it was loaded with them. The potatoes were fantastic and the crispy onions were a perfect topping to add a little casual crunch to this sophisticated dish. 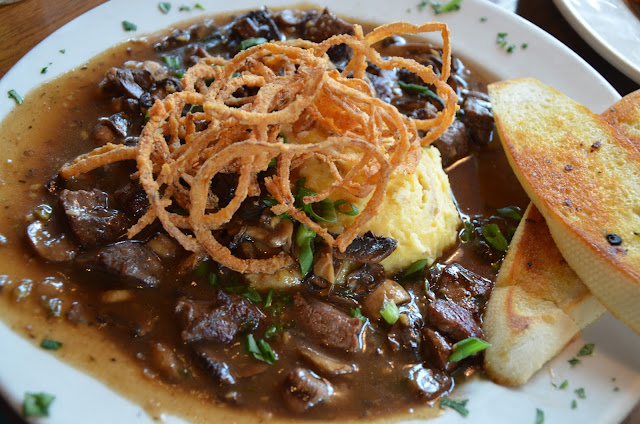 As much as I liked the beef tips, this is one dish I can't get out of my mind and my taste buds. Really...I can't stop craving it. The RB Ale Chicken features juicy, tender seasoned chicken that is pan seared with oven roasted portobellos and Rock Bottom's own ale demi-glace served over those delicious cheddar and green chili mashed potatoes and served with a seasonal vegetable blend that included chayote, peppers and more.

Ordinarily, chicken is not one of the first things I look at on a menu. I'm much more likely to go for a beff, seafood or pork dish, but I'm so glad I tried this and so happy to learn that it and the other featured entrees are on the regular menu. I highly recommend it and it will totally be what I order on the next visit. 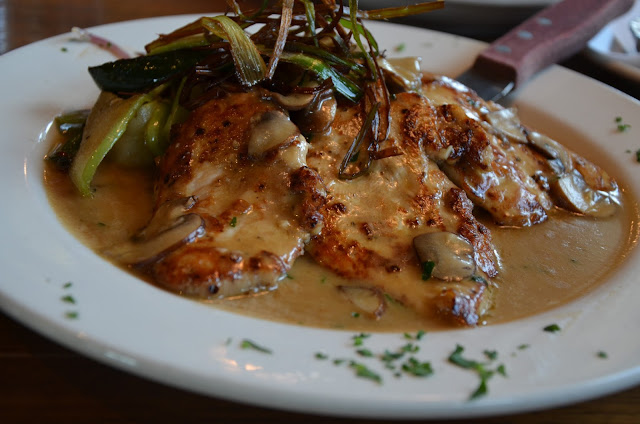 I couldn't pass up the Brewer's Cobb Salad, so we split the entree. Pictured is a half portion that is loaded with generous portions of amazingly fresh ingredients. It was so hearty and satisfying, you forget it's a salad. They had me at avocado. And bacon. Who doesn't love bacon? 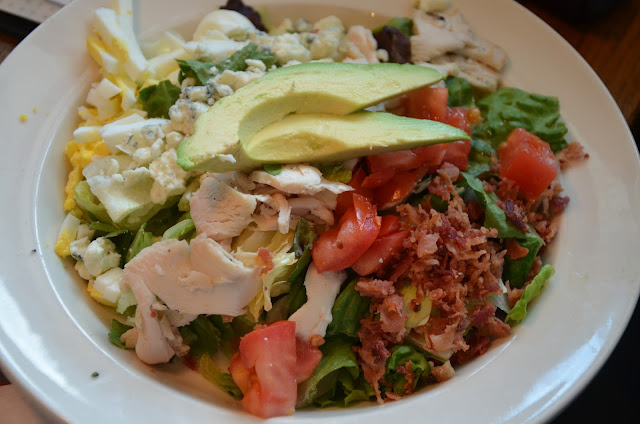 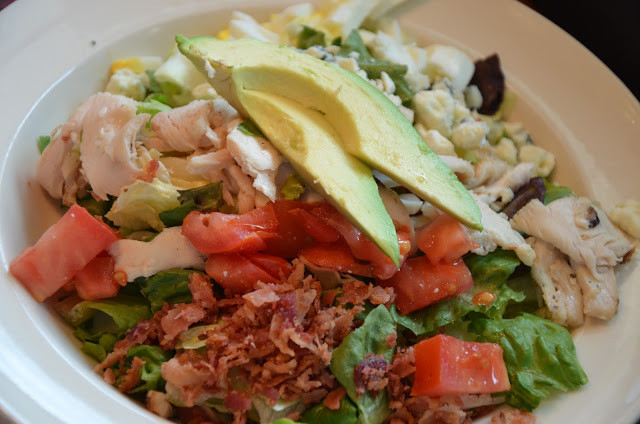 The fourth entree on the featured menu was an Avocado Chicken Sandwich that looked and sounded succulent and refreshing. 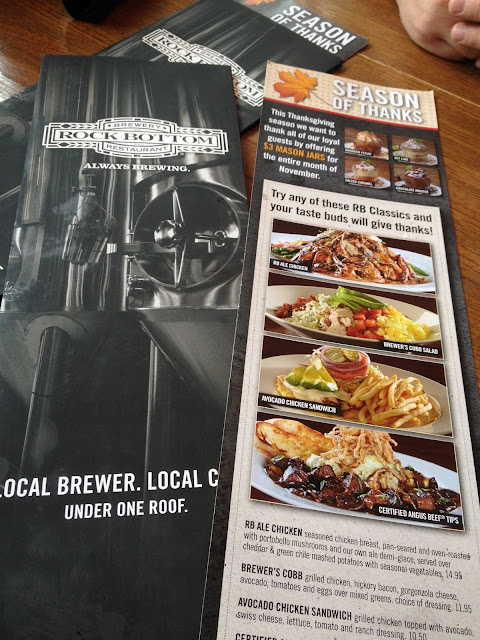 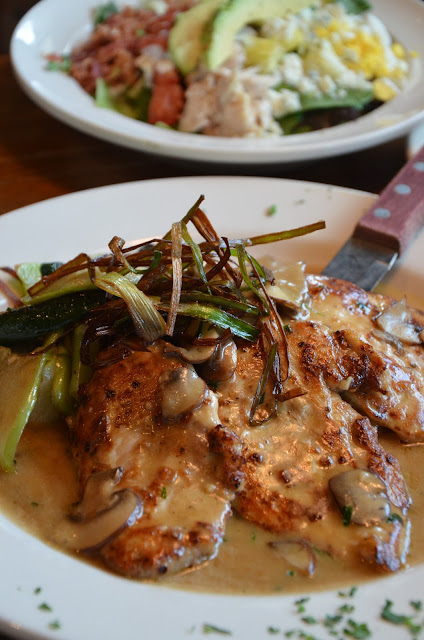 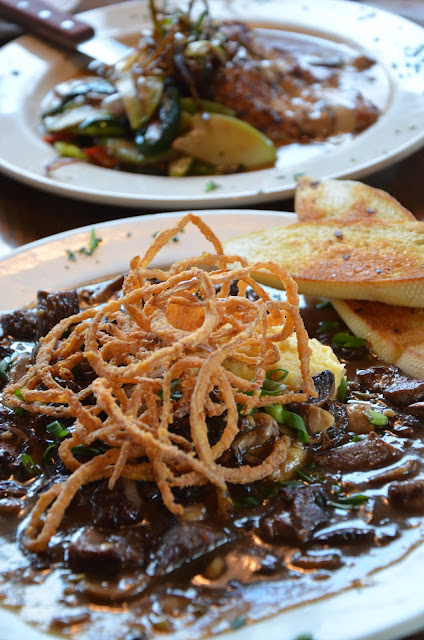 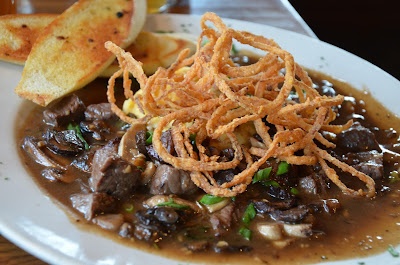 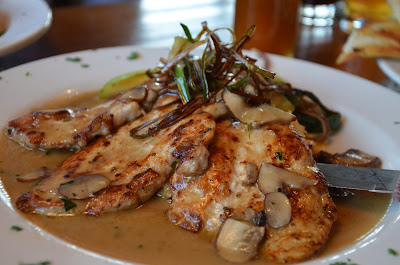 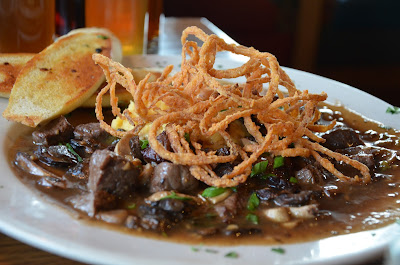 Also on the featured menu was the Whiskey Ginger Smash. I'm all for anything with ginger beer and this beverage wasn't overly sweet or watered down - a potent serving of paradise. 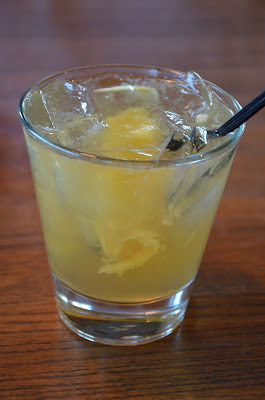 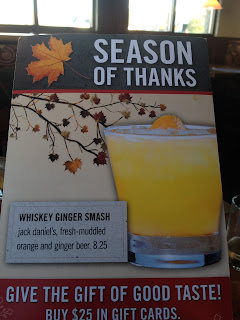 If you visit before the end of November, you can also get one of their mason jar desserts for just $3. 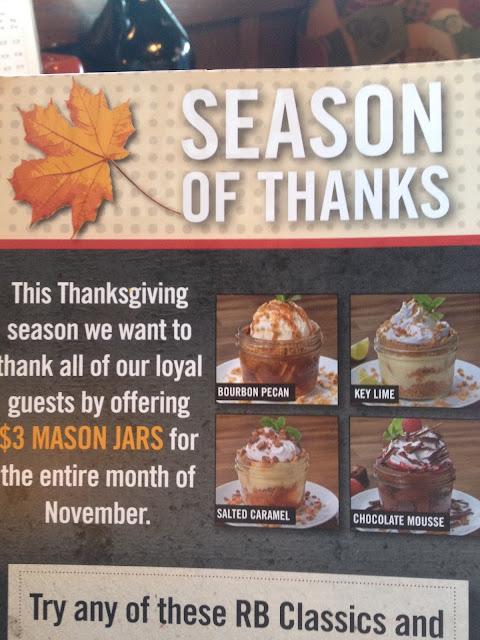 We sampled the Chocolate Mousse and the Salted Caramel. Both were fabulous, but the Salted Caramel was over-the-top amazing with a graham cracker bottom, a cream cheese layer and vanilla wafers with a sprinkling of salted caramel toffee over some light whipped cream. Do not leave without trying dessert. I mean it. 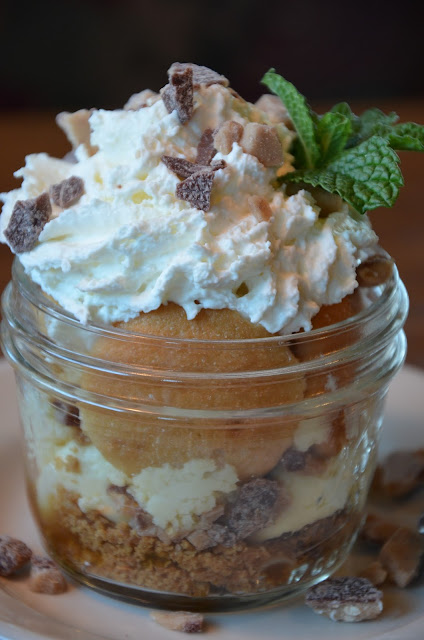 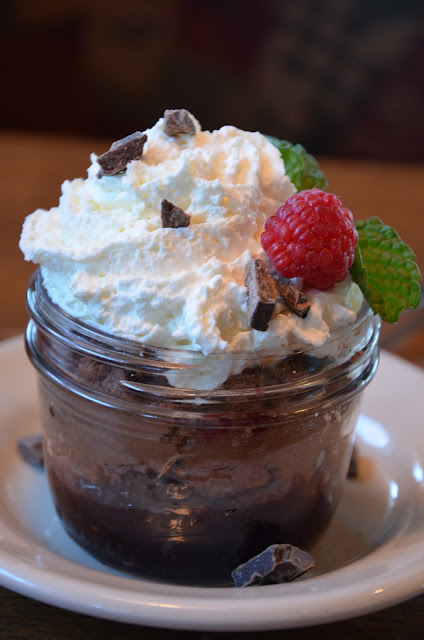 With its close proximity to Orland Square Mall, it's an ideal spot for a relaxing lunch before hitting the mall or to wind down with a pint and some grub after a long day of shopping. And speaking of shopping, who doesn't love a gift card for a meal out for the holidays? Between now and December 31, if you buy $25 in gift cards you receive two $5 bonus certificates. Treat the beer lover or foodie in your life and get a little bonus for yourself, too. 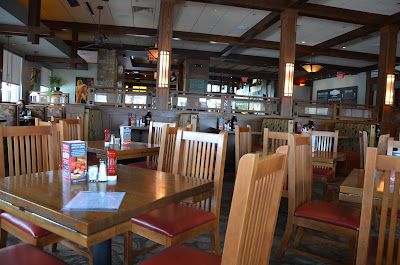 If you're more into the beer than the food, keep an eye out for their beer events that include special brew release events, pairings, charity tappings, bar bingo and more.


***Disclosure: I did receive a complimentary meal. I was
All opinions are my own.