When I heard in recent weeks that the Balmoral Race Track in Crete would be closing, I figured I'd have to make one last visit to the piece of history. Originally known as Lincoln Fields, it dates back to 1925 when the manager of Churchill Downs recommended to the Kentucky Jockey Club that a little over 1,000 acres be purchased near Crete, Illinois. Kentucky bluegrass was imported to surround the  track.

I'd only been to the track once before and it was about 20 years ago. However, as a history buff I really enjoyed the surroundings even though I really knew nothing about horse racing. I also love the location, which really isn't far from me - less than a half-hour straight south, but you really feel like you're in another world. I'm in the south suburbs and the suburbs really don't extend too far beyond where I am. It's an interesting place to be. Drive 15 minutes north and you're in the city of Chicago. Drive 15 minutes south and you're passing mostly cornfields and forest.

A few years back when I saw the movie Secretariat with my kids, I thought it might be nice to take them to the track to see a real horse race. We never got out there, so I thought I better get them there soon before it closes forever at the end of the year.

I remember that you could go several nights a week for racing back when I made my trip there. I'm pretty sure it was a Wednesday or Thursday night when we were there and even on a weeknight, the place was bustling. Today, there's only racing on Friday and Saturday nights. We picked a Friday night to stop by when they had a Southern BBQ buffet that sounded like food the kids would eat. There's also a buffet on Saturdays that is more extensive and a few dollars more. On a Friday, you would expect a good crowd, but the dining room was eerily quiet with just a handful of other diners there.

There was a decent variety between salads, soup, meat and dessert. The kids mostly enjoyed the chicken noodle soup, the chicken and pulled pork and, of course, the dessert table that was loaded with sweets for $18.95. However, the Saturday buffet at $21.95 seems to have much more, including a carving station, fish, chicken and a pasta station.

I'm always a bit sad when places with such a long tradition have to shut their doors and I think of all the staff there that will be losing their jobs. Even if you aren't a gambler, I'd recommend a visit to take it all in before it's no longer there. 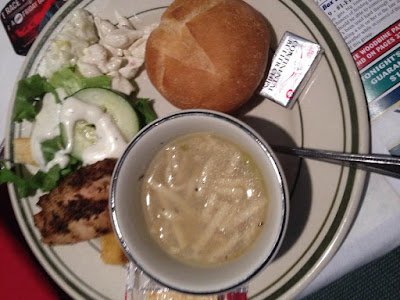 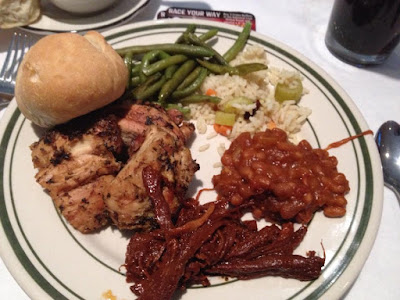 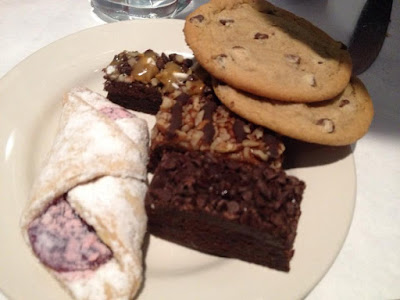