It was the third cooking competition I had judged in three weeks (two of those involved all chili and the third had a few chili entrees in the appetizer category.) I'd also sampled several chilis at the 4th Annual Chili Cook-off at Lansing Autumn Fest. So, in less than a month's time I tried a total of over four dozen chili recipes. It's a tough job, but someone's got to do it.

This competition at the American Legion has 11 entries of mostly traditional chili. One of my favorites was one that also had steak in it. Another favorite was a little more soupy that you'd expect a chili to be, but it had great flavor. It is so much fun getting to try out new recipes, whether they are from professional chefs, seasoned chili cooks or at-home amateurs. There's always something to learn - the most import being that no two chilis are ever the same. This one had cash prizes at steak, so these cooks took the competition very seriously! 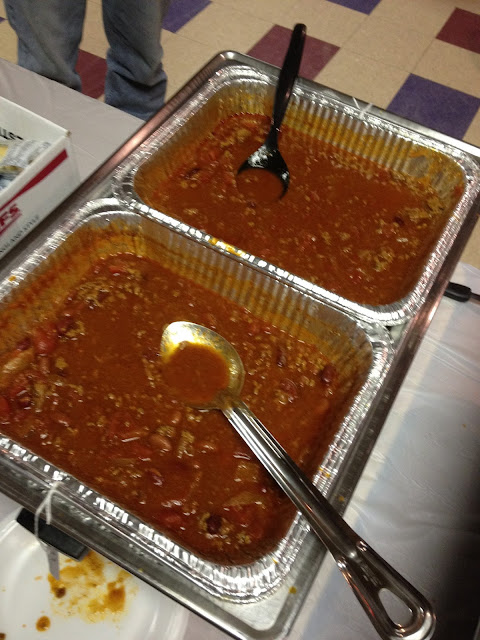 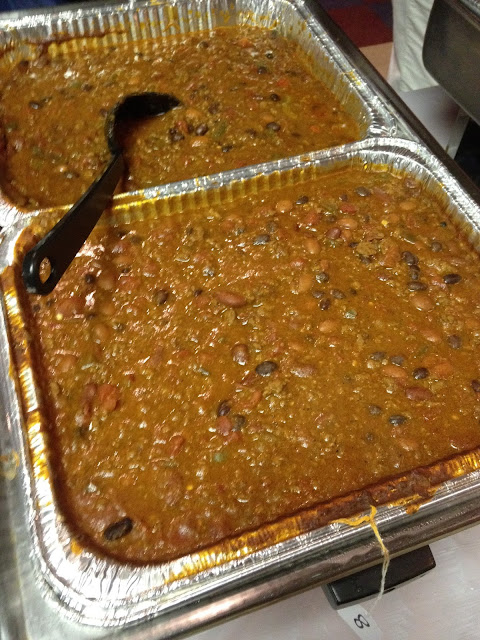 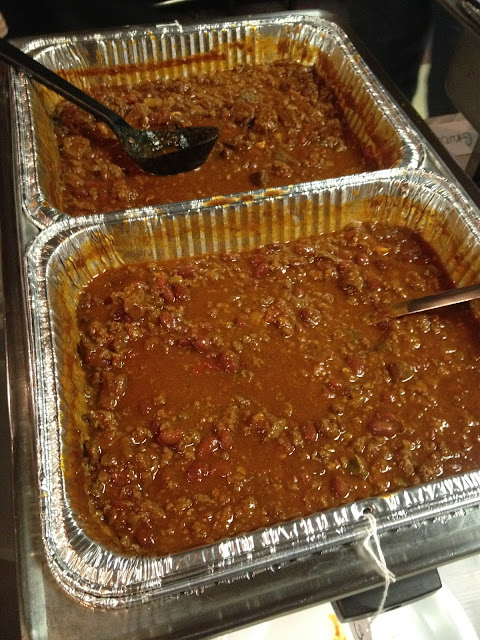 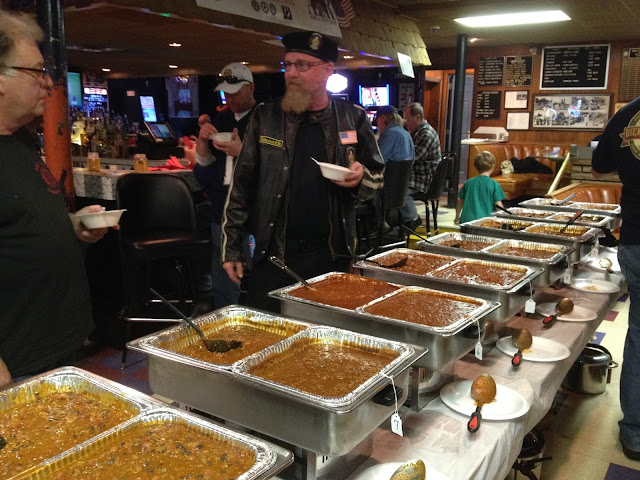 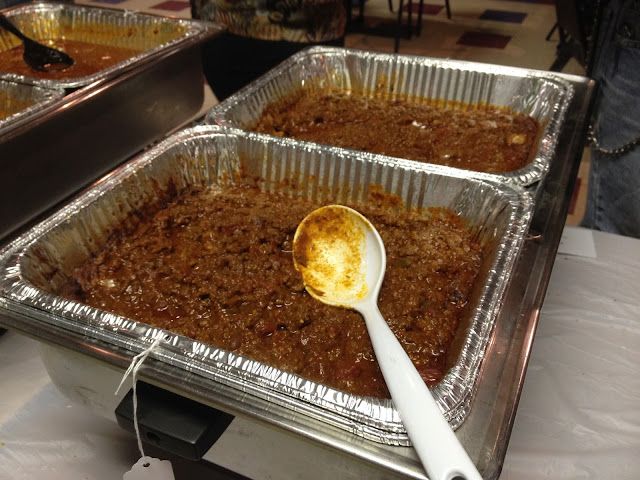 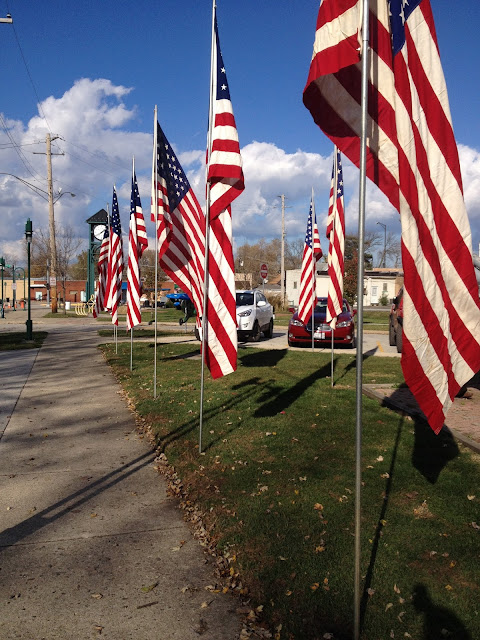 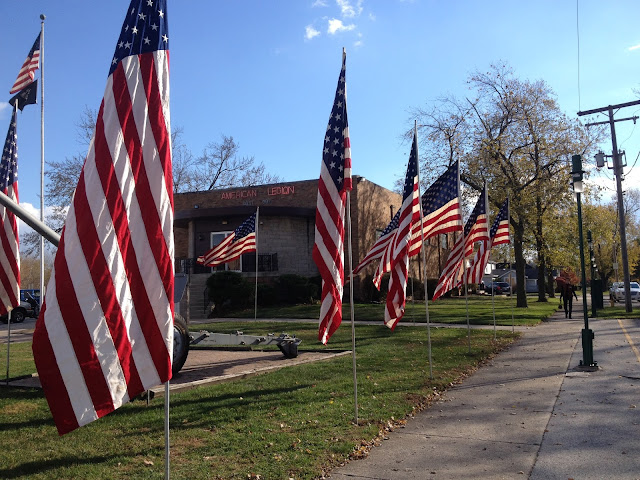