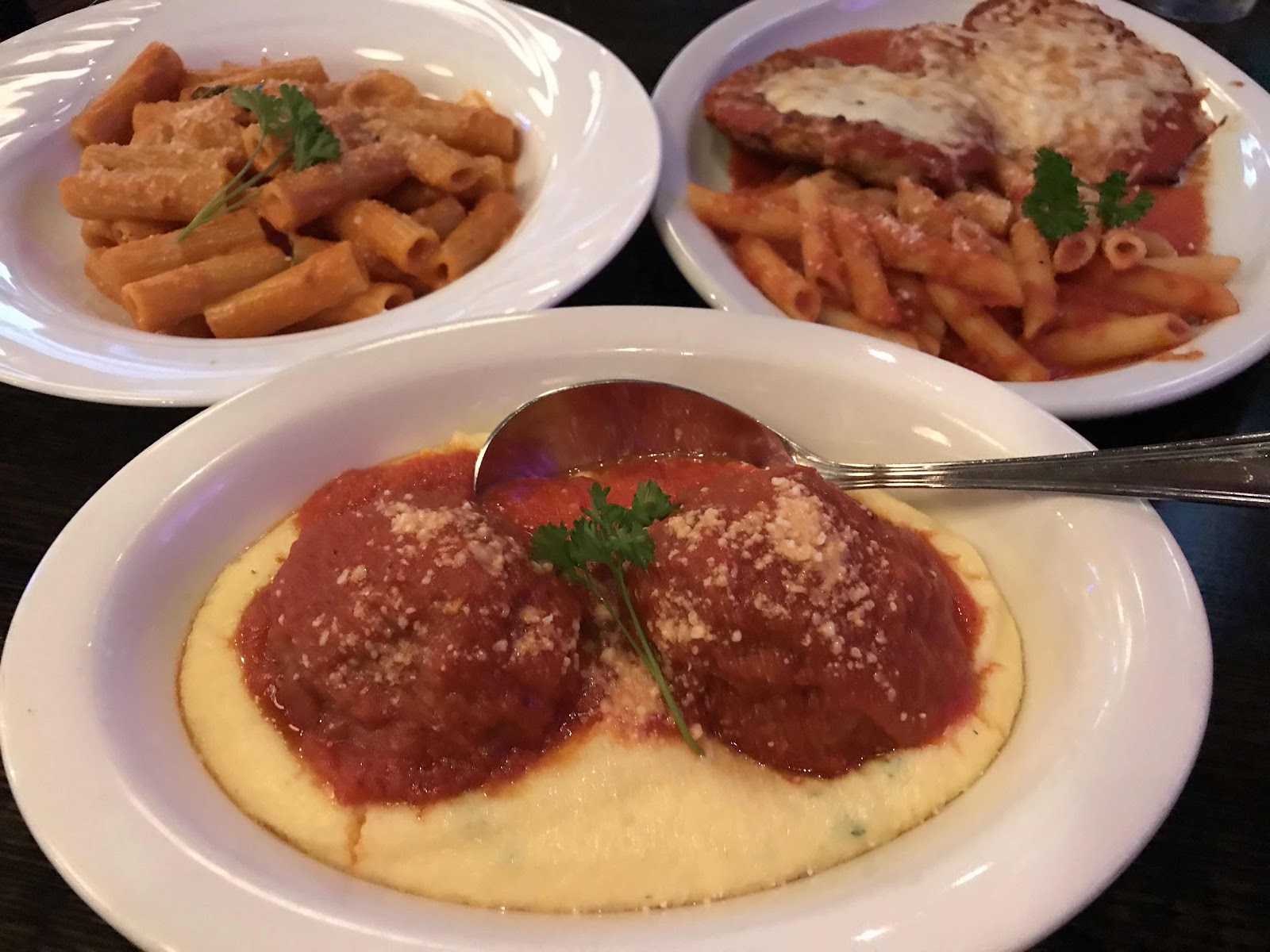 Disclosure: Our meal was provided by Giglio's State Street Tavern. I was not compensated for this post. All opinions are my own. 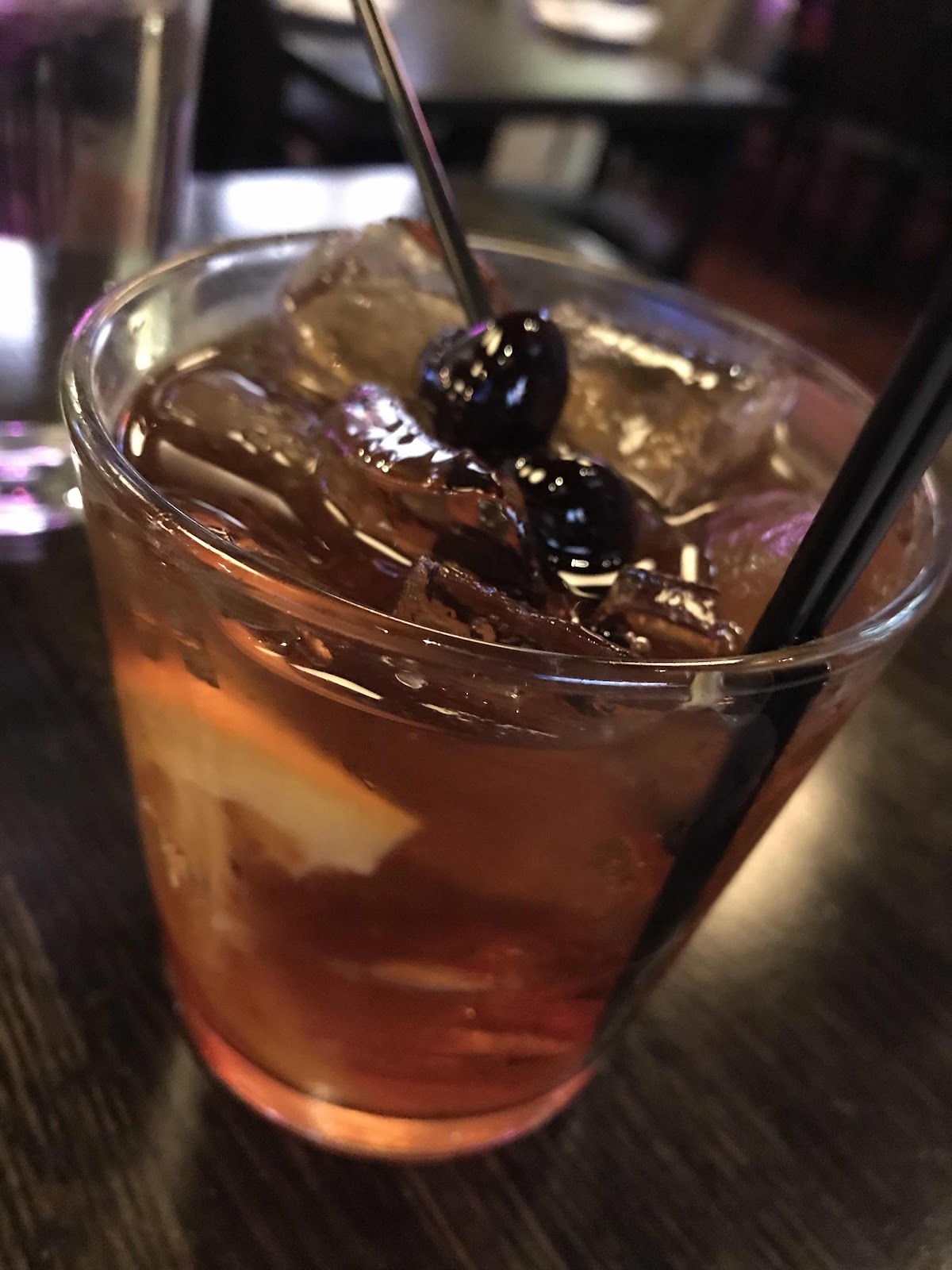 Thursday was National Pasta Day and I spent it at a very appropriate place - Giglio's State Street Tavern, a new spot in the South Loop that offers traditional homestyle Italian dishes made from the recipes of the grandparents of owner Bobby Hitz. Hitz is a Chicago native who became a heavyweight boxer in the 1980s and then a boxing promoter nearly 30 years ago. He's also an actor and restauranteur.

The place is part sports bar (with 20 screens for watching ALL the sports) and part casual Italian eatery - a great combination. If you want to catch a game, linger with family or friends and load up on delicious carbs and other goodies, this is your place. I was also exited to learn that they do weekend brunch! 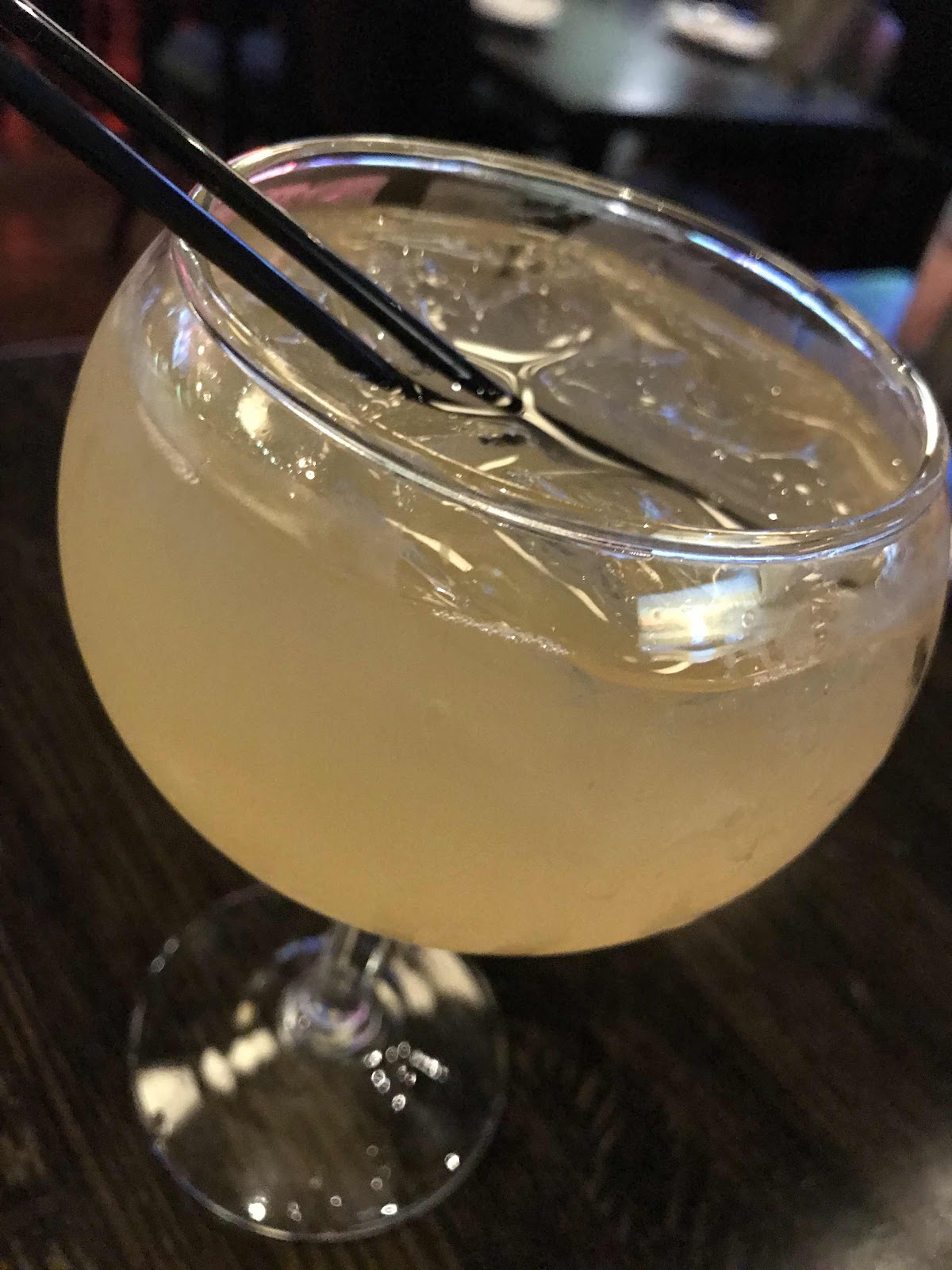 There's a sizeable beverage menu that includes Grandpa Giglio's Sangria, a number of craft beers and some fun shots - like the Tiramisu shot. Hubby had an Italian Old Fashioned while I sipped on some white sangria. 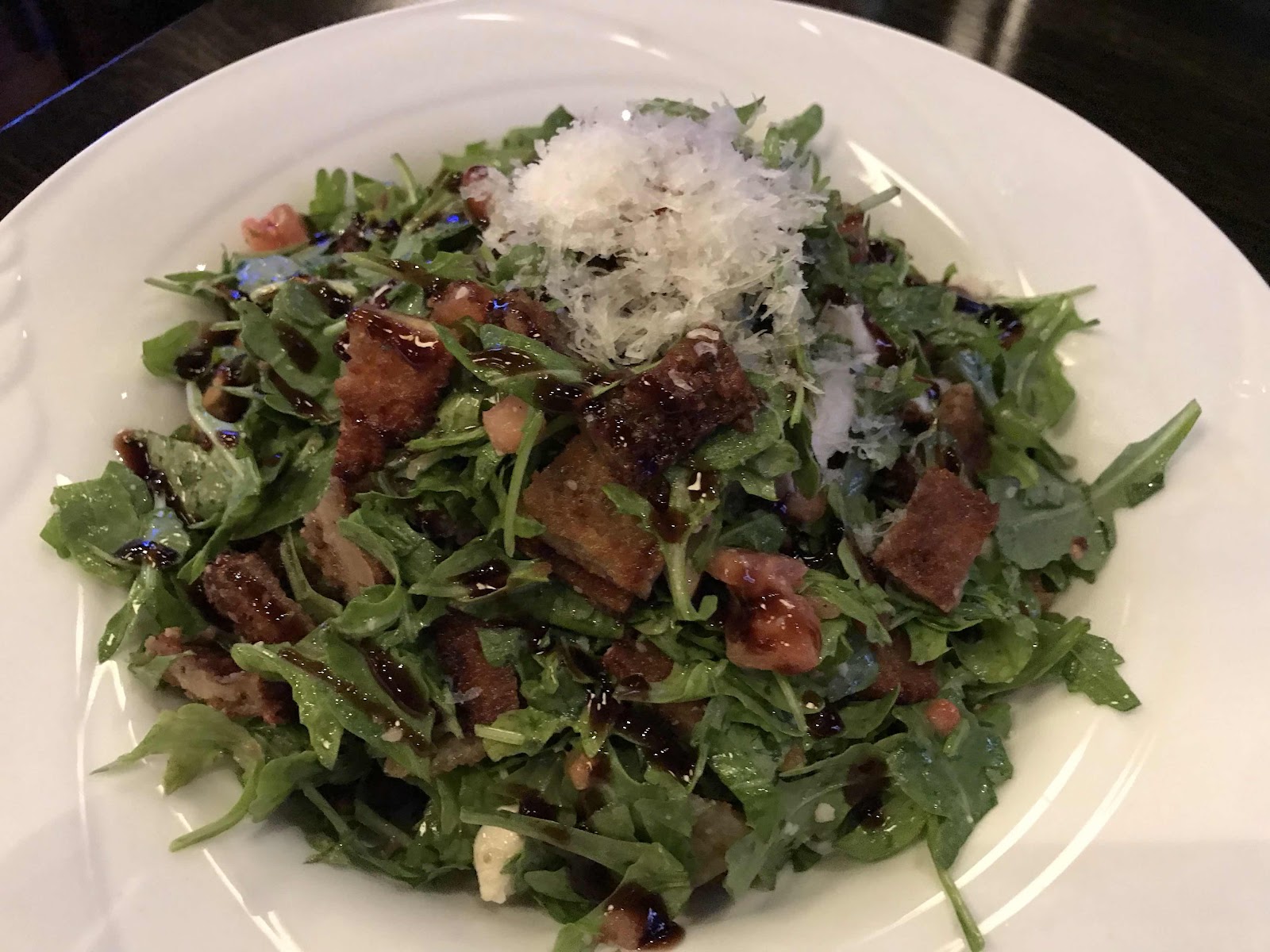 We started out with the bruschetta and the eggplant chopped salad, which includes lightly breaded and fried eggplant, arugula, tomatoes, fresh mozzarella and a balsamic glaze. I was in love at first bite. It's one of my favorite salads of all time! 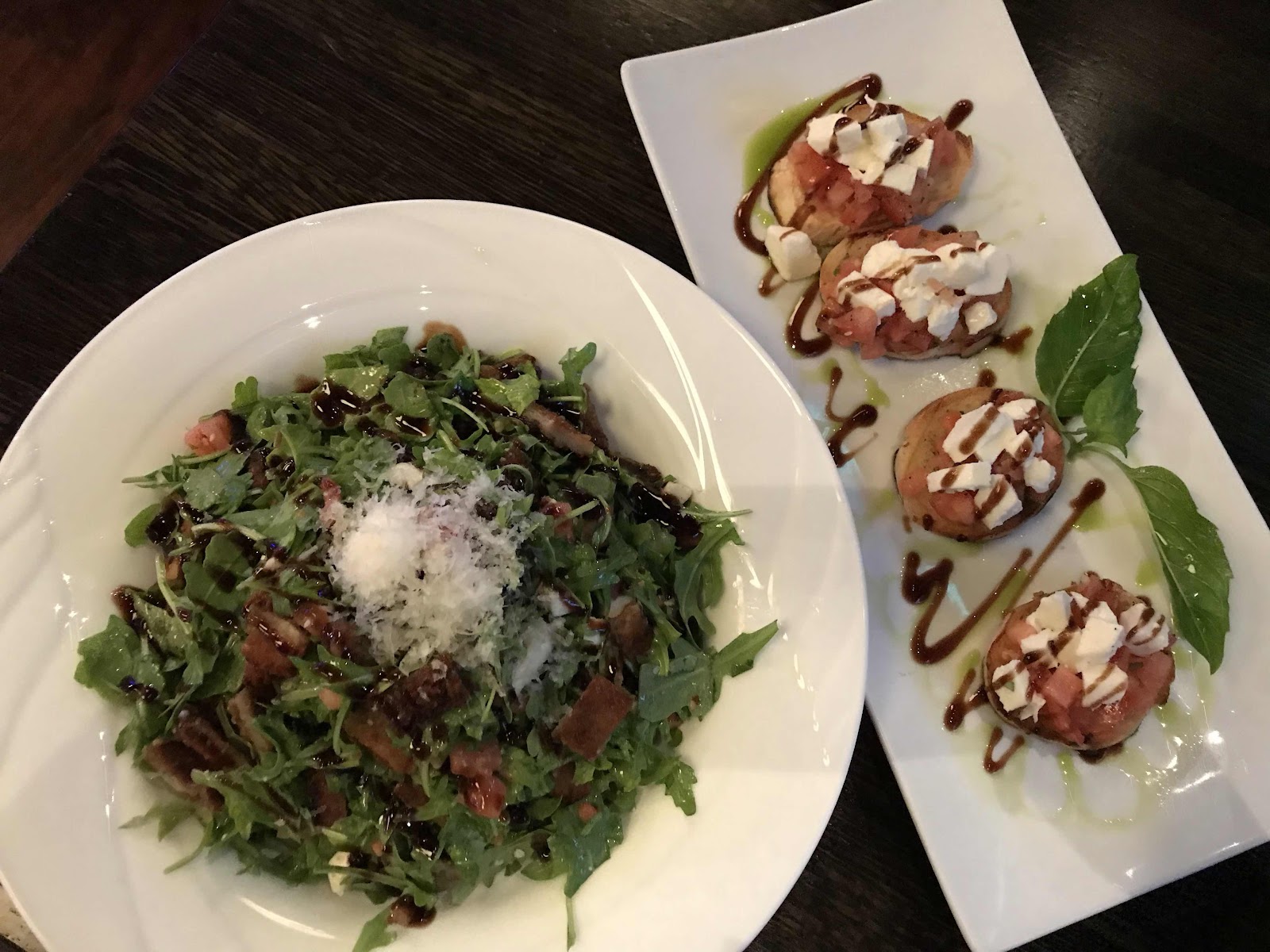 Since we were visiting on National Pasta Day, I couldn't pass up the rigatoni ala vodka. I'm obsessed with vodka sauce and while there's a good selection of pastas on the menu that all sounded scrumptious, I ruled out all the others as soon as I saw vodka sauce. It did not disappoint. 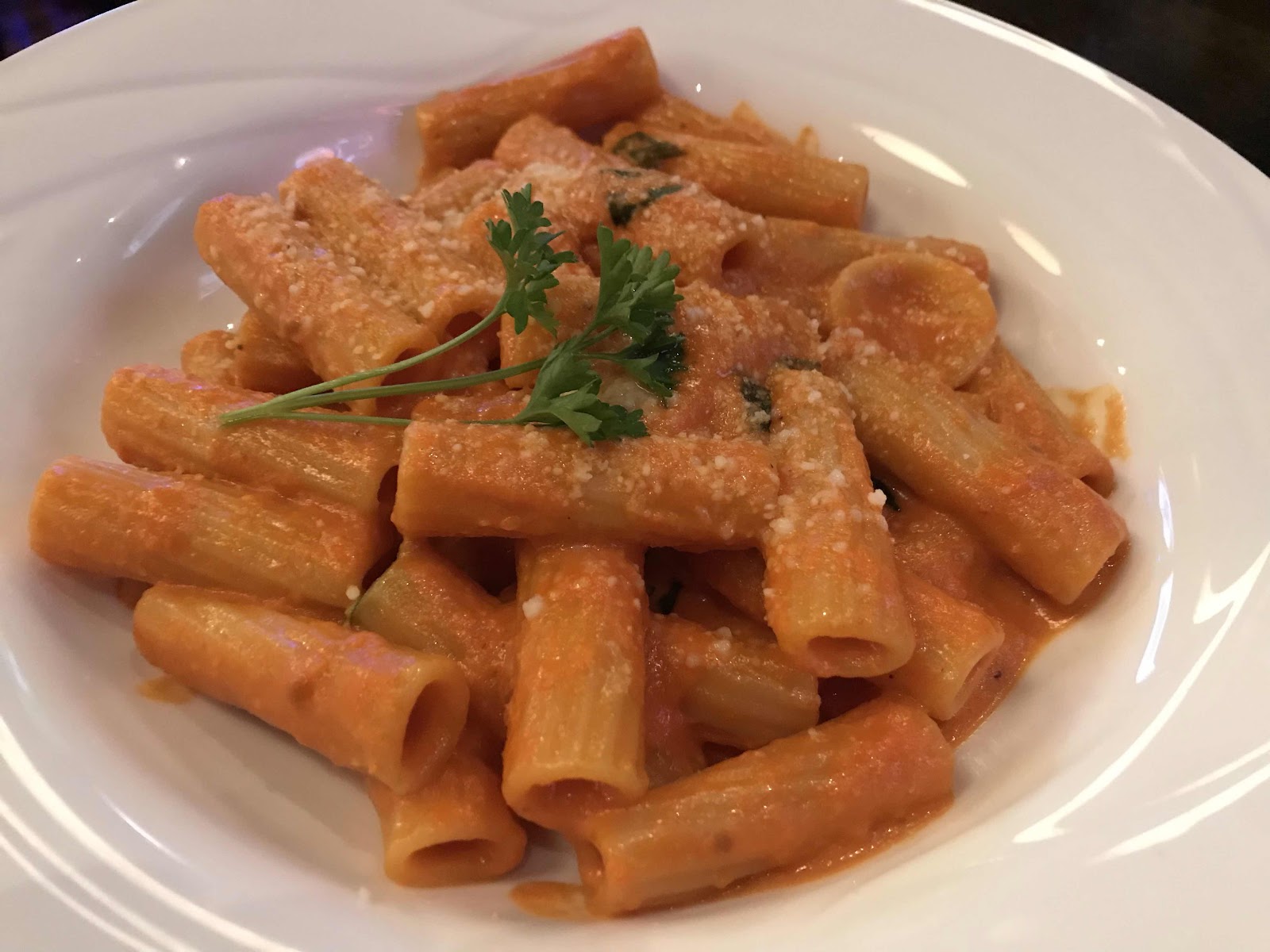 When Bobby Hitz stopped by our table (he was making his way around the restaurant the evening we were there greeting people and stopping at tables to chat), I asked for some of the things that were musts. One that he mentioned was on the appetizer menu - the meatballs and polenta. It's something I had already been eyeing so, when he mentioned it, that sealed the deal. It could absolutely be an entree and you'd leave full. The meatballs were so tender and flavorful. 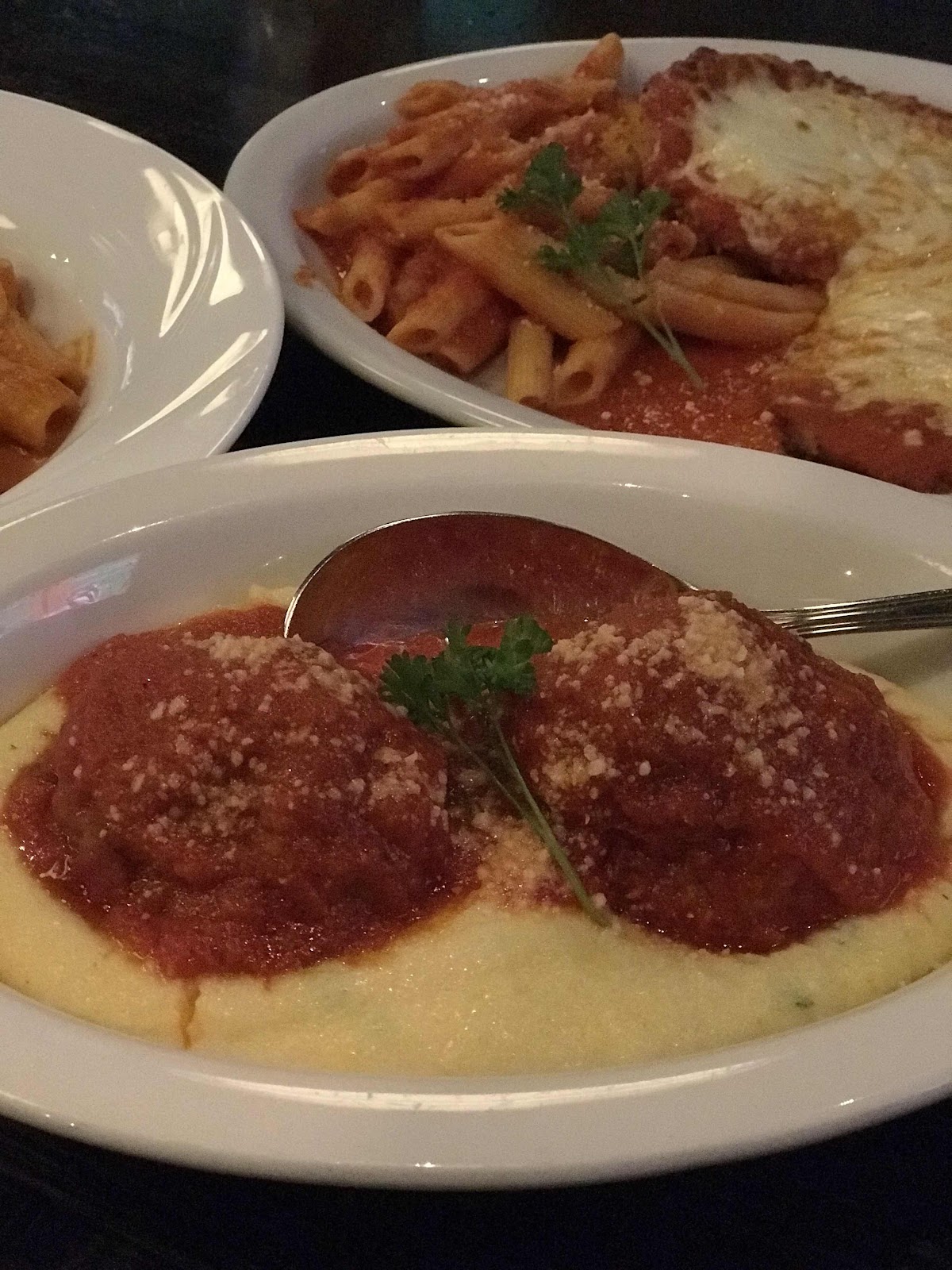 I also have a hard time passing up chicken parmesan, so we got an order of that, as well - and it was a huge portion that was just as good as everything else. 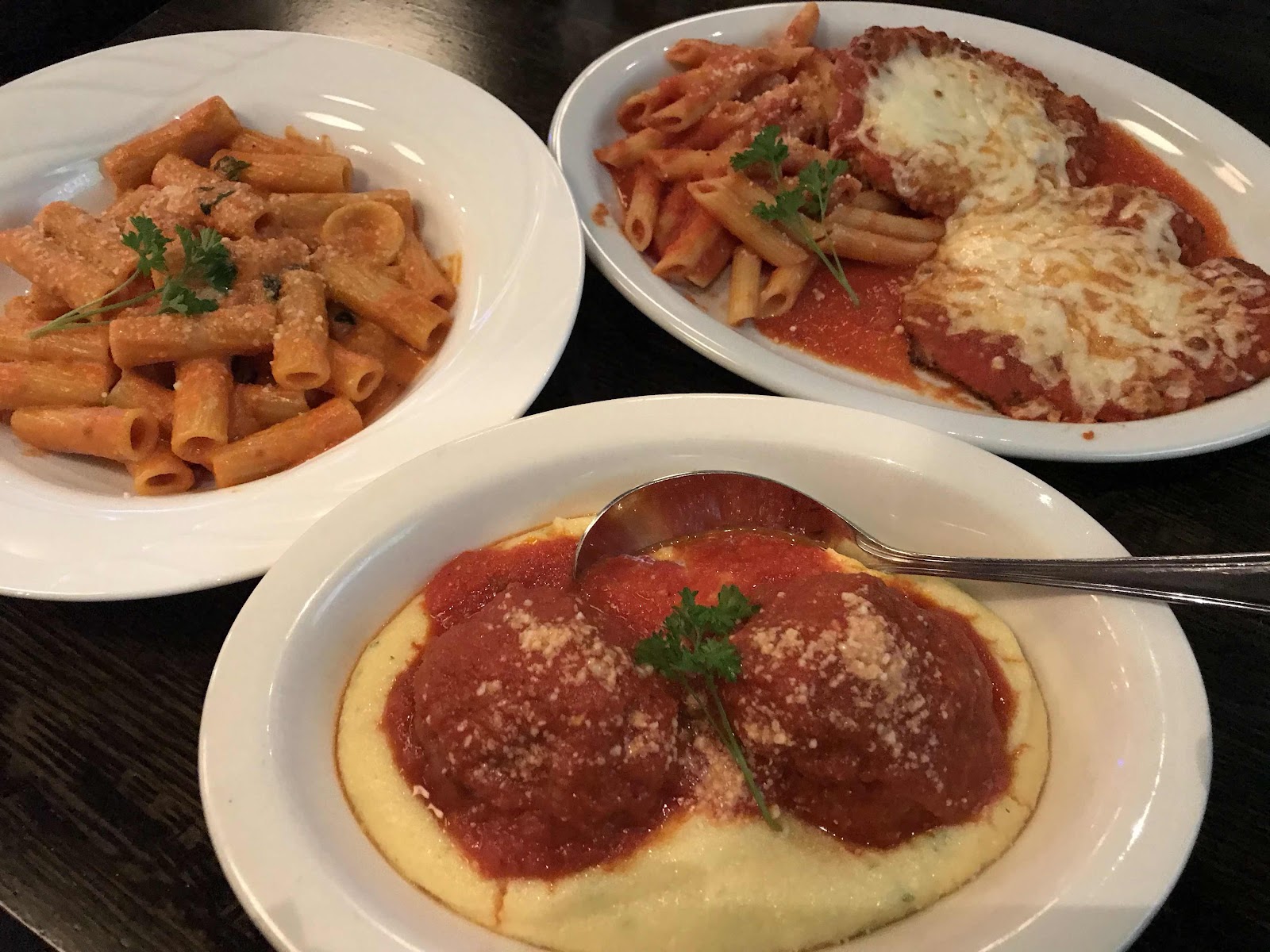 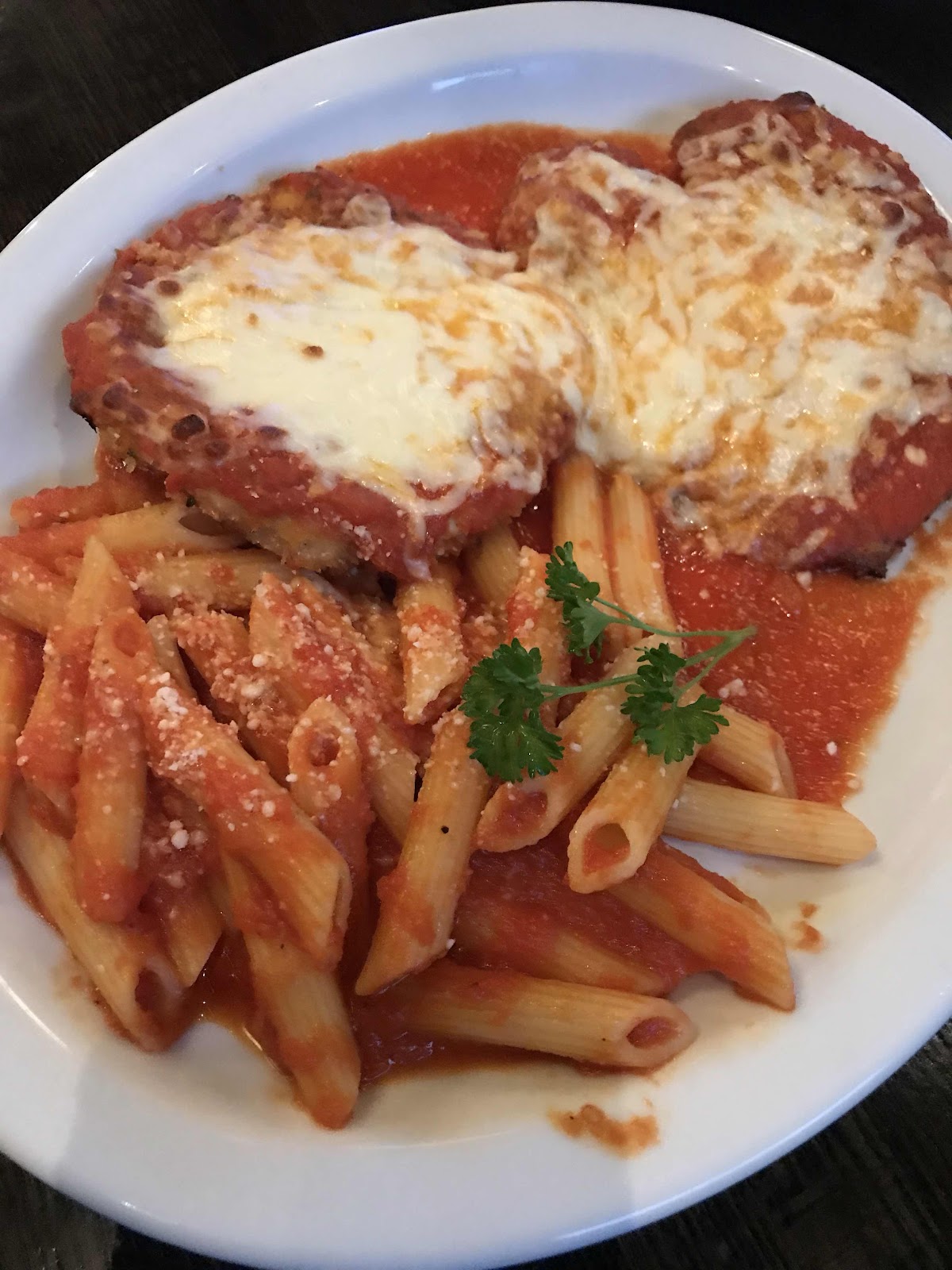 I was impressed with everything we tried and it was fun to go out for a nice meal and not miss any of the American League Championship series. The place is cool and cozy with warm hospitality. 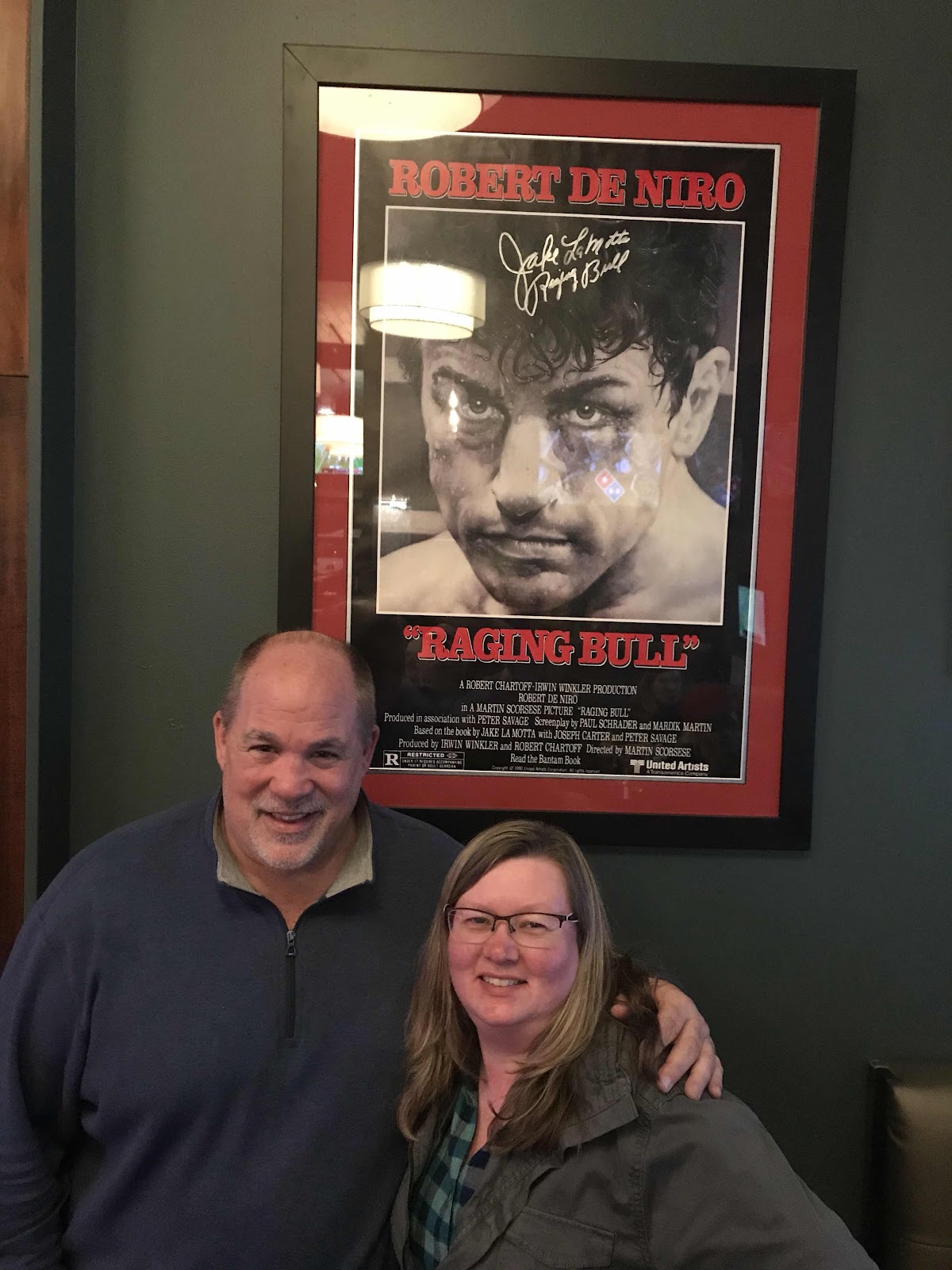 I can't forget about dessert. It sounded too good to pass up. Hubby honed in on the cannoli and me - well, when I have the opportunity to have tiramisu, you just can't change my mind. I was totally blown away by this "Tiramisu Tower." It stood literally five inches high and was so creamy and light. I ate a quarter of it while I was there and wrapped up the rest. I finished it - a bite here and a bite there over the next two days. It was heavenly. 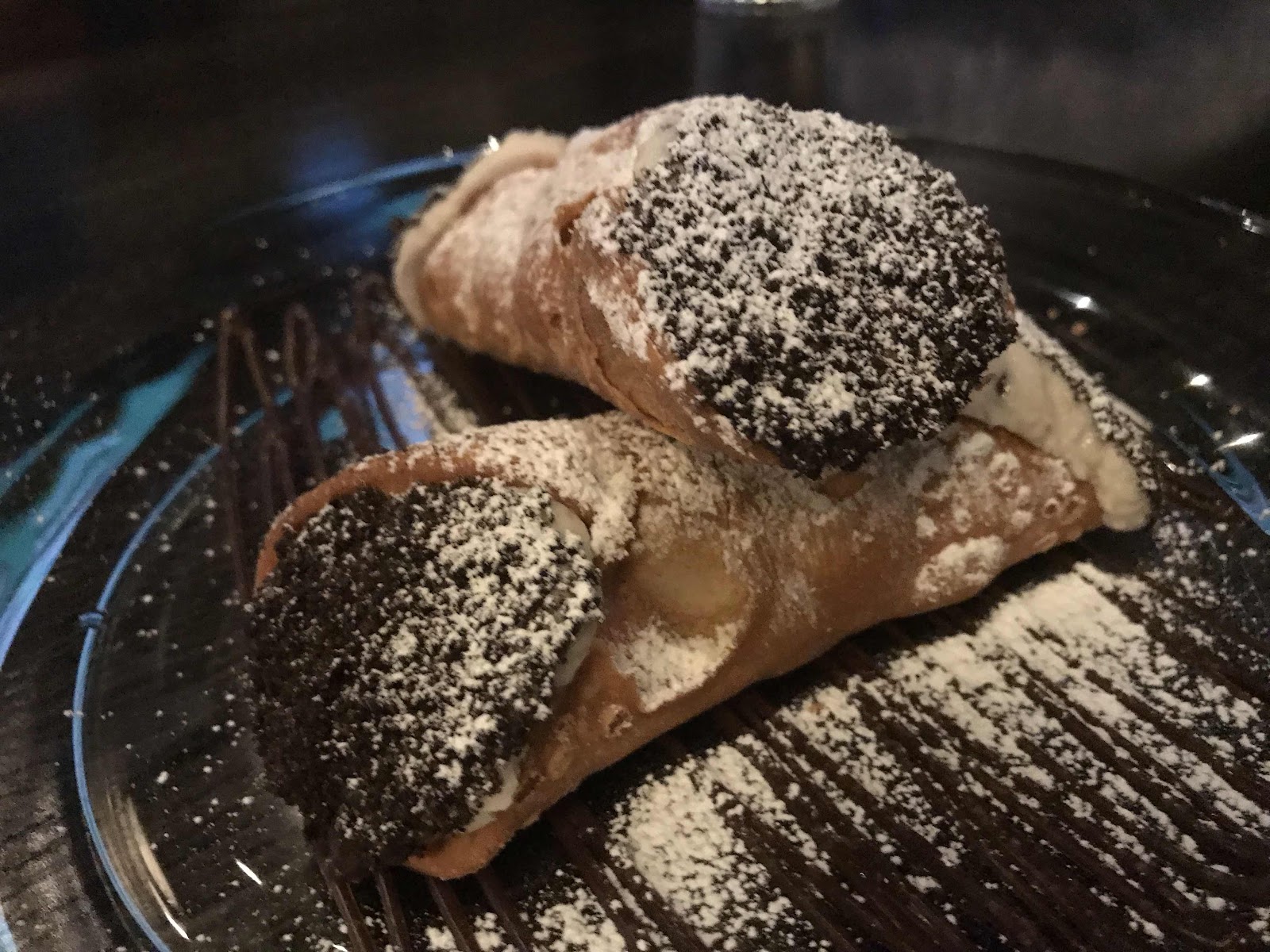 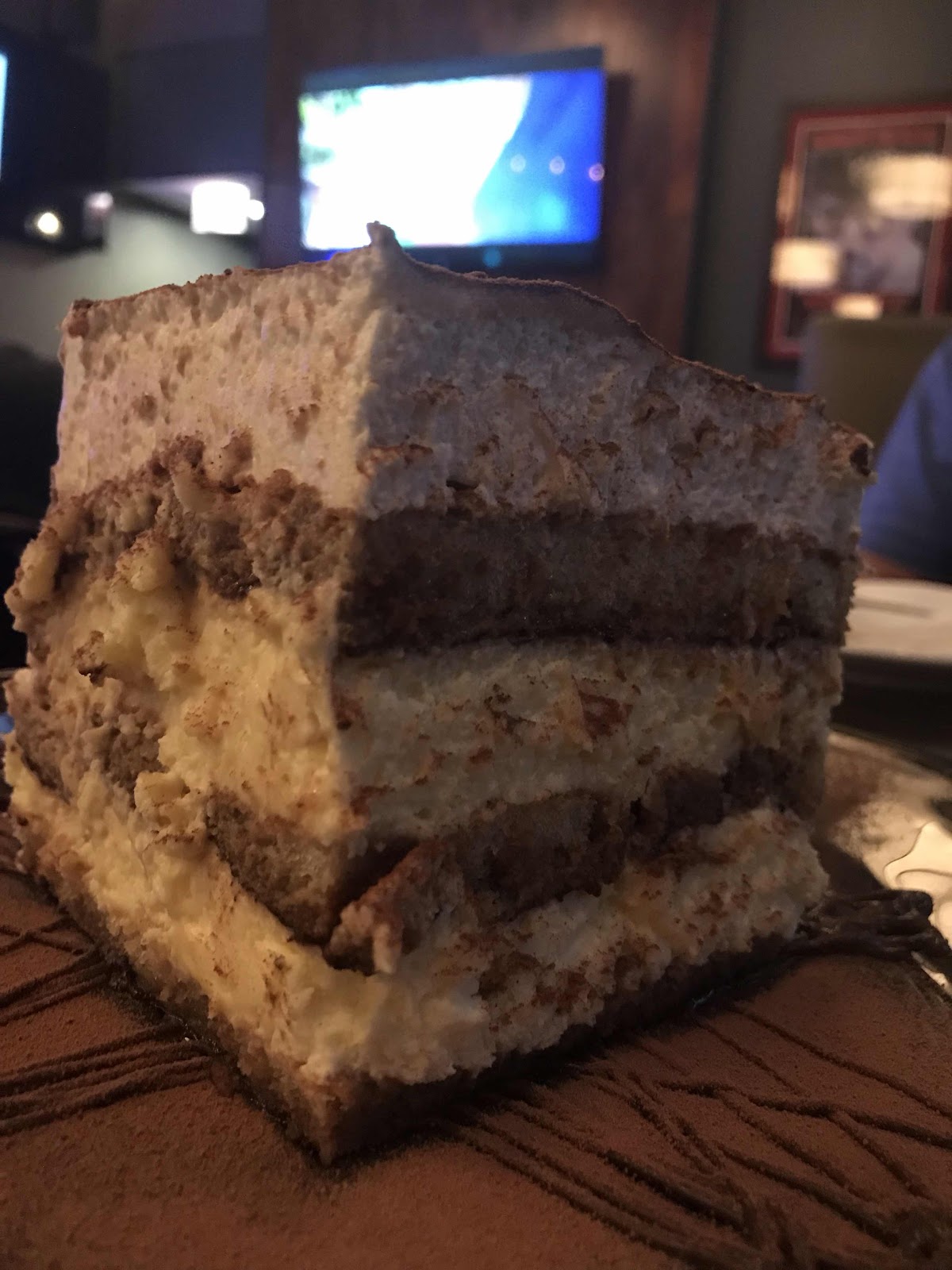 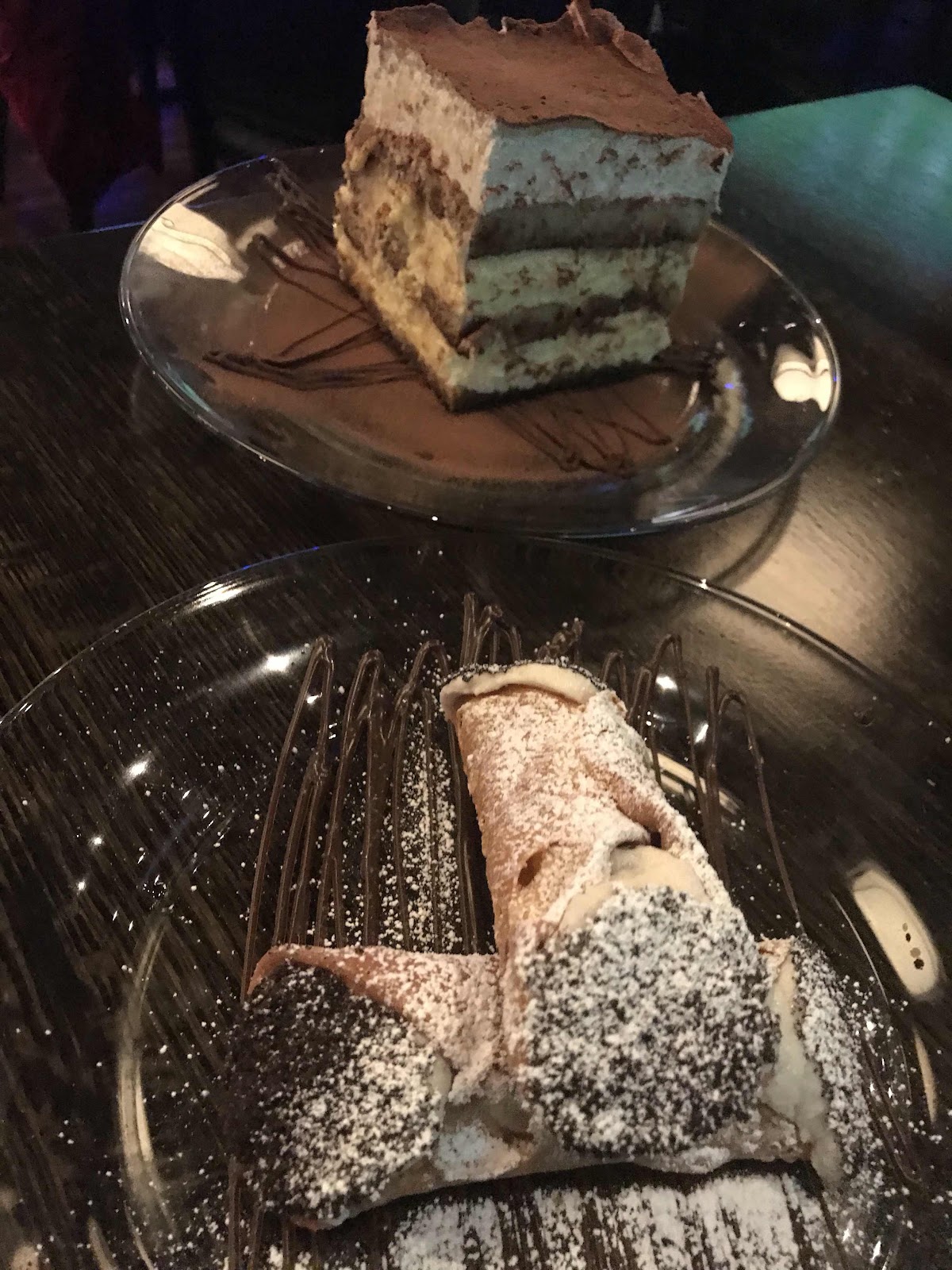 I also got to meet Giglio's pastry chef, Julia Danno, who was on season 9 of Masterchef, making it to the top 7.

Giglio's Chicago is located at 825 S. State Street. Check out the menu online at giglioschicago.com. 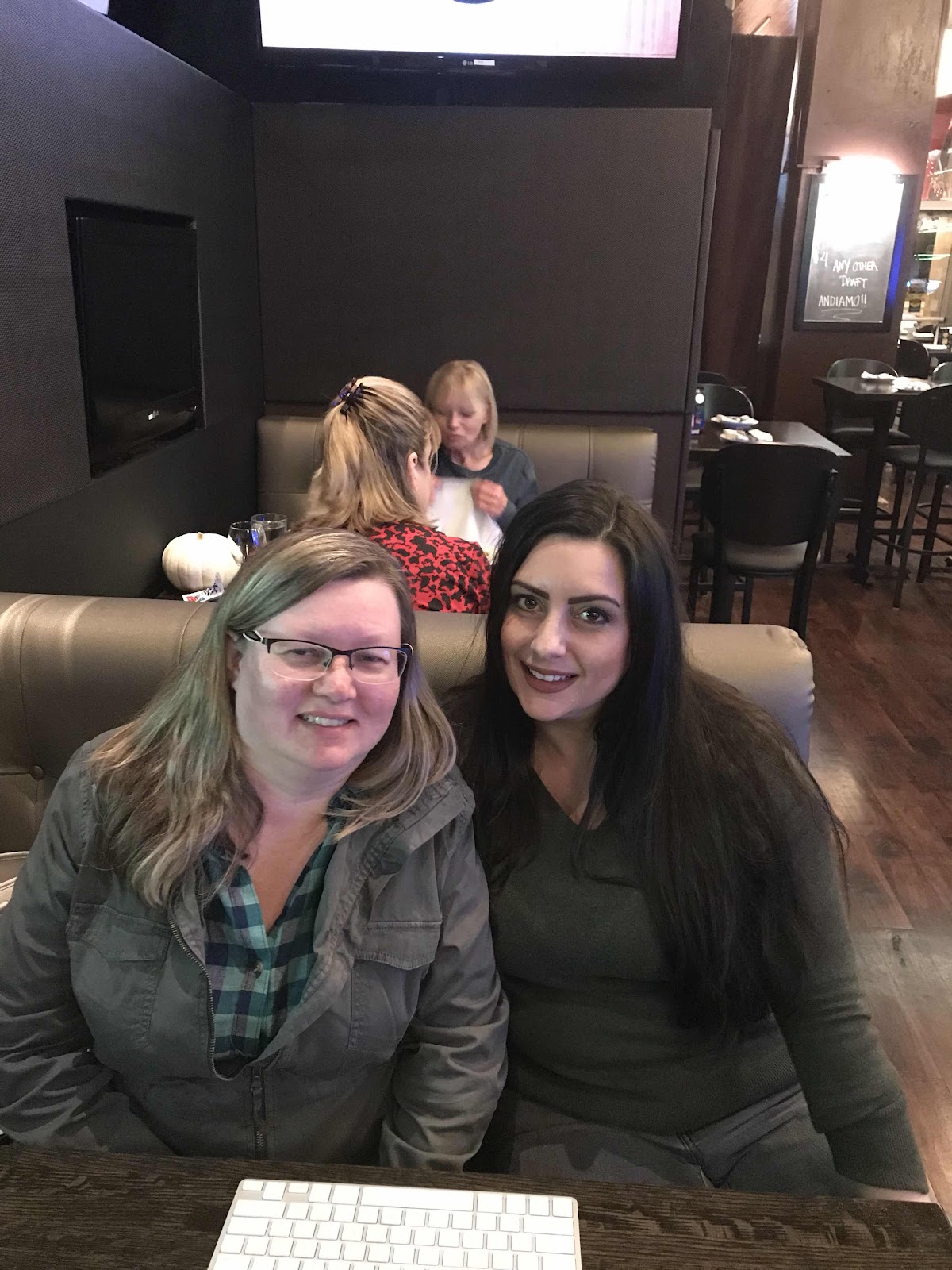 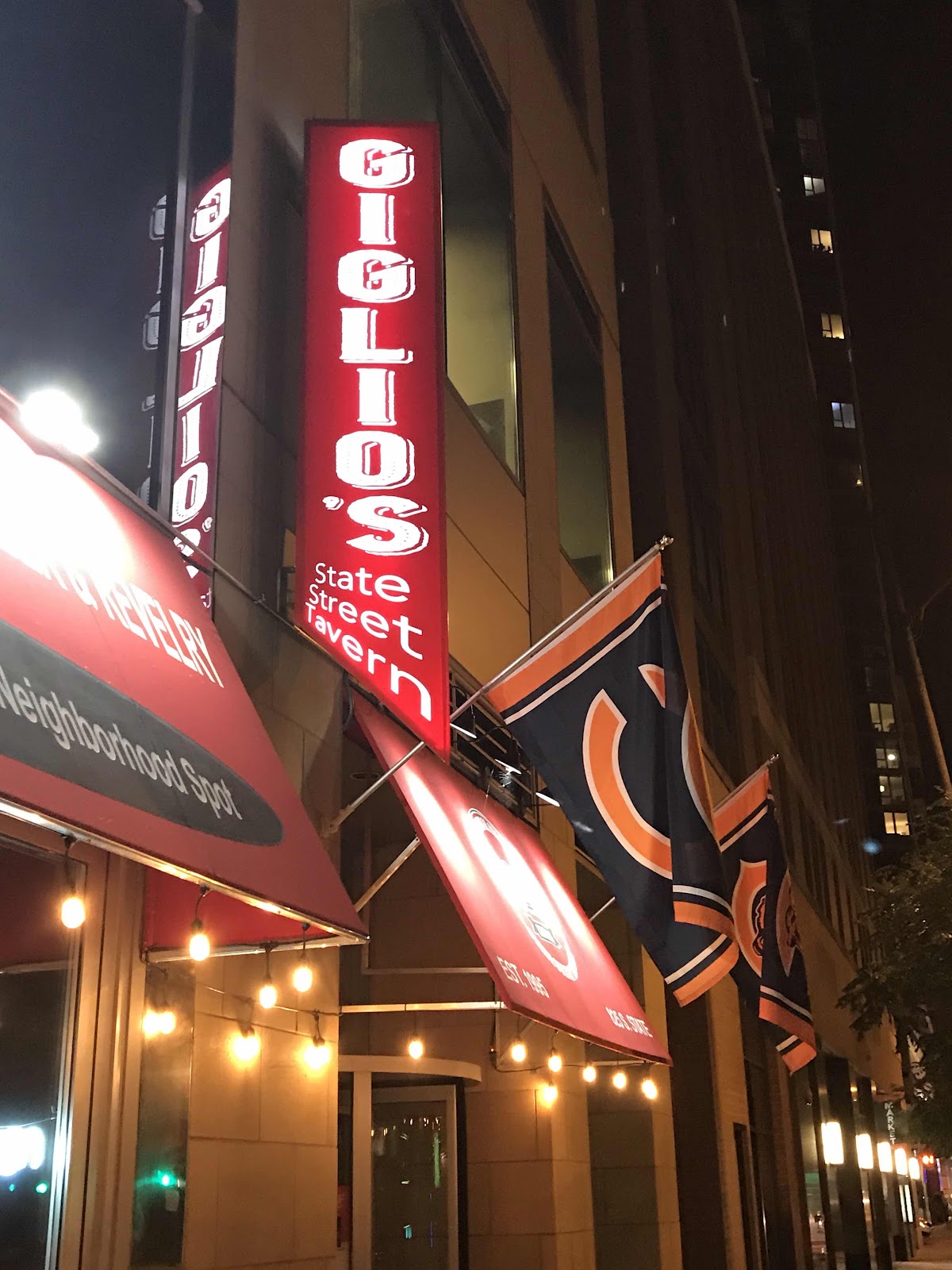