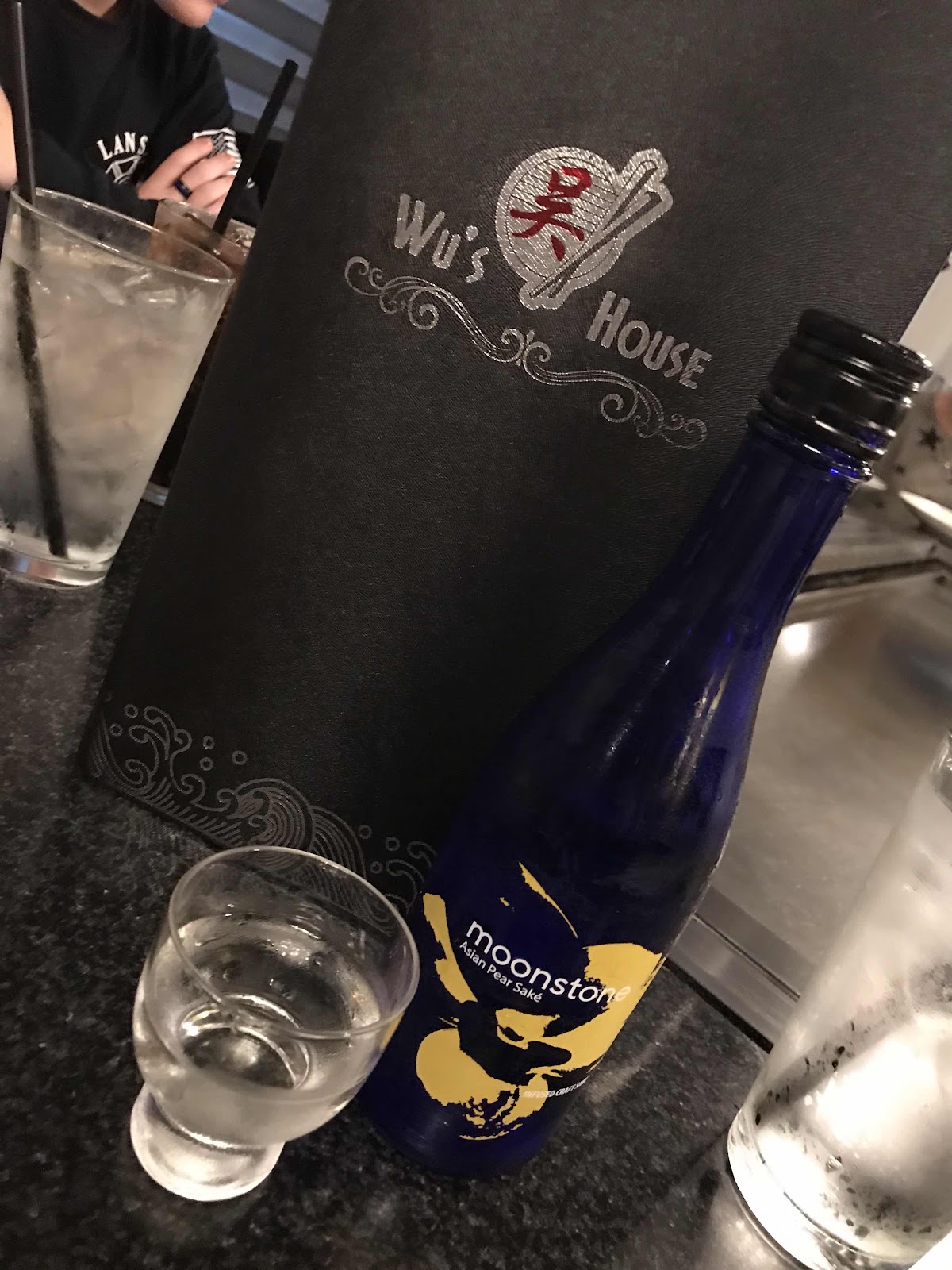 For years my son’s favorite places to eat have been Japanese steakhouses. I know his order by heart. Soup, fried rice (double fried rice and skip the vegetables if it's an option), chicken and steak (medium) cooked teppanyaki-style on a hibachi grill. If he has a choice of what to eat, this is always it. And he loves when there's leftovers to reheat the next day.

So, today was his birthday. So, when given a choice of where to eat, I wasn't surprised at his suggestion. He picked Wu's House, a Japanese steakhouse in Orland Park that he'd been to several times, but I hadn't been to yet. So, I was very excited to try it out. 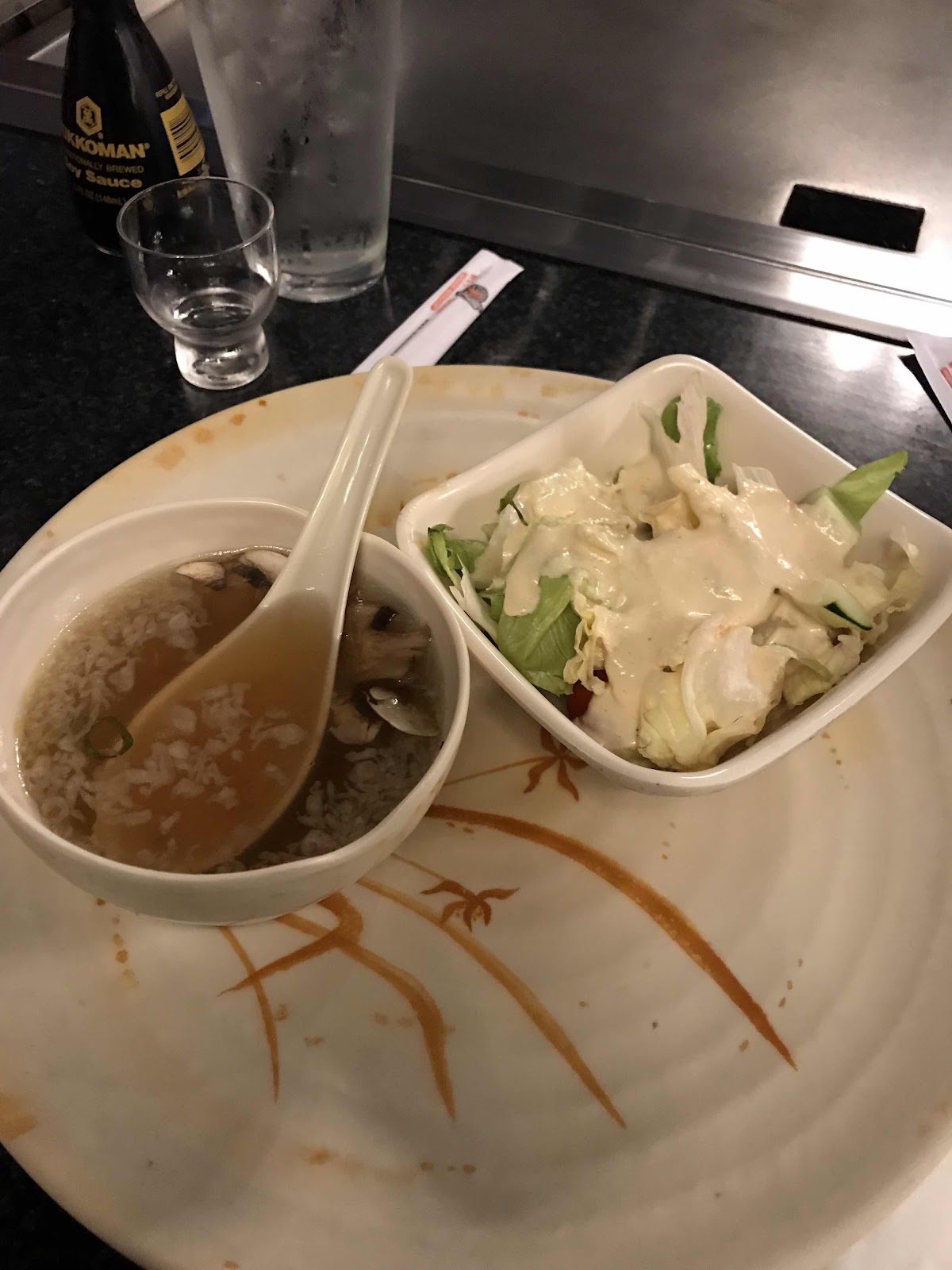 We went for lunch where the portions are a little smaller than at dinner, but the prices are also smaller. The hibachi lunch started at $11.99 for chicken and went up from there. You could select two meats for $17.99 from a pick two menu. It came with either clear soup or ginger salad and steamed or fried rice. It was a cold day and everyone else ordered soup, but I love the ginger dressing so much, that I opted for the salad this time. If you go for dinner, it includes both soup and salad with a shrimp appetizer, hibachi noodles and vegetables and steamed rice. 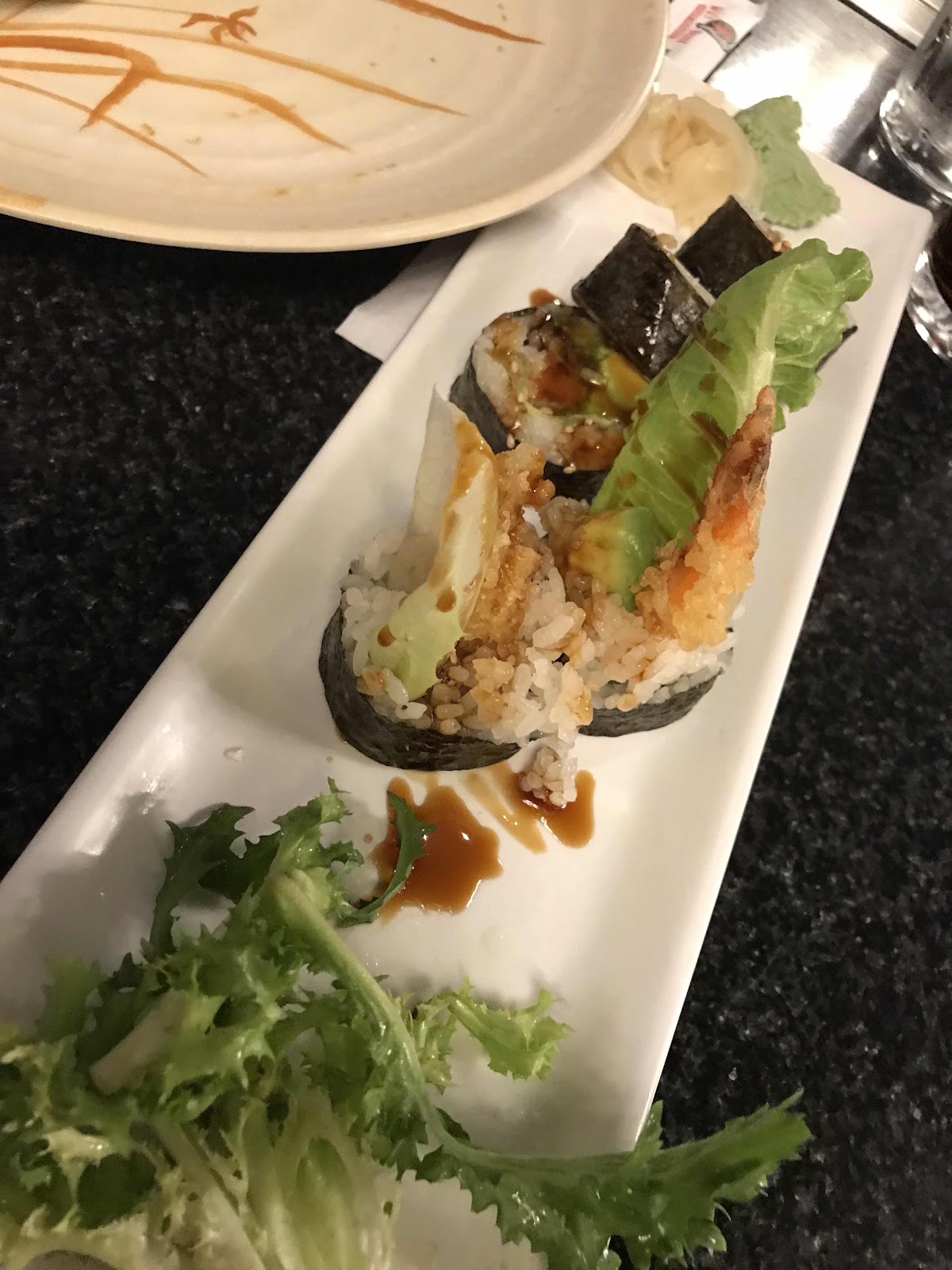 Hubby and I shared a little bottle of Asian Pear Sake, which was light and refreshing with a subtle hint of fruitiness. I also ordered a shrimp tempura maki roll for an appetizer. It came with five pieces, which was perfect for us to pass around and each try a bite.

You always get such a fun show, too, when you visit a Japanese steakhouse - between the flames, the veggies thrown your way that you try to catch in your mouth and the squirt of sake that the adults have to ingest without making a mess, the entertaining chefs make it an interactive experience that makes everyone smile. 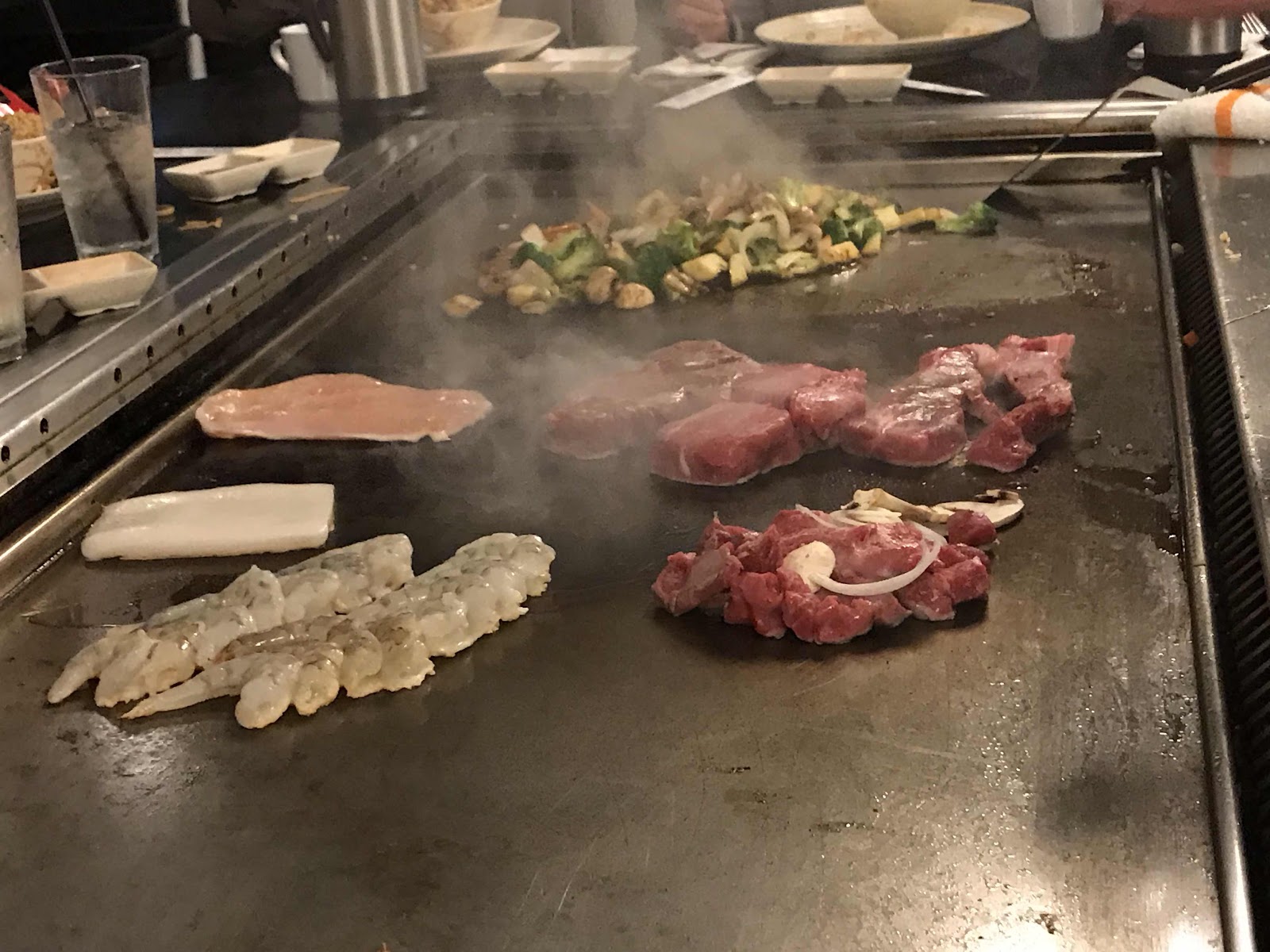 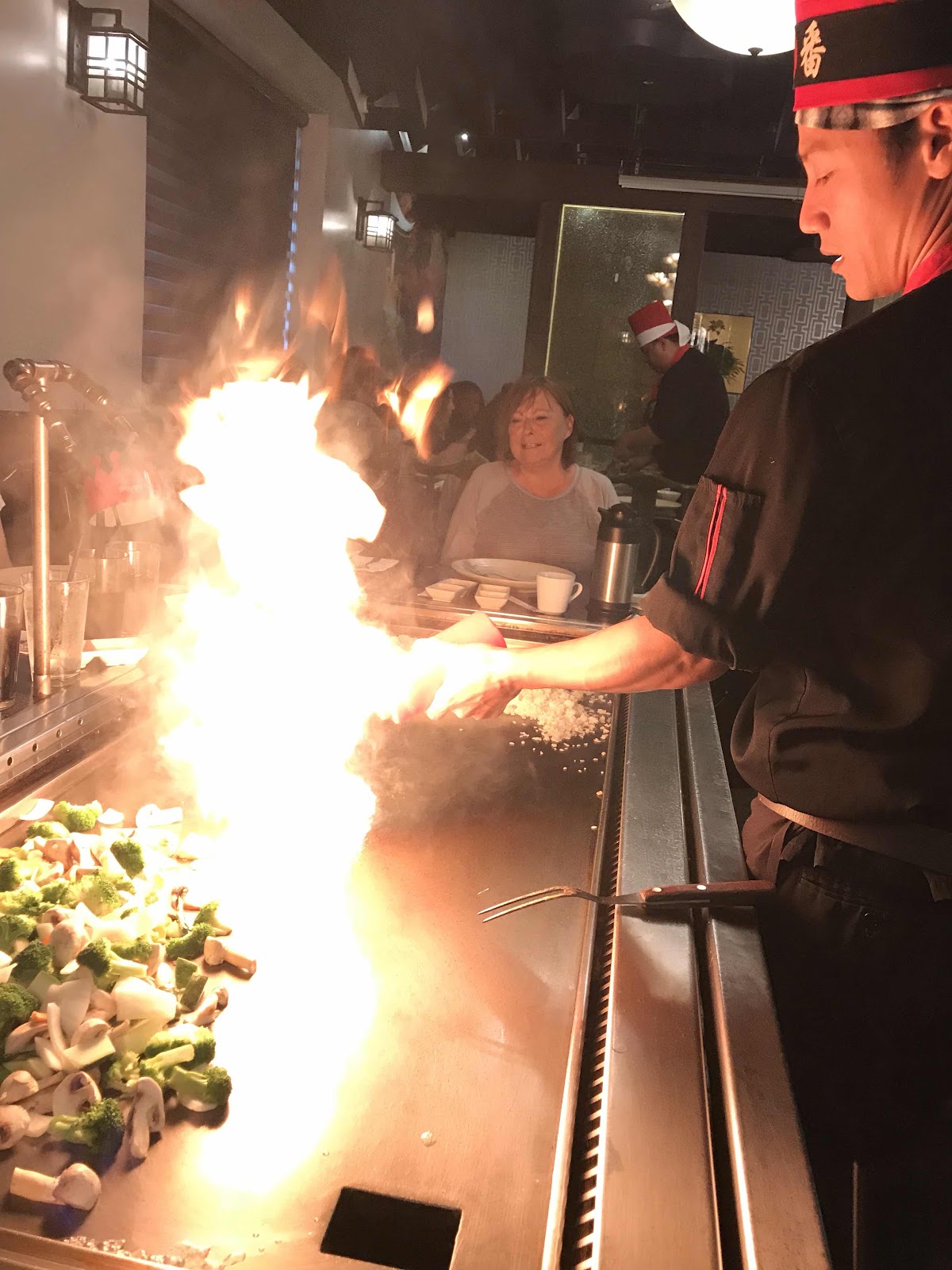 In the end, you're served a hot plate of meat and veggies with a mound of rice and I've never once been able to finish my meal. There's always some to take home for another meal. 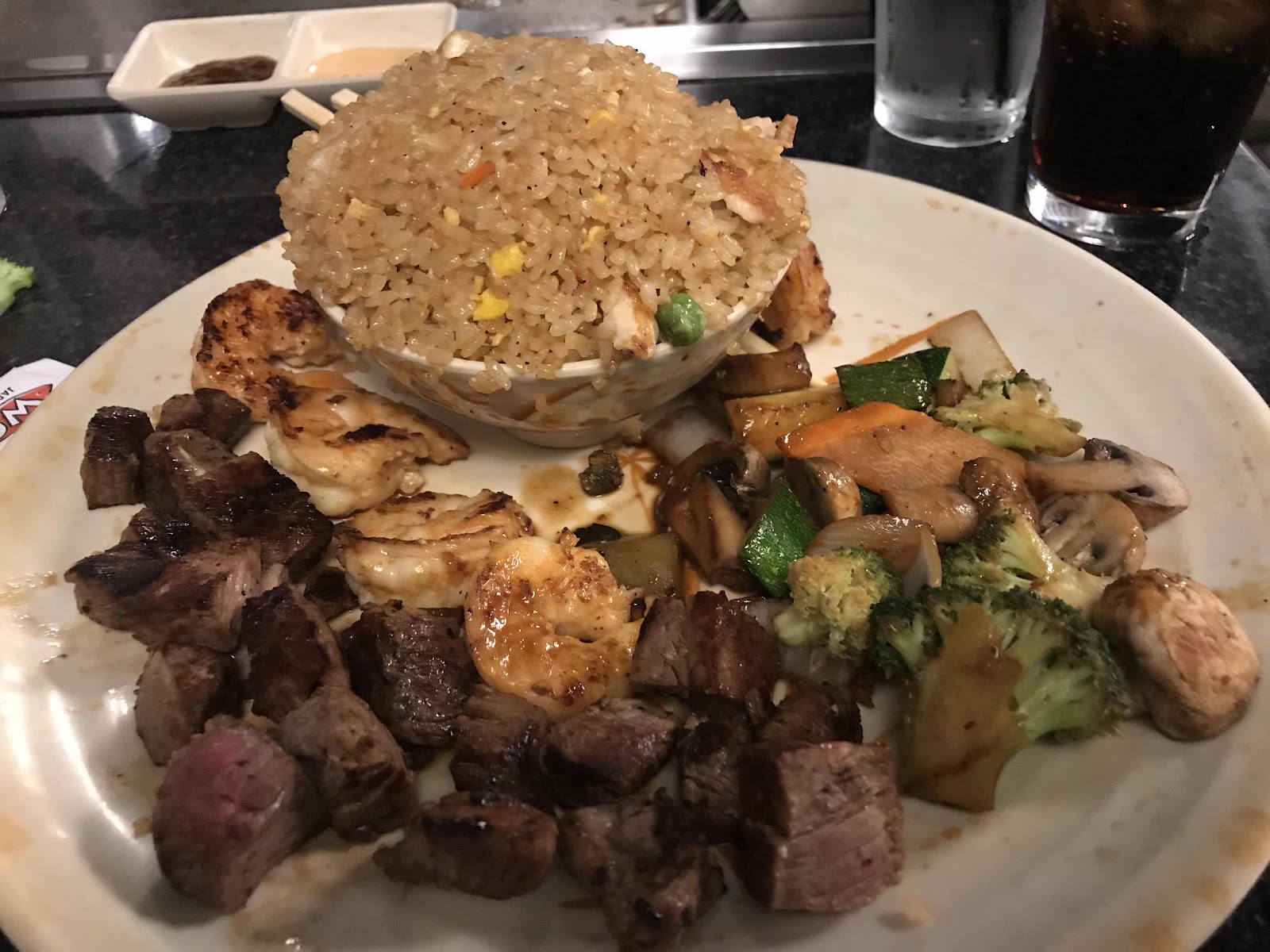 Much to my son's dismay, I notified the staff that it was his birthday - which meant he received a birthday crown, was serenaded with a Japanese birthday song and received a piece of birthday cheesecake. They instructed him to dance along with the song, but he wasn't going for it. He enjoyed his food and we all had a good time, even if he had to wear a crown. And he brought home leftovers, so he'll be a happy camper tomorrow at lunch time.