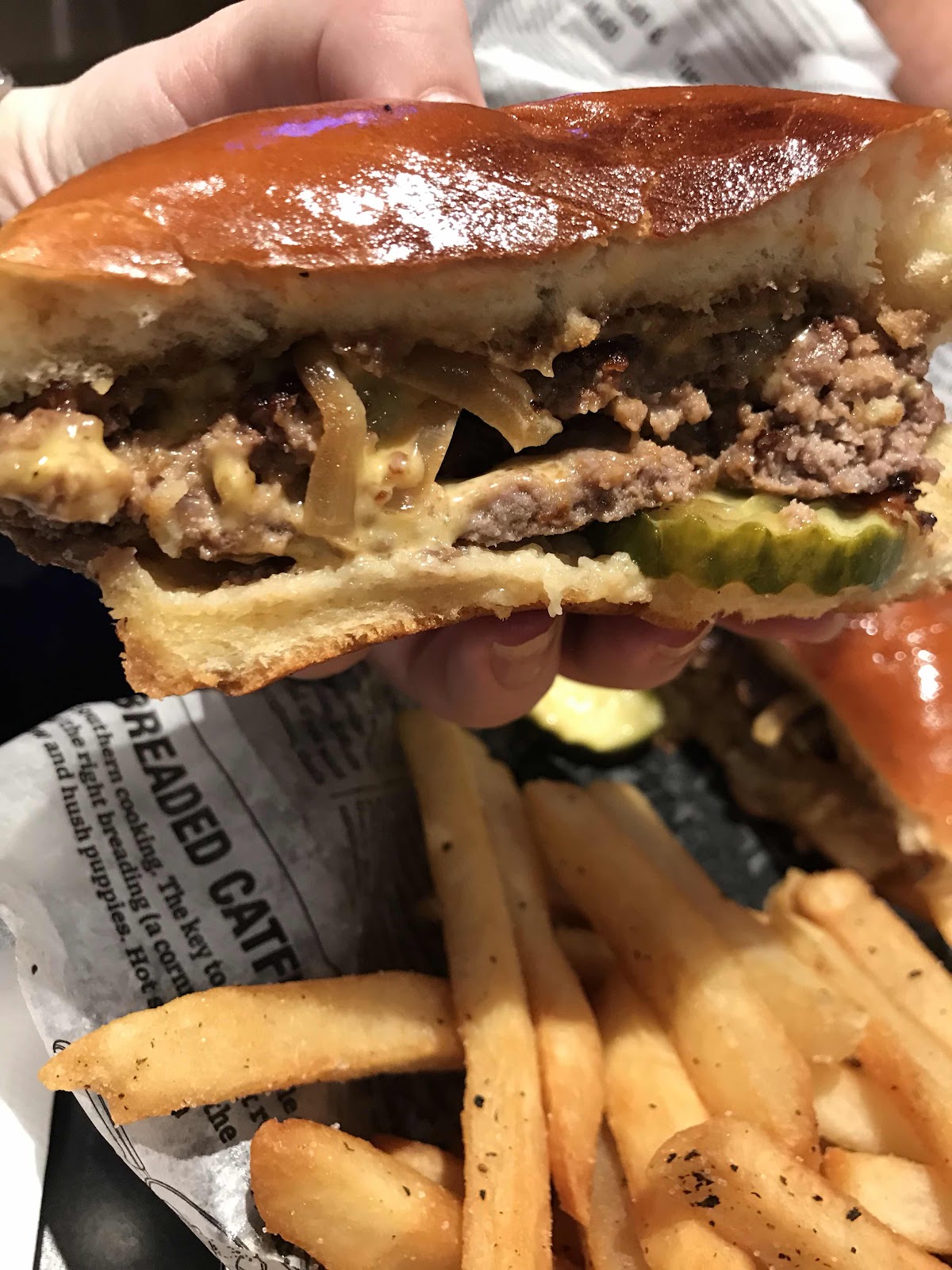 So, last weekend hubby and I attended Donut Fest at 350 Brewing in Tinley Park. It was a fun event, but after some rounds of doughnuts and beer, I felt like I needed something a bit more substantial with less sugar in my stomach.

I Googled nearby restaurants and among the list was Happy Bites Burger. I hopped over to their Facebook page and noticed they had been featured on Chicago's Best...and I know Elliott would not steer me wrong. (He's the nicest guy by the way...we've been at some events together and were celebrity judges at a charity chili cook-off for Make-A-Wish Foundation). I trust his judgement, so if he says it's good, I'm all in for trying it out. 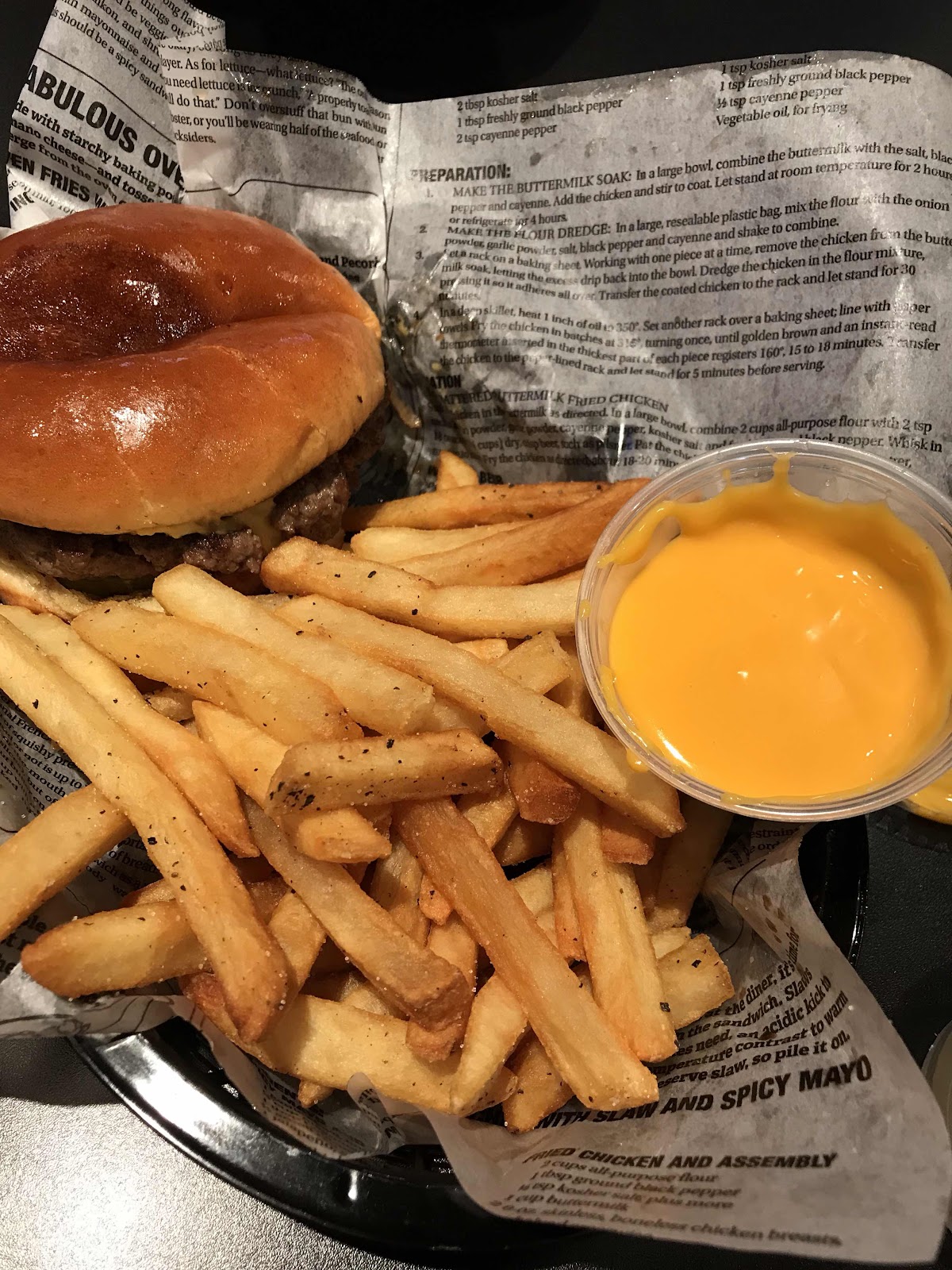 As I suspected, Elliott was right on. I loved my burger - the Juicy Lucy, which is stuffed with American cheese inside the patty with butter, grilled onions, pickles and worcestershire sauce. And those hand-cut fries were so good. The super friendly girl at the register said that it's a secret recipe, but they are seasoned so nicely. I had to get a cup of cheese for dipping, as well. 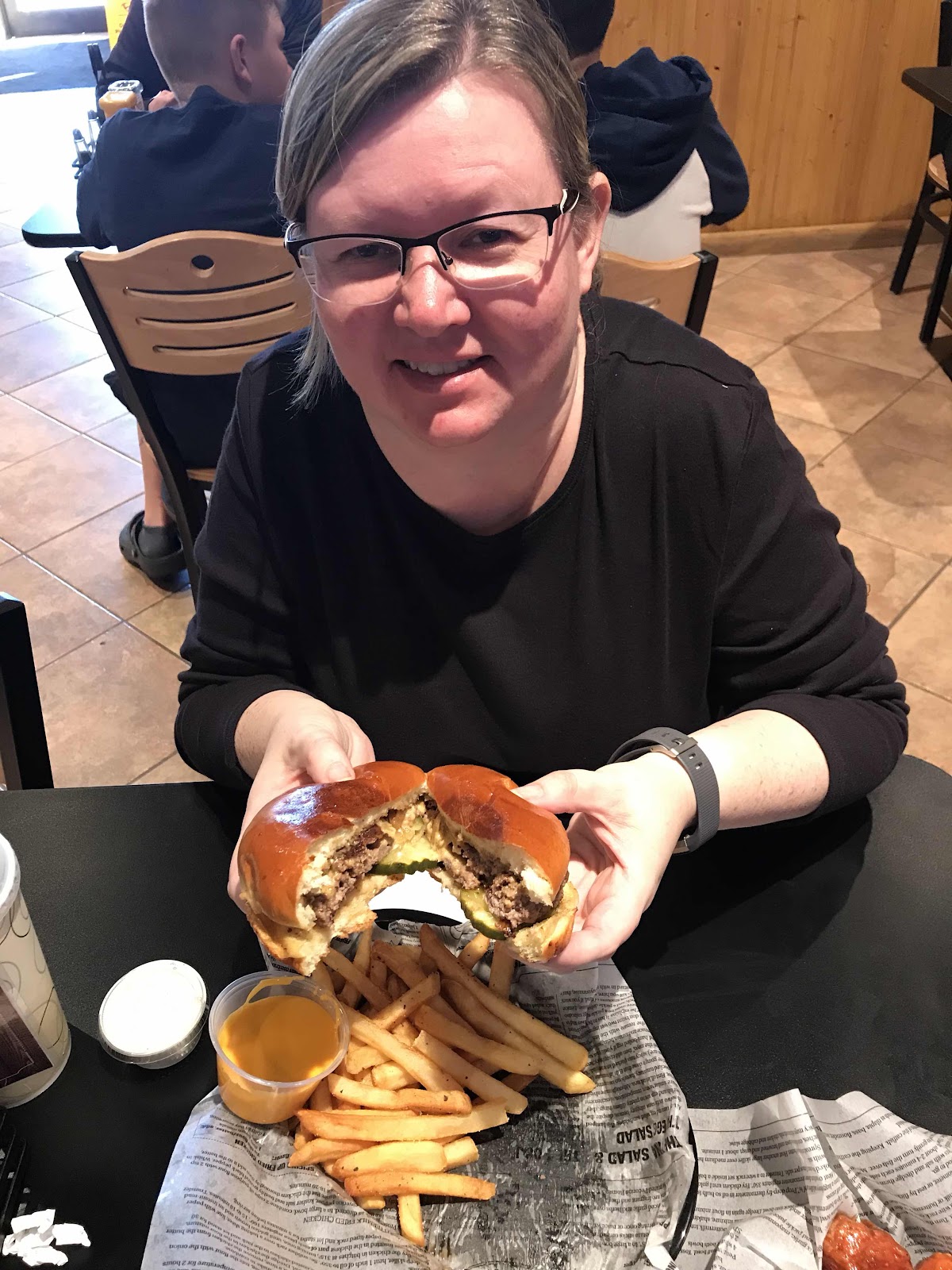 They also do chicken wings and we tried out the boneless wings with the Kickin' Bourbon sauce. They had a nice crunch outside and were super tender inside and the sauce was perfect for me - full of flavor, but not too spicy.

Also on the menu are chicken sandwiches, salads, hot dogs, soups and a variety of side - fries, onion rings, mac & cheese bites, cheese curds (totally trying them on the next visit), mozzarella sticks, fried mushrooms, fried pickles, jalapeño poppers and tater tots. For the those who don't eat red meat, there's an Impossible Burger and a Hawaiian BBQ Salmon Burger on the menu.

Prices are super reasonable. Most of the burgers are $7.99 and a few other specialty burgers go up a buck or two. None are more than $10.99 and that includes fries. If I can get a good burger anywhere these days for under $10, I'm happy. An order of small fries if $1.19. Wing baskets start at $4.99 and there are nearly 20 flavors to choose from. 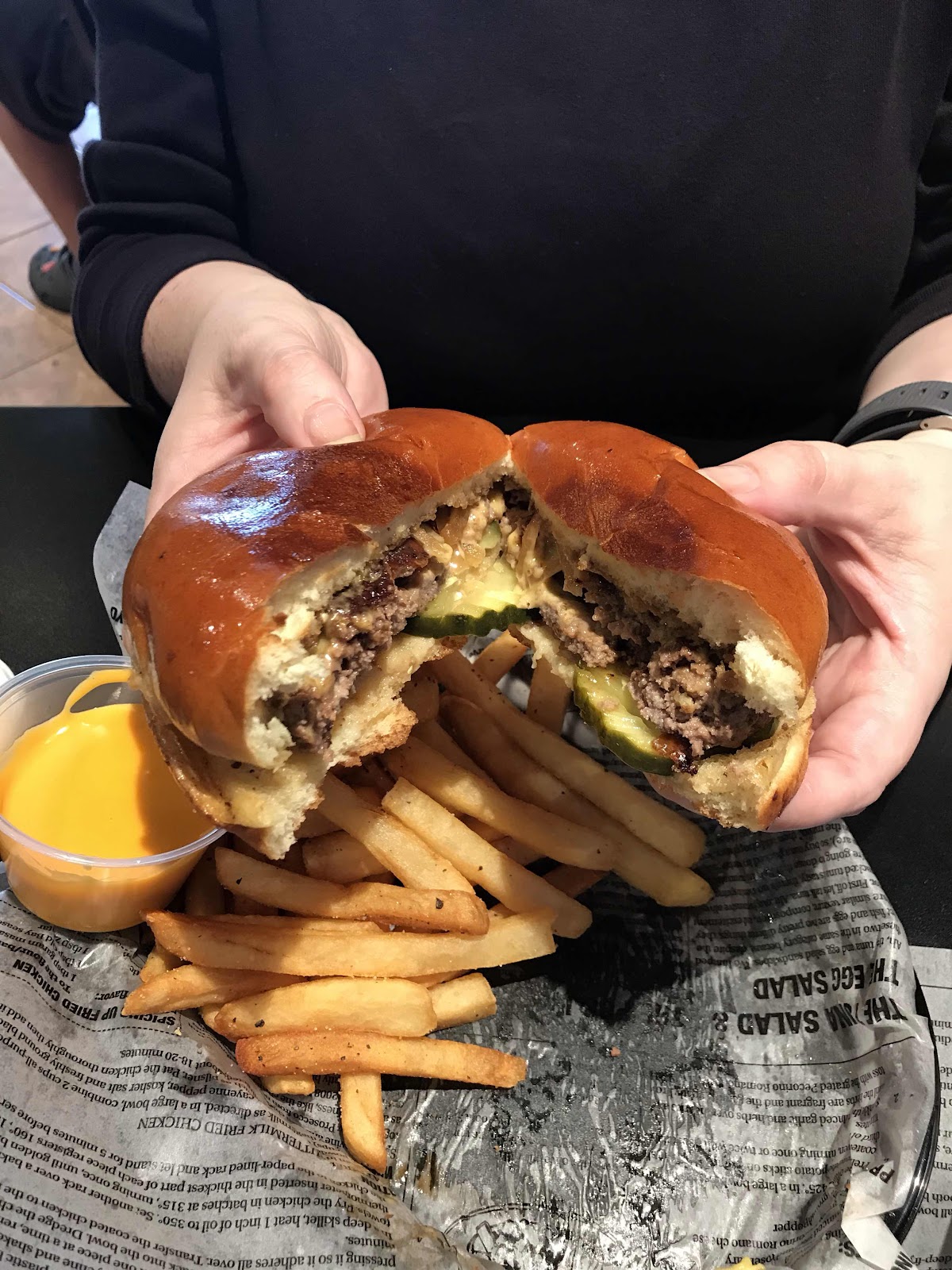 Each month, there is a burger of the month, so check their FB page for updates. There are also daily specials, like 50 cent boneless wings for 50 cents each on Mondays, a Buffalo Chicken Ranch sandwich for $4.99 on Fridays and $4.99 cheeseburgers on Sunday.

Be sure to try this place out. Elliott wouldn't steer you wrong and neither would I. 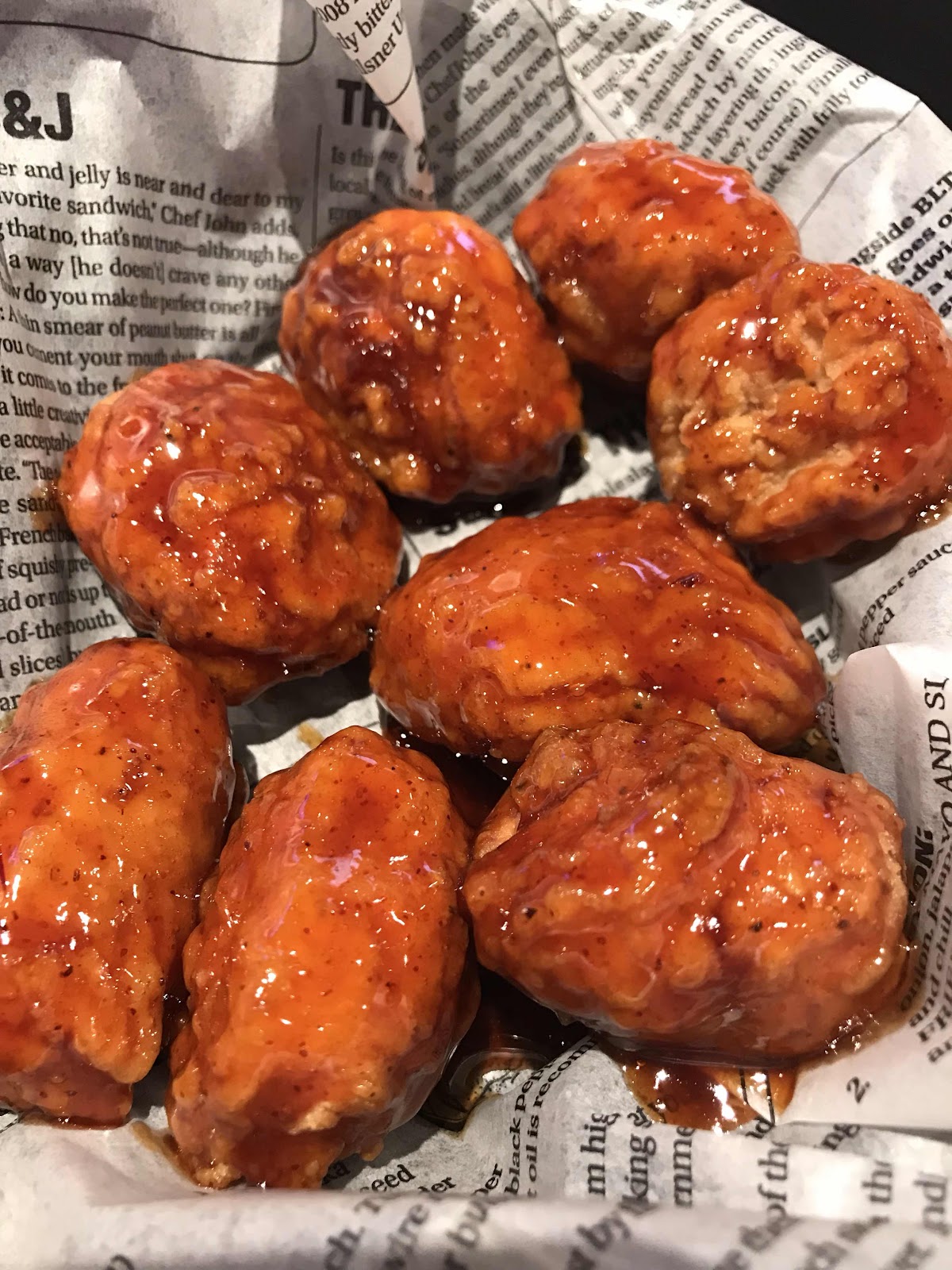