During the pandemic, I've tried to do carry-out orders more than usual to help support small businesses. I've also made an effort to find places not far from home that I have not tried before. Several of them have been pizza places. Pizza always makes a satisfying meal - especially for me feeding 7 in our house. Teenage boys love pizza. 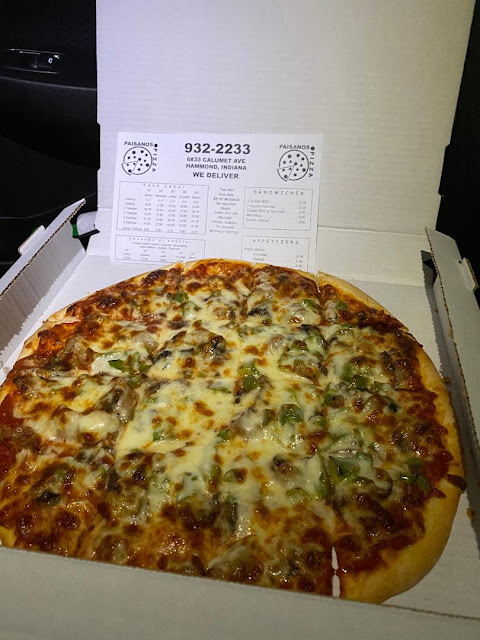 So, last month I had a reason to leave the house one day, which was a thrill. My niece's travel baseball team from Central Illinois was playing at the Hammond Recreation Center, a new facility that opened in the last year or two that I had never been to. I was only there for less than an hour, but it felt good to get out and do something that felt somewhat normal and to see the kids having a good time playing.

Once the game was done, I was hungry. I consulted Siri to find a place in the area to pick up a pizza that I had not tried. Paisano's Pizza World came up. It was close by. I called in an order. They advised me it was cash only and luckily I had enough cash on me. 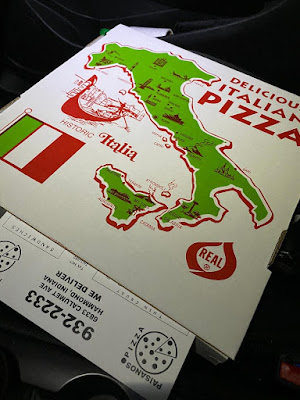 It's a little carry-out that I did pass by and had to loop back around to get to. There's not really a parking lot, just a long drive, so you have to squeeze in there if you can or pull off on a side street from Calumet Ave. I ran in, got my pizza and the smell was just pulling me in. It did not make it home in tact. I think I ate 4 pieces on the drive back.

It was a delicious, classic thin crust old-school pizza that just reminds me of childhood and home and good Chicago pizza. The toppings were generous and I am hooked. I'll definitely being picking up a pie from this place again and suggest you try it to if you happen to be in Hammond, Indiana. 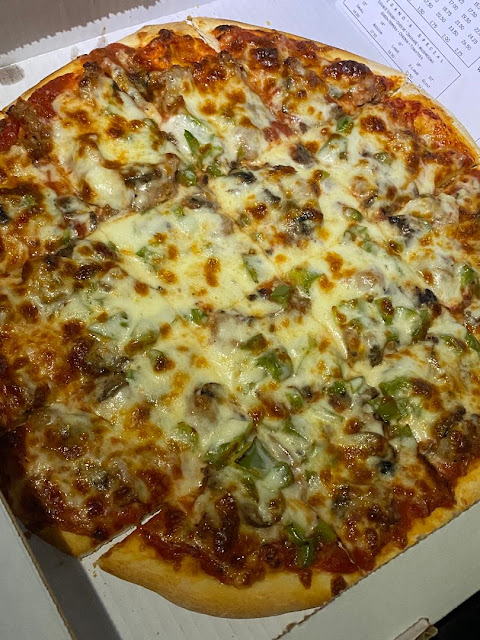