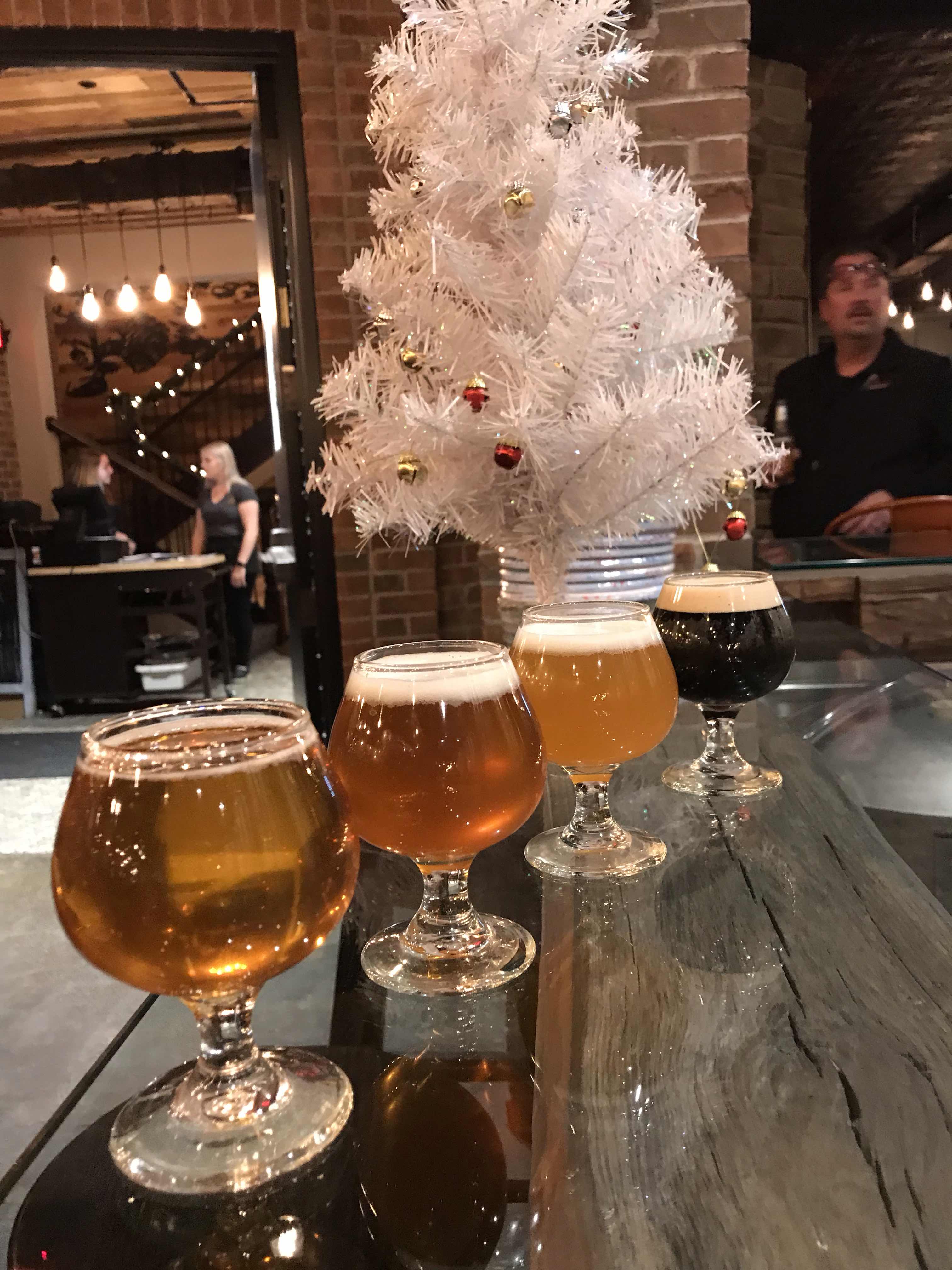 Hubby celebrated his 50th birthday last week and I suggested a visit to Chef Klaus' Bierstube in Frankfort for dinner. I figured he could have some Hofbrau on draft and a plate of sausage or schnitzel. His father grew up in Germany and so we've always enjoyed German food - and beer. However, hubby mentioned another place in Frankfort and was interested in trying something new. We'd just been to Chef Klaus' in October when we were attending several Oktoberfest events, but none of them had any good authentic German food. I'm always up for checking out a new place - and hubby picked a good one!

We ended up at a brewery in the historic downtown district called Trail's End Brewery. Hubby had been there one day to try a beer while his car was being serviced at a dealership nearby. He liked the beer and wanted to revisit and try some of the food. And who was I to argue? 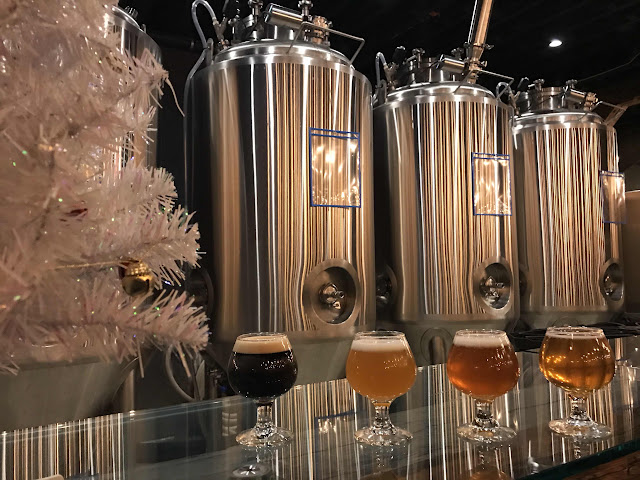 We started with Oaxaca Cheese Fondue. It came with house-made tortilla chips and Bolillo bread and pico de gallo.  It was so good and I had to force myself to slow down so I didn't fill up before I got the rest of the meal. 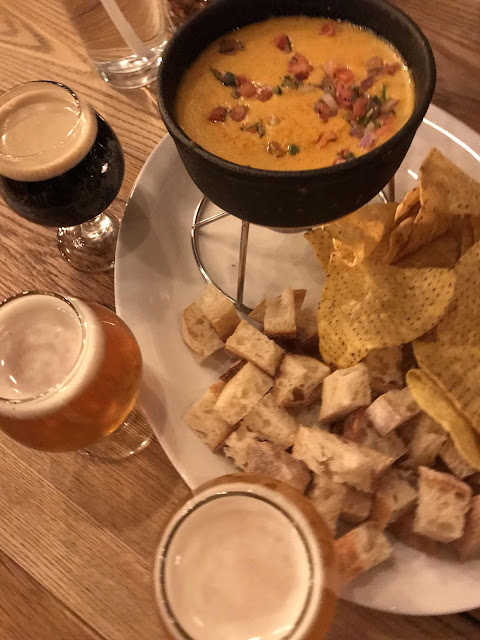 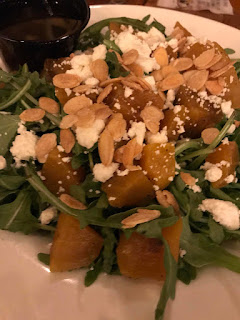 We spotted the big brick pizza oven from across the room and had to try it out. We got a pie with sausage, mushroom and onion. It had a nice crispy crust that was thin and pretty perfect. We also split a salad with one of my favorite foods on the planet - golden beets. It also had arugula, feta cheese and toasted almonds with an orange vinaigrette dressing. 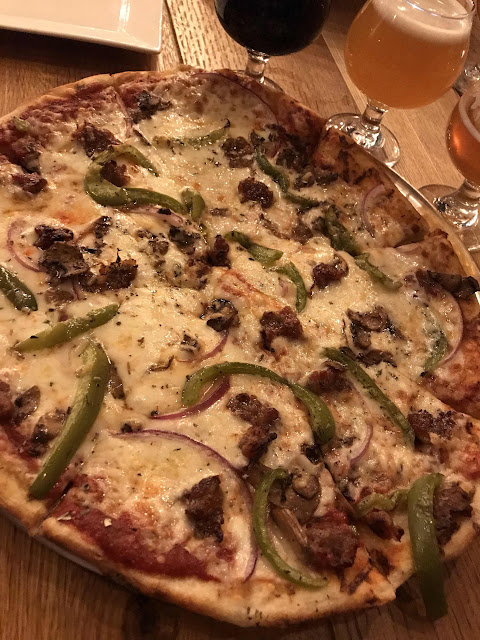 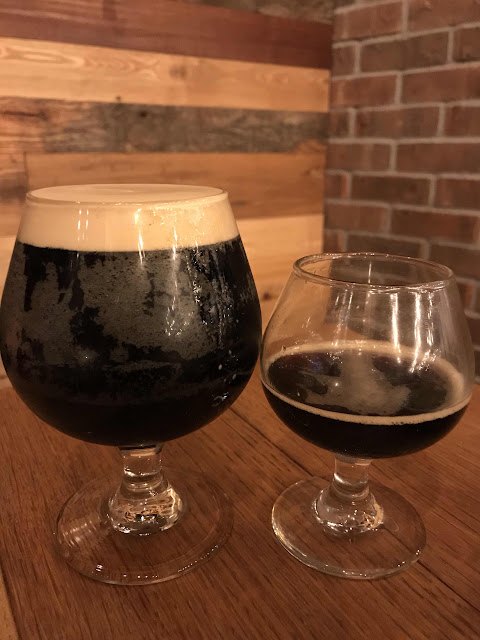 We had a flight of four beers - a hefeweizen, a blond ale, an IPA and a chocolate milk stout, that won hubby's approval. He had to order a larger snifter to finish off the meal. 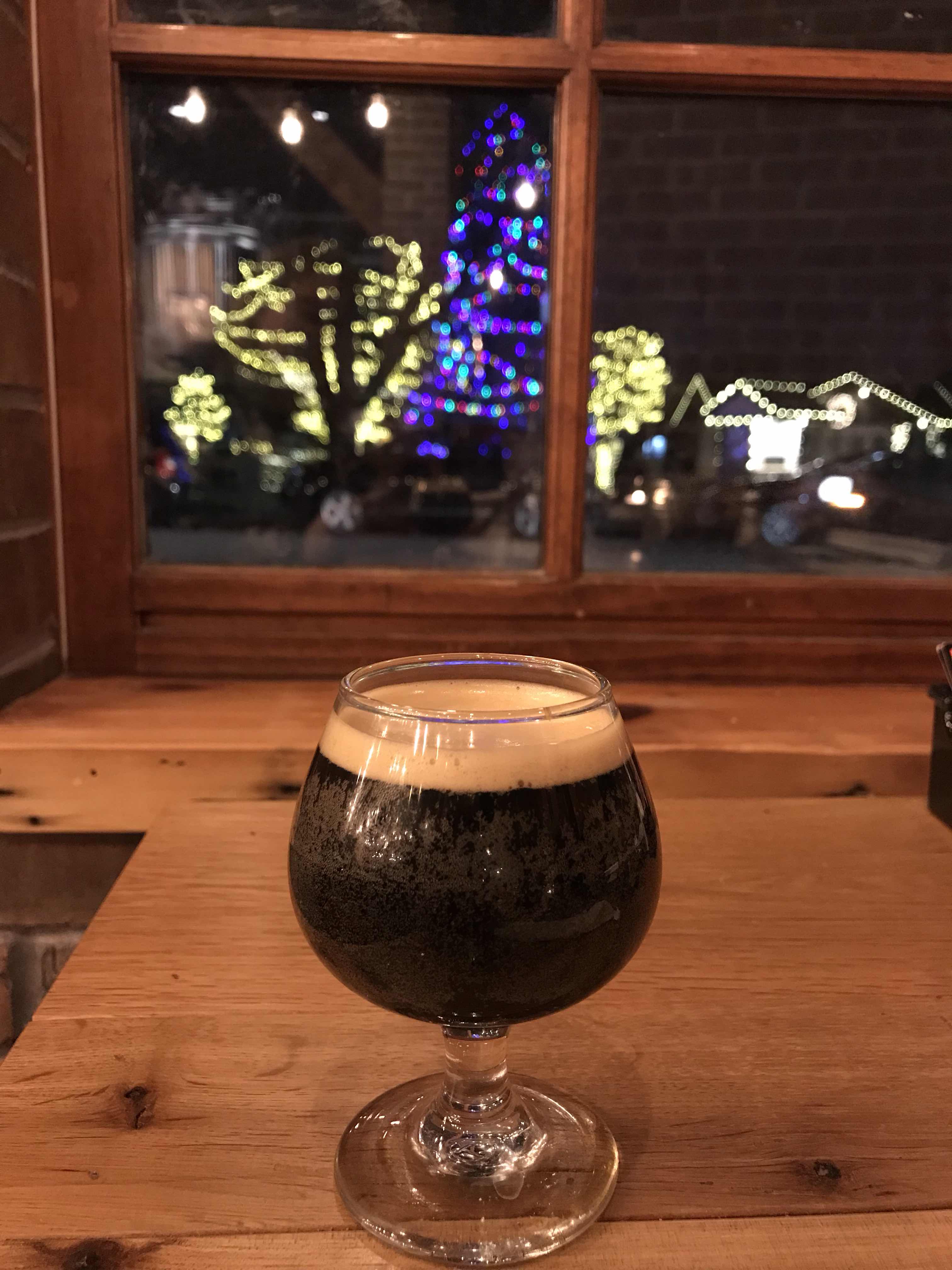 This place definitely lands on the list of places we will return to - for both the food and the beer. And if you haven't spent time in downtown Frankfort, it has the cutest historic business district with an old grain tower and general store and an old pub in a building that goes way back and a variety of shops. It was especially pretty around the holidays with the downtown all lit up. Looking forward to our next visit! 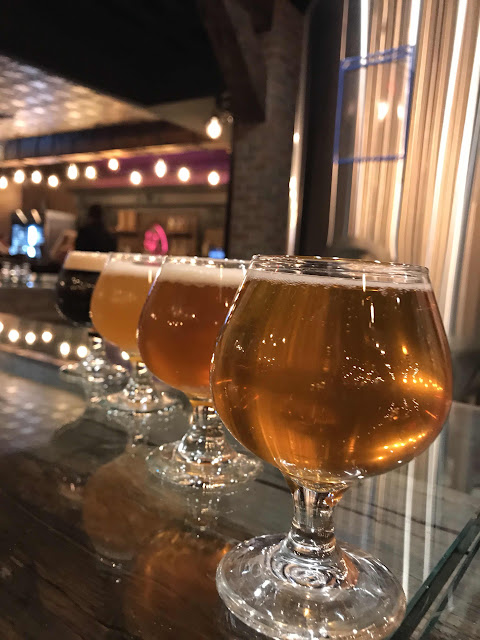 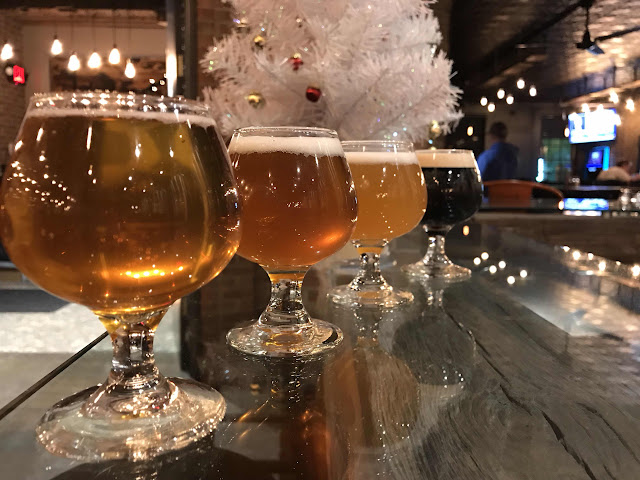